revolution is a collection of limited edition properties, ranging from functional pavilions to modular homes. the project — conceived by high-profile real estate developer robbie antonio — unites creatives such as daniel libeskind, sou fujimoto, and lenny kravitz’s company kravitz design to create a series of prefabricated, livable spaces. each pavilion and home is individually branded by its designer’s personal concept of spatial form and social function. the series was launched at design miami 2015, with a prefabricated dining pavilion by zaha hadid taking center stage. 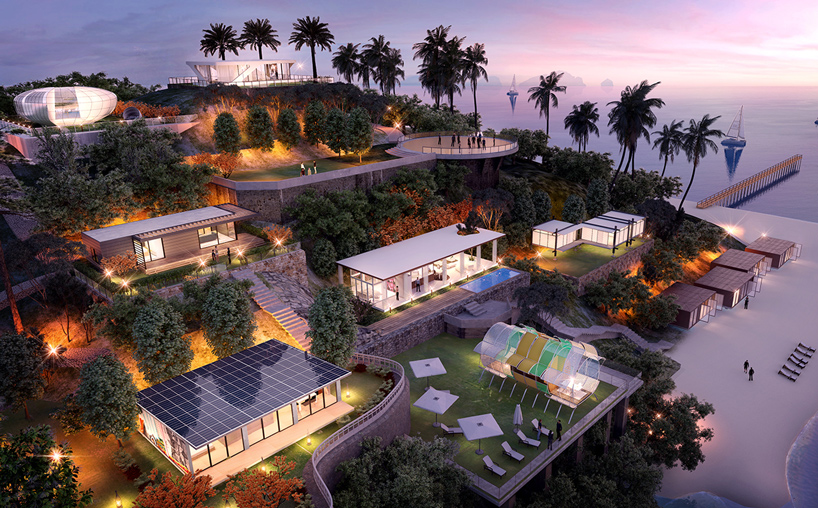 the collection ranges from functional pavilions to modular homes

robbie antonio is the founder and president of new york-based antonio development, and managing director of philippine-based century properties. renowned for his visionary work and innovative collaborations, revolution is antonio’s most recent independent project. over the past decade, antonio has been involved in developing premier commercial, residential, cultural and civic projects around the world. these collaborations have been realized alongside artists, architects, designers and brands, such as ron arad, sou fujimoto, trump organization, forbes media, takashi murakami, versace home, armani casa and damien hirst. antonio has worked with eleven pritzker prize-winning architects including zaha hadid, I.M. pei, rem koolhaas, tadao ando and richard meier, and no less than 67 international brands.

to learn more about the revolution precrafted initiative, designboom spoke with robbie antonio who explained his creative vision in more detail. read the interview in full below, and see designboom’s previous coverage of revolution here. 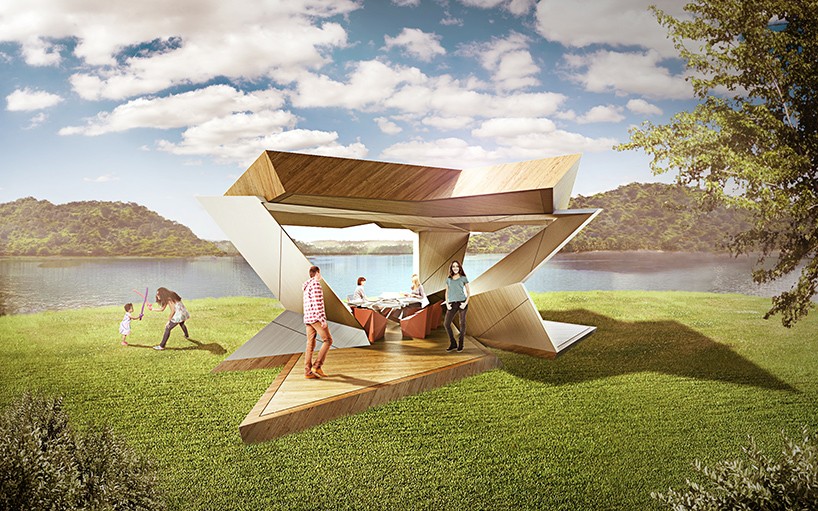 the recreation pavilion by daniel libeskind for studio libeskind

designboom: can you tell us about revolution precrafted? how did it originate, and what are its aims?

robbie antonio: revolution is a collection of limited edition, precrafted properties, including homes and pavilions. the project unites over 30 of the world’s preeminent architects, artists and designers to create an exclusive series of prefabricated, livable spaces. with a network of cutting-edge technologies and cost-efficient production systems, revolution is democratizing high-design and architecture by introducing designed spaces in exclusive collaboration with industry leading creatives. revolution was created to sell designer homes to landowners, developers and end-users across the globe at a reasonable price. the platform appeals to both individual collectors and large-scale developers interested in buying several properties at a time. 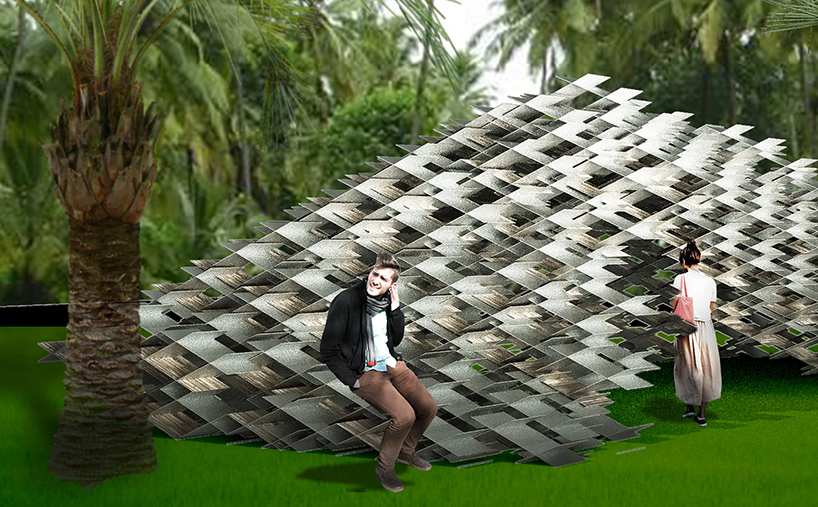 DB: how was the experience of bringing together some of the world’s best known architects as part of one project?

RA: it has been an interesting one. but when the top architects signed onto the project, many followed suit. but we are also expanding the network of creatives by integrating fashion designers, artists and product designers. designers including kengo kuma, gluckman tang, campana brothers and the late pritzker prize-winner zaha hadid — to name a few, and brands will collaborate to create collectible, unique structures. each pavilion and home is individually branded by its designer’s personal concept of spatial form and social function. the result is a diverse and global collection of architecturally-innovative, precrafted properties, ranging from functional pavilions to modular homes. 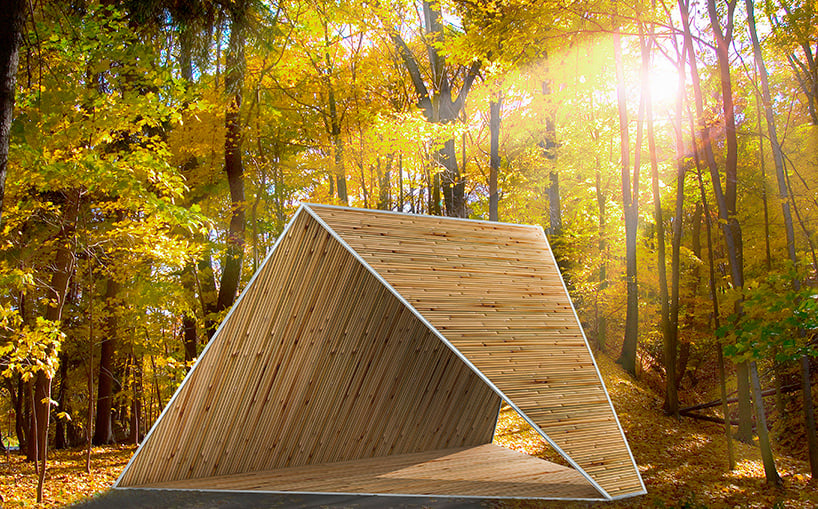 the bamboo pavilion by campana brothers

DB: how does the independent nature of revolution precrafted compare with your previous projects? does it give you a greater sense of satisfaction?

RA: I have and continue to build high-design residential and commercial towers. revolution is a unique concept as it allows us to serve developers and end-users in multiple countries with various needs in terms of size and price.

DB: how important is it that the series democratizes design and makes world-class architecture available for more people?

RA: this was one of my primary goals. it’s a legacy I would like to leave. 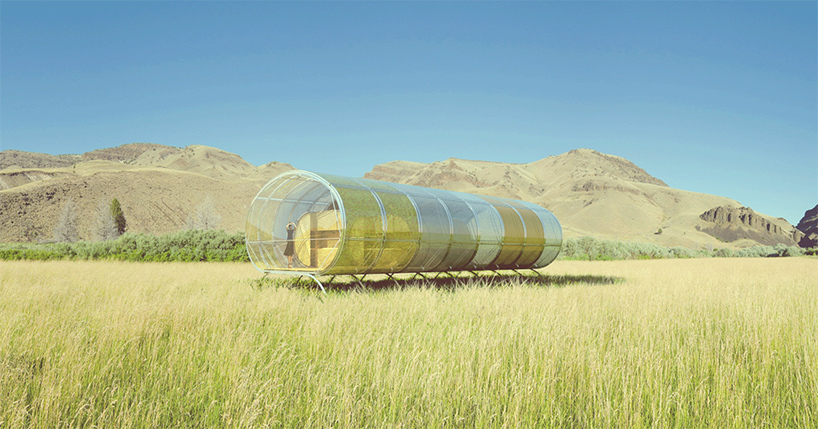 casa A by selgascano in collaboration with helloeverything

DB: can we expect to see more properties revealed in the coming months?

RA: yes, we have lots more to be released, including some major pritzker prize architects.

DB: do you have a personal favorite property?

RA: the diversity of our collection is unparalleled — so it’s too difficult to say. 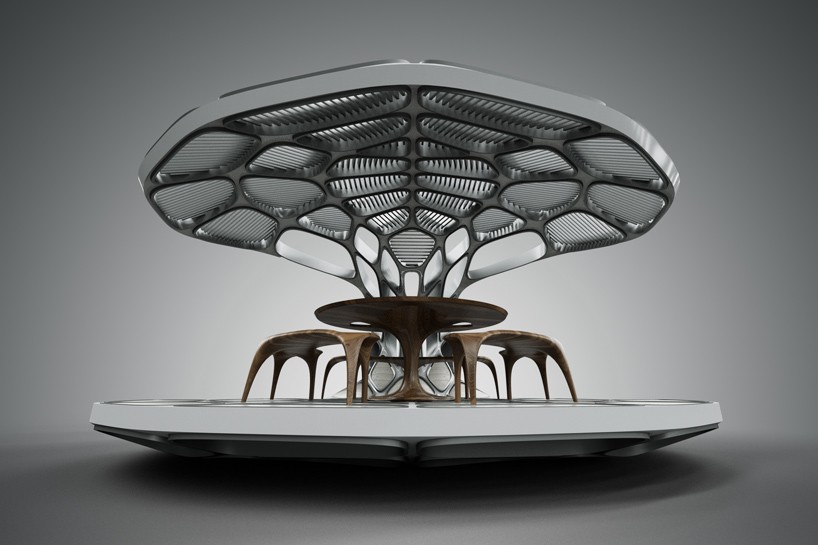 DB: one of the completed pavilions is ‘VOLU’ by zaha hadid. what do you feel made her work so distinctive?

RA: the details are so complex and precise. as a friend and business partner of zaha, the pavilion has a special sentimental value that supplements its legendary design integrity.

DB: you have worked closely with many high-profile architects and designers. which similar qualities do they have, and what makes them stand out above the rest?

RA: it isn’t enough to work with a great architect. it is necessary to get their best work. the constant back and forth when working with a client is the common thread in achieving the best results. 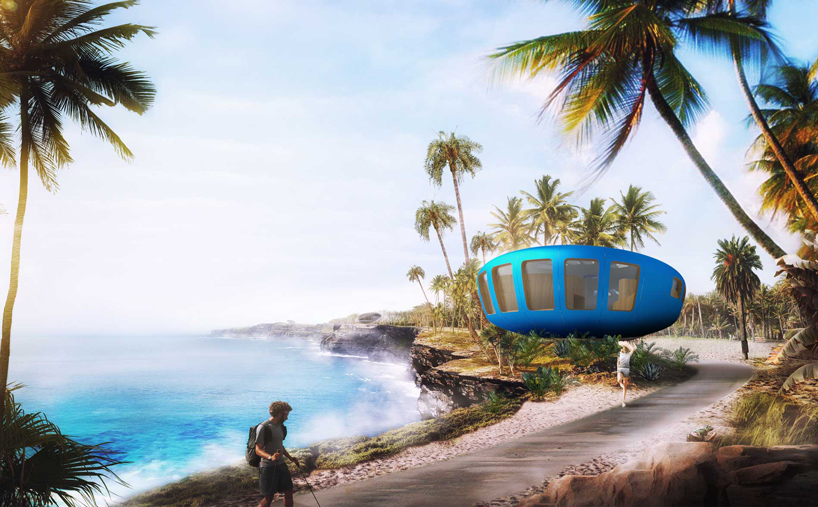 the nest pod by fernando romero

DB: where did your personal appreciation of art and architecture come from, and how has it developed over time?

RA: I am a visual person. I feel art, architecture and design are intertwined and I am lucky to have grown up in a visually stimulating environment.

DB: can you tell us about any other exciting projects you are currently working on?

RA: I am currently speaking to a major pritzker prize architect to design a unique concept that showcases art and installations. 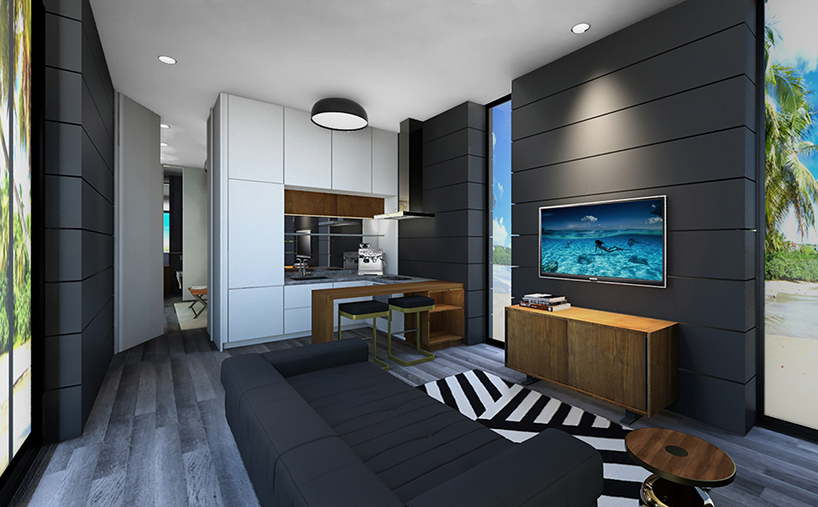 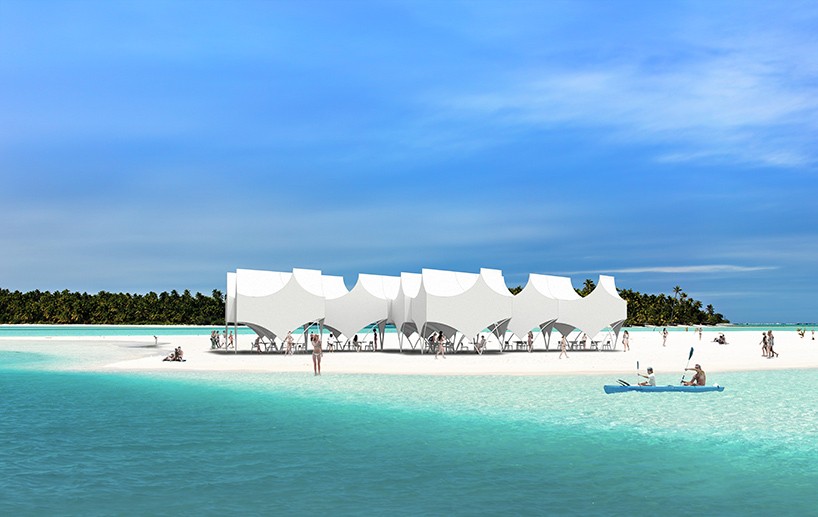 the bettina pavilion by michael maltzan 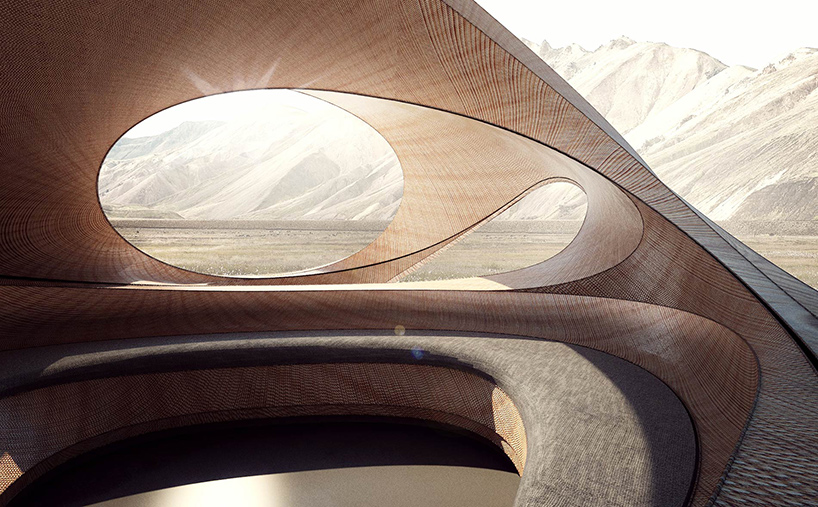 the ellipsicoon retreat pavilion by ben van berkel of UNStudio 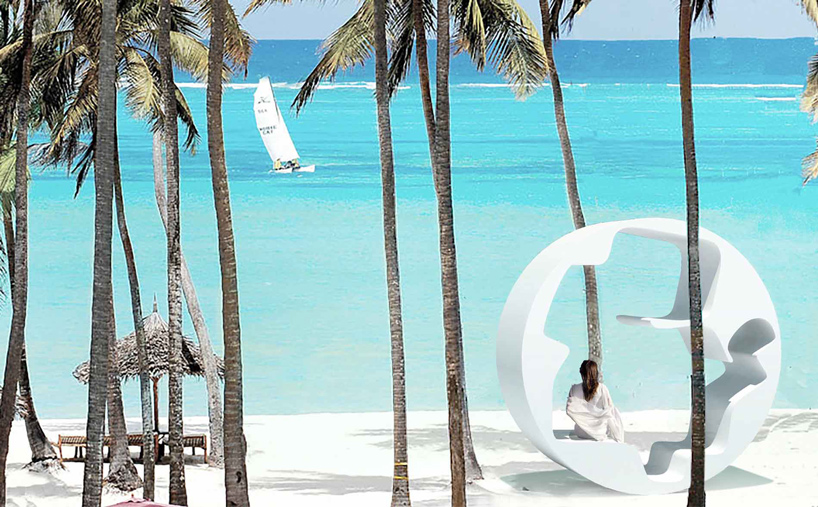 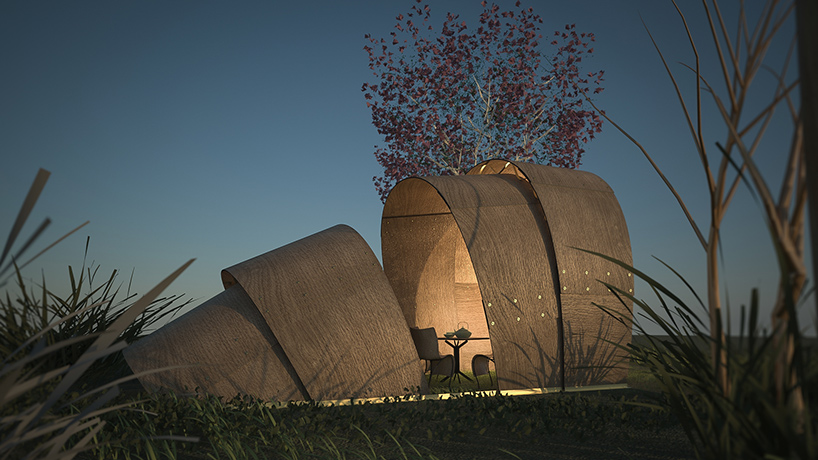 the billboard house by david salle in collaboration with AA studio 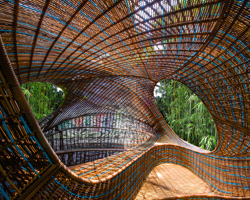 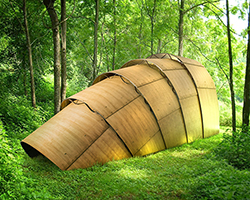 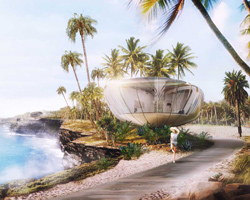 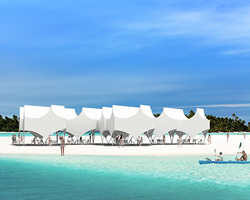 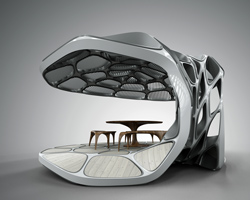