new york architecture firm, REX, has transformed a 1970s office building in santa monica, california, into a more efficient work space with new amenities for the employees of interactive entertainment company activision/blizzard. the faceted intervention replaces the double-width central floor plates in the original building’s figure-eight plan. after the northridge earthquake in 1994, a moment frame was built to help reinforce this central section. as the integral floors could not be altered without affecting the structural stability, they were completely removed. without the supportive planes, diagonals which form an N in plan provide lateral bracing. a new system of spaces for communal interaction and relaxation has been inserted. defined by a series of bifurcated floor plates, bends at column intersections prevent buckling, and allow the space to double as staged seating and circulation. upper levels are designated for use by the publishing division of activision, while the entry level and its associated cafes and lounges are used by both company branches. 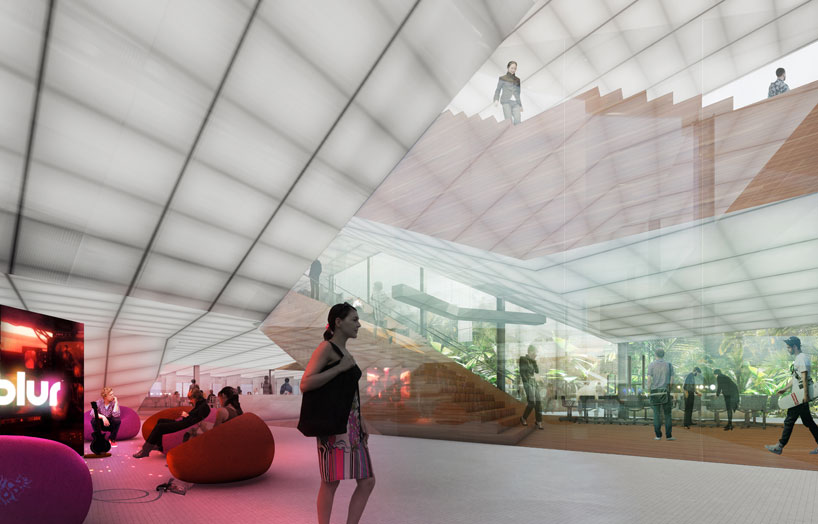 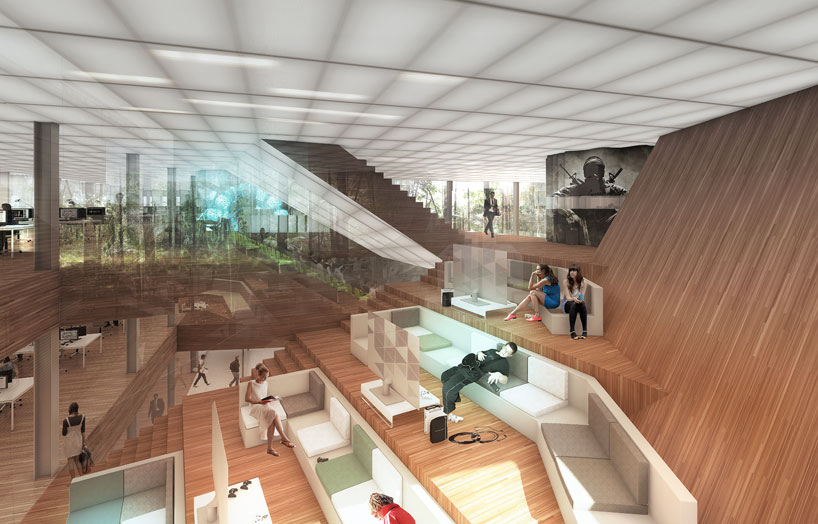 the design also removes partitions remaining from previous multi-tenant use, and exchanges cubicles for efficient work stations with the same amount of storage and desk space, while occupying 25% less area. around the outer most perimeter are private offices, with leadership clusters at the corners. the inner edge has a second raceway around the central courtyards. the low-e glass enclosure allows views through the green space to the ‘nucleus’ where employee lounges, and cooperative and interactive spaces are concentrated. the visually open nature of the renovation encourages collaboration.

efficient work stations have the same work and storage areas as the existing cubicles, but take up 25% less space
image © luxigon 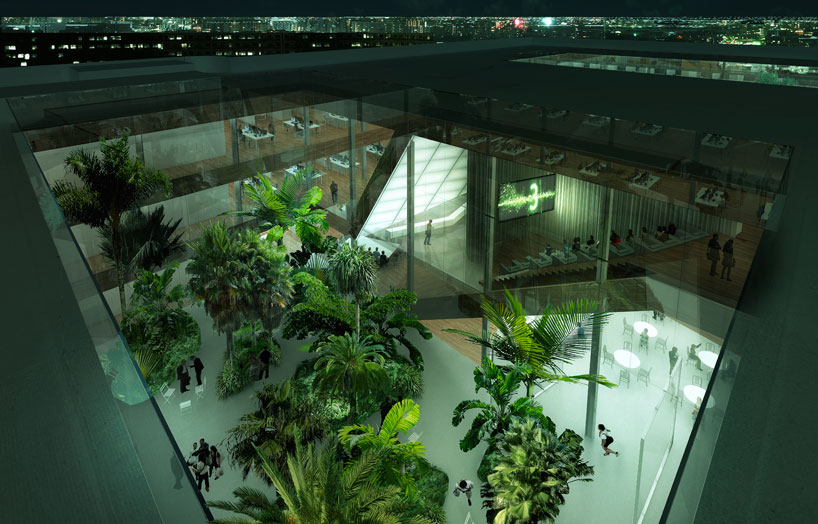 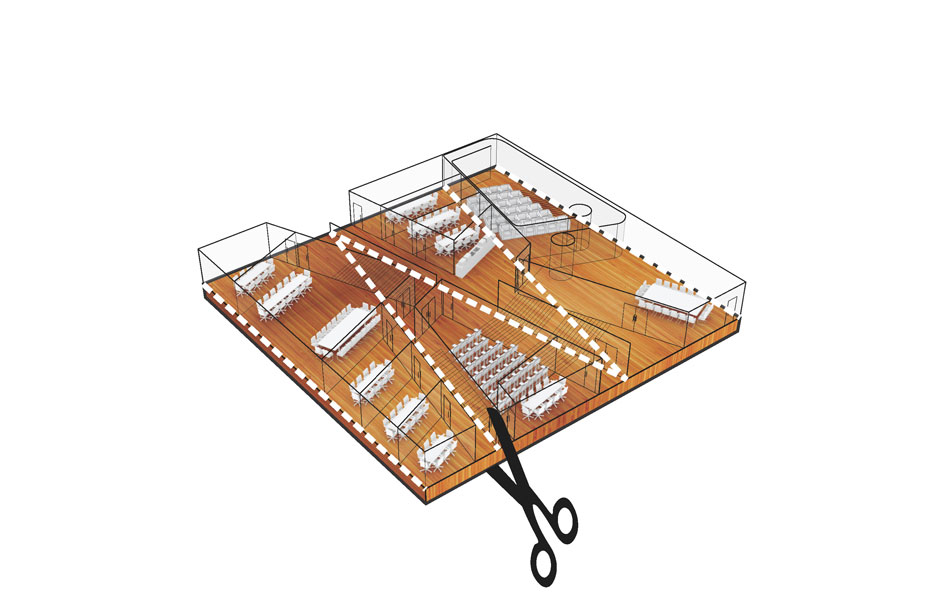 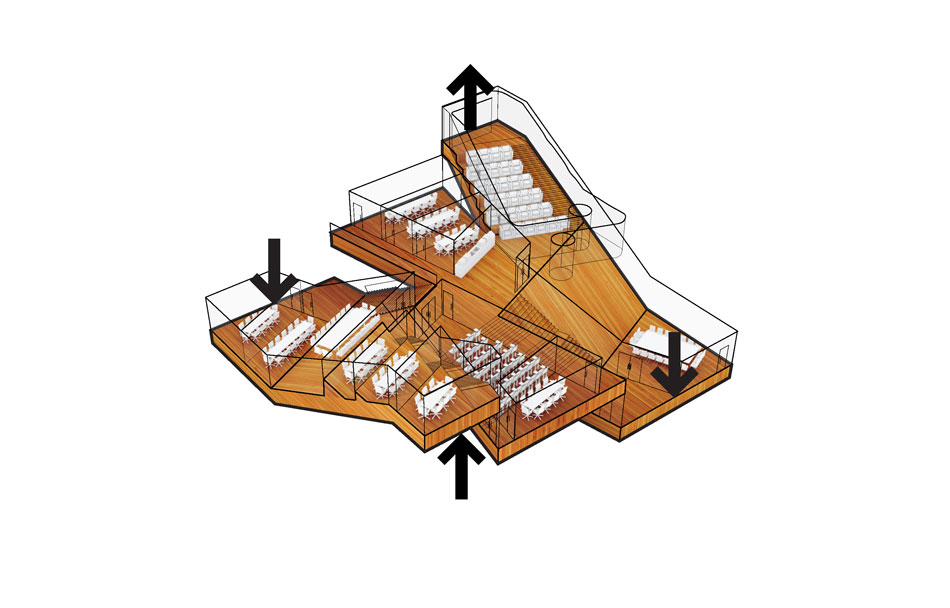 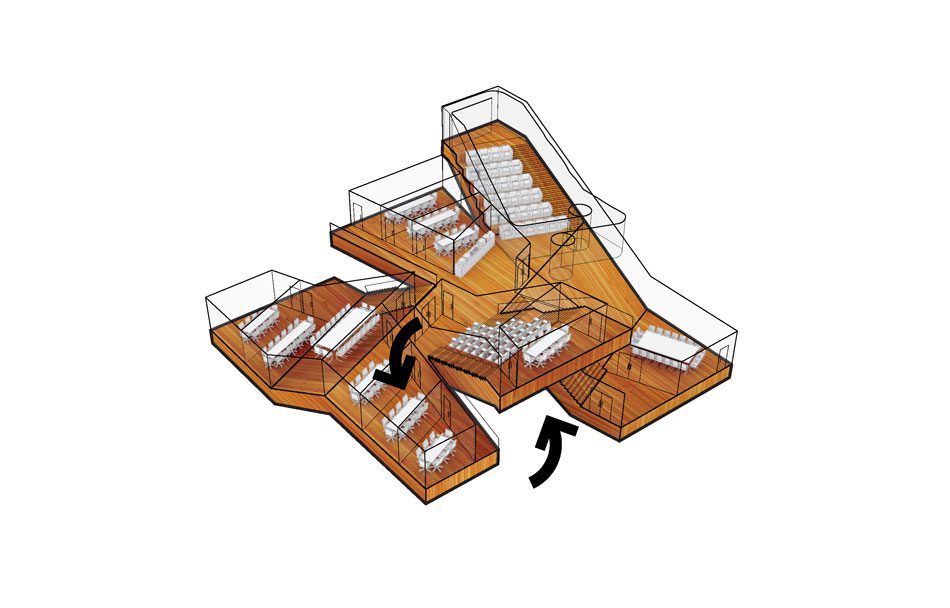 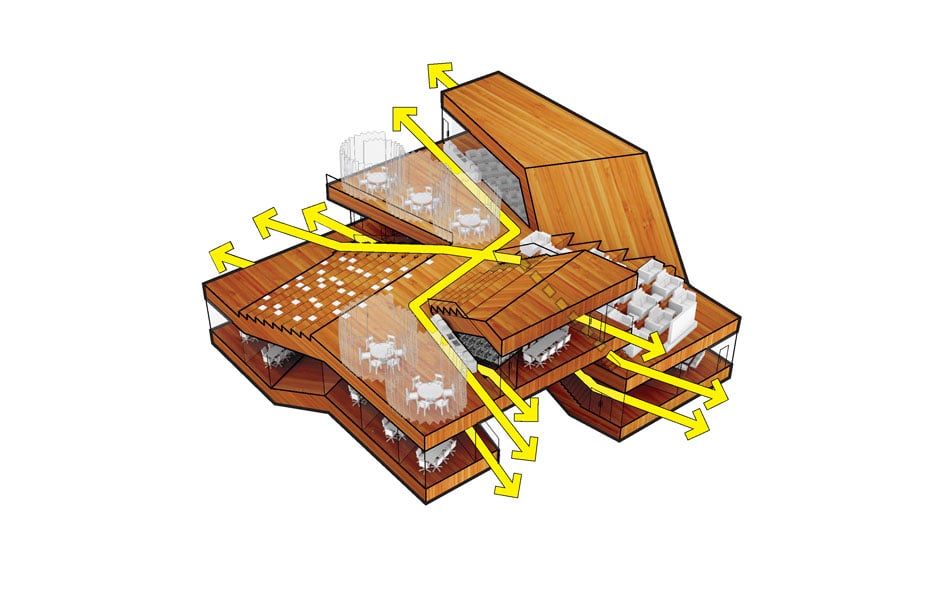 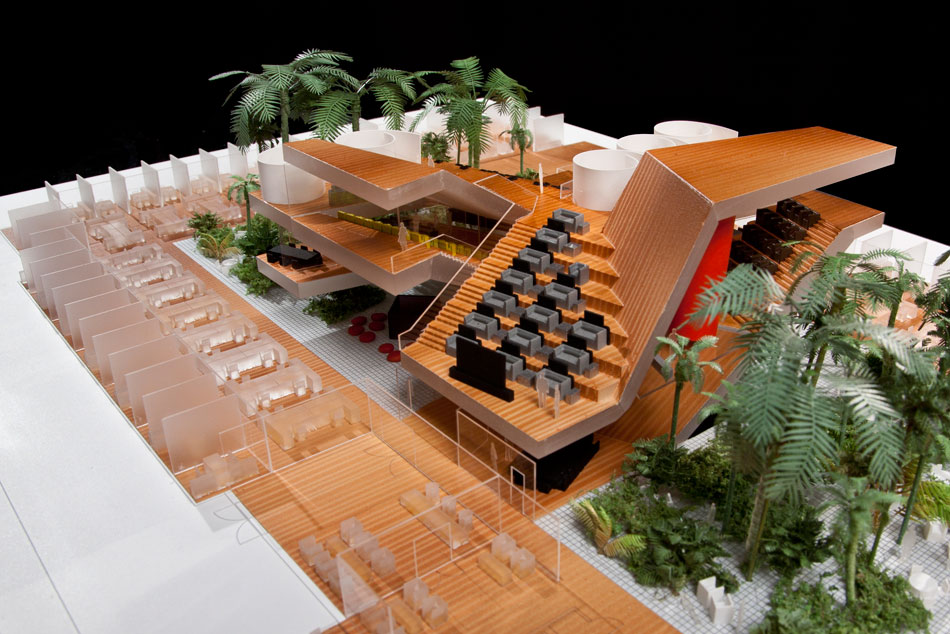 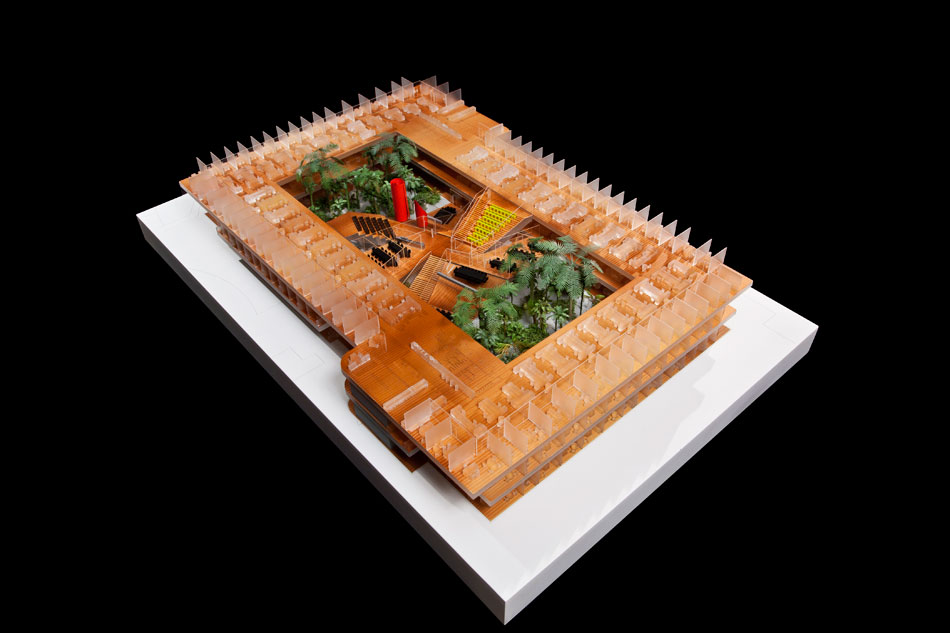 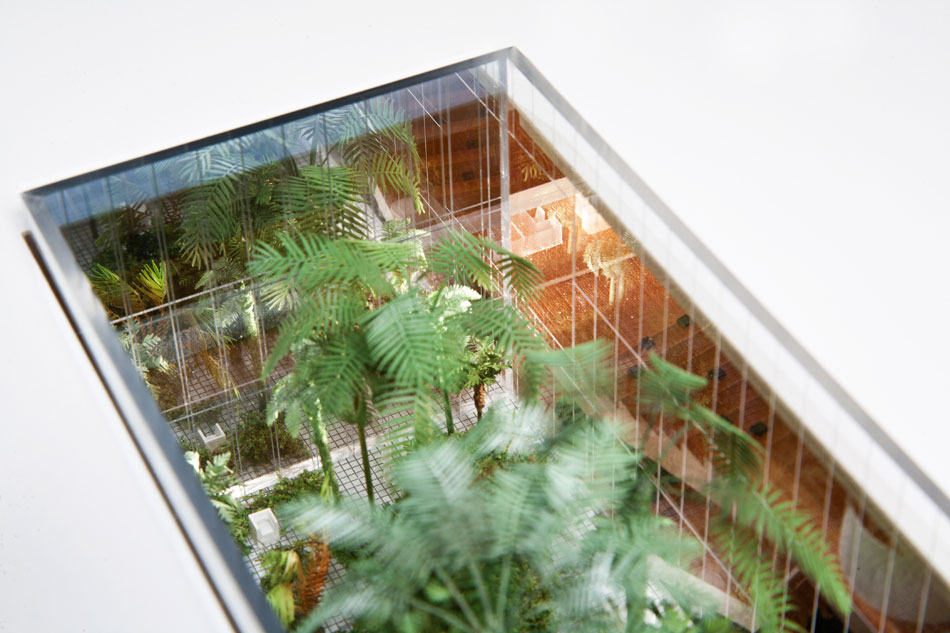 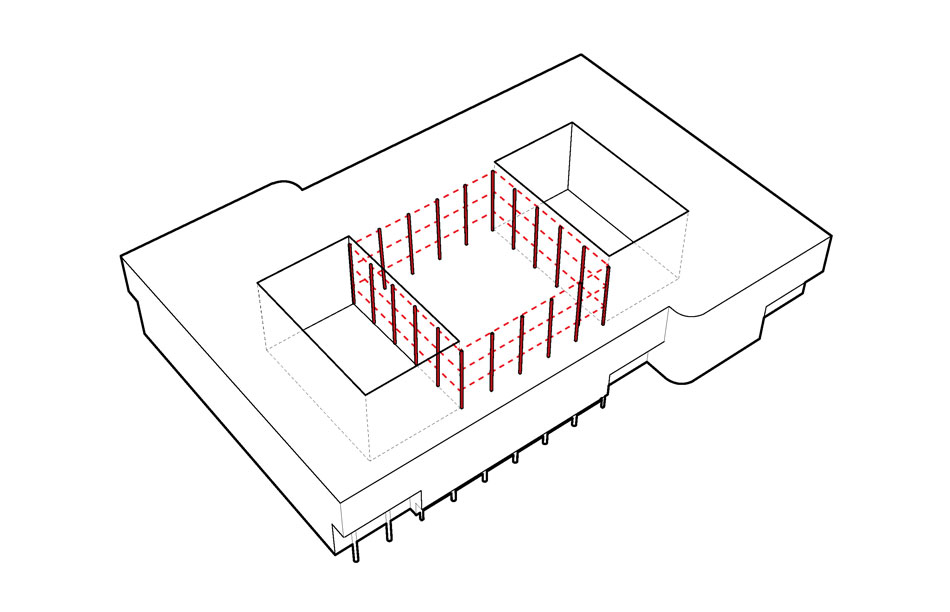 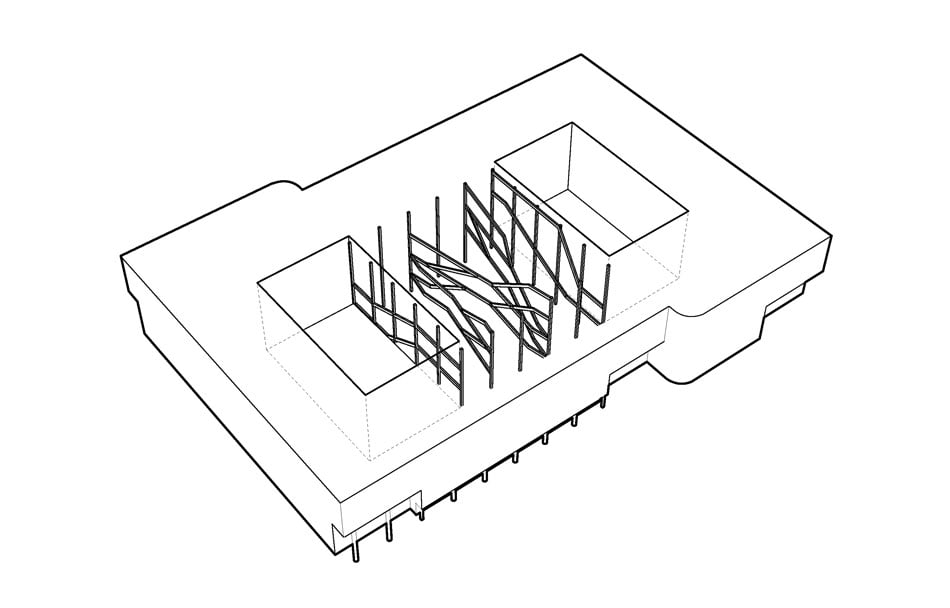 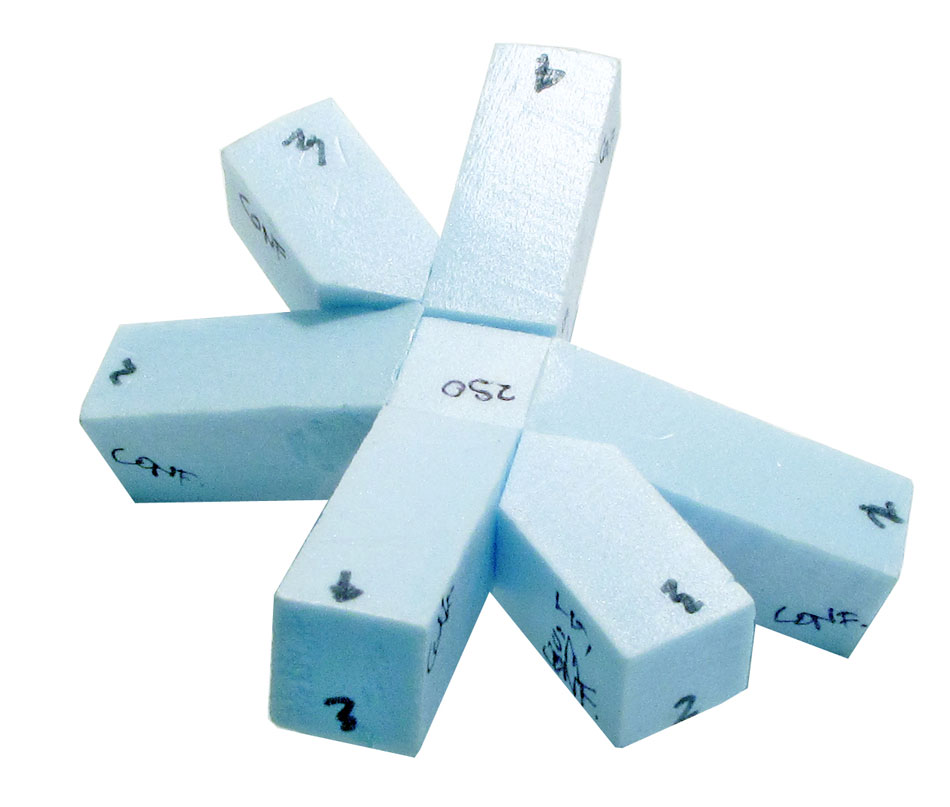 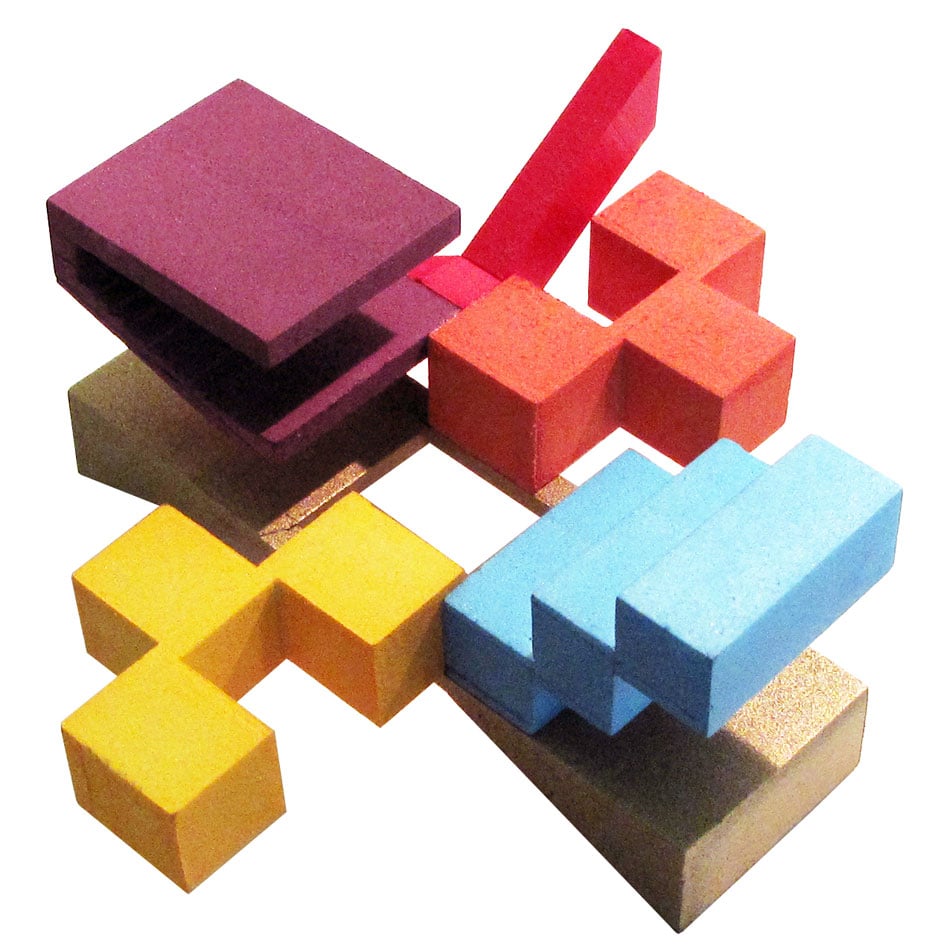 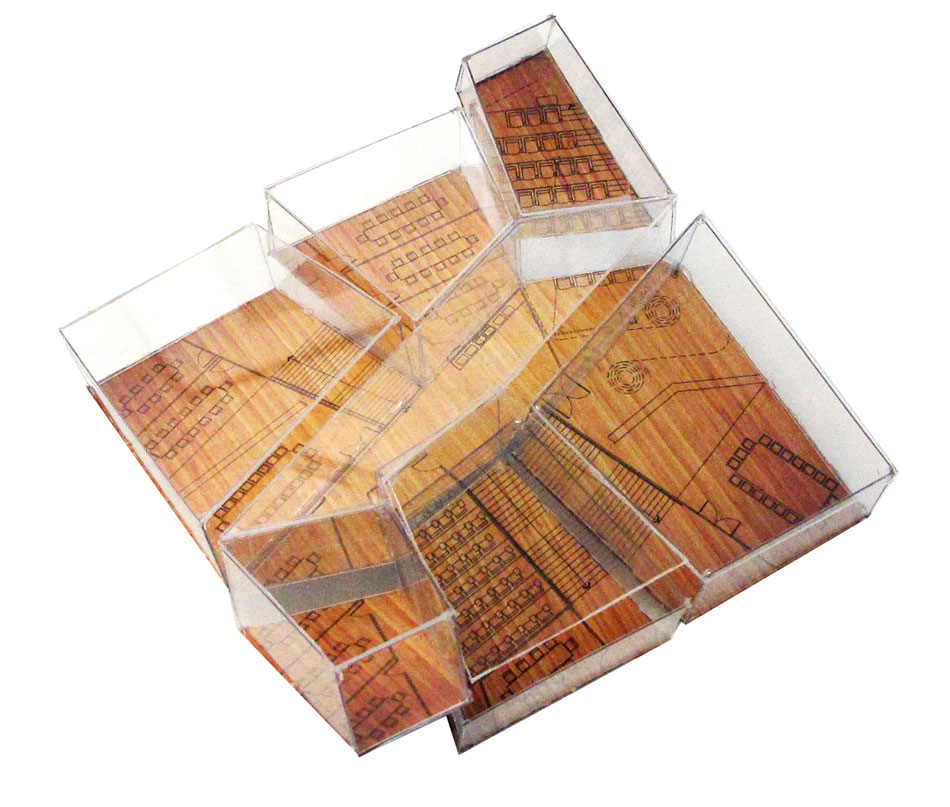