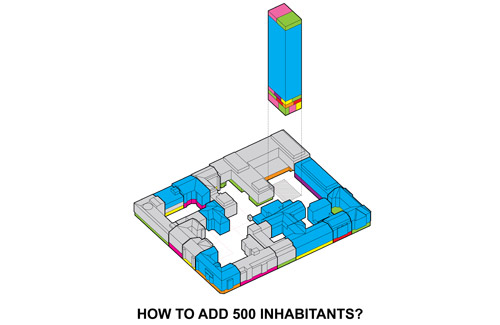 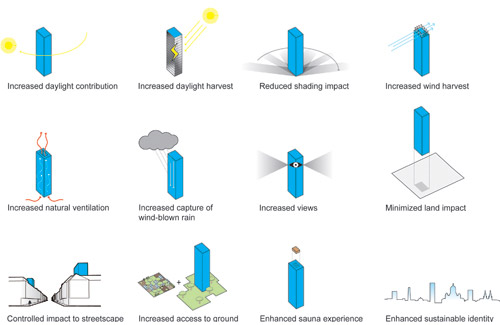 although contrary to finland’s current self-image, widely distributed slender towers outperform all typological alternatives in nearly every imaginable, sustainable way. combining the best of suburbia (sun, air, views, and even soil) with the best of urbanism (population density and programmatic diversity), slender towers are the next evolutionary step in helsinki’s perimeter block typology, creating a new option for downtown living. 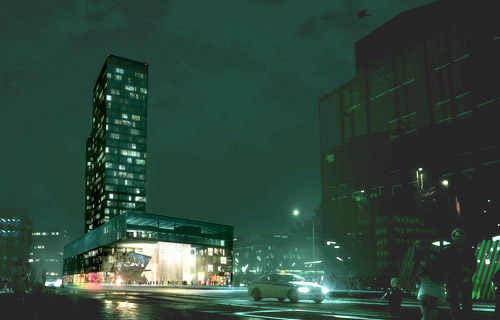 image courtesy REX architectureinstead of a narrow-minded focus on the energy performance of buildings, these tools are the basis of a comprehensive national strategy—rebuilding 2.0, that can put finland back into ecological balance.

‘the rebuilding’ is the application of rebuilding 2.0 at the scale of a single site, where key strategies can be tested for their application to, and replication within, the greater helsinki metropolitan area. designed to generate more density, more diversity, and more city. 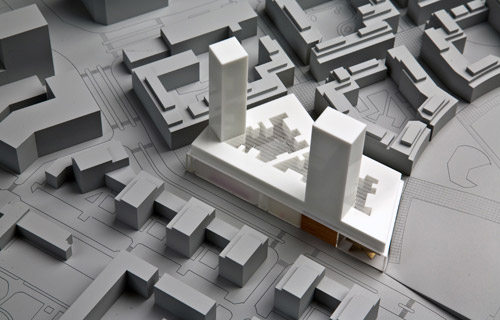 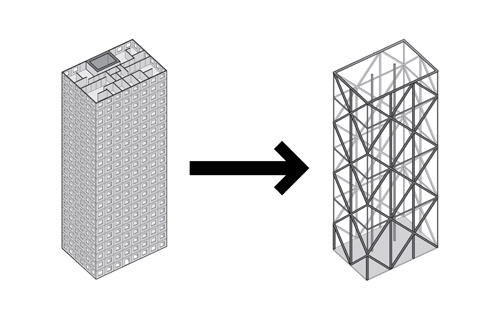 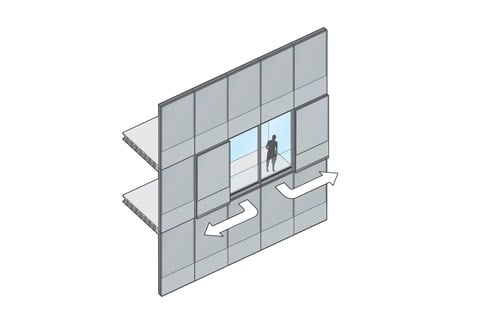 image courtesy REX architecturecontrary to conventional construction methods, the residential towers’ façades are composed of a permanent mullion ‘chassis’ which supports interchangeable window and insulation cassettes that aid flexibility over time, and that can be easily maintained or replaced by new technologies. 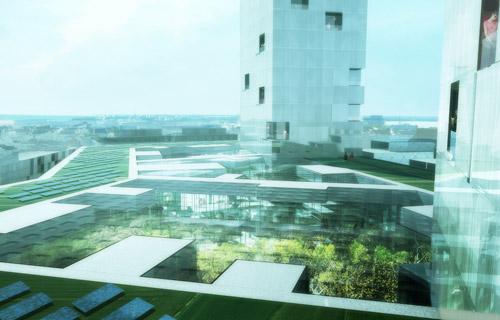 manually operable façade panels update the typical finnish exterior balcony. a simple mechanism common in minivans enables the operable panels to be opened horizontally. during summer, the open panels provide an identical experience to that of a typical finnish balcony. during winter, however, the operable panels can be kept closed, increasing usable interior area and solar gain while reducing thermal loss. 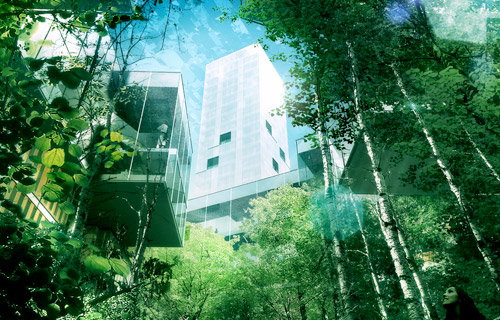 image courtesy REX architecturecohesion within the headquarters is fostered by concentrating collective spaces and circulation within a highly transparent courtyard, thereby promoting interaction and resource-sharing. 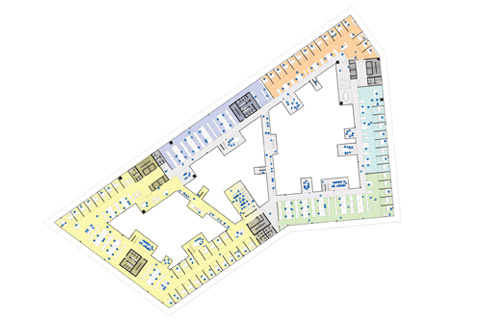 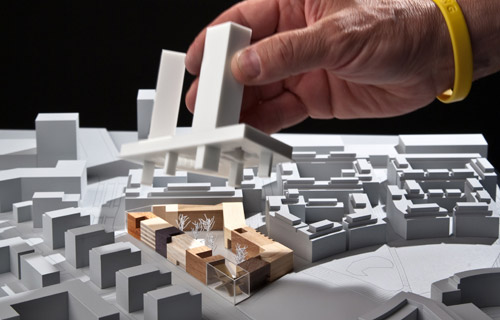 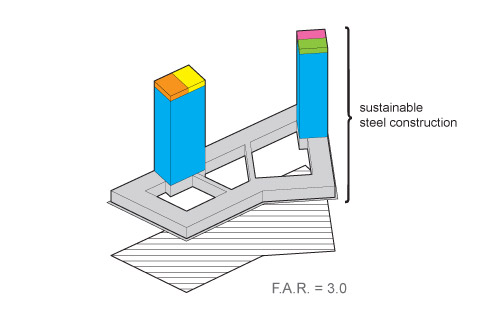 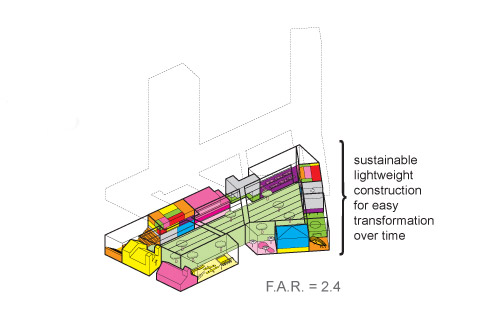 by concentrating 22,000 m² of program 14 meters above grade into two slender residential towers unified by a two story office ring and allowing for an additional 13,200 m² of fine grain development to occupy the street level frontage, the rebuilding becomes a paradigm of density and diversity. 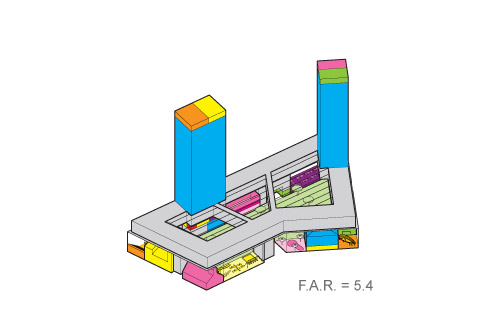 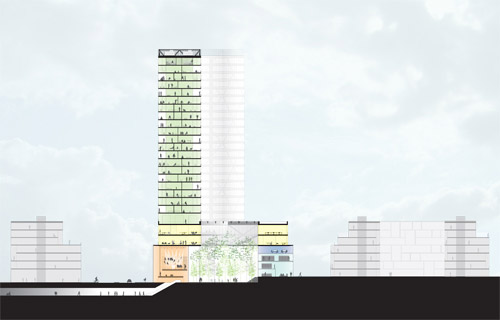 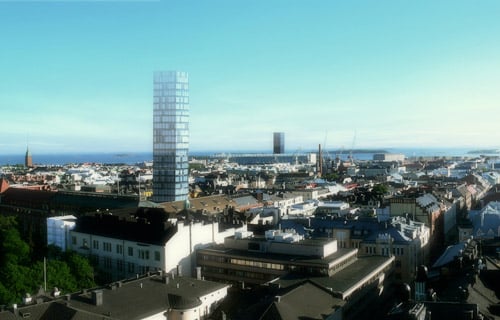