new york-based architecture office REX has revealed their proposed design for calgary’s new central library, an entry for an international competition eventually won by snøhetta. as part of the initial selection process, each of the four finalists were asked by the client – the calgary municipal land corporation (CMLC) – to design an adaptable building which would serve as a catalyst for the region’s ongoing development. 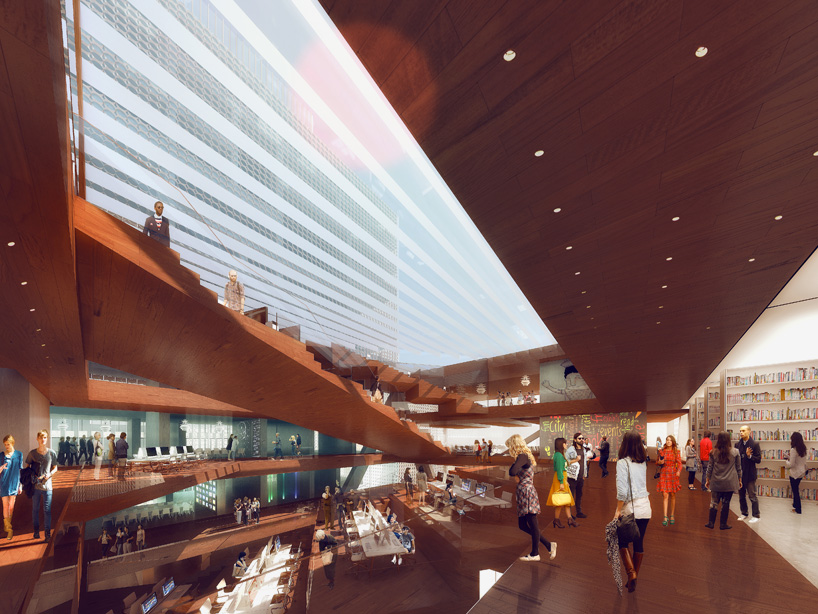 within the scheme, the program of required components is stacked vertically
image by luxigon

within the scheme, the program of required components is stacked vertically with the most publicly accessible functions shifted to straddle the tracks of the light rail transit lines that bisect the site. allowing maximum flexibility, the library’s expansion space is positioned adjacent to the main collection offering a variety of potential future uses. the four sections of the main collection, (the center for community excellence; science, health, and arts; my calgary; and fiction and literature), occupy individual floors, with their programs placed in the same zone at each level to create a vertical clarity. rather than a ‘blank slate library’ that lacks real adaptability, REX’s proposal delimits activities, while providing each element with its own forms of flexibility with different forms of tailored adaptation. 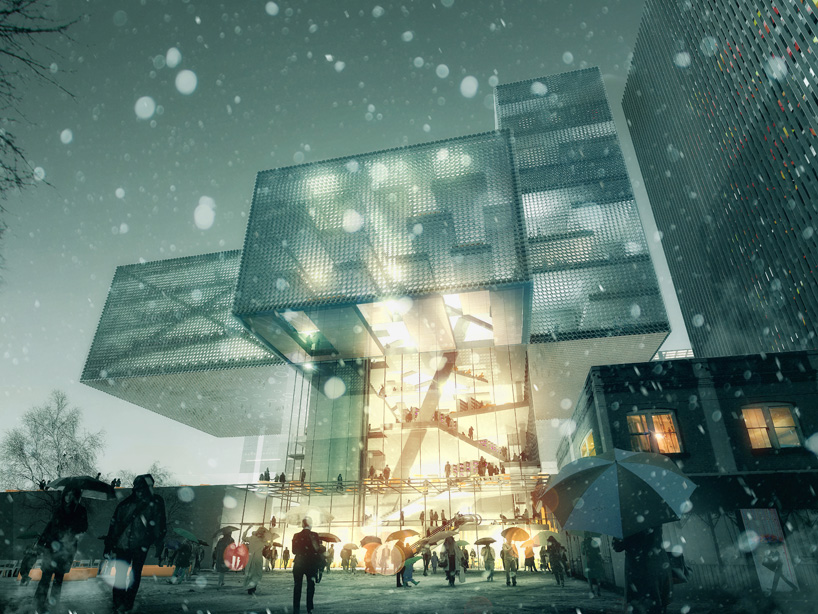 serving as both an intellectual and physical point of exchange, the building is positioned at the nexus of many of the city’s axes, and becomes the keystone that bridges downtown with the urban expansion to the east. envisioned as an ‘urban stage’, the centerpiece of the scheme’s public landscaping is an accessible lawn that features a year-round ice rink. 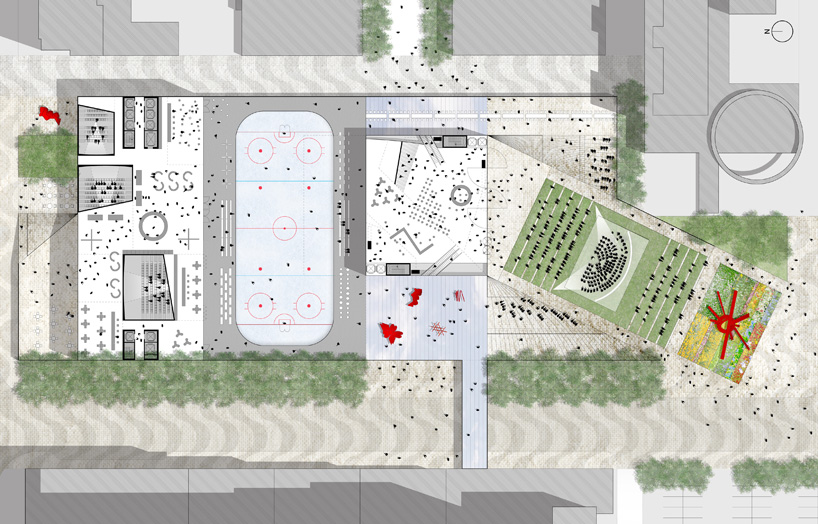 click through our gallery at the foot of the page for more information on the project’s development in the words of the architects. 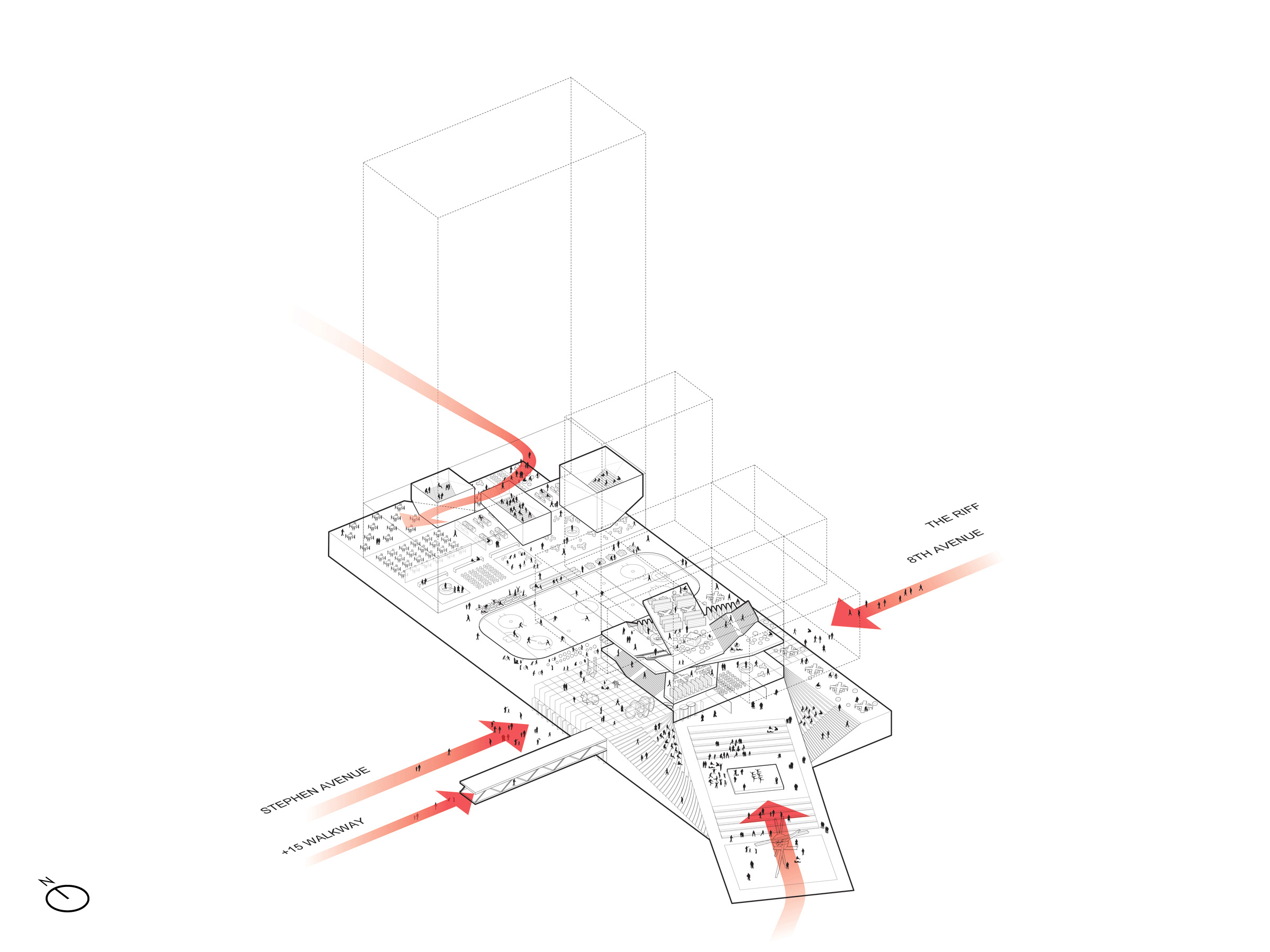 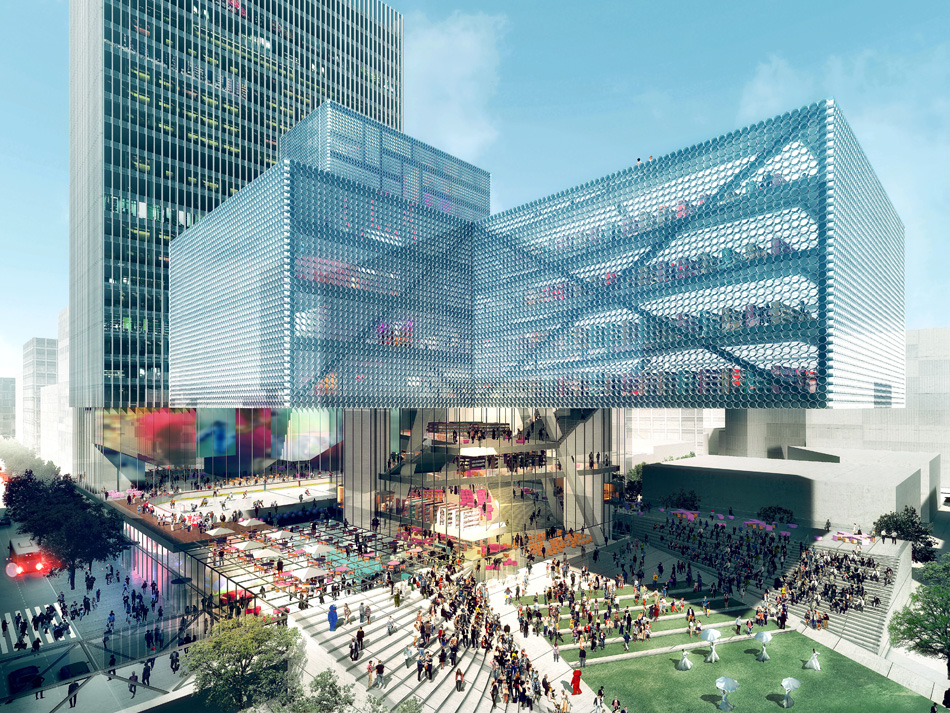 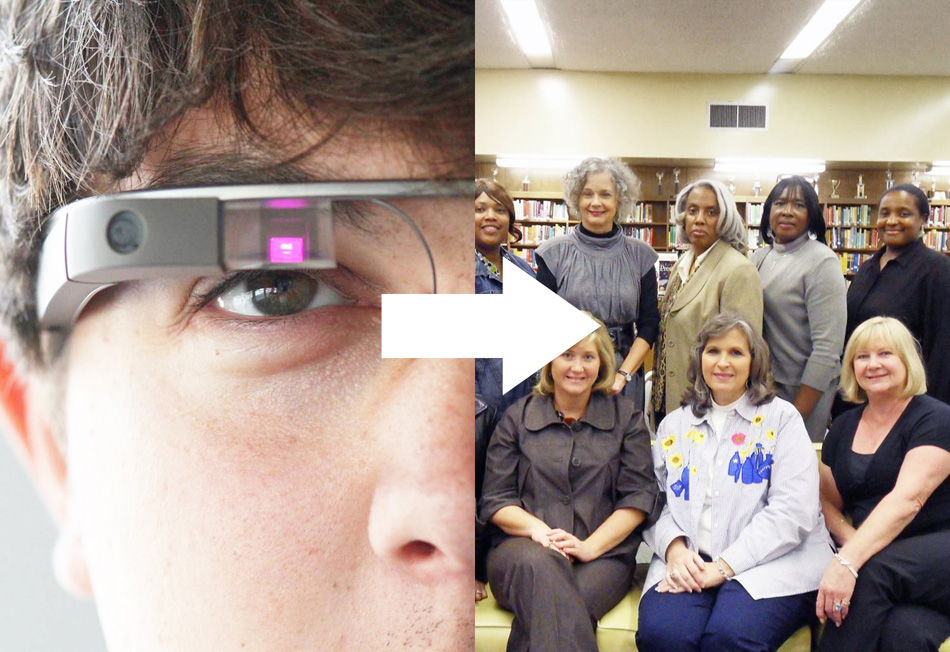 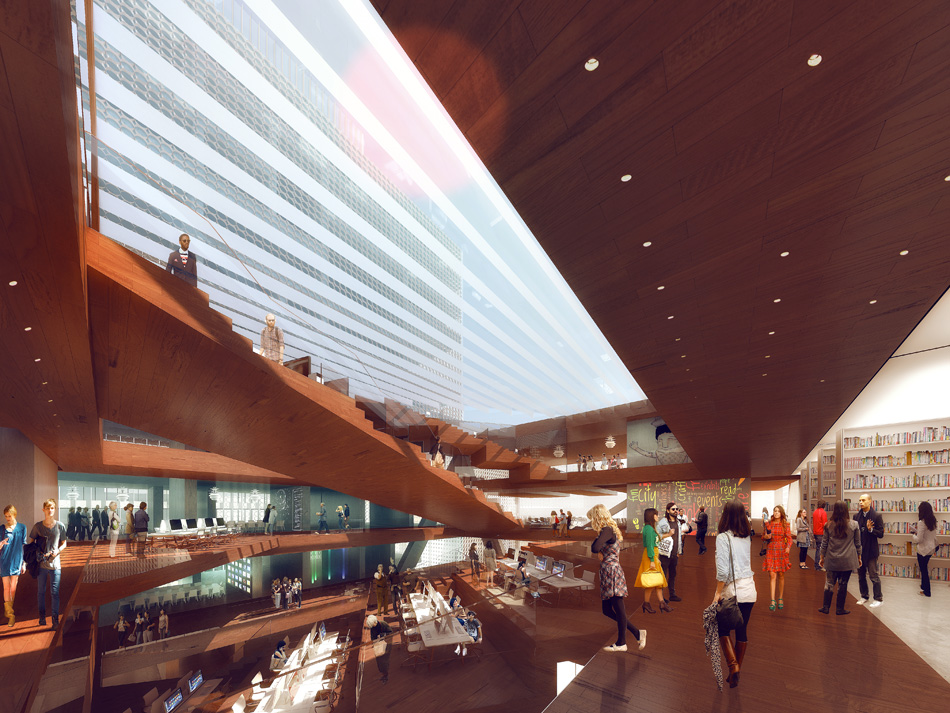 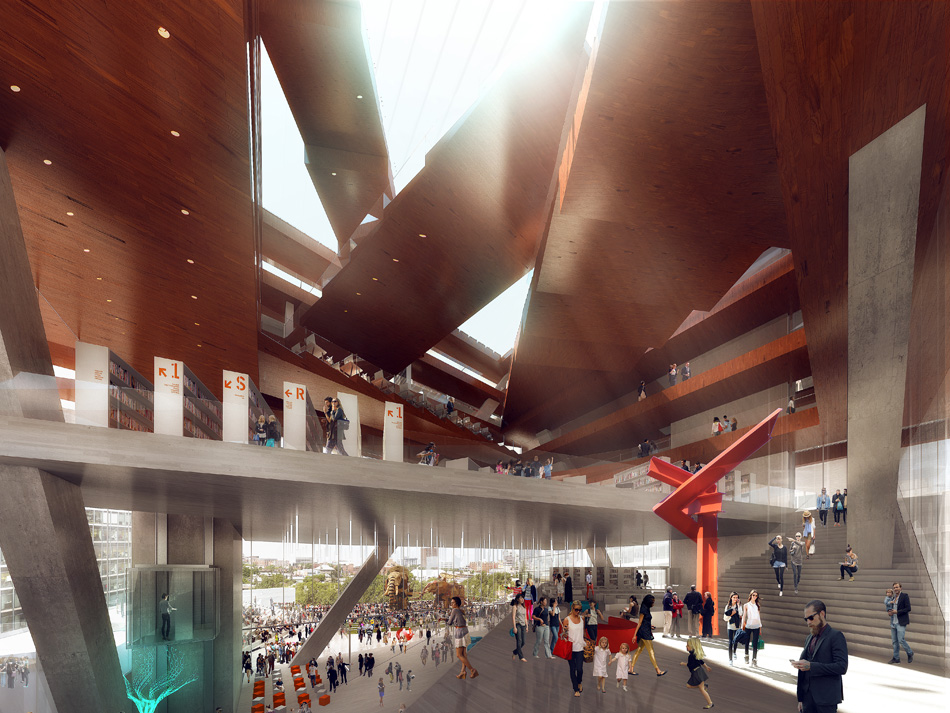 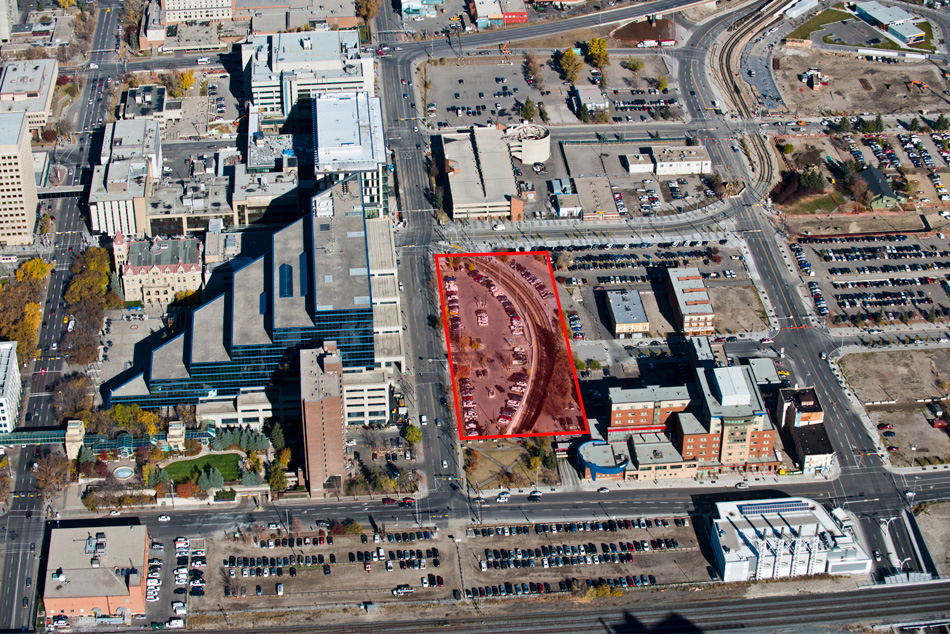 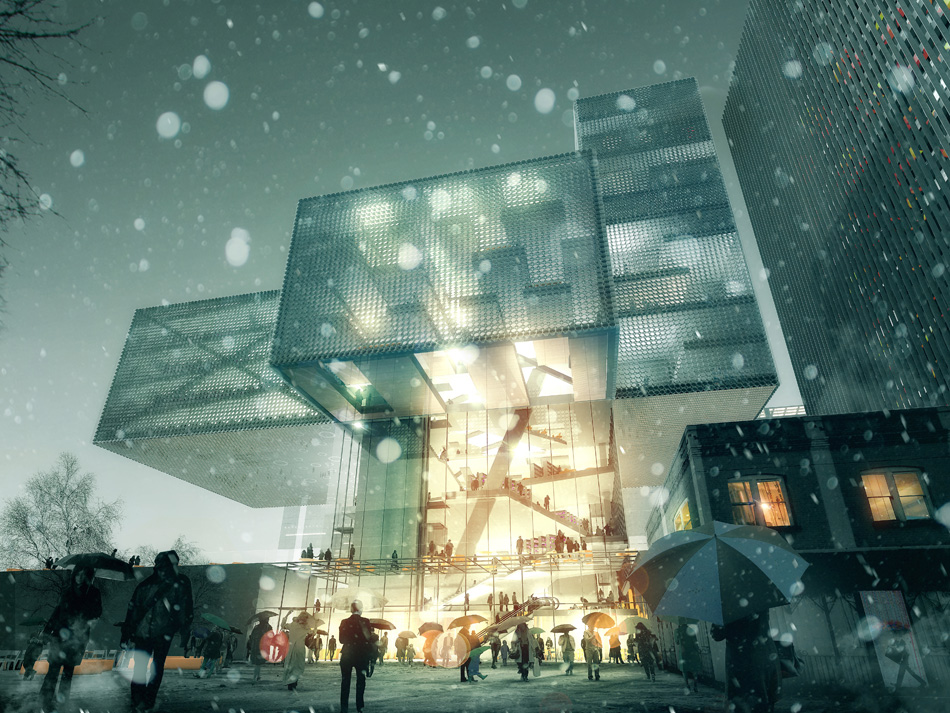 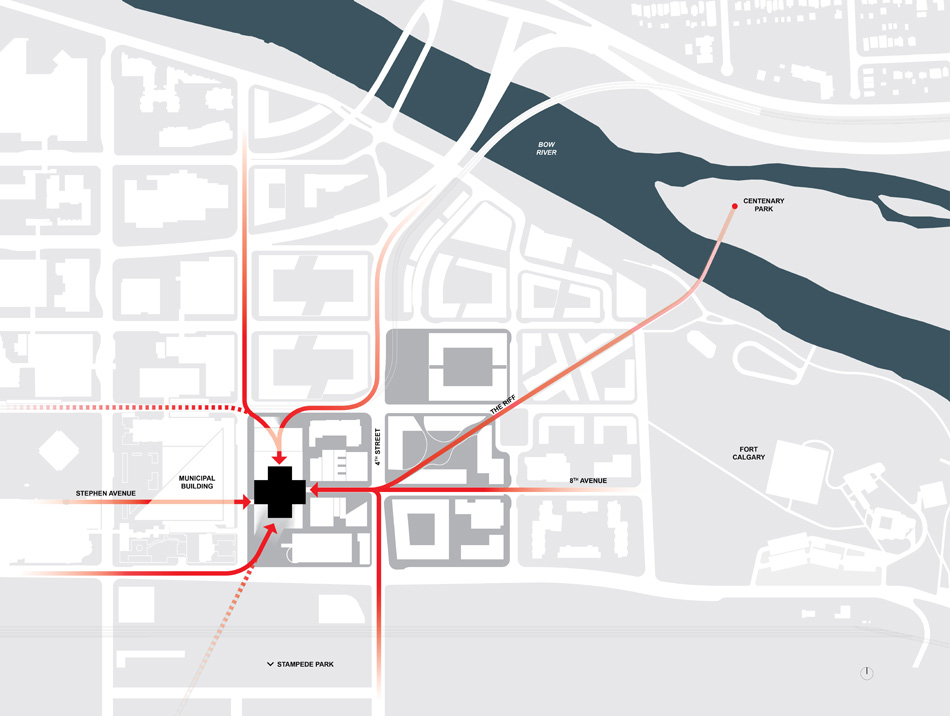 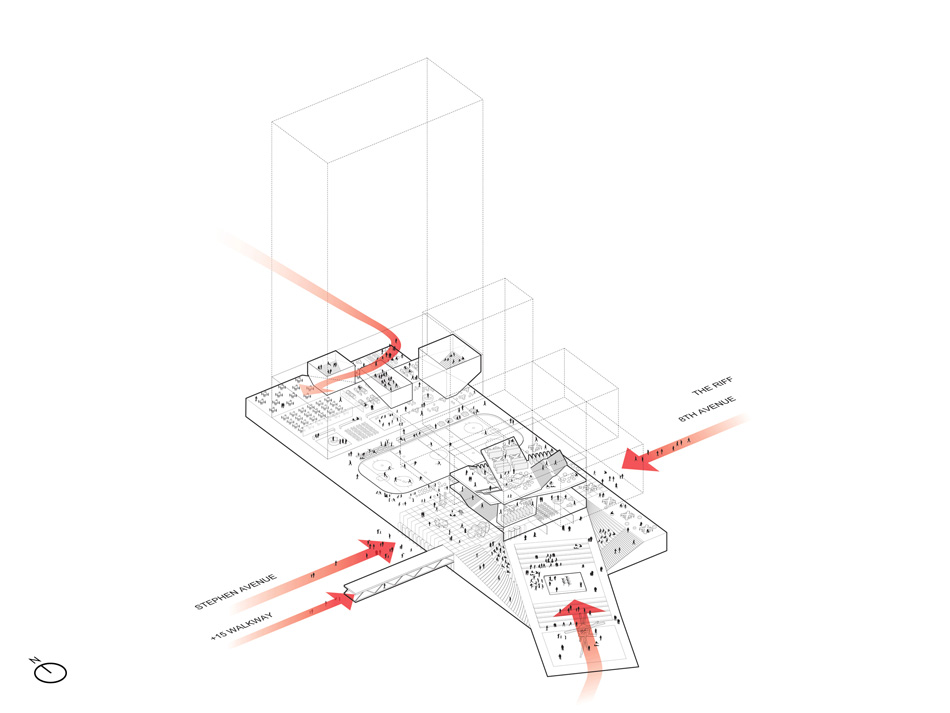 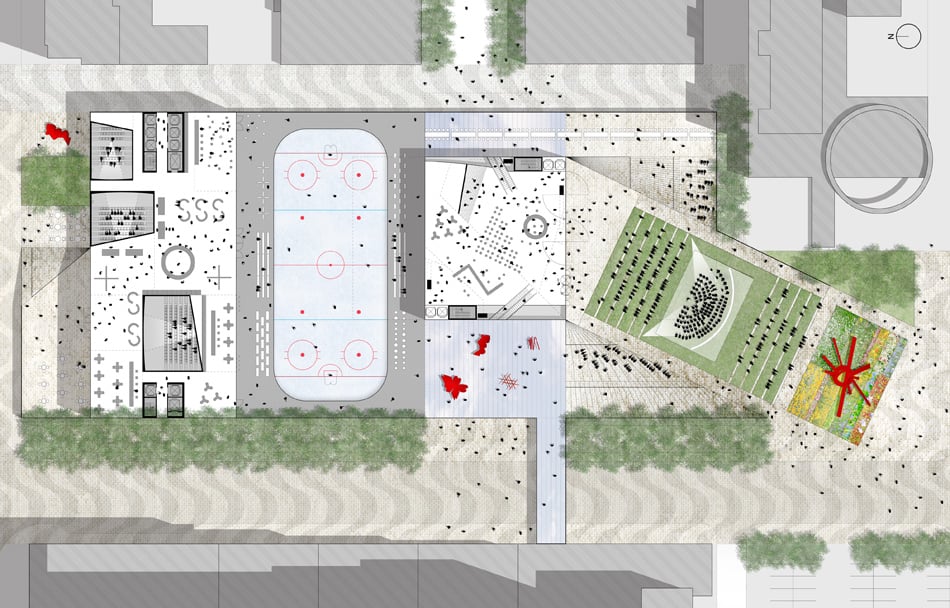 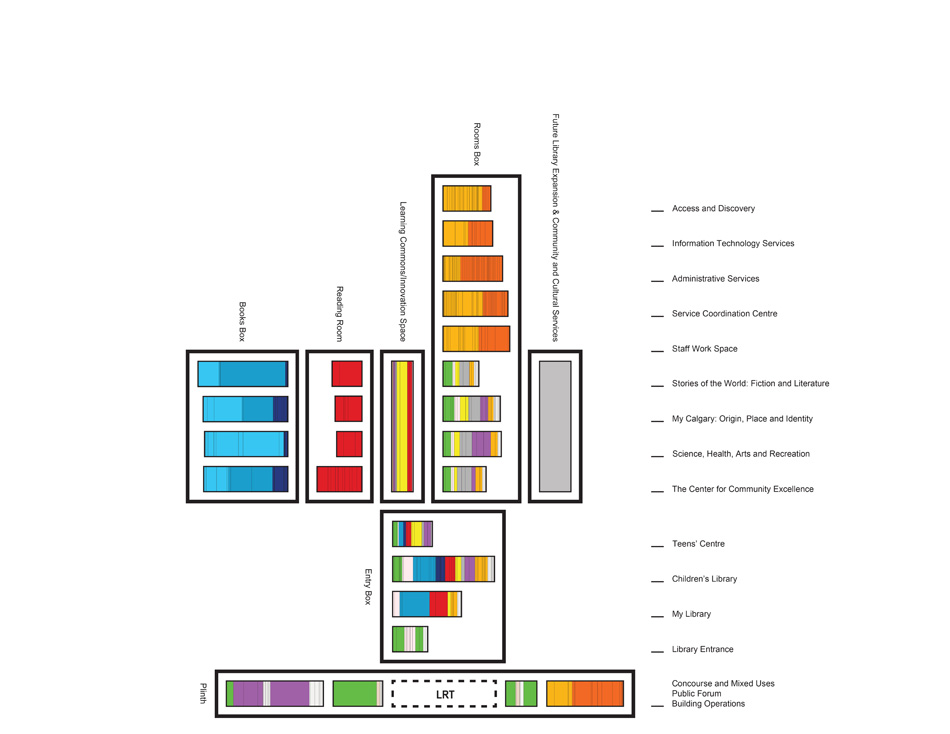 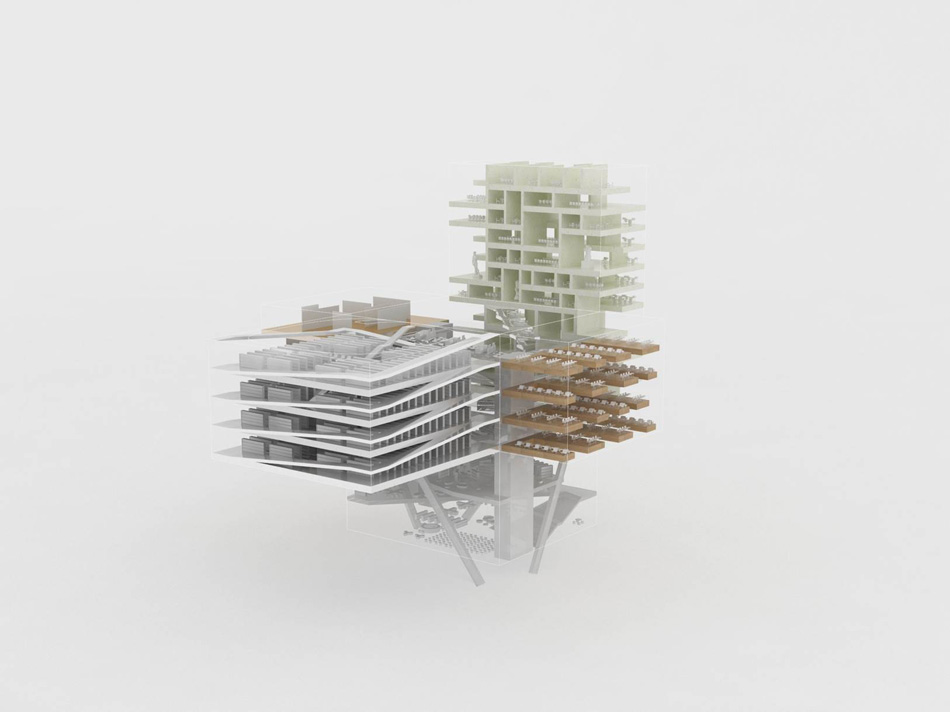