as the sun tracks across the sky, the entirety of the building’s western façades transform
image by luxigon

in order to house the complete program within the narrow footprint, volumes are stacked vertically with the large studios, which are unable to fit within the thin towers, positioned below ground. providing external views and generous amounts of daylight, common areas of the design are contained within the lower region of the structures where an exposed ‘X-ray’ effect reveals their internal functions. 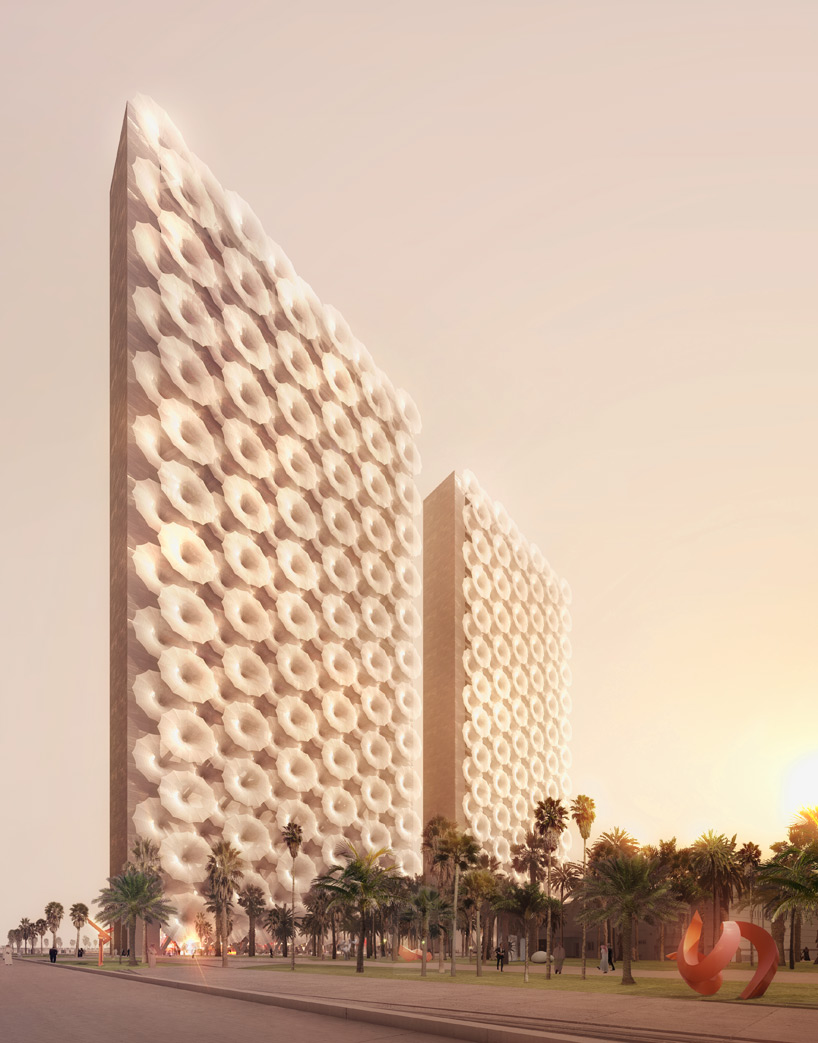 shielding the building from the region’s hot sun, the building’s elevations are clad in large retractable sunshades. their geometry references a traditional arab mashrabiya pattern, infusing the project with references to local craft. during the evenings the shades are withdrawn, revealing simple, stone-clad towers with floor-to-ceiling glazed windows. as the sun tracks across the sky, the entirety of the building’s western façades transforms, while the eastern elevations simultaneously retract within 60 seconds. powerful LEDs integrated within the sunshades create an enormous 220 m x 220 m (722 ft x 722 ft) media wall, broadcasting the companies’ content in real-time. 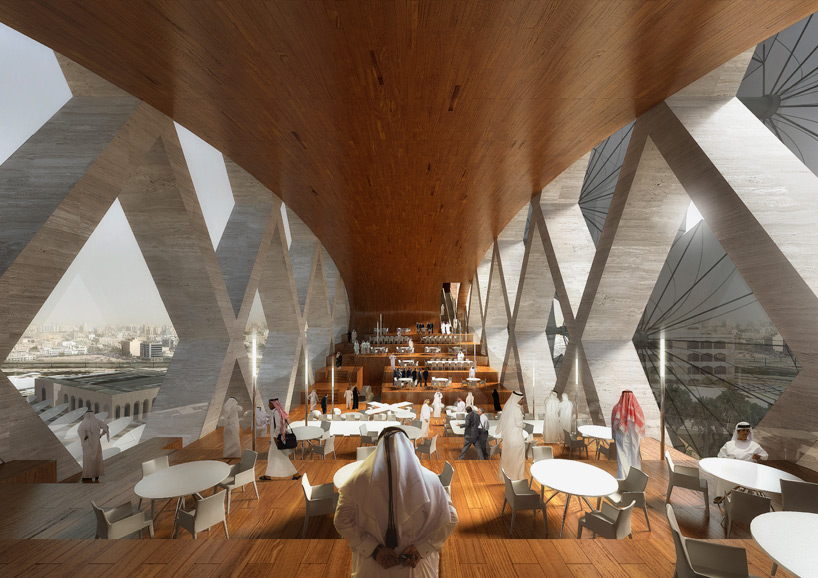 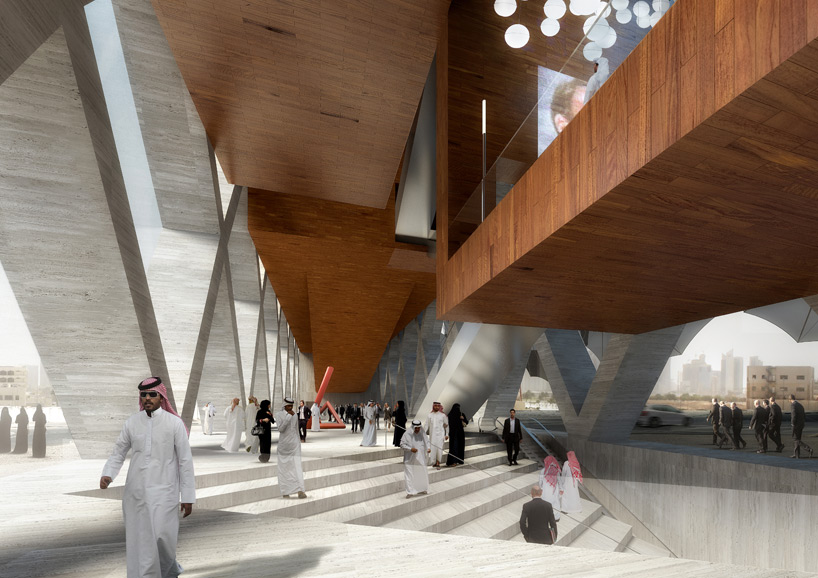 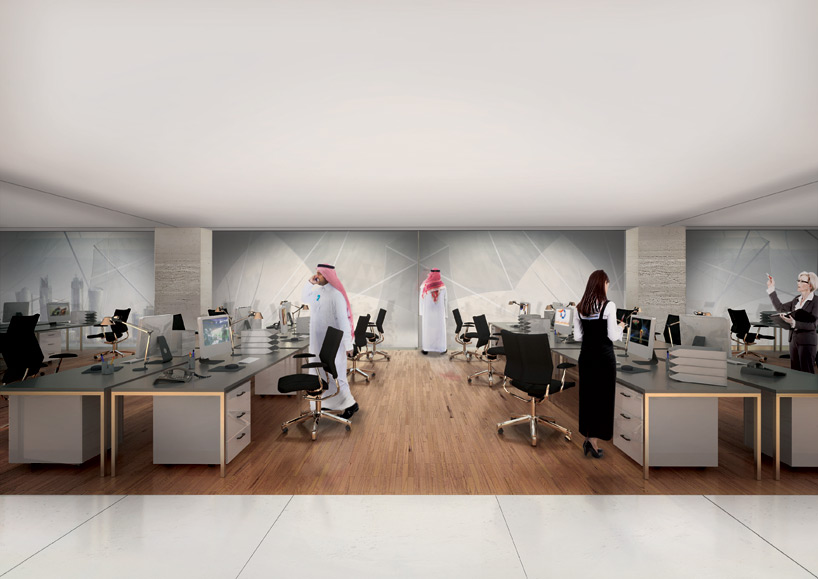 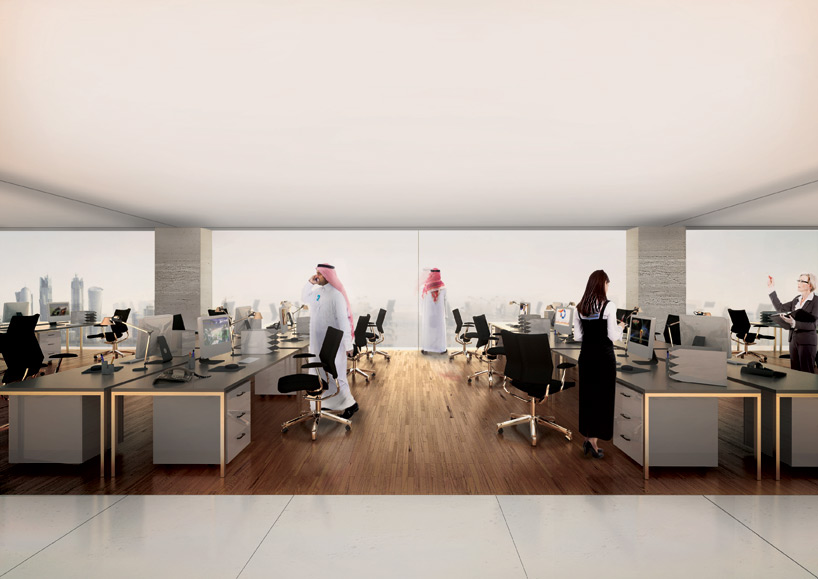 during the evenings the shades are withdrawn 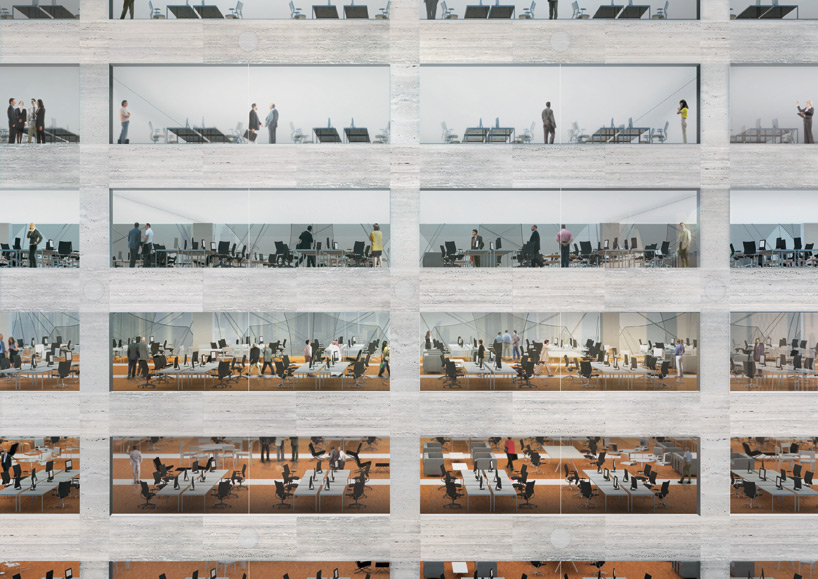 in order to house the complete program, volumes are stacked vertically 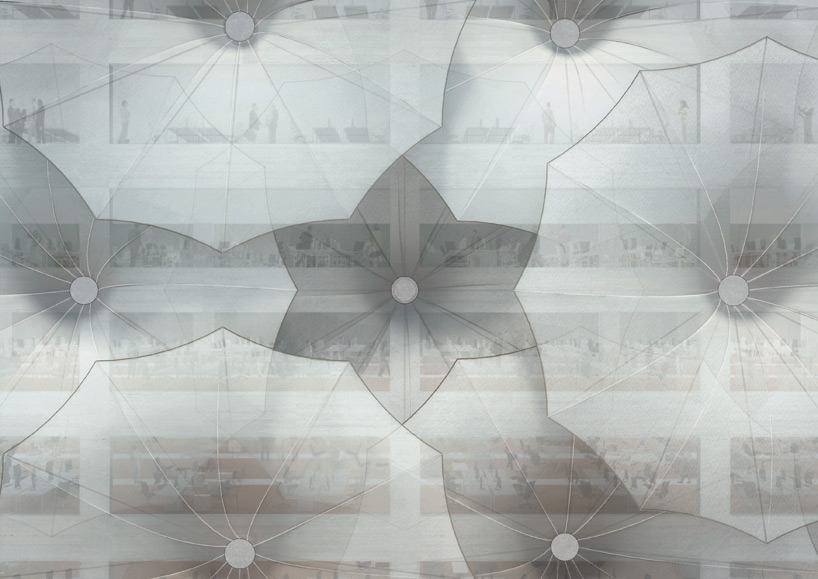 beneath the canopies, simple, stone-clad towers with floor-to-ceiling glazed windows are revealed 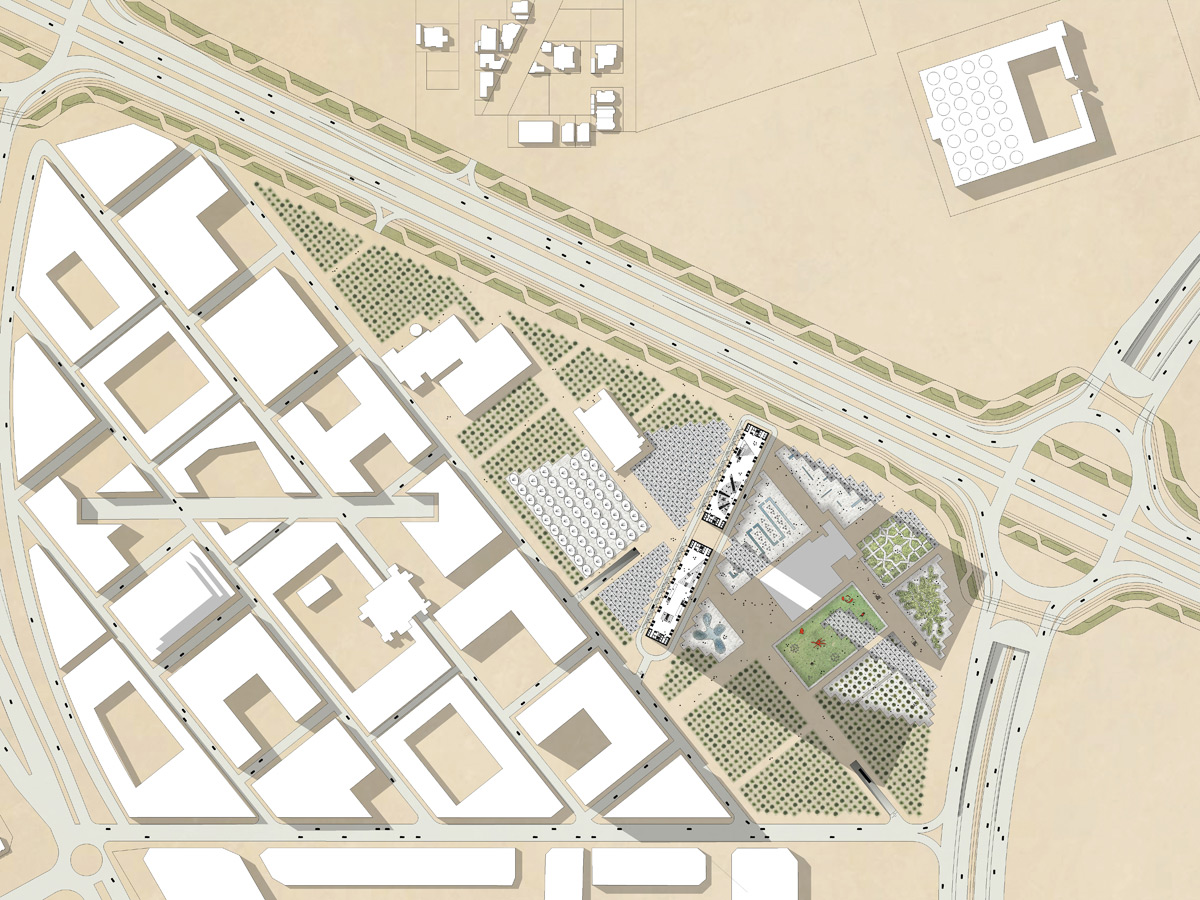 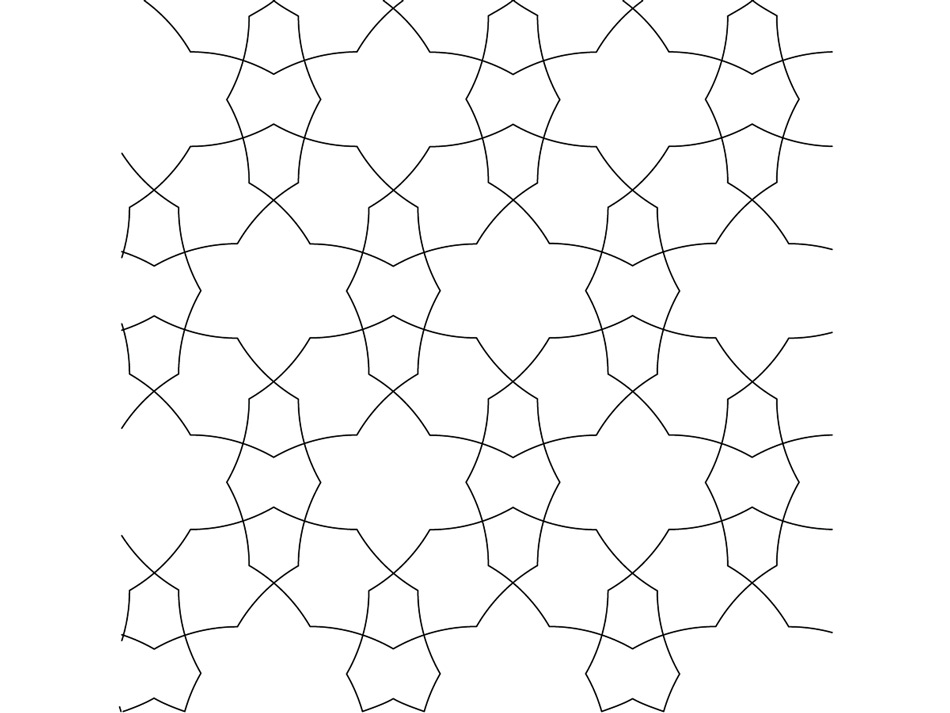 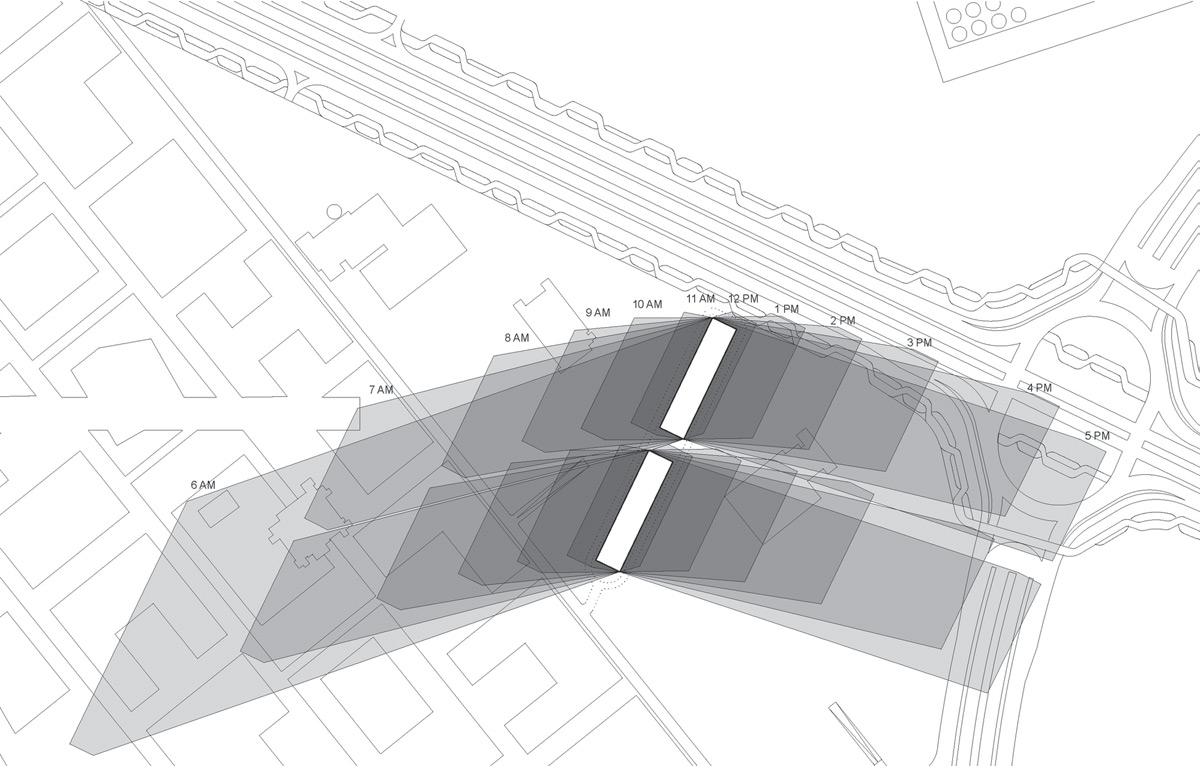 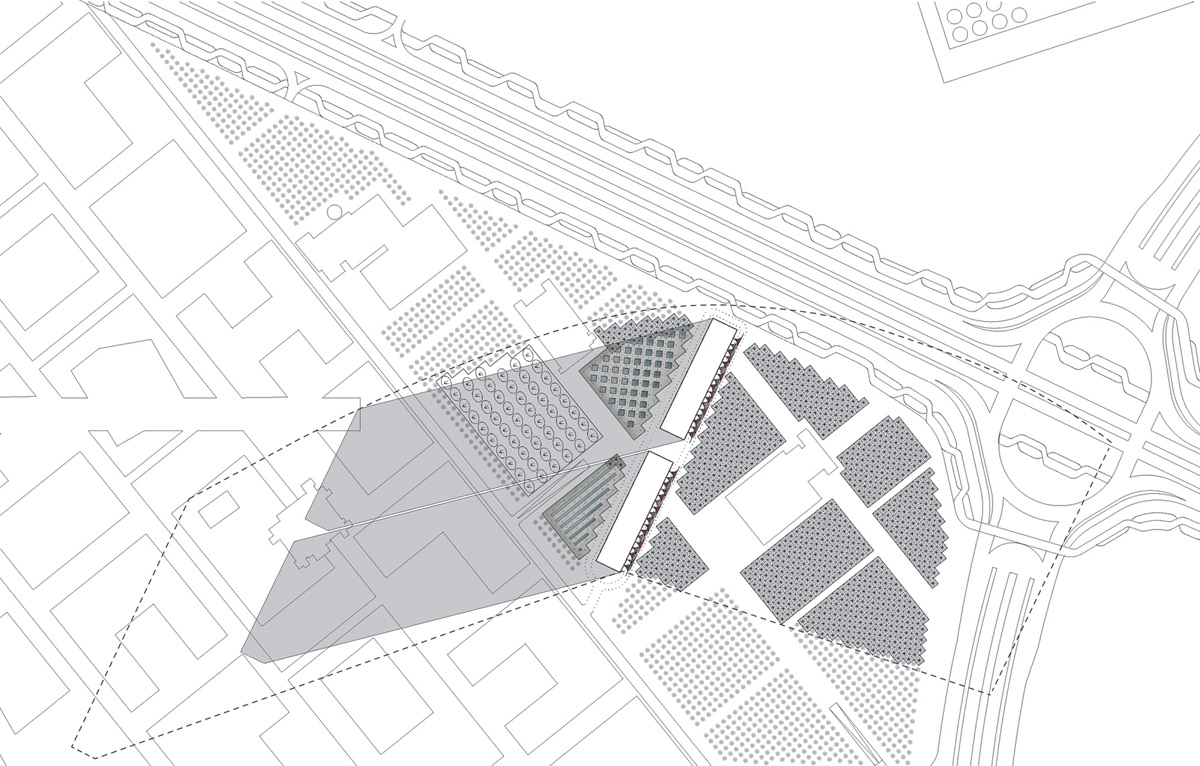 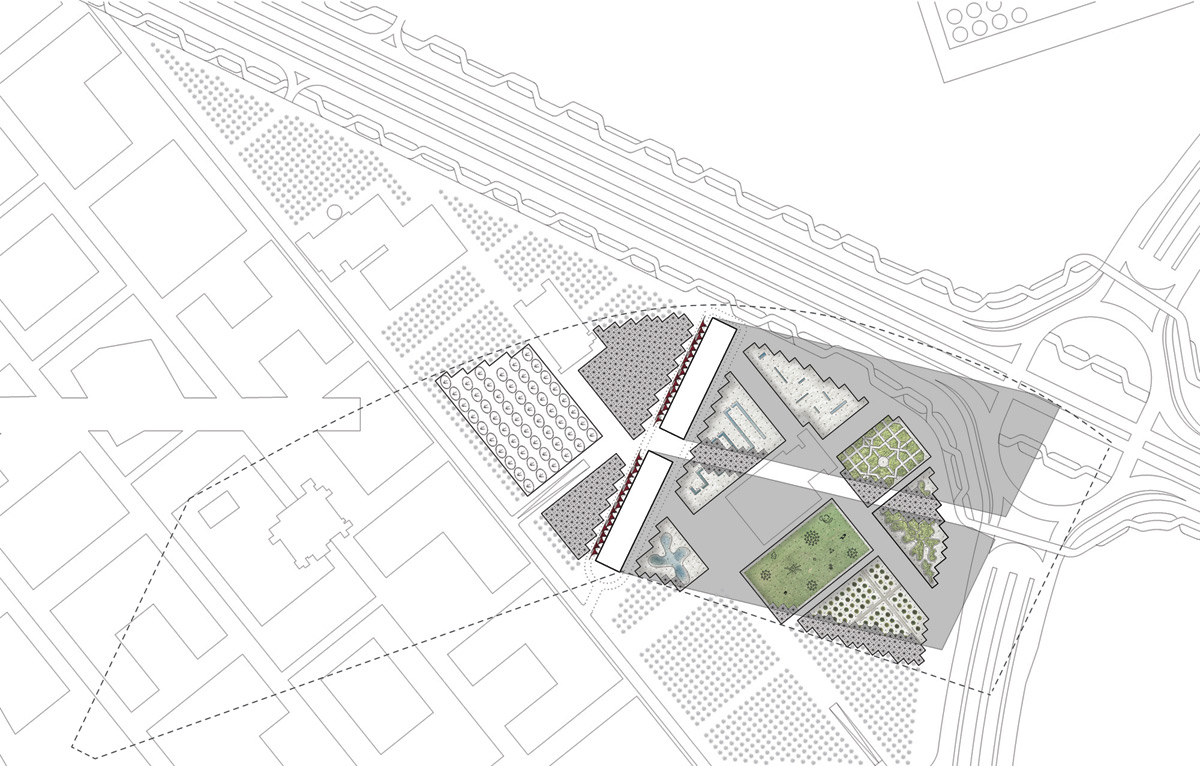 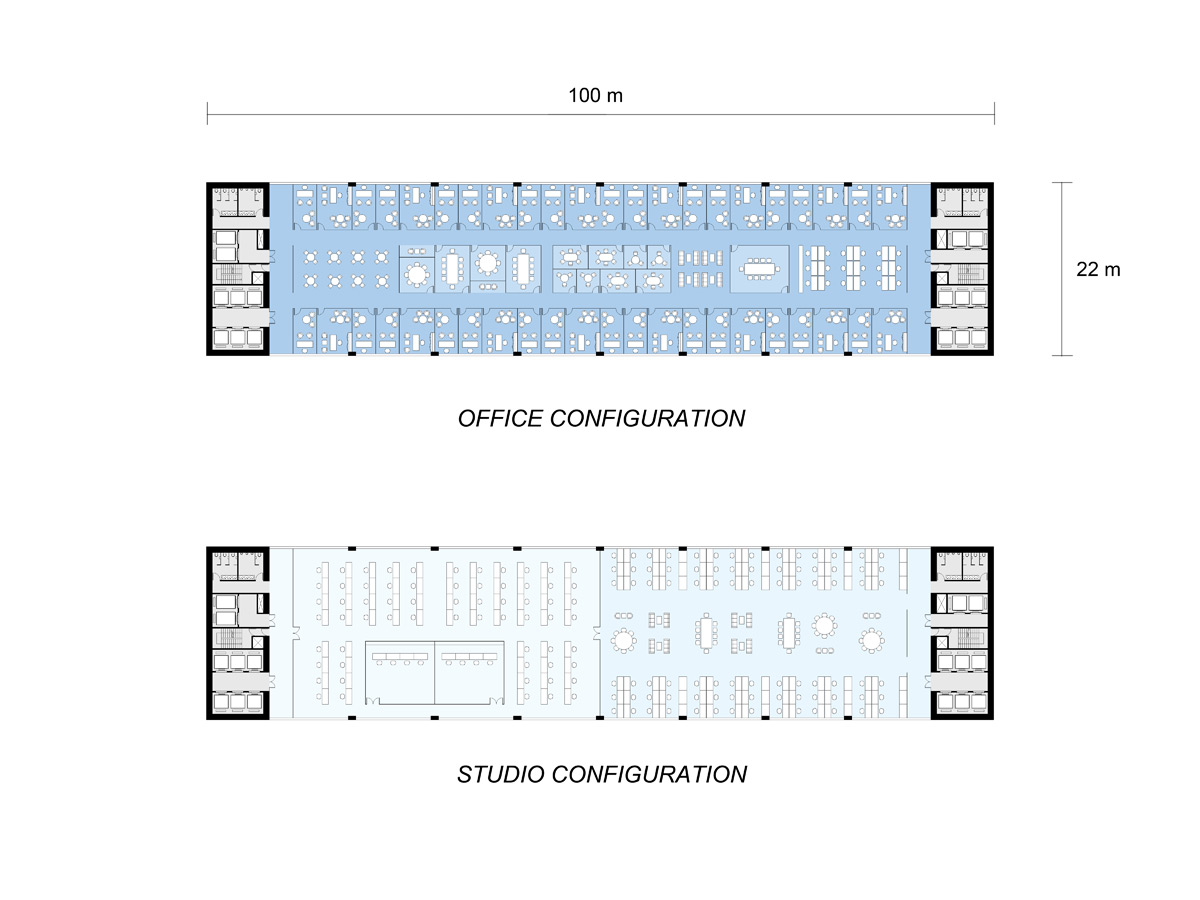 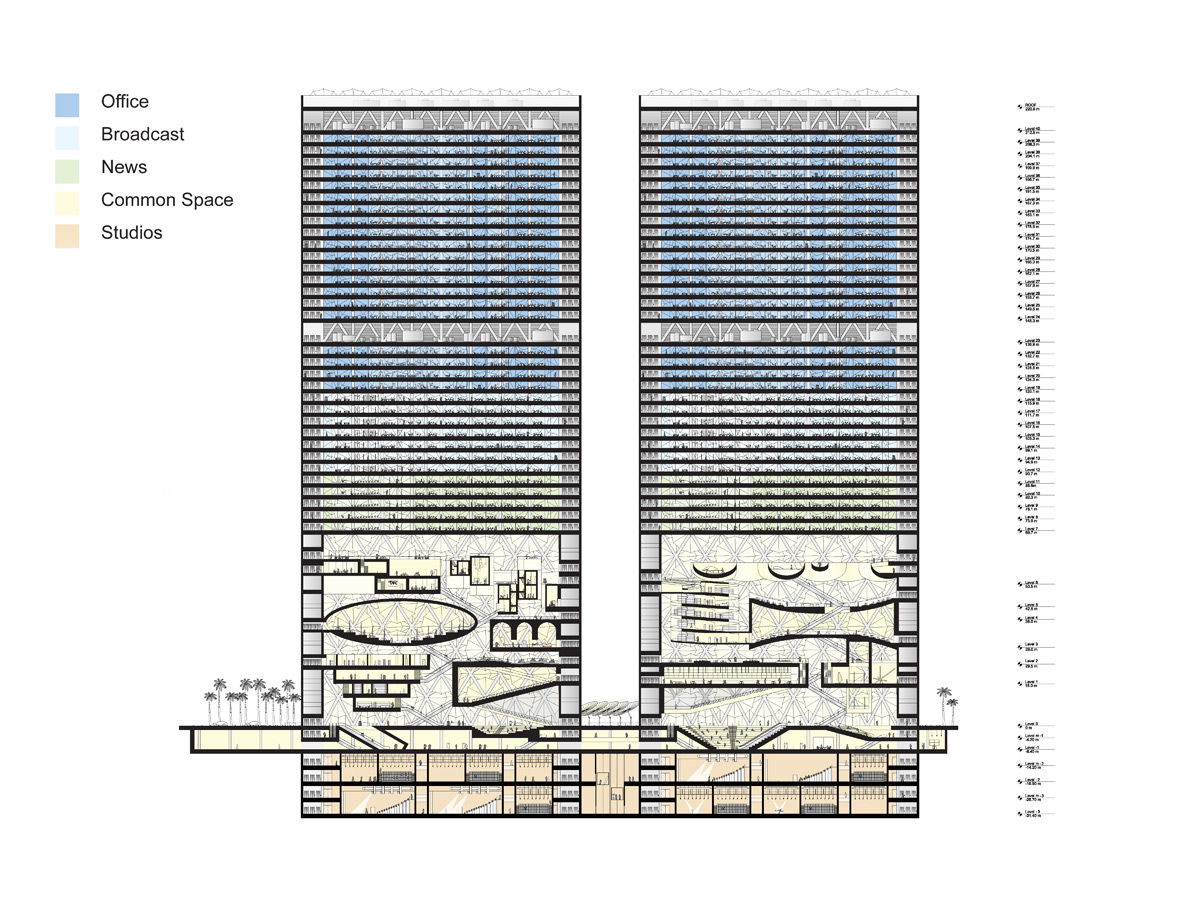 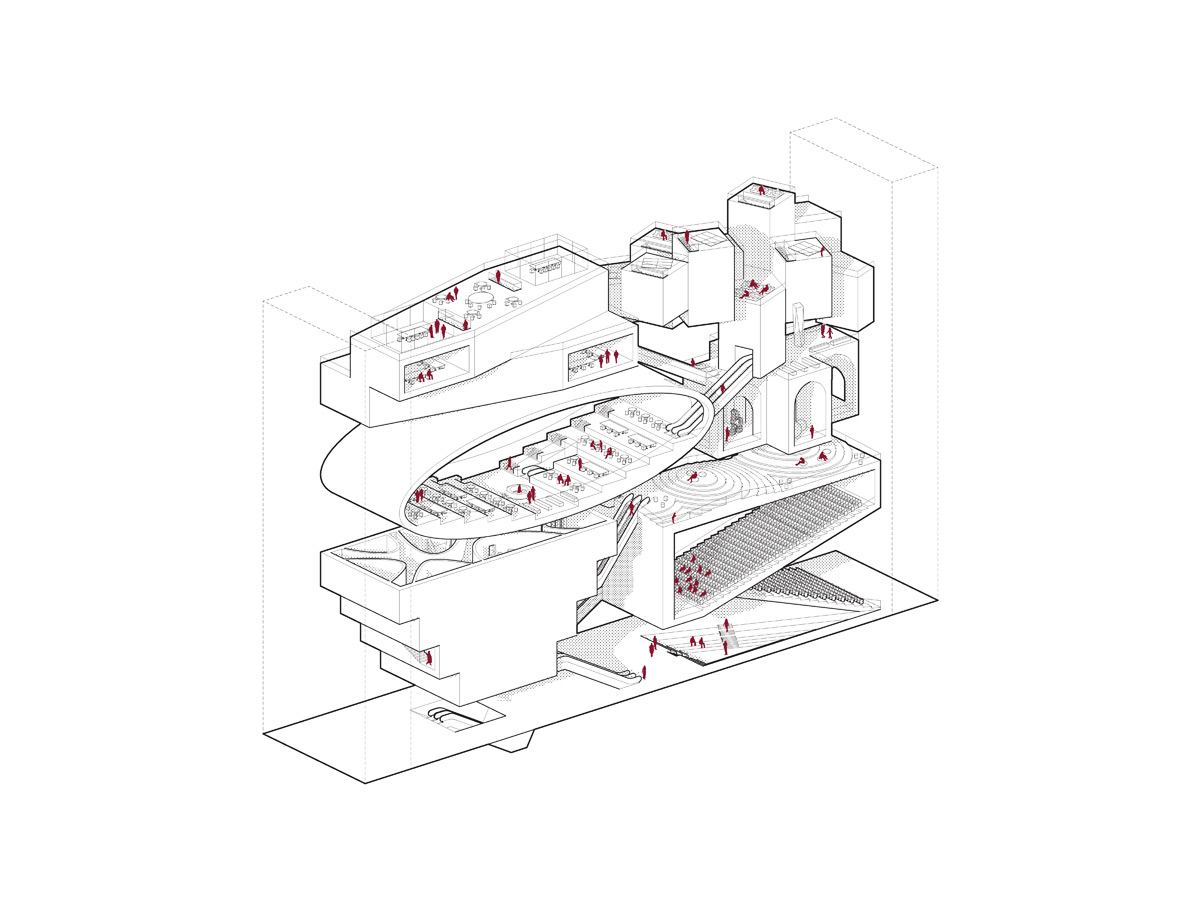 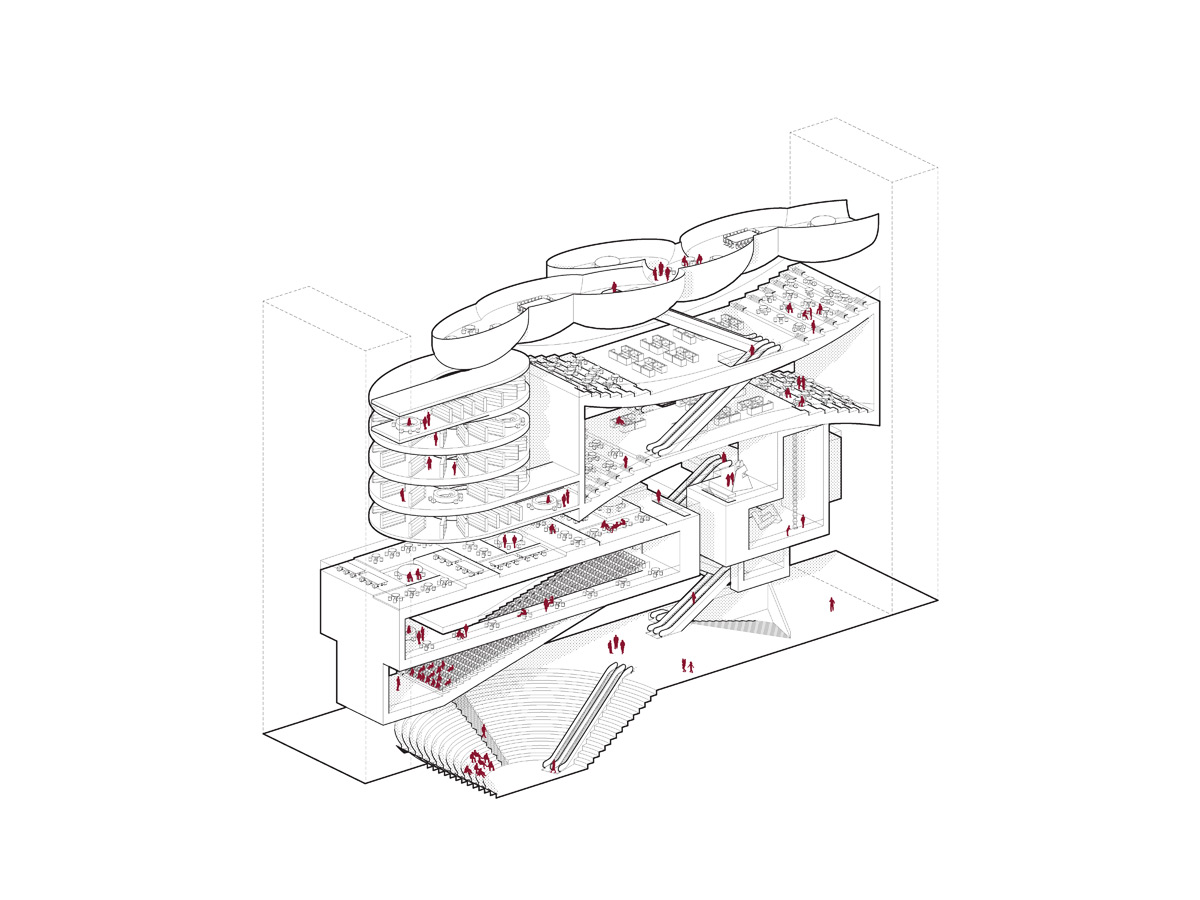 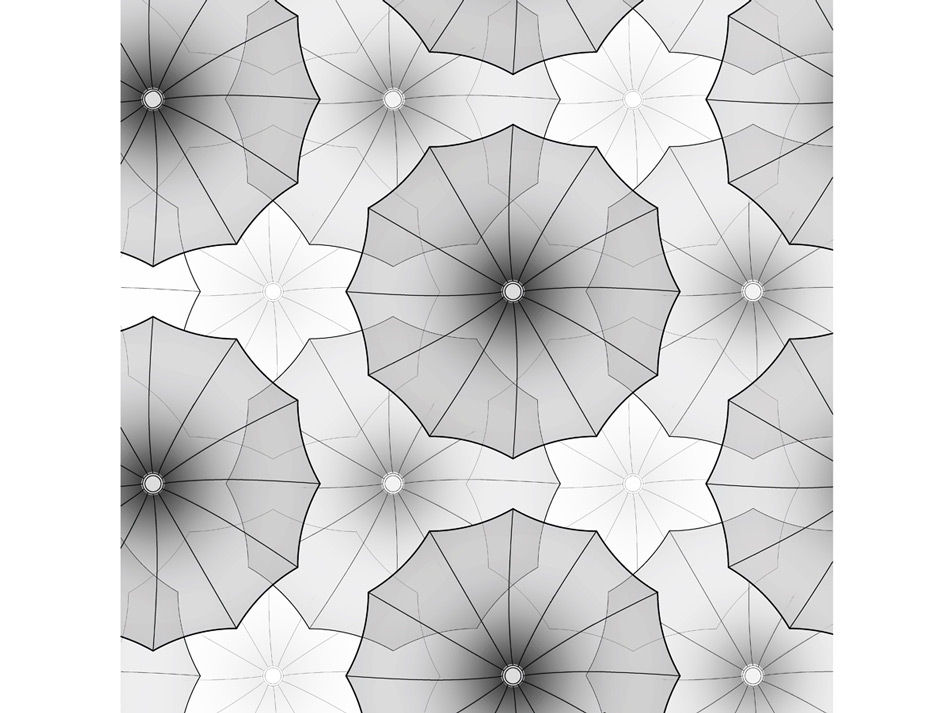