REX architecture has unveiled designs for ‘equator tower’ in kuala lumpur, malaysia, an 80-storey structure primarily housing new office facilities for the region, but also including a diverse program of auditoriums, restaurants and bars, retail outlets and executive clubs. the design is characterized by an external sunshade, wrapping the entirety of structure, which can be retracted depending on environmental conditions.

view from a typical office space, with and without the sunshade in place
image by REX architecture PC

as the name suggests, the building is located on the equator, meaning that it receives equal and direct levels of sunlight and exposure on each of its four elevations. consequently, the scheme’s retractable PTFE-coated glass fiber-reinforced sunshade ensures that offices are protected from glare, without compromising panoramic external views. 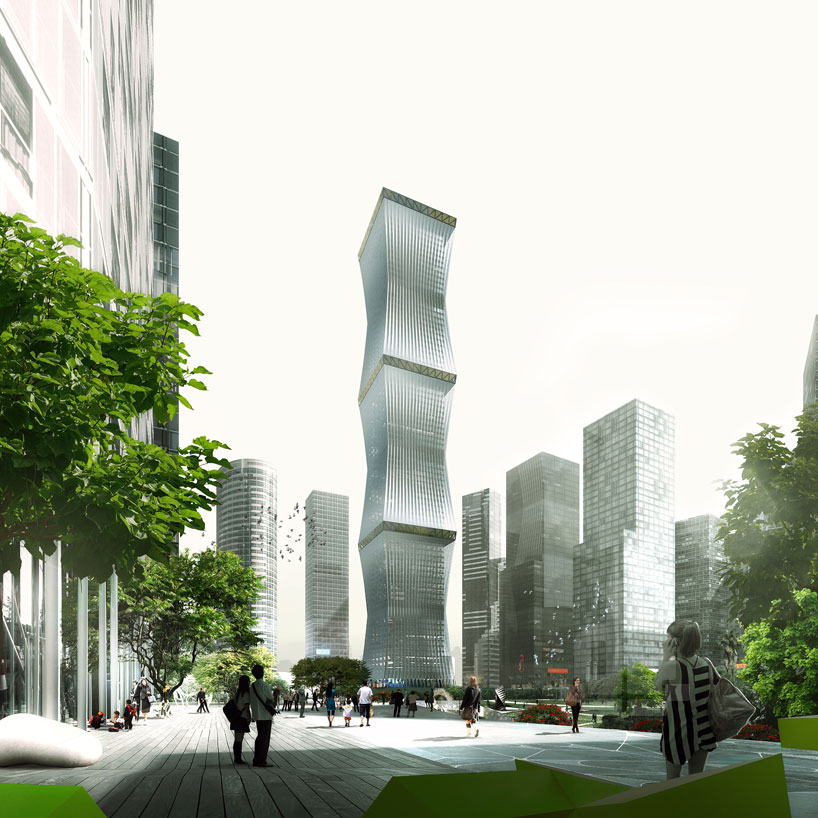 the view from northwest gateway
image by luxigon

during the day the sunshade is stretched across the project on a tensile cable net, establishing the tower’s identifiable form. the design allows sections of the veil to be retracted when not exposed to the sun, or the entire shade to be removed on overcast days or evenings. it is imagined that the daily changes and transformations of the building and its shading device will become a spectacle in its own right, a new landmark for the kuala lumpur skyline. 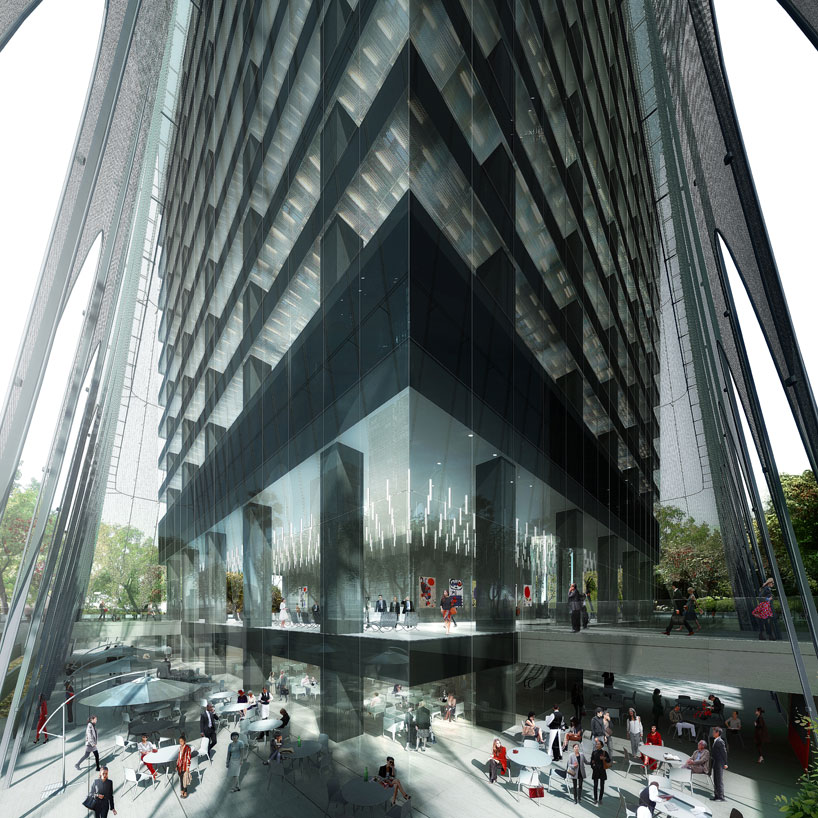 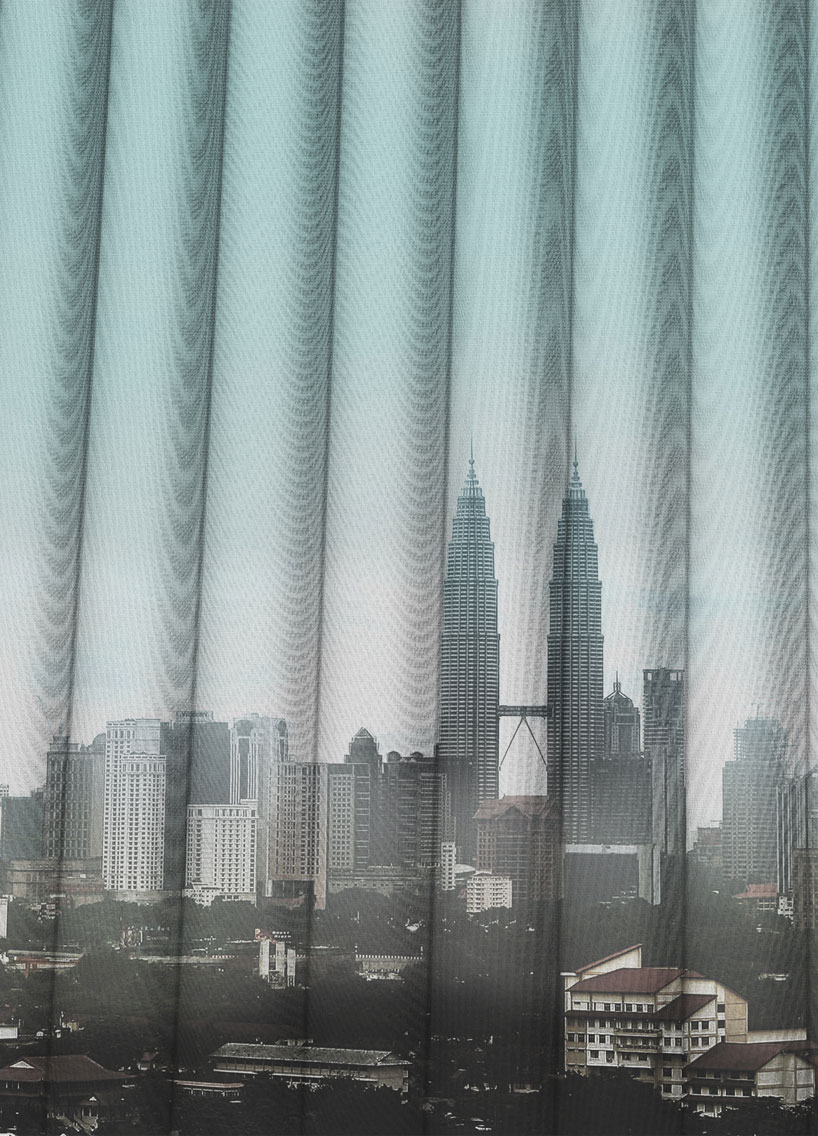 (left) the proposal incorporates an effective vertical transport system, where double-decker elevator cabs connect the intermediate levels of the design
(center) an efficient service riser scheme ensures a slender structural core
(right) the core of the structure is ringed by 12 meter wide plates on a 1.5 meter planning grid

(left) the tower utilizes narrow perimeter columns, and is triple-glazed with 2.9 meter floor to ceiling windows
(center) the floor area ratio saved by the offices spatial efficiency is added to other storeys of the design
(right) the building receives equal and direct levels of sunlight and exposure on each of its four elevations

(left) the veil is silver on the outside to reject heat
(center) during the day the sunshade is stretched using a tensile cable net
(right) at dusk, the veil is retracted to reveal the elegant tower within

highlighting the tower’s flexible and adaptable sunshade
image by luxigon 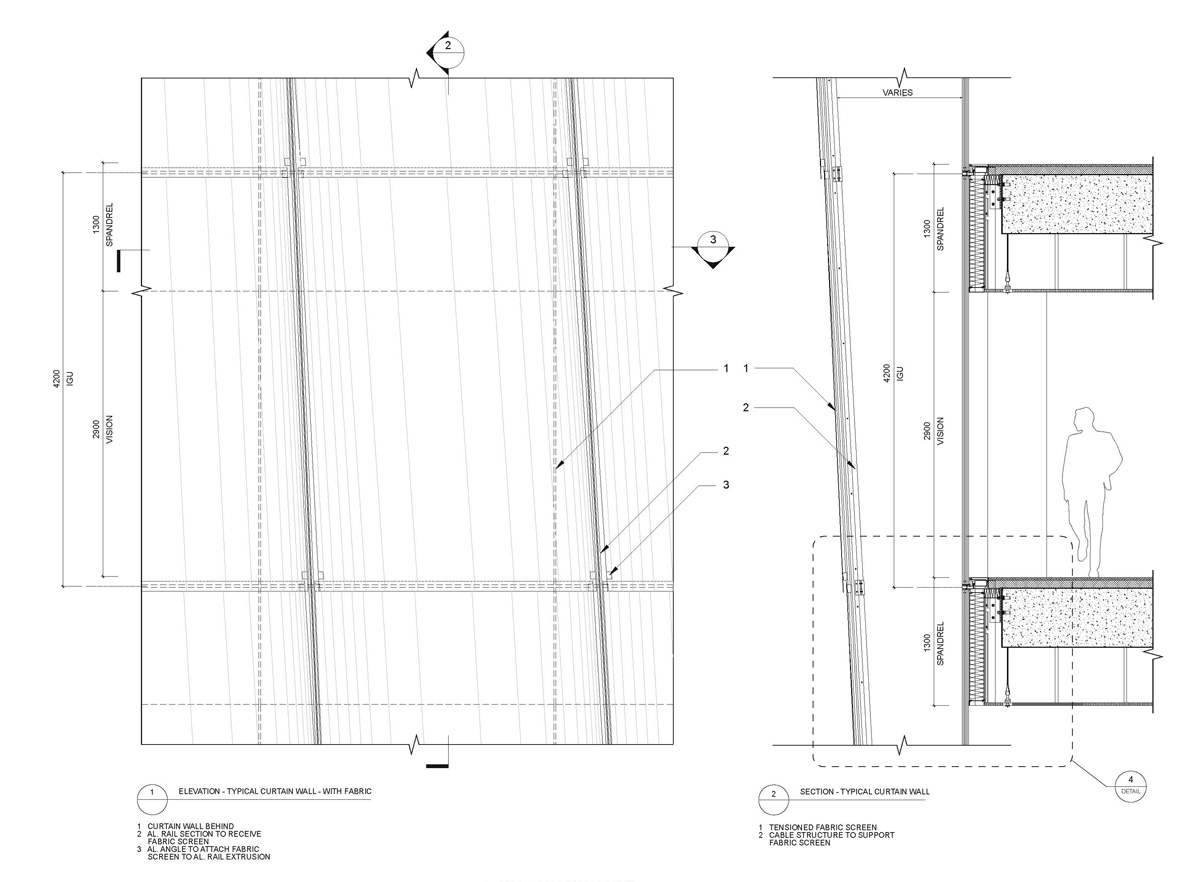 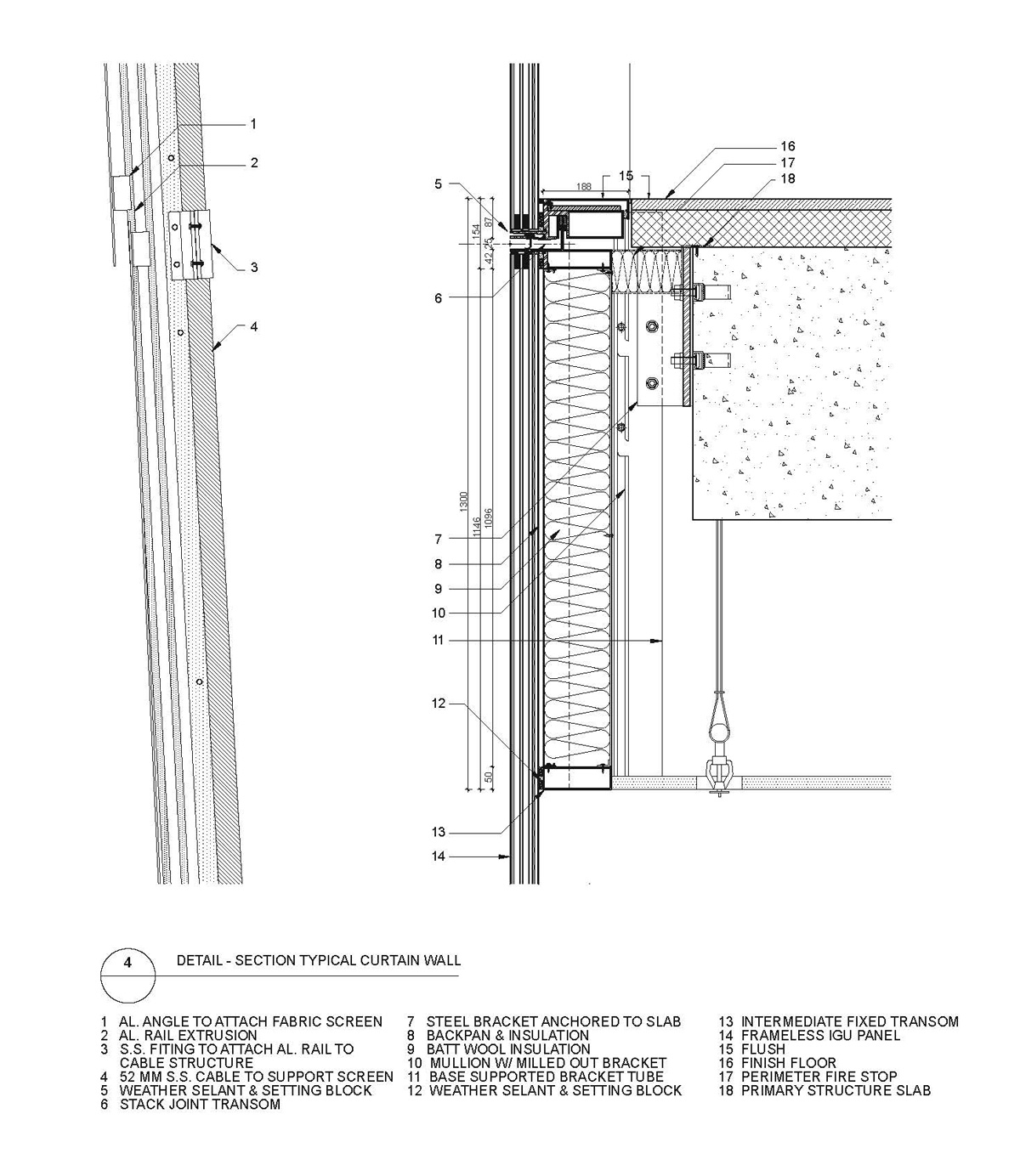 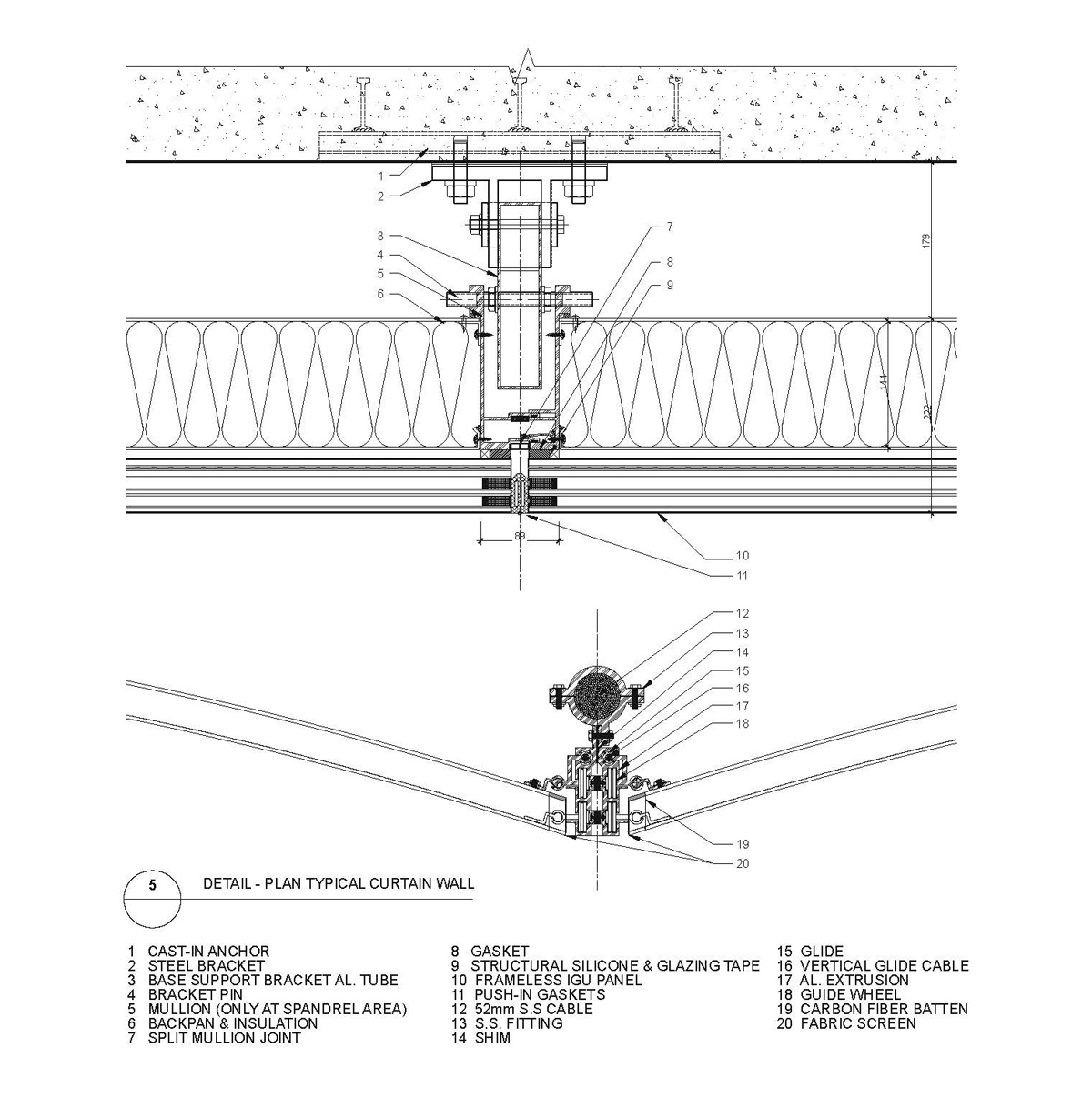 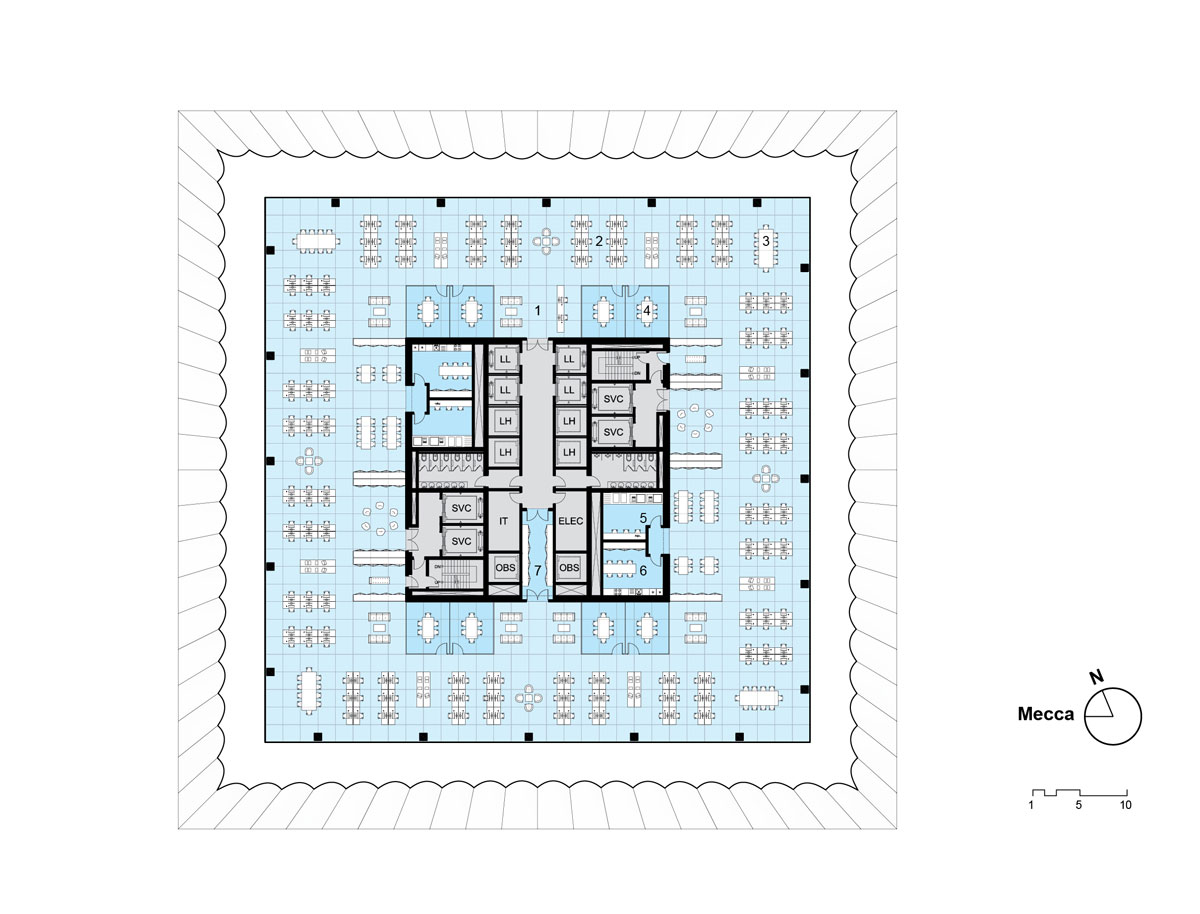 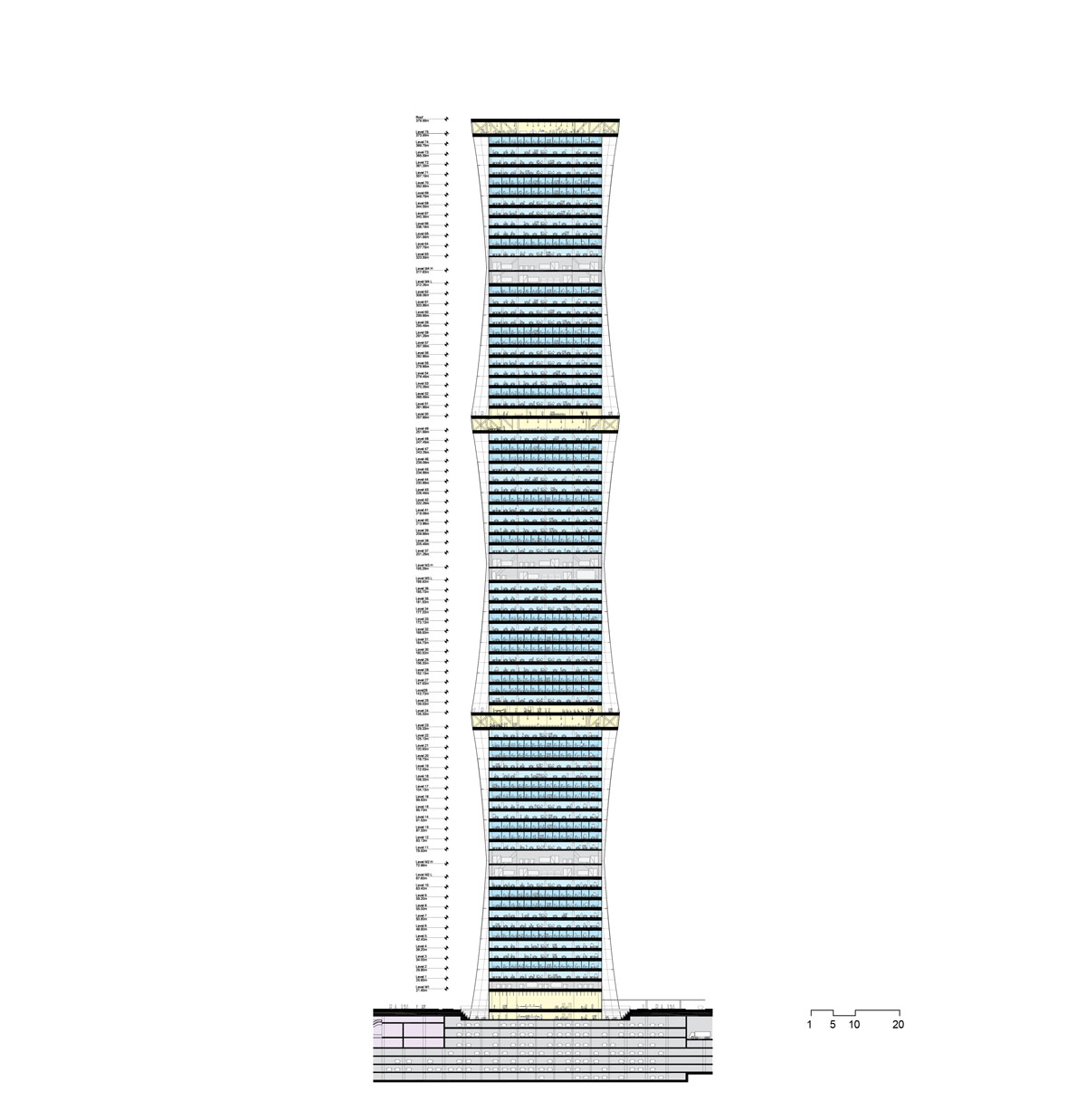 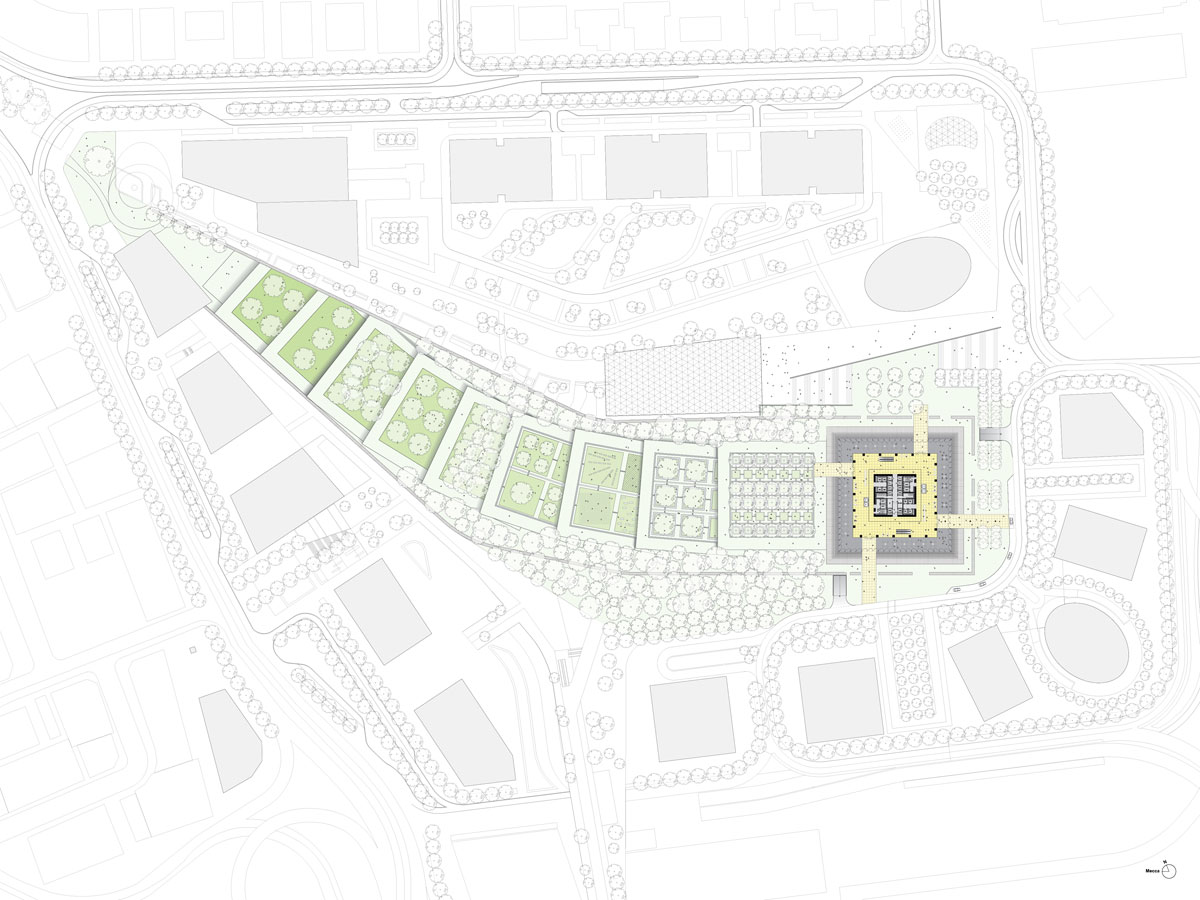 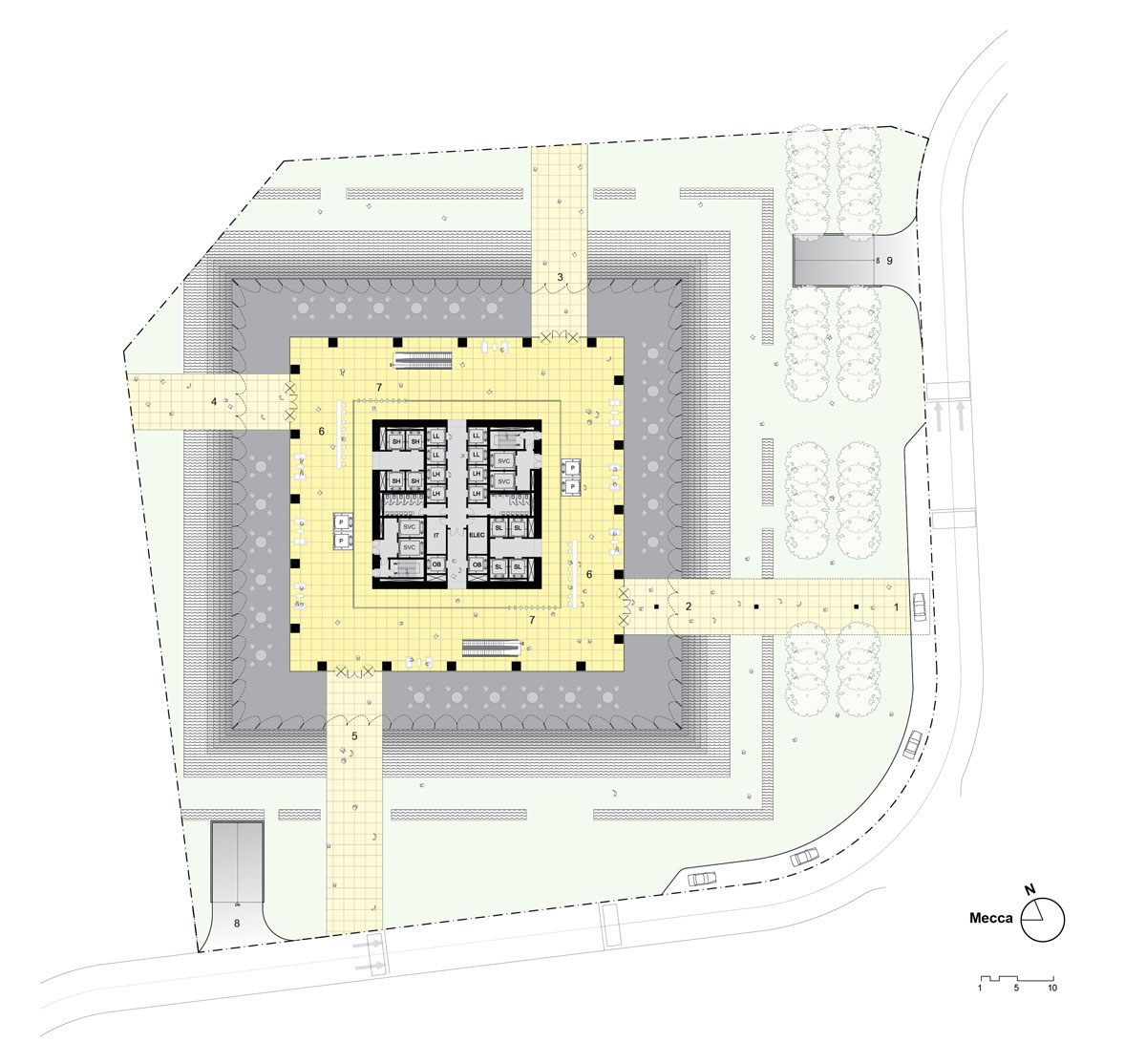 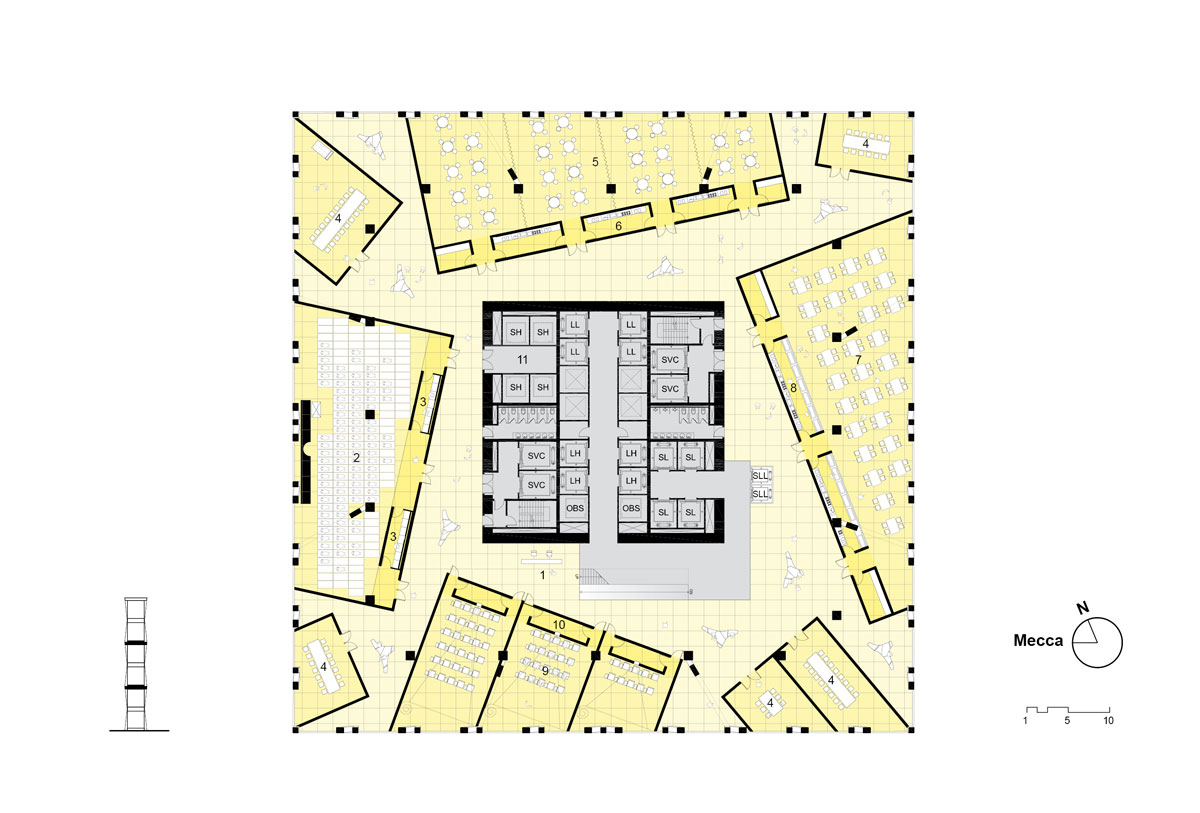 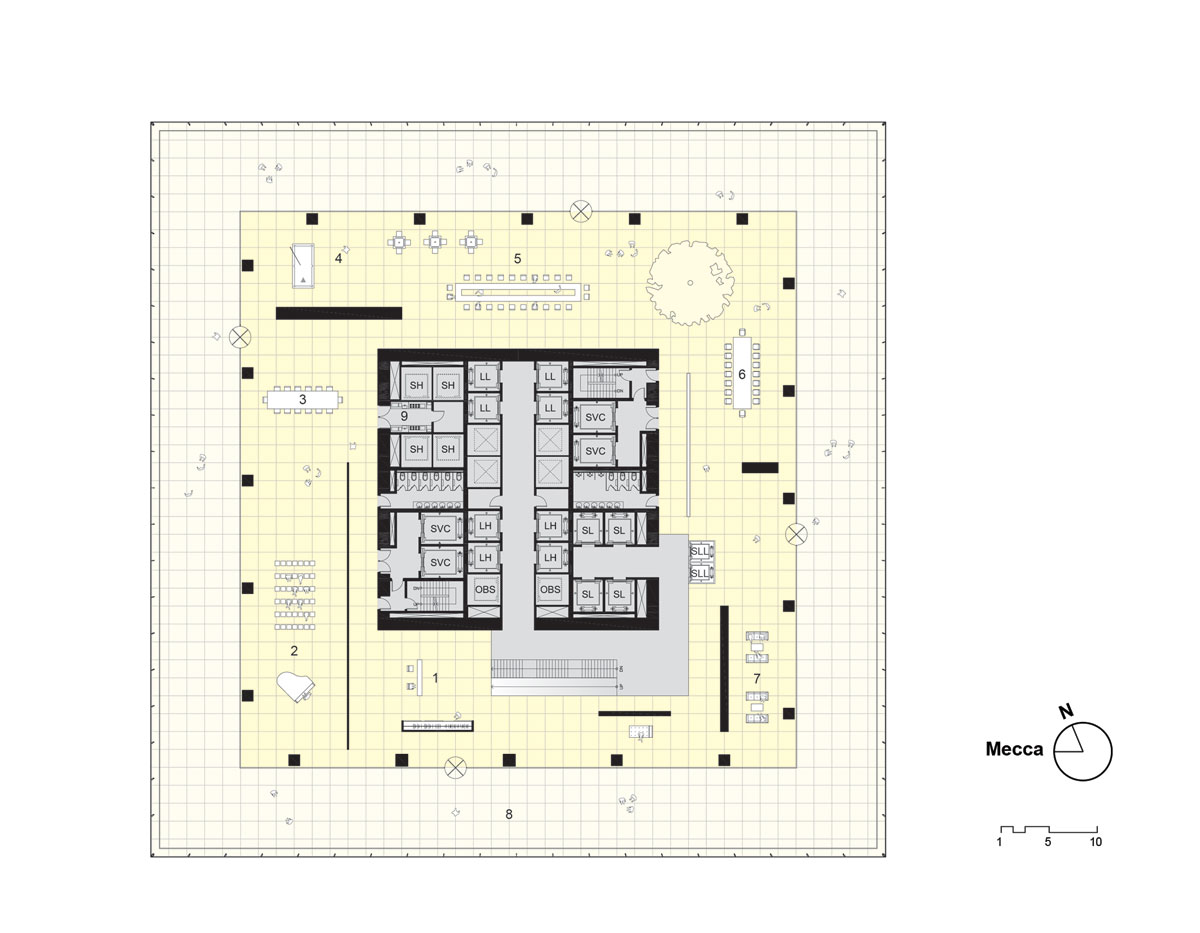 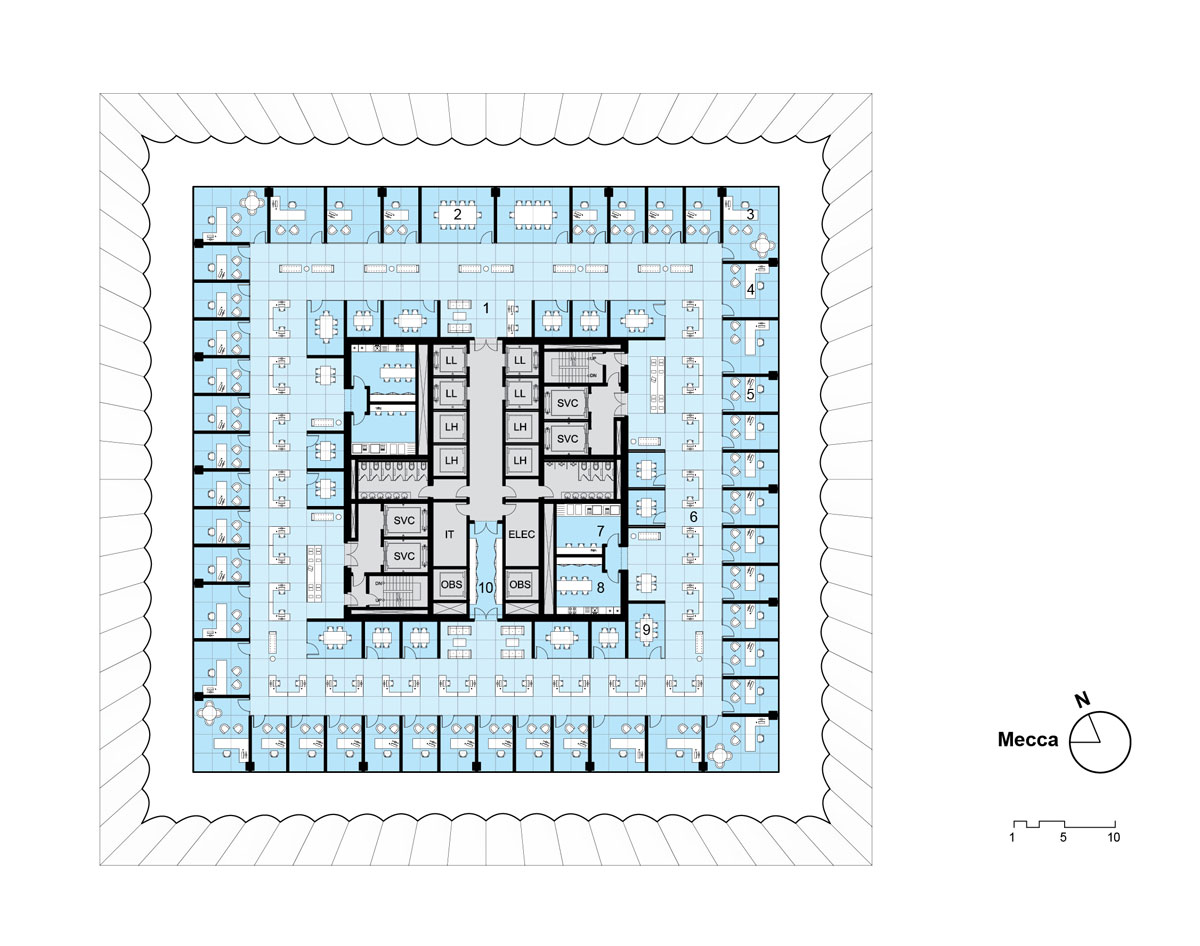