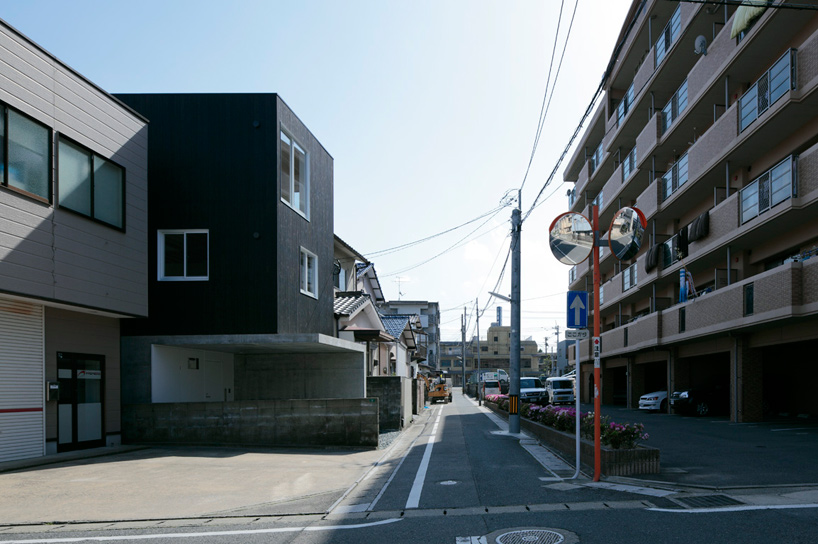 flanked on both long sides by neighboring structures, the rectangular volume utilizes spaces from the front and back for a covered garage park and an outdoor balcony. the ground level features a reinforced concrete base that holds up the rest of the house which is clad in scorched timber panels. while exceeding the heights of the adjacent buildings, the street face is unassuming with a set of square-shaped windows marking its surface. 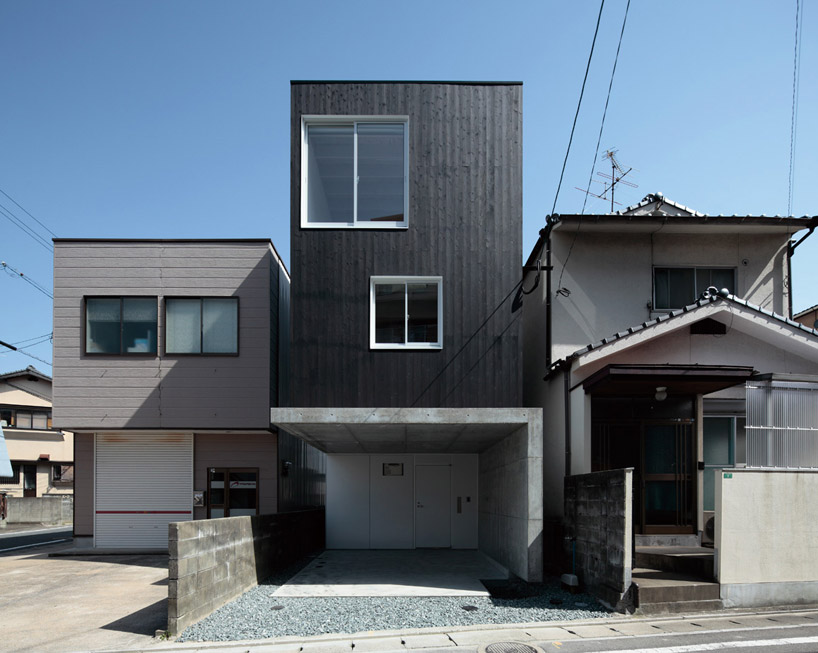 in contrast to its dark exterior expression, the interior is finished in white and light wood to maximize on the natural daylighting effect. the ceiling is left raw and unfinished, exposing a rhythmic pattern of horizontally-running wooden beams. placed mid-depth in the layout is a minimalistic steel staircase that provides the main circulation throughout the house. the second level accommodates the communal program in an open and linear fashion while the bedrooms are placed at either ends of the third storey. a system of retractable wall partitions on tracks provides privacy for the inhabitants when needed. 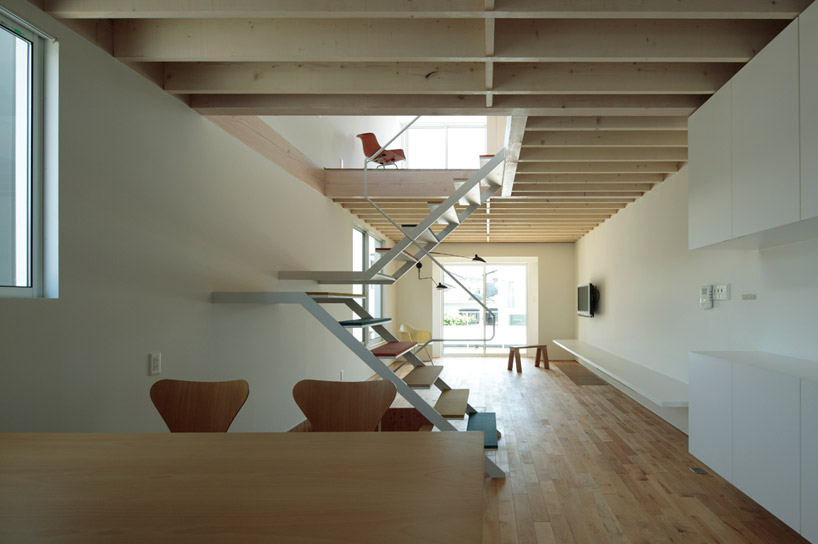 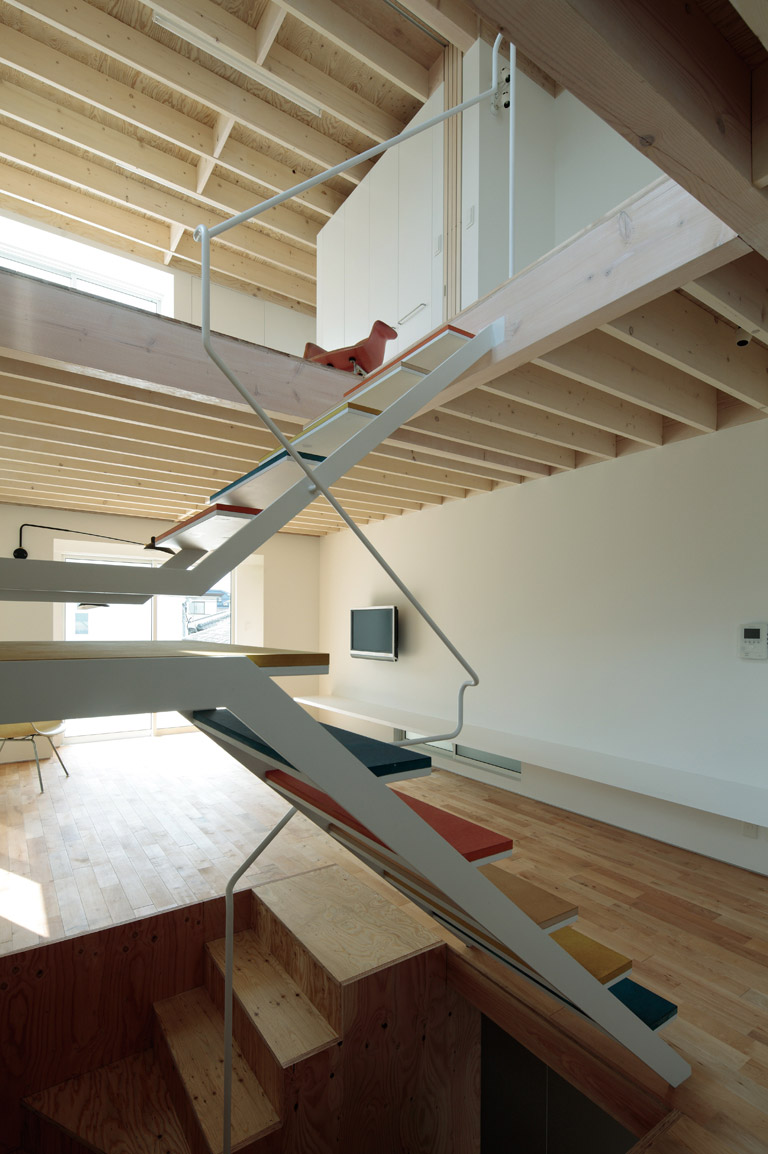 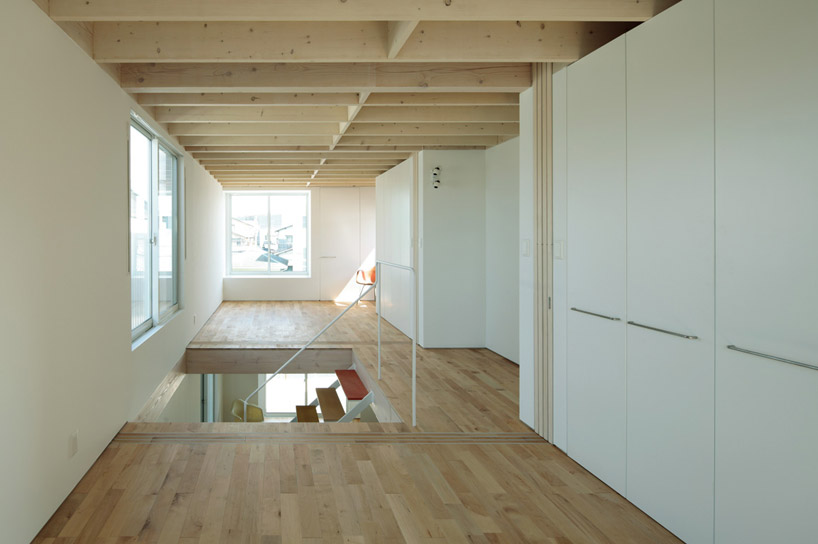 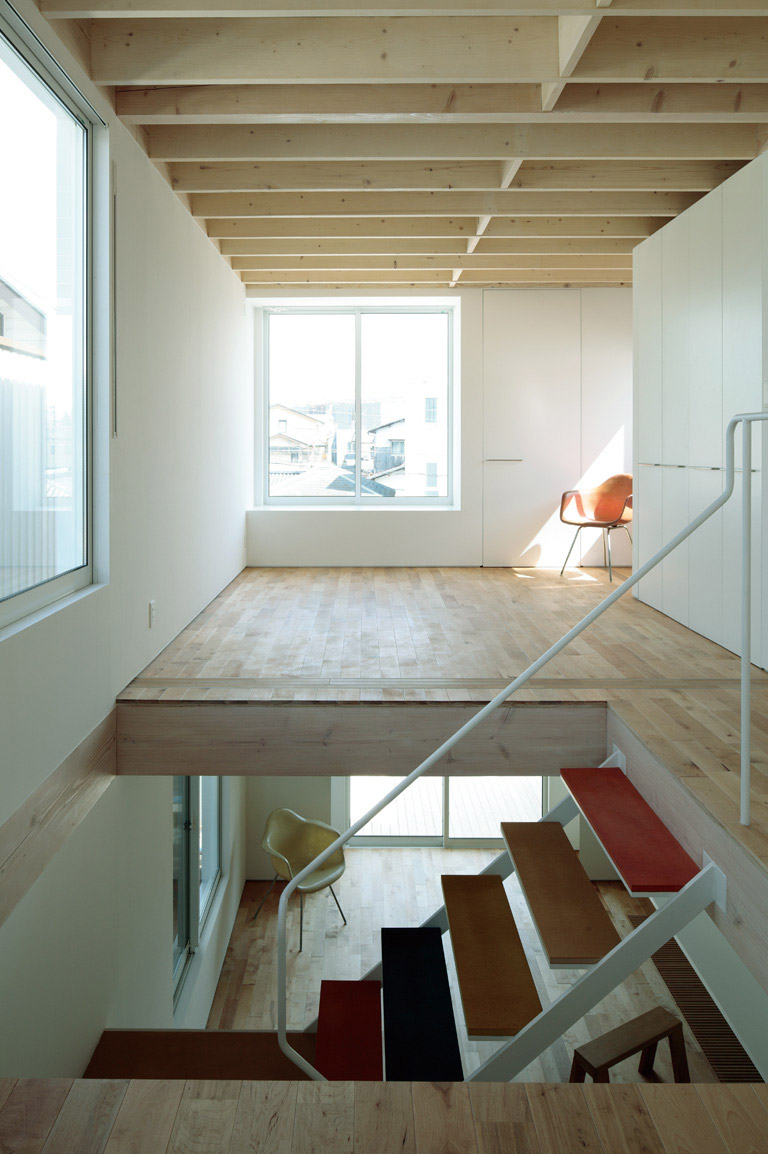 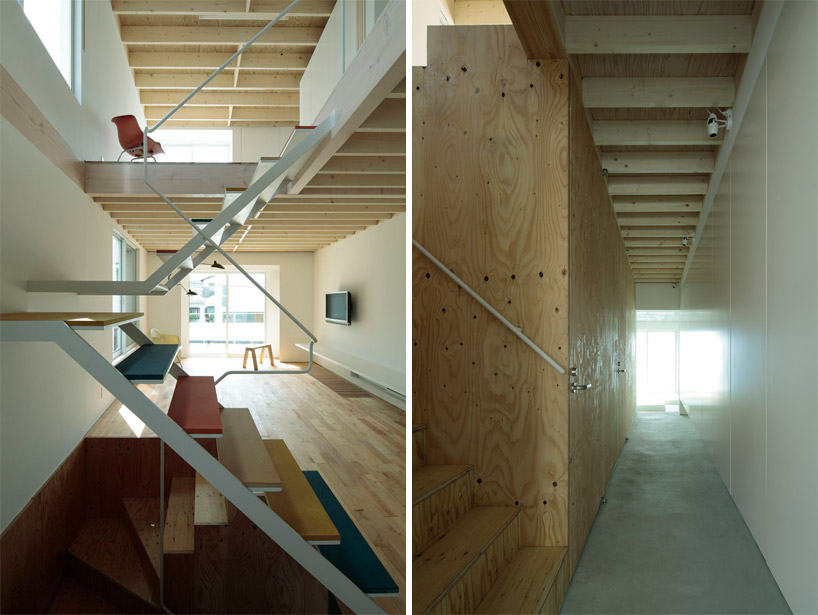 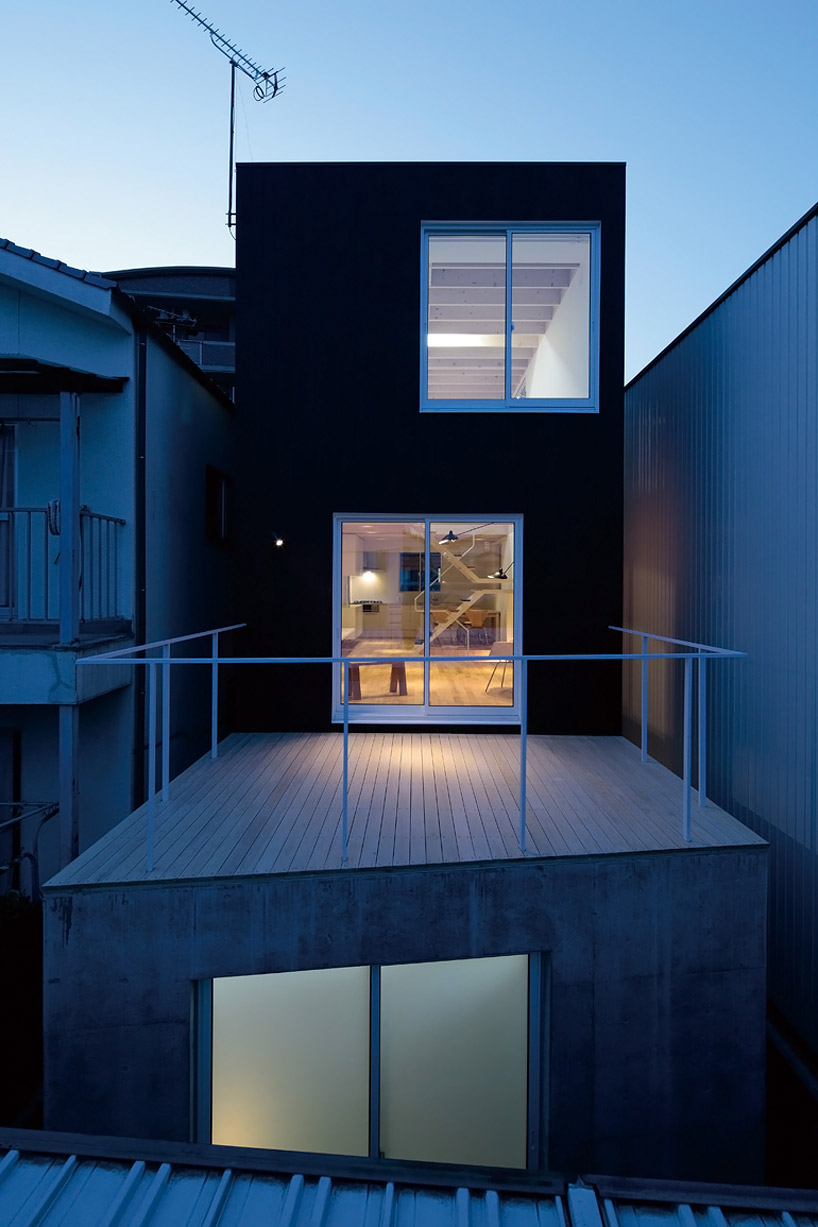 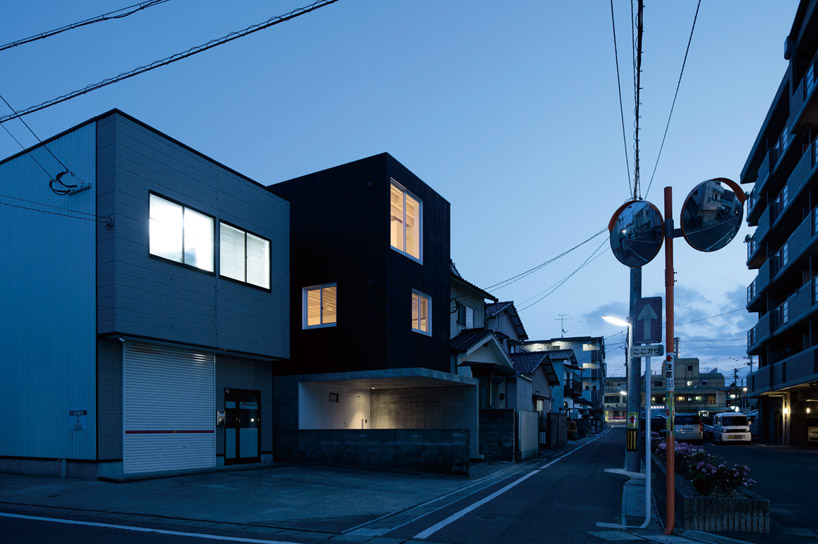 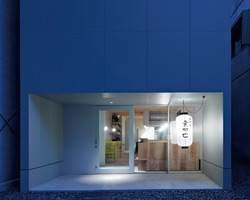 Aug 10, 2014
rhythmdesign combines restaurant and residence for yokaya in japan 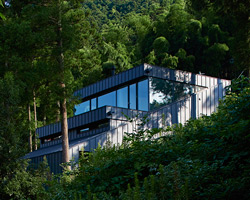 Aug 08, 2014
house in raizan forest by rhythmdesign cascades down hillside in japan 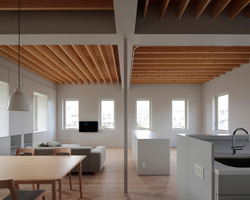 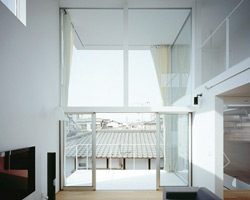 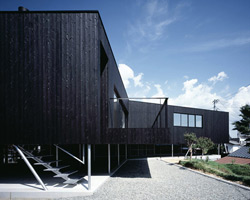