it has been announced that liverpool’s everyman theatre has been awarded the 2014 RIBA stirling prize. designed by london-based practice haworth tompkins, the scheme includes a 400-seat auditorium, rehearsal and development space, public foyers and dining outlets, while the project’s exterior is defined by a façade that comprises dynamic metal sunshades. see designboom’s full coverage of the theatre here.

the five other shortlisted schemes from across the UK are listed below:

the various projects were judged in terms of their design excellence and their contribution to the evolution of the built environment, with a common theme placeing an emphasis on transformative public structures, offering a sense of optimism in the wake of recent financial turbulence. the judges, who each visited the six shortlisted buildings, comprised spencer de grey – chair (foster + partners), MJ long (long and kentish architects), cindy walters (walters and cohen), stephen kieran (kieran timberlake) and sir timothy sainsbury. 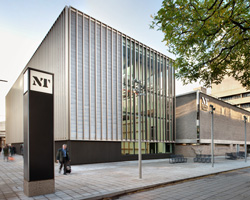 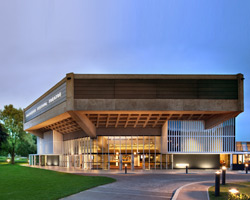 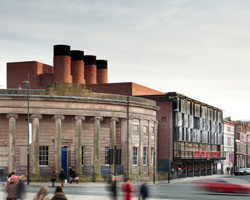 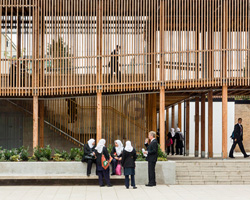 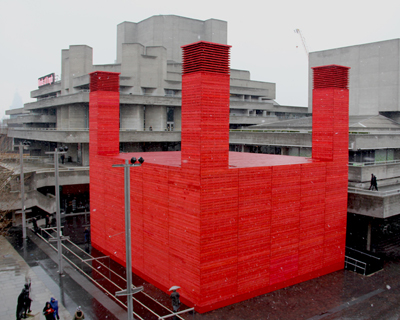