RIBA has announced its shortlist for the 2017 stirling prize, the annual award that celebrates the UK’s best new architecture. the projects include work by two-time winners rogers stirk harbour + partners, as well as previous nominees dRMM, reiach & hall architects, and michael laird architects. groupwork + amin taha, 6a architects, and baynes and mitchell architects have all been shortlisted for the first time. the winner of this year’s prize will be announced on october 31, 2017. read more about each of the nominated buildings below. 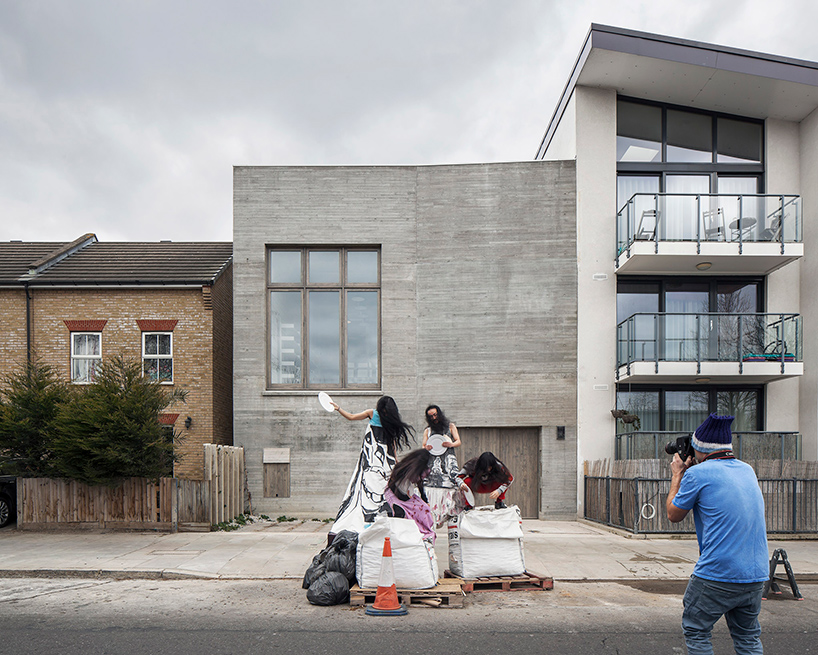 first time nominee 6a architects was selected for the photography studio it designed for fine-art and fashion photographer juergen teller. ‘the project comprises a series of three buildings and gardens to form a new studio, offices and archive,’ say the judges. ‘the brief was for a light-filled, flexible, informal and welcoming set of spaces; with a natural flow and sociability. detailing throughout is exquisite; from the in-situ concrete of the finely formed stairs, to the seamless brass balustrades. large but delicately beaded timber window frames, add refinement to an otherwise minimal material palette. the building is an exemplar of fabric first and low energy design.’ 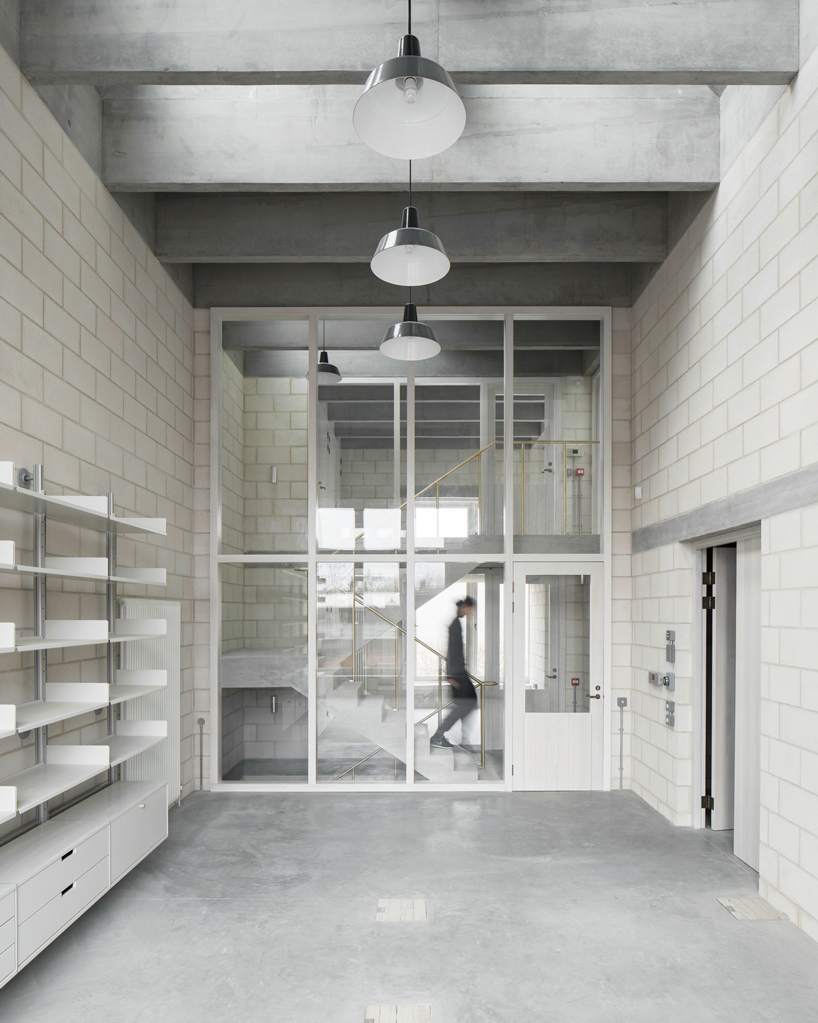 designed by baynes and mitchell architects, ‘command of the oceans’ establishes a new visitor experience for chatham historic dockyard. ‘the striking new visitor entrance, clad in black zinc, knits together the historic fabric to either side,’ comments the judging panel. ‘the decision to use black cladding rather than a white structure which would match existing, and the decision not to mimic the pitch of the existing roofs, was a bold move in conservation terms and very successful.’ 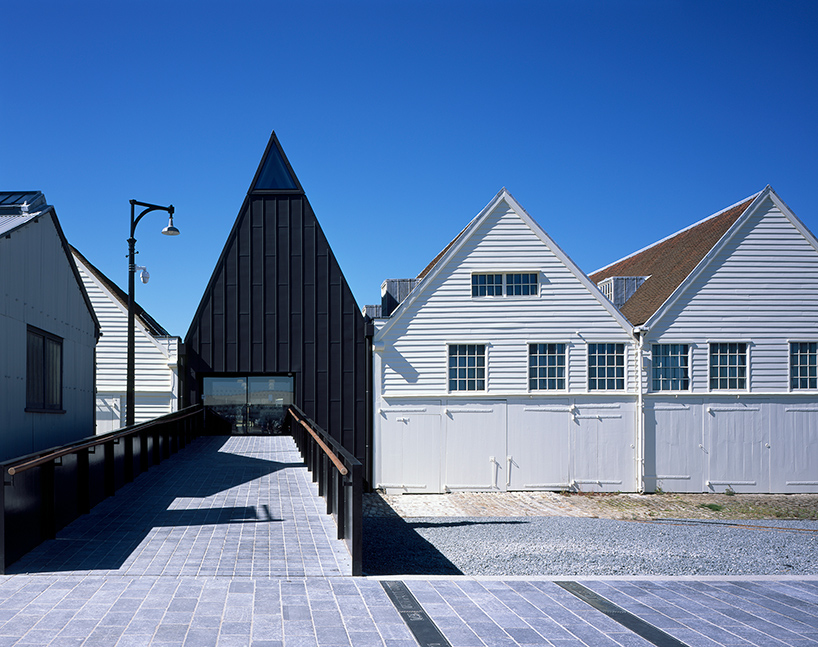 ‘the cathedral-like quality of the entrance hall, with its focus on the end view over the dockyard, is very successful,’ explain the judges. ‘the museum element of the scheme which tells the history of the dockyard is designed around a route which ultimately leads to the hidden timbers of the unknown ship beneath the floorboards. this sense of discovery and the decision to leave the timbers in situ is a very powerful move.’ 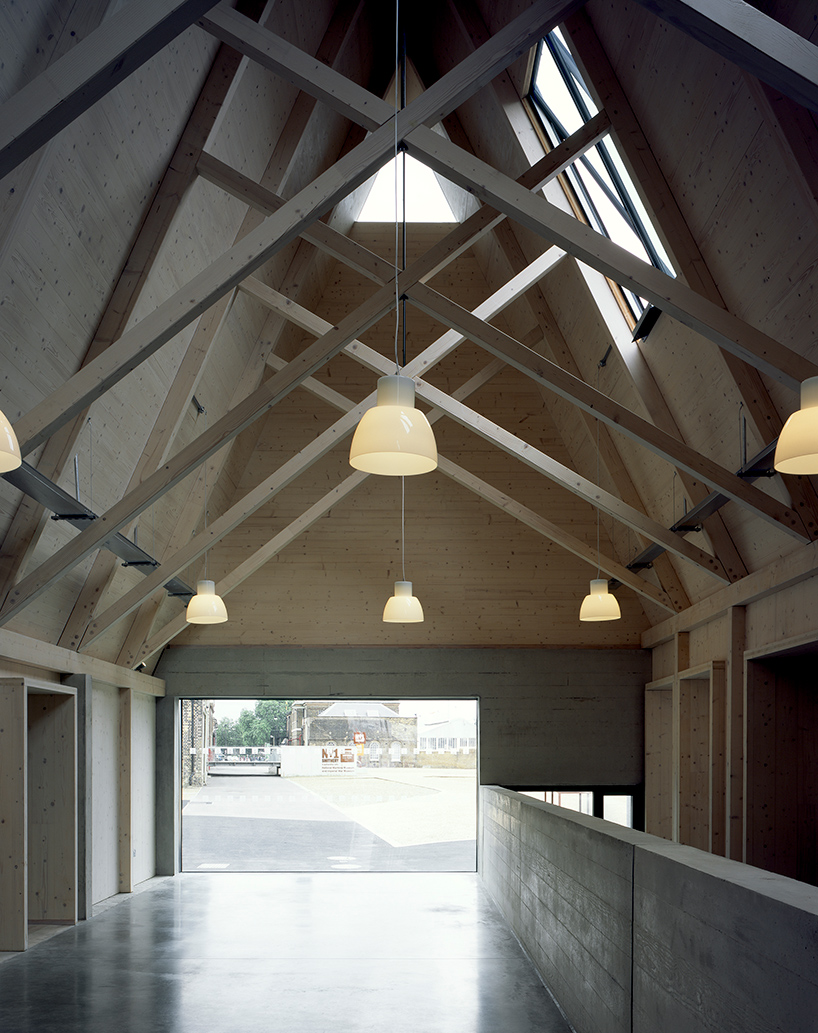 hastings pier reopened last year after a major redevelopment by dRMM architects. the new structure sits upon the repaired victorian iron work of the original pier, and has been designed to kick-start the southern english town’s renaissance. ‘it has taken a seven-year heroic collaboration to turn a smouldering pier in disrepair and decline into a vibrant public space with a palpable sense of ownership,’ said the panel. ‘this collaboration has been between the community, the council, the engineers and the architect and it is the architect’s vision which has been vital throughout to steer the process.’ 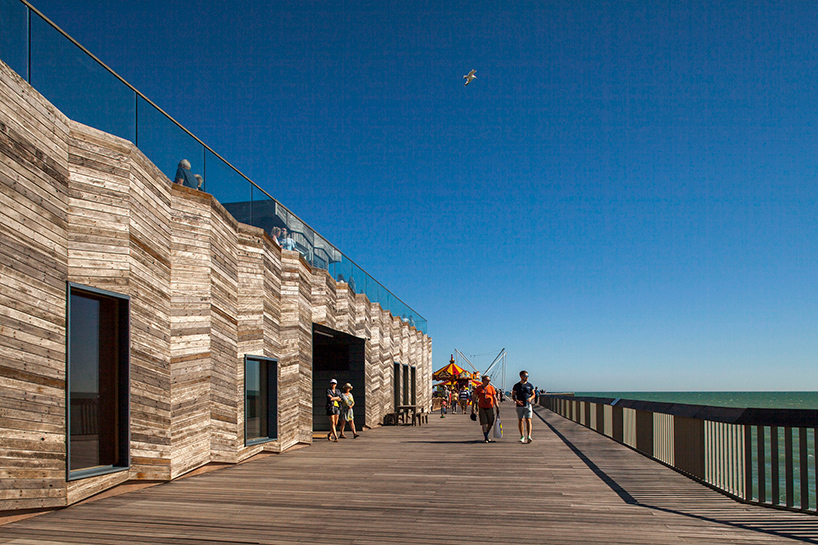 ‘from a conservation perspective, this project has reinvigorated a fire-damaged historic structure and facilitated a contemporary and appropriate new 21st century use,’ adds the jury. ‘the project has been mindful to integrate material from the original pier in the new design, and the process of restoration was used to help train a new generation of craft specialists.’ 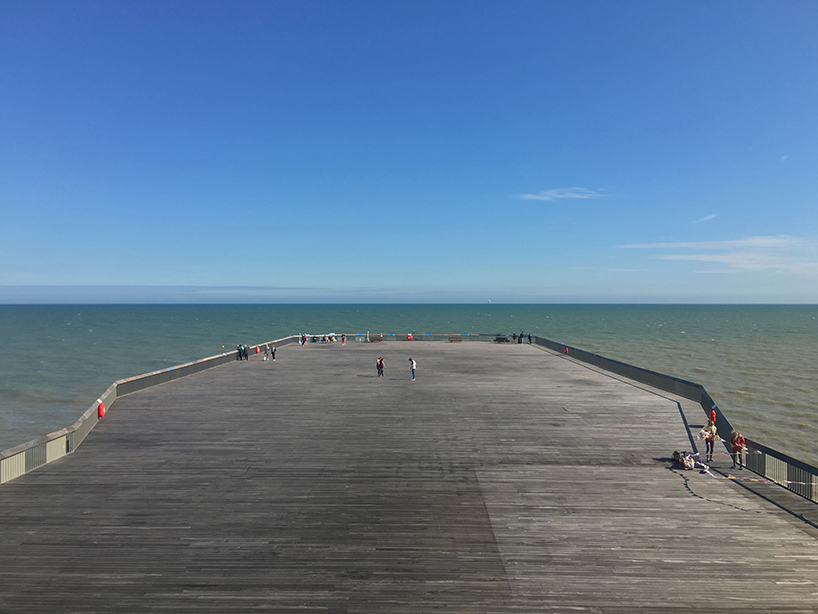 designed by groupwork + amin taha, barrett’s grove is a slender brick-clad and wicker-balconied development of six apartments in east london. ‘the staggered hit-and-miss brick skin of the façade makes a larger-than-usual pattern, which fits the tallness of the overall building,’ comment the judges. ‘wrapping the skin up and over the roof, emphasizes the simplicity of the building’s form.’ 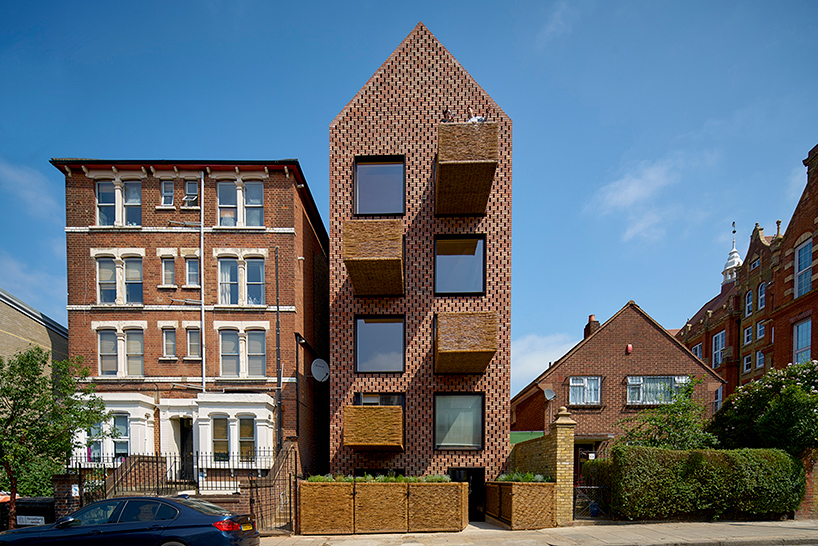 ‘inside, the feeling is of a large house split into many homes; a refreshing change from the cheap finishes and convoluted corridors of many apartment blocks,’ continues the panel. ‘the apartments are double aspect and each room is a good proportion. space is used wisely and left over space is exploited, for example a strip of workspace overlooks the living room in the top maisonette making a small strip of space a delight to inhabit.’ 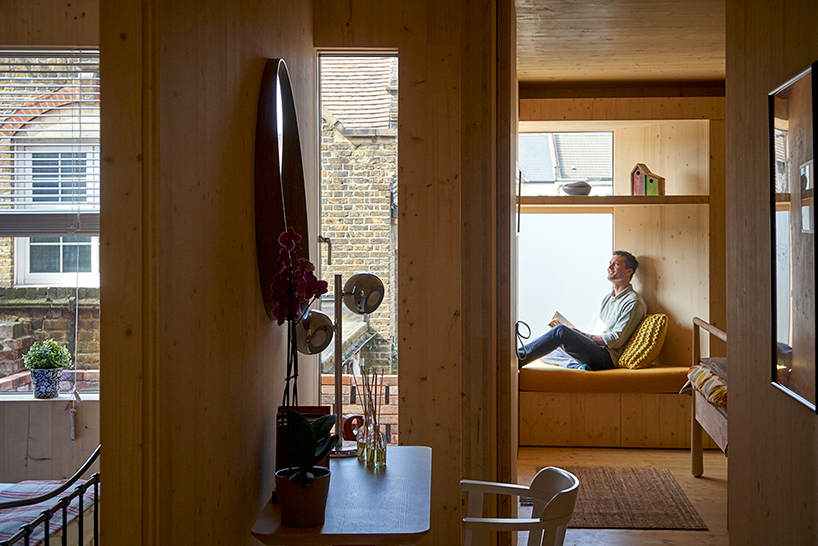 previous nominees reiach & hall architects and michael laird architects have again been selected, this time for a large college campus at the heart of glasgow. ‘the merger of glasgow’s central, metropolitan and nautical colleges created a super college bringing together facilities and teaching previously housed in 11 separate buildings across the city within two new central campuses,’ explains the jury. ‘city campus, more than 60,000 square meters in size, is the second of these large new buildings. it brings together six major faculties in 300 high-tech classrooms, multi-purpose lecture theaters and specialist teaching facilities.’ 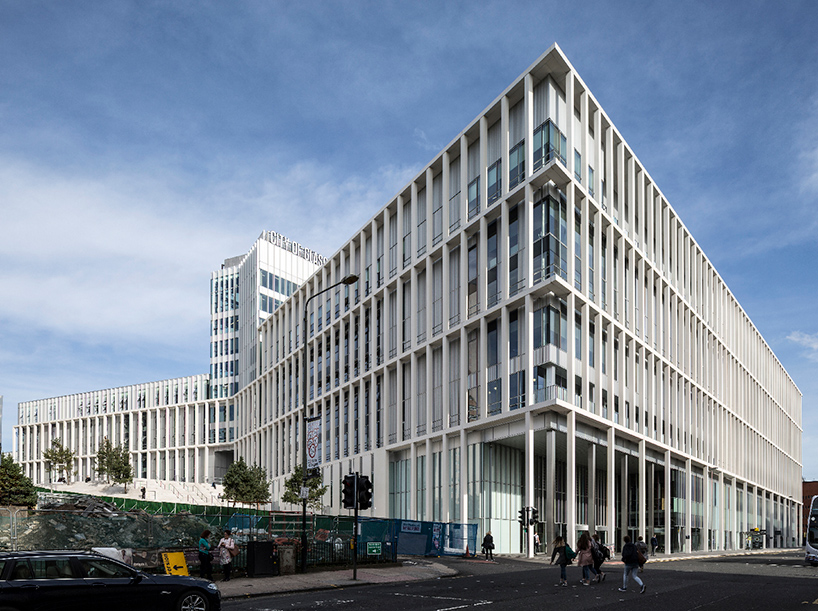 ‘while the initial impression of this building is as something of immense scale which also signals its presence as an important place of learning, its internal spaces are designed to encourage both the formal teaching processes which it contains and informal, more chance encounters,’ comments the panel. ‘the materials palette and form of the building are deliberately restrained to generate something of skill, clarity and elegance, on the grandest scale.’ 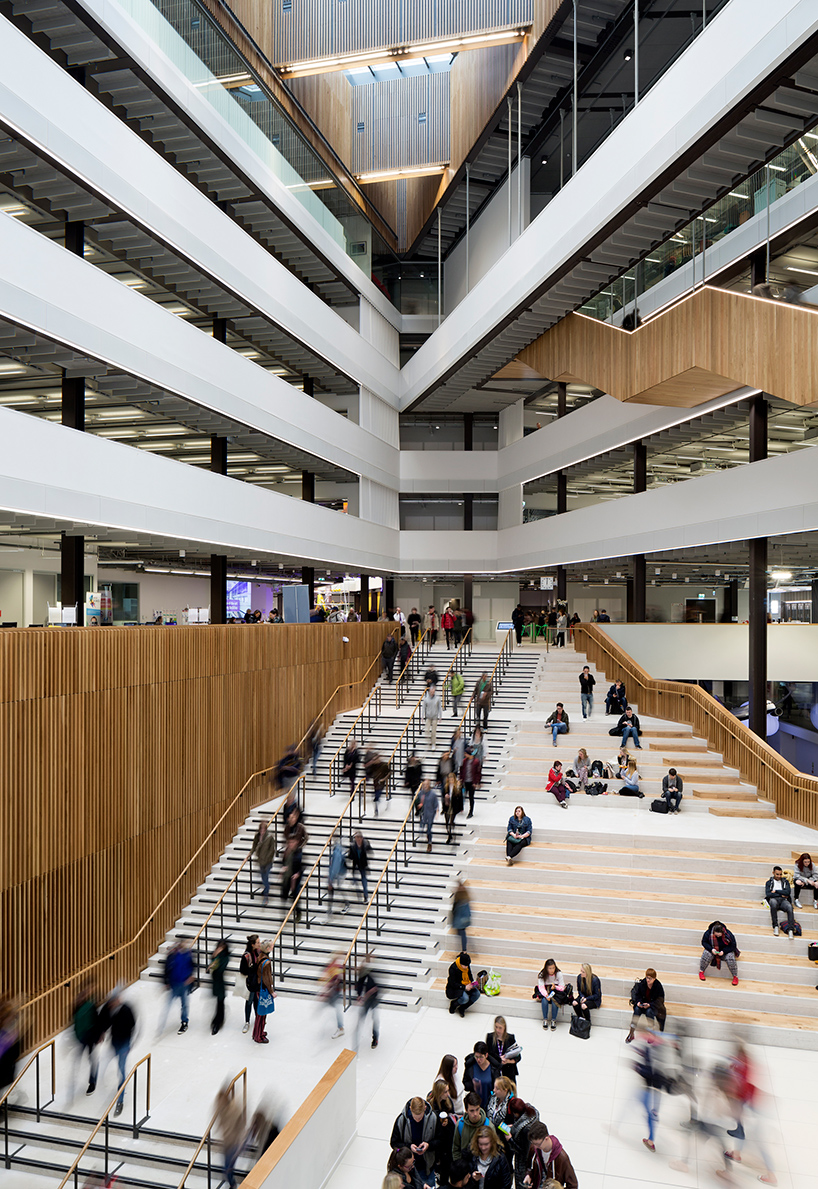 the world conservation and exhibitions centre (WCEC) is one of the british museum’s largest redevelopment projects in its 260 year history. designed by rogers stirk harbour + partners, the new complex enables the museum to store, conserve and display a wider range of cultural artifacts and objects from around the globe. ‘it [the WCEC building] consists of five vertically linked pavilions (one of which is located entirely underground), and houses a new exhibition gallery, laboratories and conservation studios, storage, and facilities to support the museum’s logistical requirements and loans program,’ explain the judges. 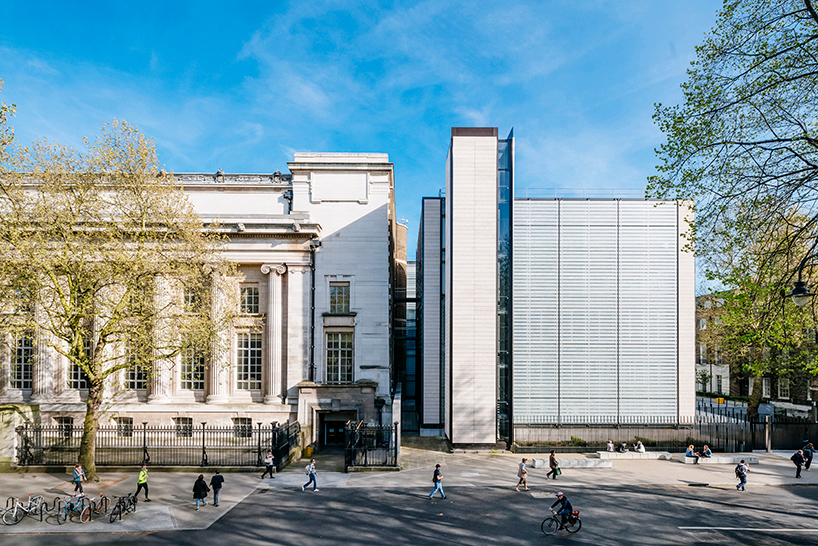 ‘this building is the realization of an extremely complicated brief in terms of spatial challenges, technical requirements, and engineering technologies,’ notes the jury. ‘its achievement derives from the elegant and simple way these challenges are met, while maintaining a clear and coherent diagram and a refined and rational building enclosure.’ 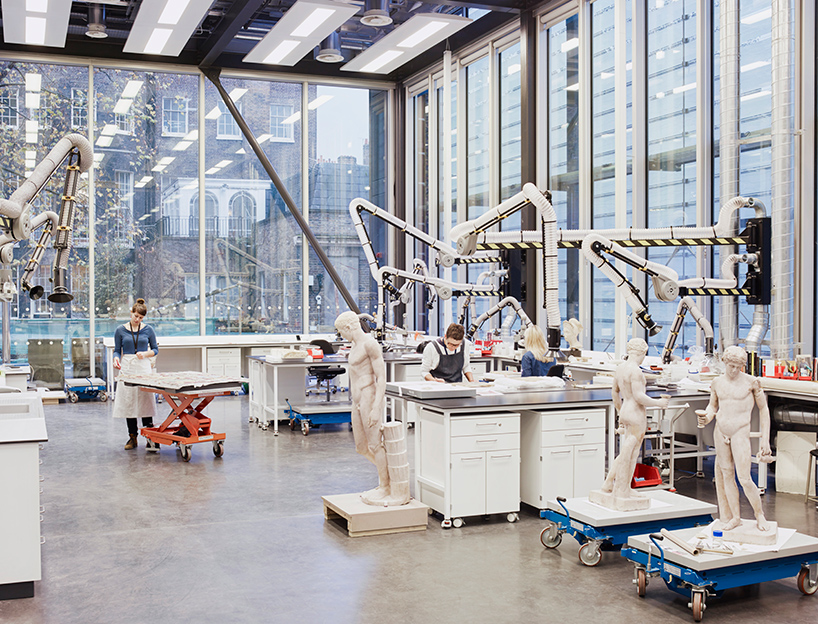