as part of the australian pavilion at the 2102 venice architecture biennale, sydney-based artist richard goodwin has conceived an installation which integrates the urban fabric of venice, only accessible to visitors via a taxi boat ride during the opening days of the international architecture exhibition. designboom joined the on-water excursion hosted by goodwin, which stopped at uninhabited buildings of the city to identify their availability for illegal squatting by marking the vacant structures with black dots placed upon their exterior. the act is encouraged due to its positive contributions to renew dying areas of cities, since merely occupying is a proven historical pre-cursor to revival. the goal of the initiative is to instill within architects the benefit to communities by acting independently of clients and inventing projects. simple actions can interrogate and commence a process of questioning.

a final statement to the experience is made by docking at a new wharf opposite the pavilion and taking a zip-line across the canal to the rooftop of the australian pavilion. permission was granted to construct a 9 meter tower for the starting point and a hole was installed in place of a previous skylight for an entry at the end of the elevated journey. 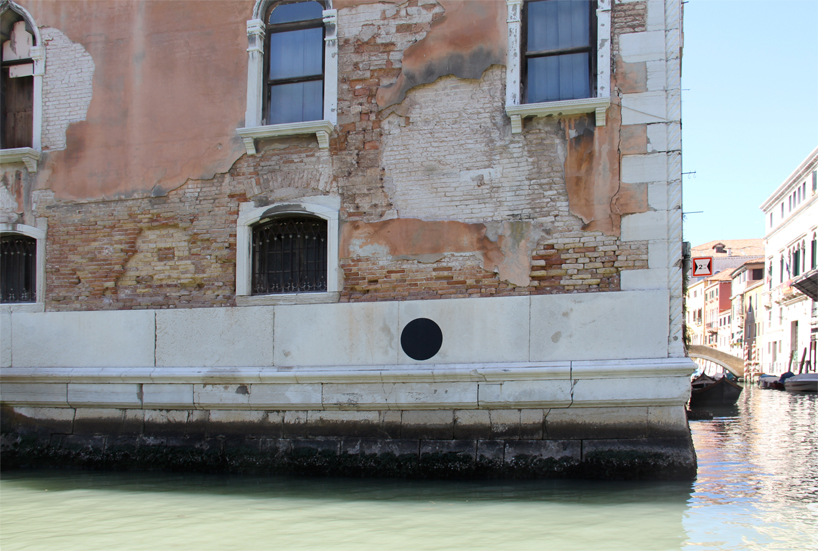 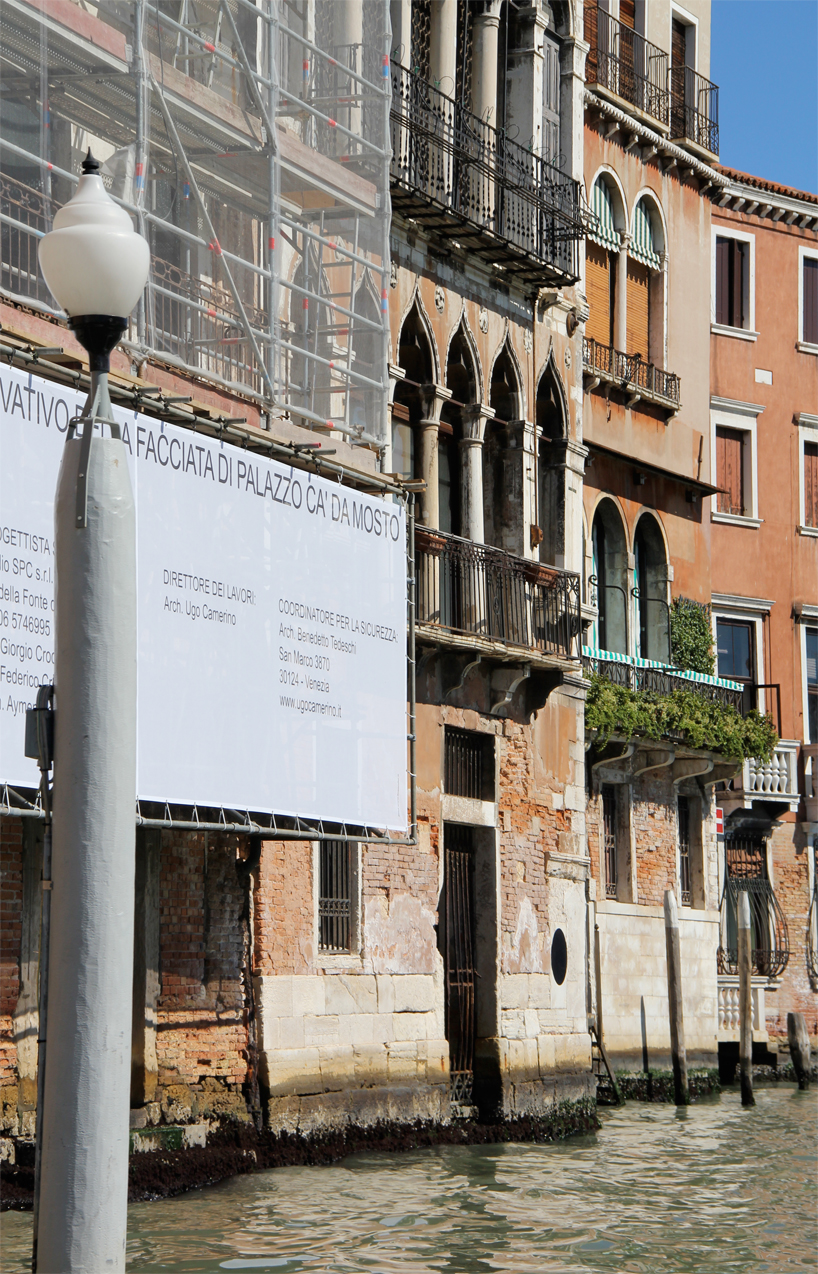 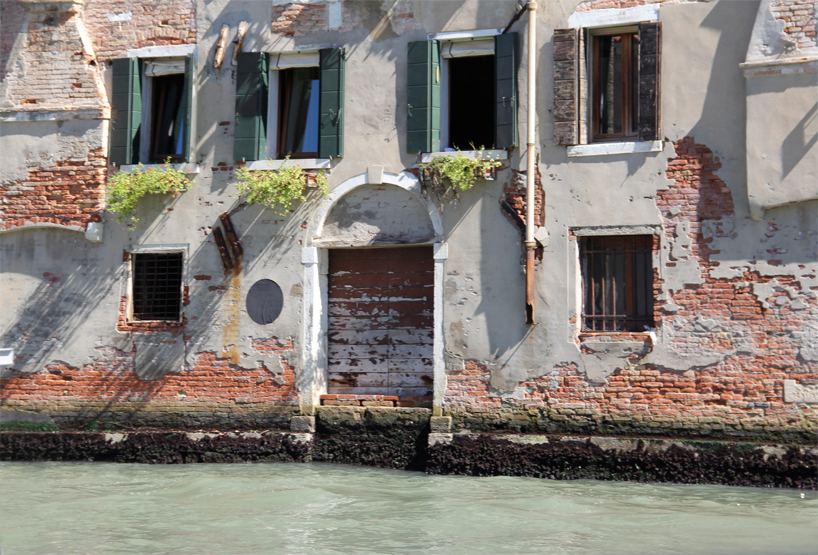 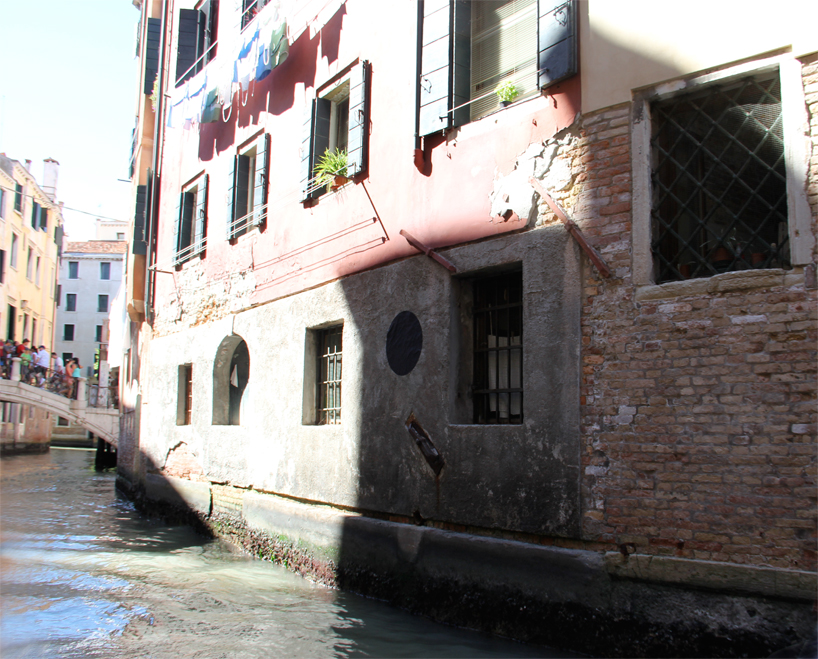 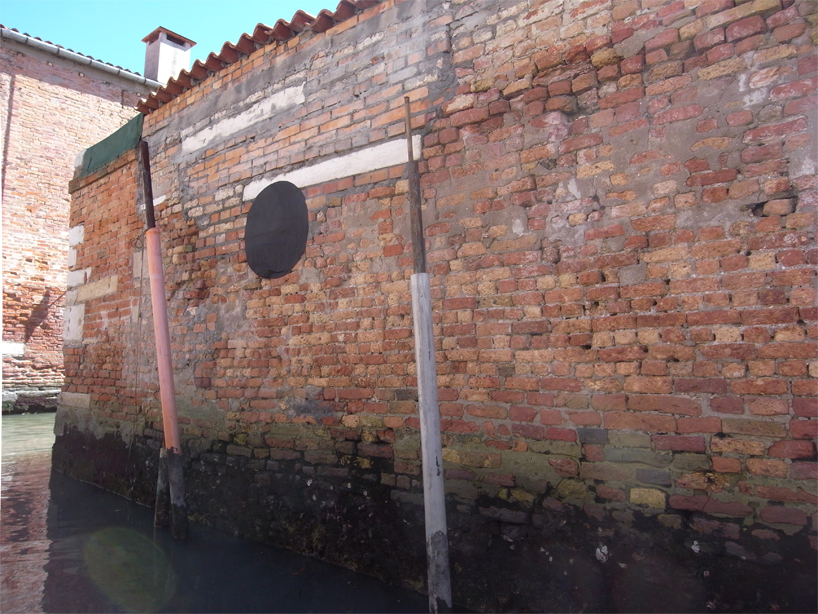 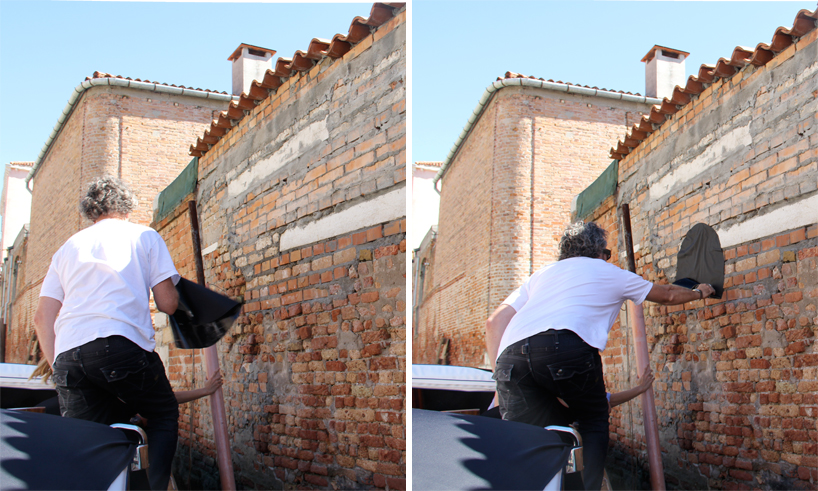 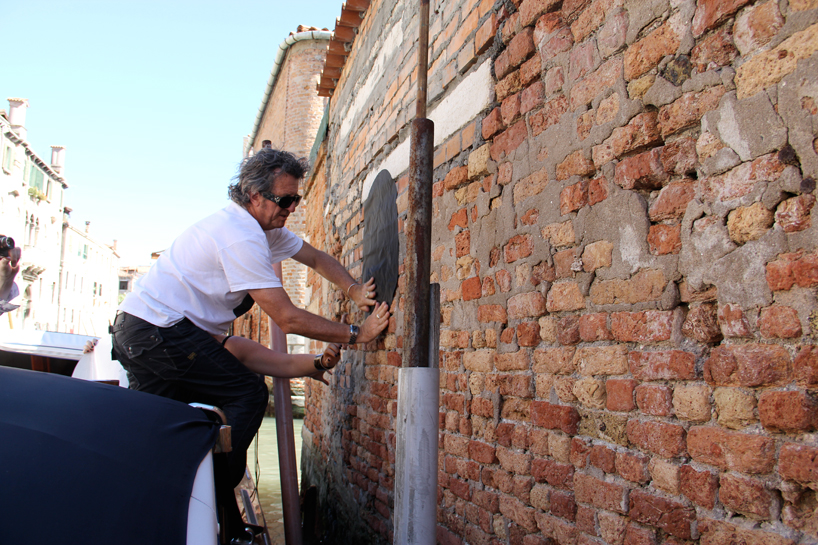 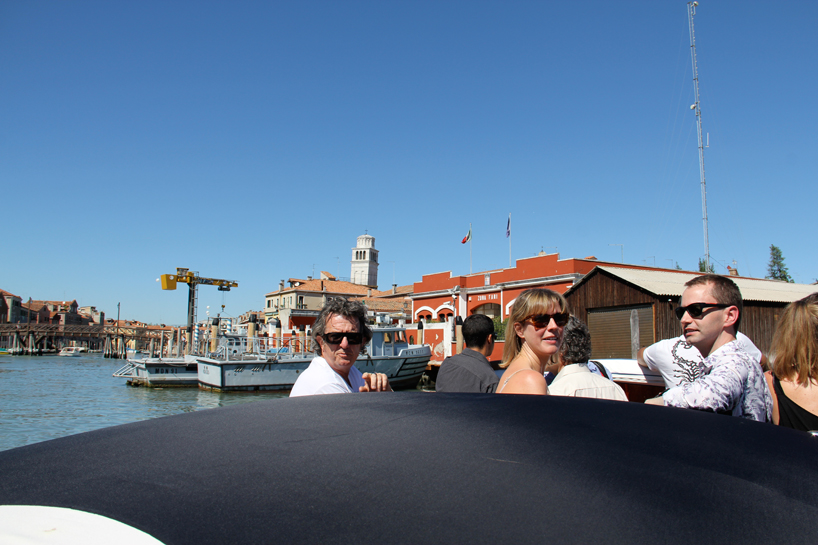 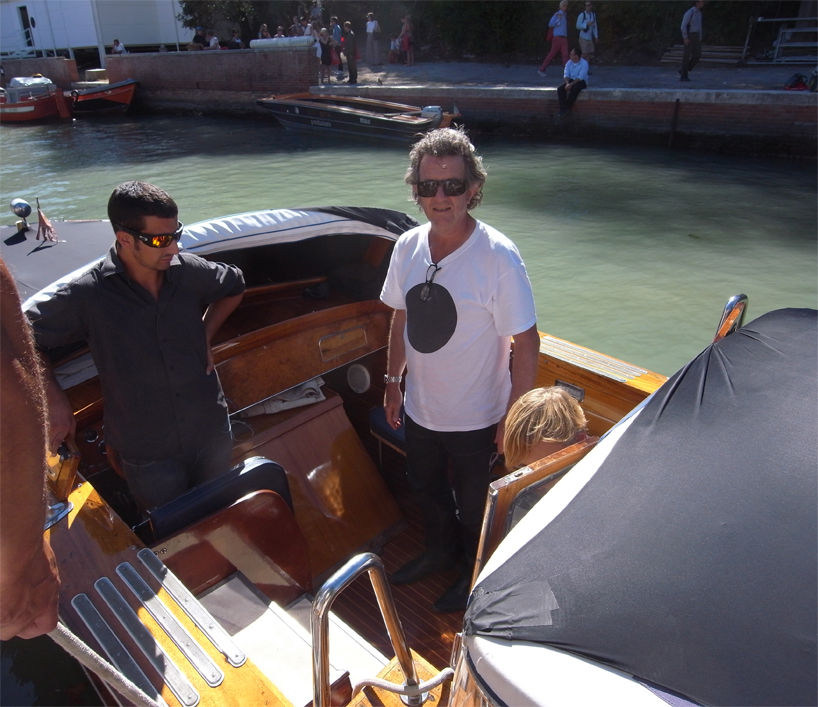 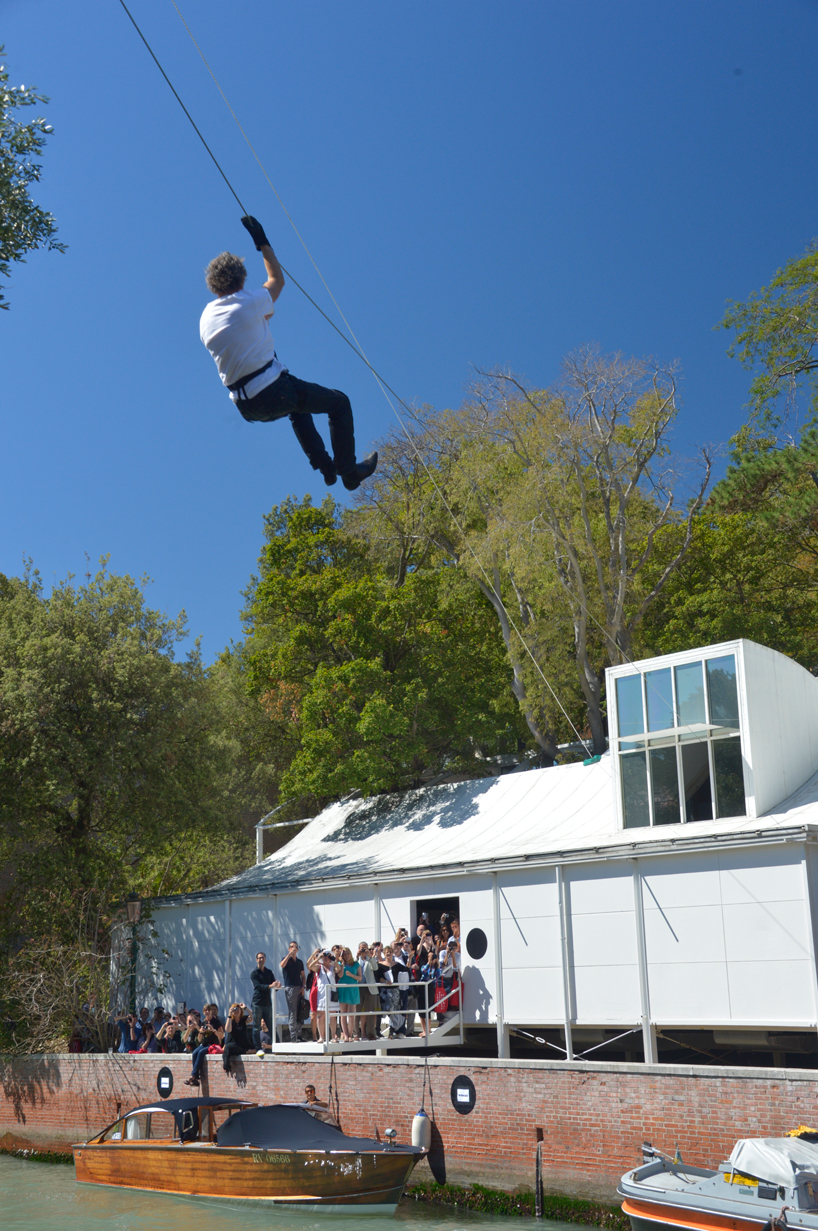 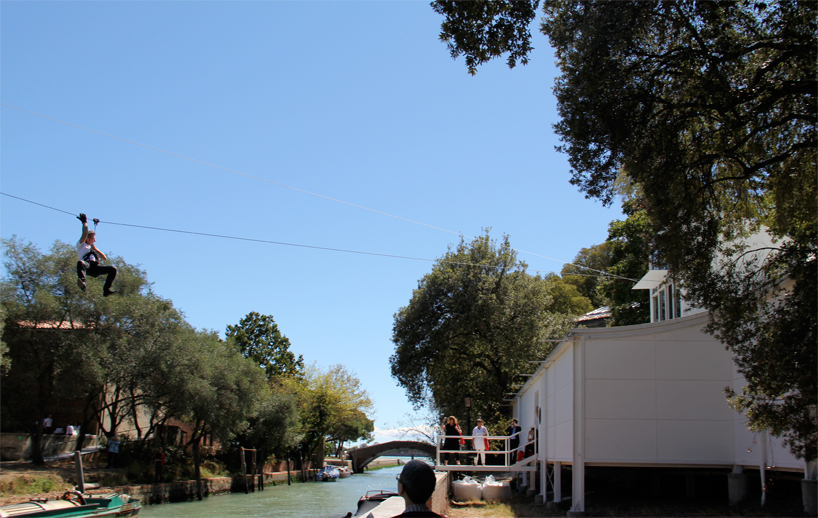 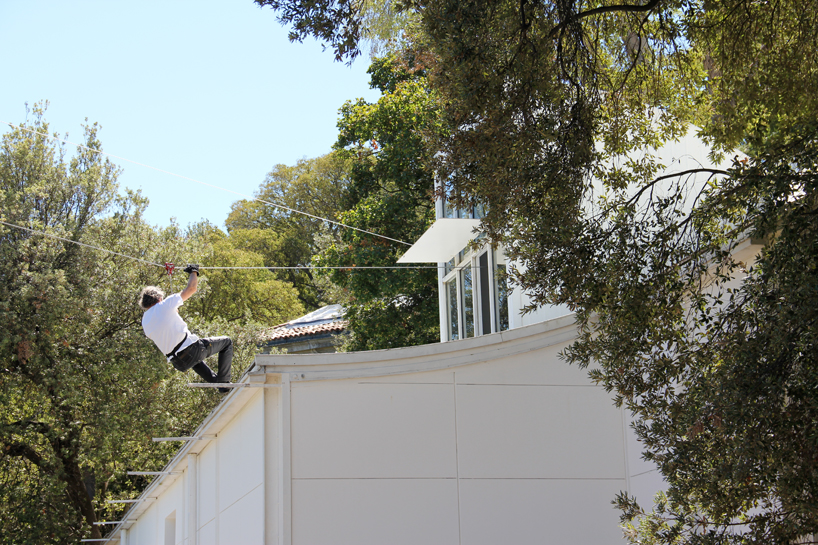 arriving at the journey’s end point, a skylight is transformed into a new entry into the pavilion image © designboom