richard meier & partners has announced details of a mixed-use development in the center of mexico city. entitled ‘reforma towers’, the scheme is sensitive to the region’s history and responds directly to the city’s growing economy. the overall design of the project offers potential for the future expansion of the site.

situated along a prominent boulevard, the design comprises two independent structures connected through a shared base. the taller of the two towers is a 40-storey building which will accommodate high end offices, retail outlets and dining and recreational facilities. the separate 27-floor structure will house a hotel complimenting its larger neighbor. 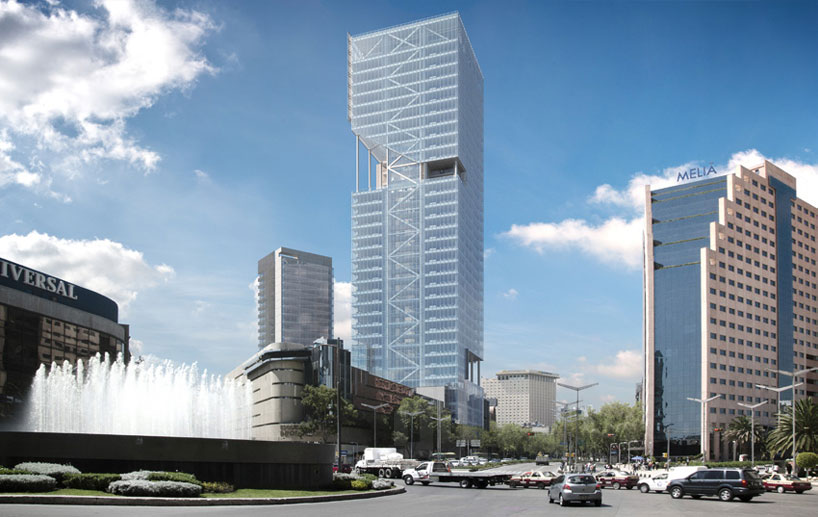 the development is situated along a prominent boulevard in the city

challenging the conventional typology of multi-storey buildings, a central void is carved through the volume establishing an elevated urban courtyard. natural light will filter through this void, with the program redistributed into unorthodox yet efficient configurations. the structure’s transparent façades emphasize views of across the city.

collaborating with associate architect diametro arquitectos and structural engineer WSP group, the project is scheduled to be completed by 2015. ‘the design of the ‘reforma towers’ is concerned with the making of space, not abstract space, not scaleless space, but space whose order and definition is related to light, to human scale and to the culture of architecture. every component has been carefully designed taking in consideration the public areas, the city and natural light’, explains richard meier. 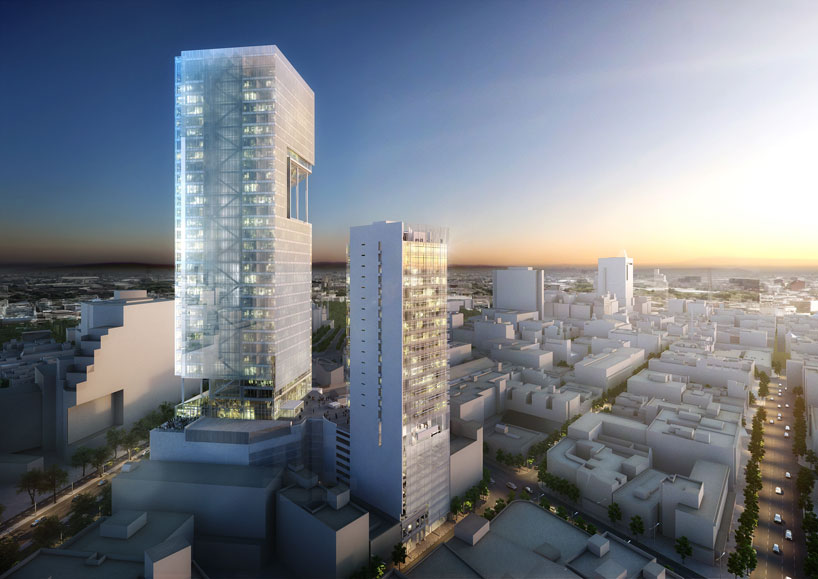 ‘at the center of development there is a central void, an urban courtyard, in the main tower which is a celebration of space, form and light. natural light will filter through the void between the office modules providing for particularly animated light conditions. we have designed the surface and the volumes of the towers to take advantage of natural light, changes of scale and views to the city,’ continued bernhard karpf, design partner-in-charge. 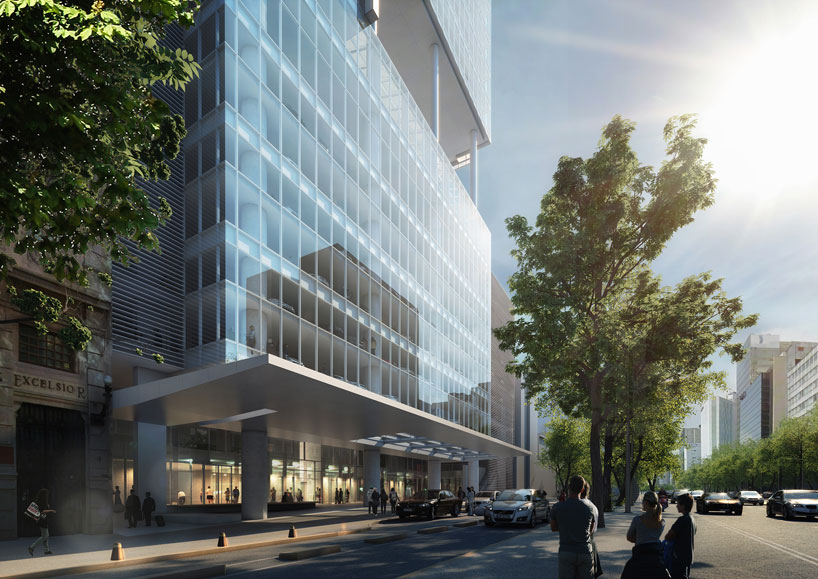 the entrance lobby at ground level 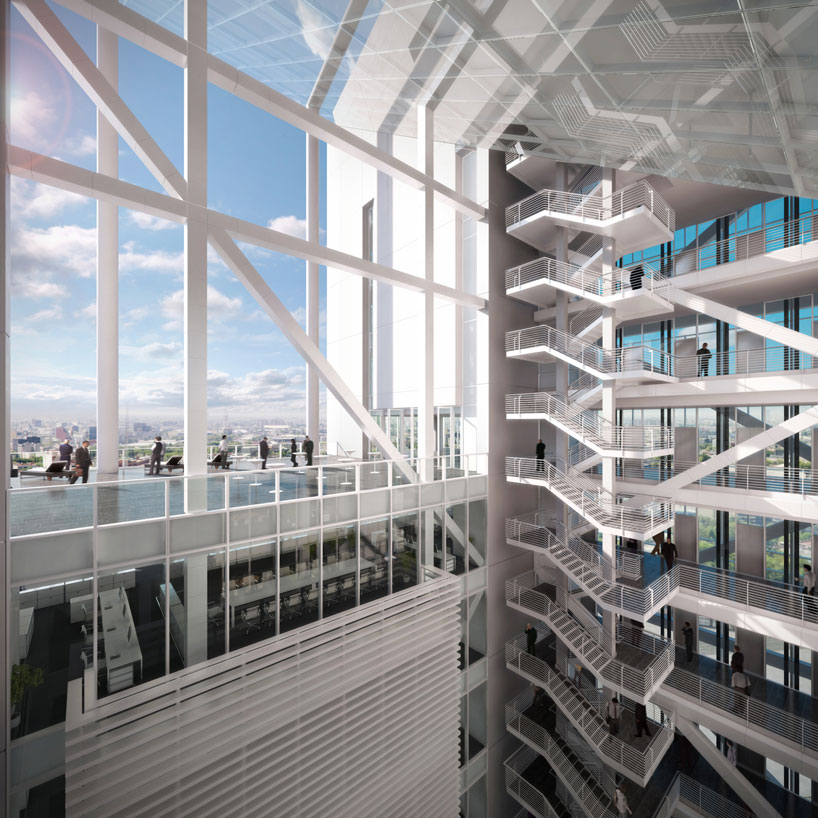 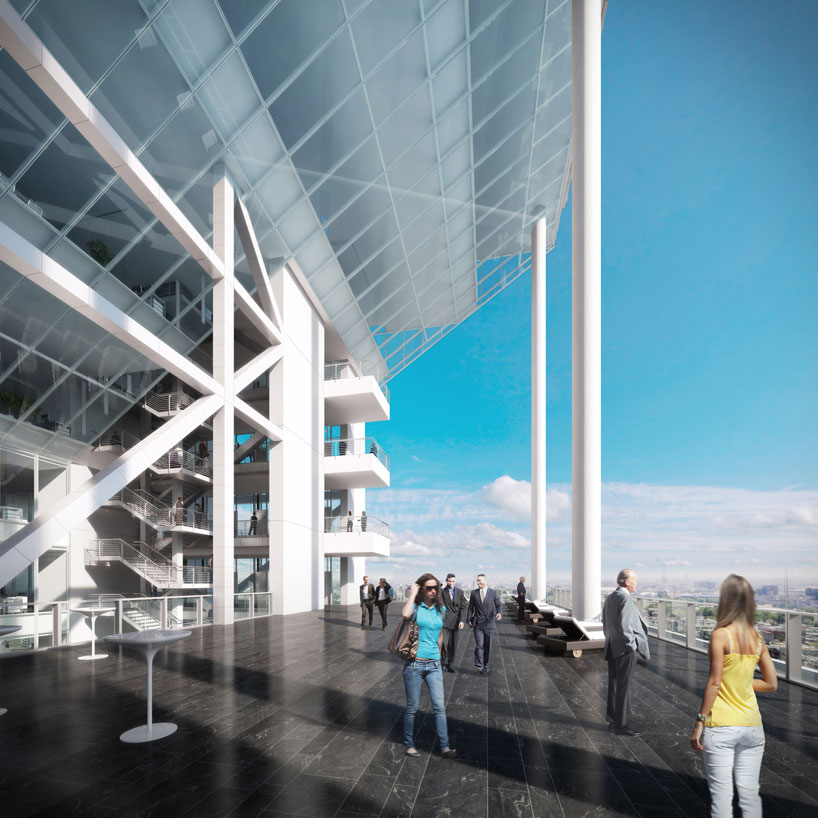 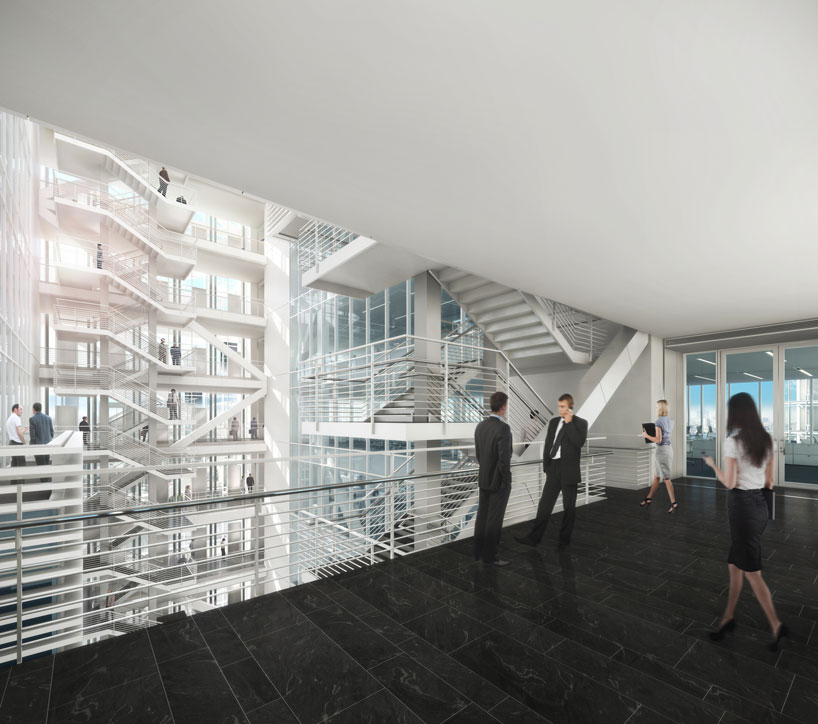 the office atrium and central void 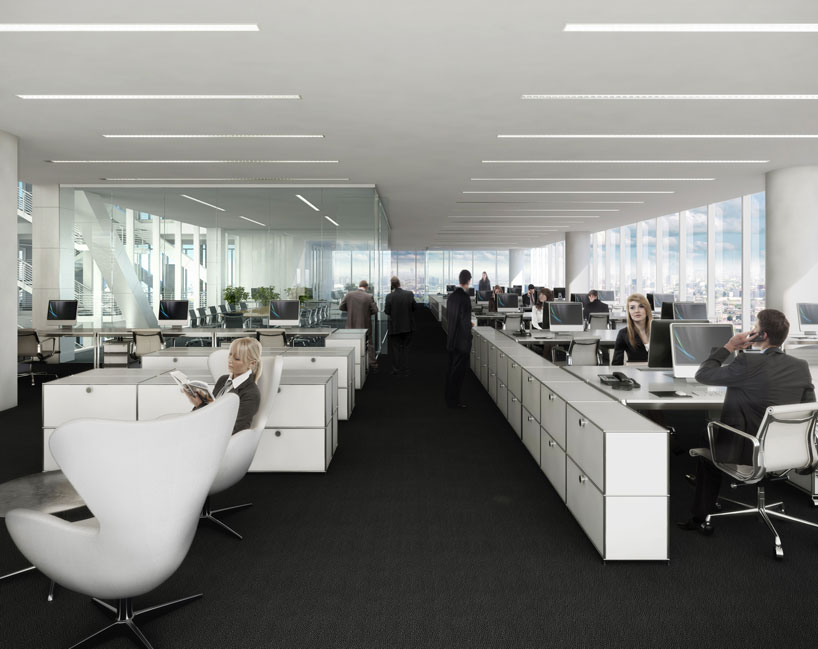 tower A typical atrium and tower B typical hotel

towers A and B east elevation

towers A and B west elevation

towers A and B section

Feb 12, 2021
ensamble studio builds its own prototyping facility and fabrication laboratory in madrid
the architects say that the building, and the activity that takes place within it, is meant to transform the way in which buildings are designed, engineered, and built.
architecture
330 shares
connections: +940