analogous to the topography, richard meier‘s  ‘hh resort and spa’ in gangneung — his first project in the south korea — grows out of the hillside with subtle curves and angles composing the lower levels and wellness center before becoming a geometric prism towering 15 stories over the east sea of korea. the winding ascent along gyeongpo lake is orchestrated with an array of supporting program such as an amphitheatre and exhibition hall, carved into the arboreal landscape. upon arrival, the main hotel rises before visitors, and a delicate bridge leads to the banquet hall, which frames the lower beach promenade. maintaining a dialogue with the land and seascape, terraces at each room open to the sea, mountains, or lake. in contrast to these natural forms, the buildings are composed of angular planes that morph in appearance as light and shadow play across the facade. tectonic layers of white and translucent materials allow interior spaces to be light and airy, while composing a prominent silhouette along the coastline. 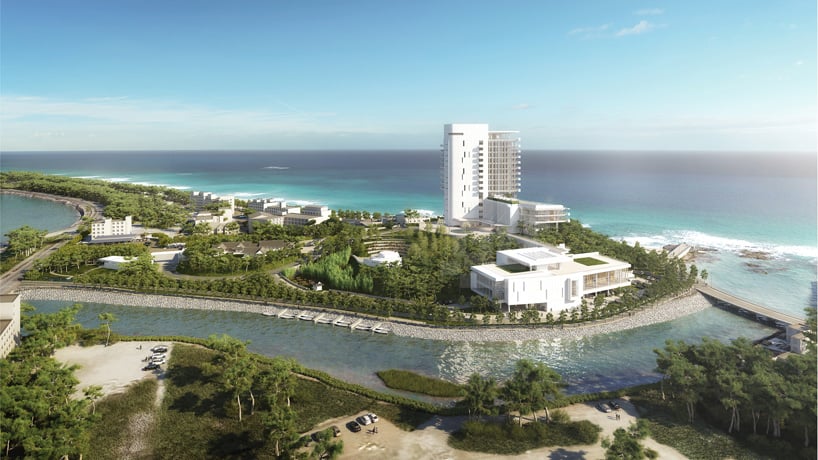 at the summit of an island plateau, the resort’s texture contrasts the subtle curves of the greeneryimage © vize 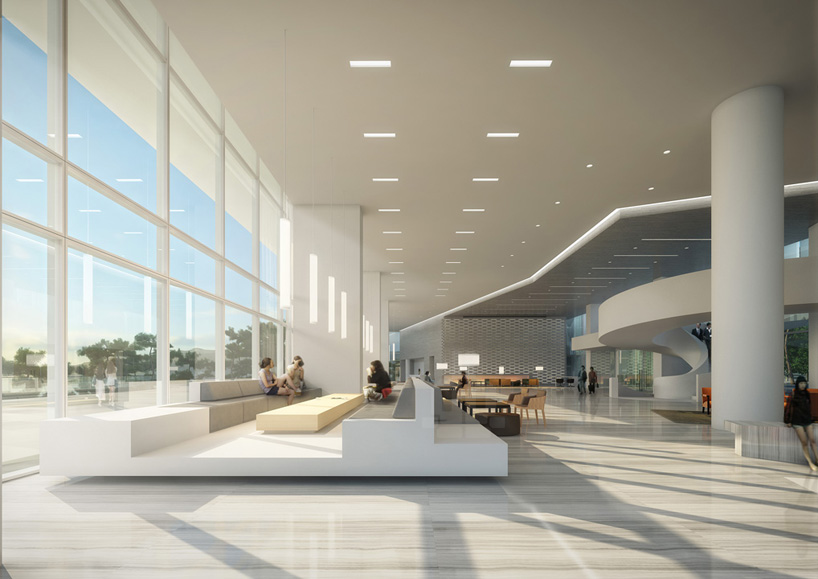 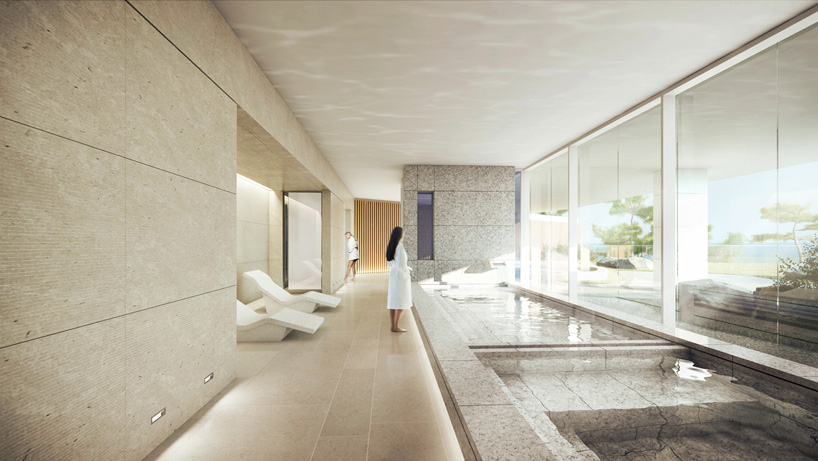 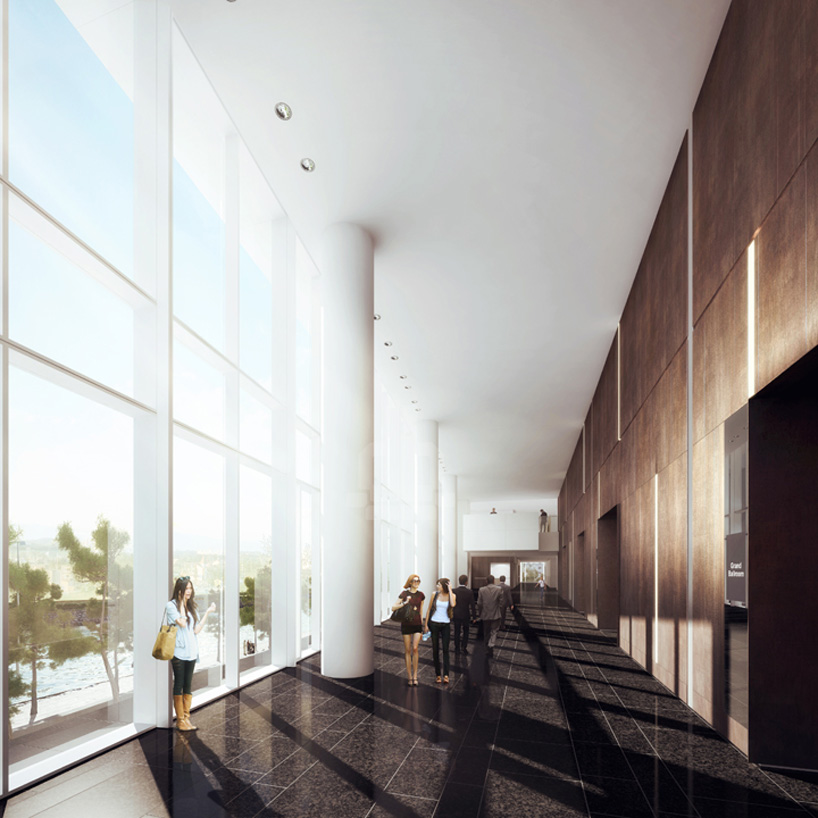 the design creates a dialogue with the local history and culture, such as black bamboo native to gangneungimage © vize 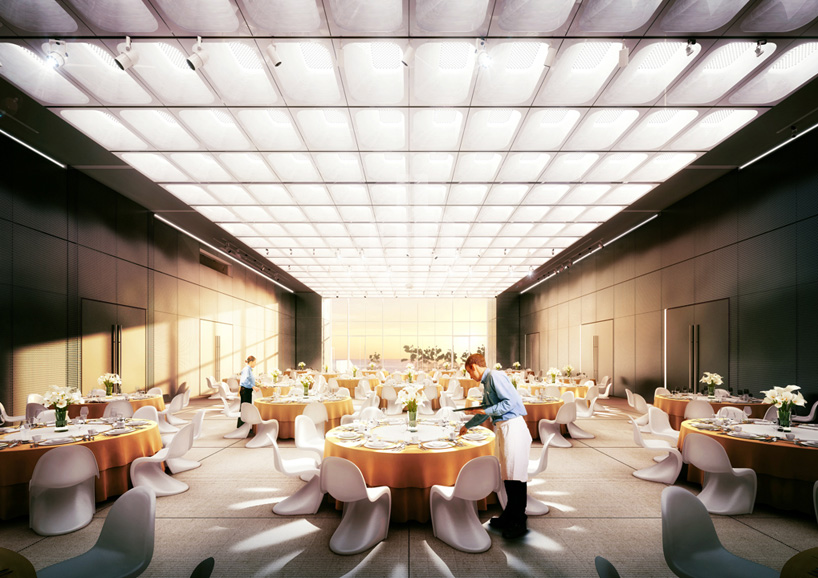 located in its own building, the banquet hall overlooks the south beach promenadeimage © vize 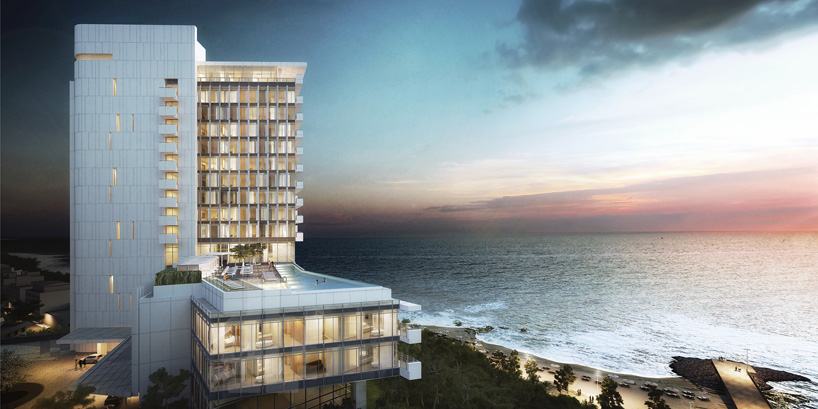 the articulated tectonics frame the east sea of koreaimage © vize 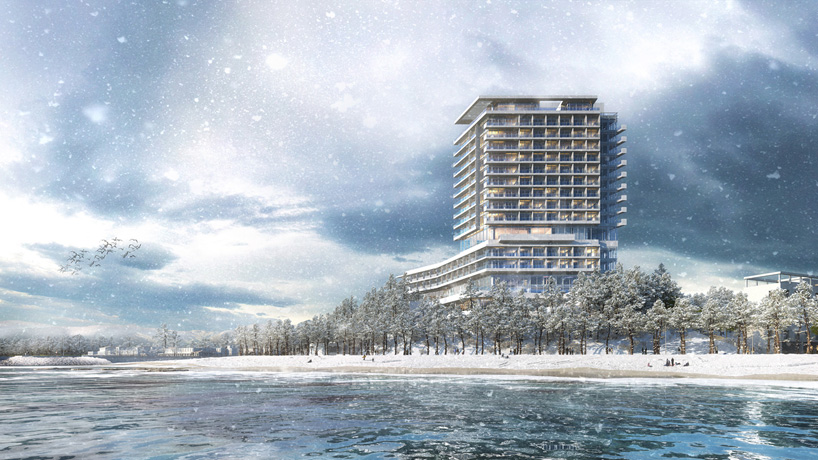