‘bunker 599’ by dutch firms atelier de lyon and RAAAF is a project which lays bare two secrets of the new dutch waterline (NDW), a military line of defense in use from 1815 until 1940 protecting the cities of muiden, utrecht, vreeswijk and gorinchem by means of intentional flooding. a seemingly indestructible bunker with monumental status is sliced open. the design thereby opens up the minuscule interior of one of ndw’s 700 bunkers, the insides of which are normally cut off from view completely. in addition, a long wooden boardwalk cuts through the extremely heavy construction. it leads visitors to a flooded area and to the footpaths of the adjacent natural reserve. the pier and the piles supporting it remind them that the water surrounding them is not caused by e.g. the removal of sand but rather is a shallow water plain characteristic of the inundations in times of war.

the sliced up bunker forms a publicly accessible attraction for visitors of the NDW. it is moreover visible from the a2 highway and can thus also be seen by tens of thousand of passers-by each day. the project is part of the overall strategy of RAAAF / atelier de lyon to make this unique part of dutch history accessible and tangible for a wide variety of visitors. 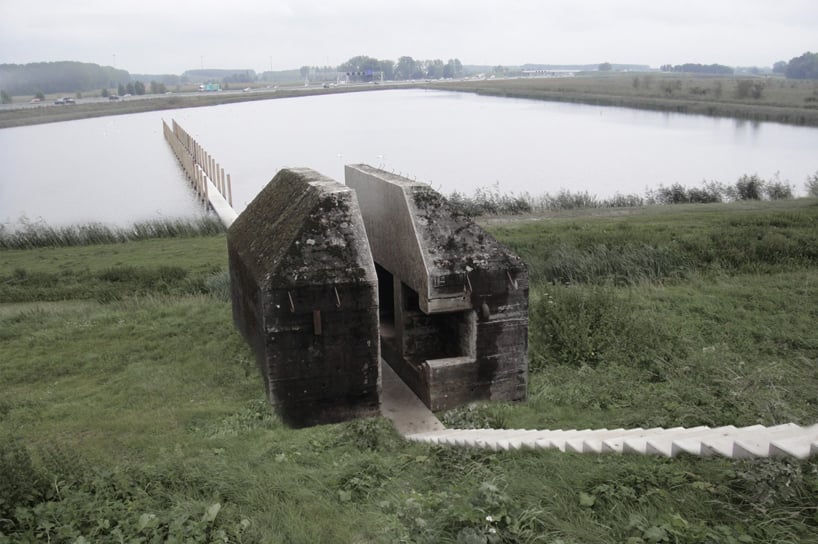 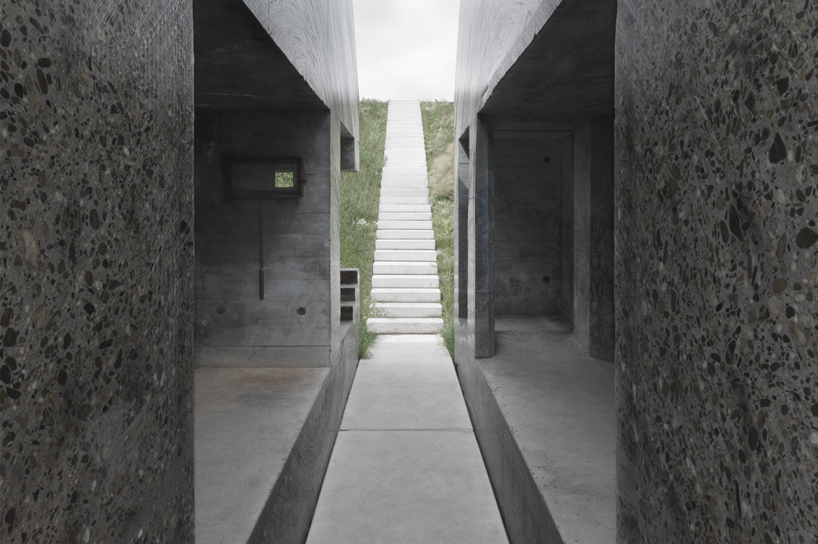 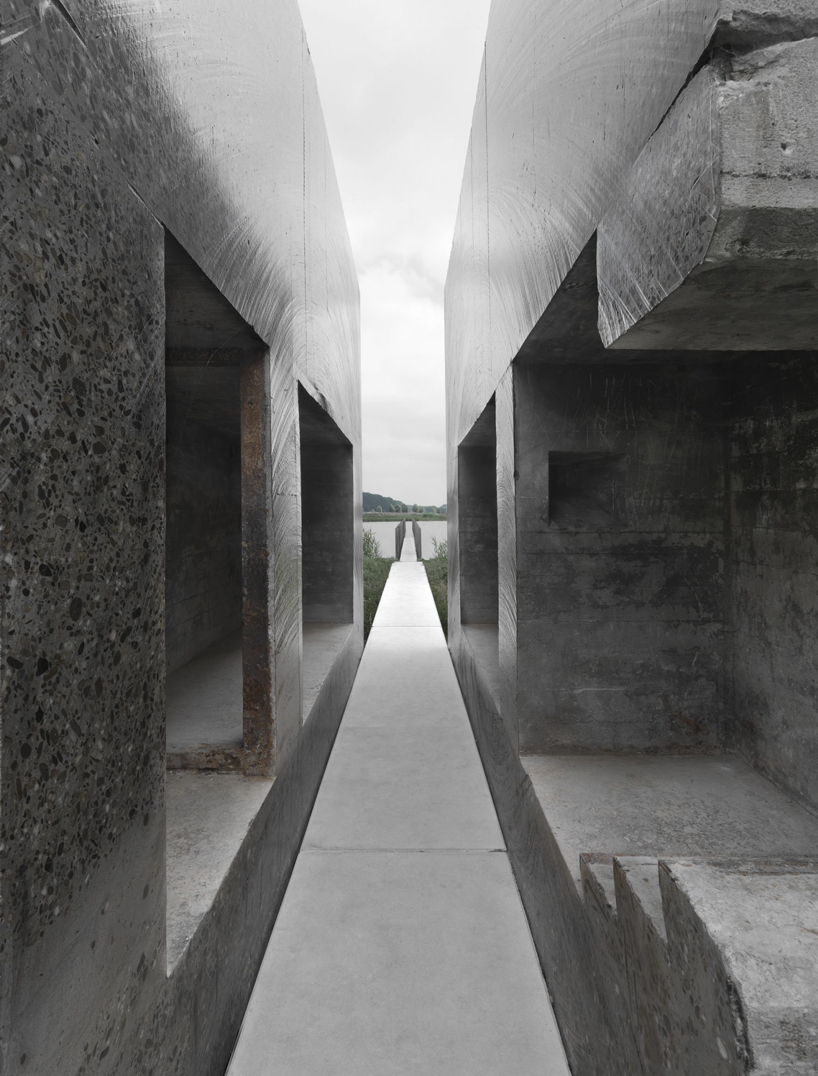 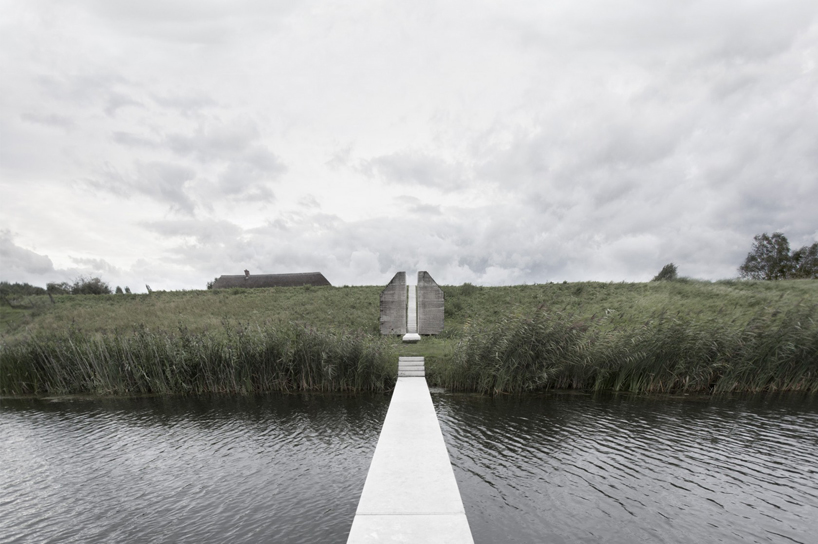 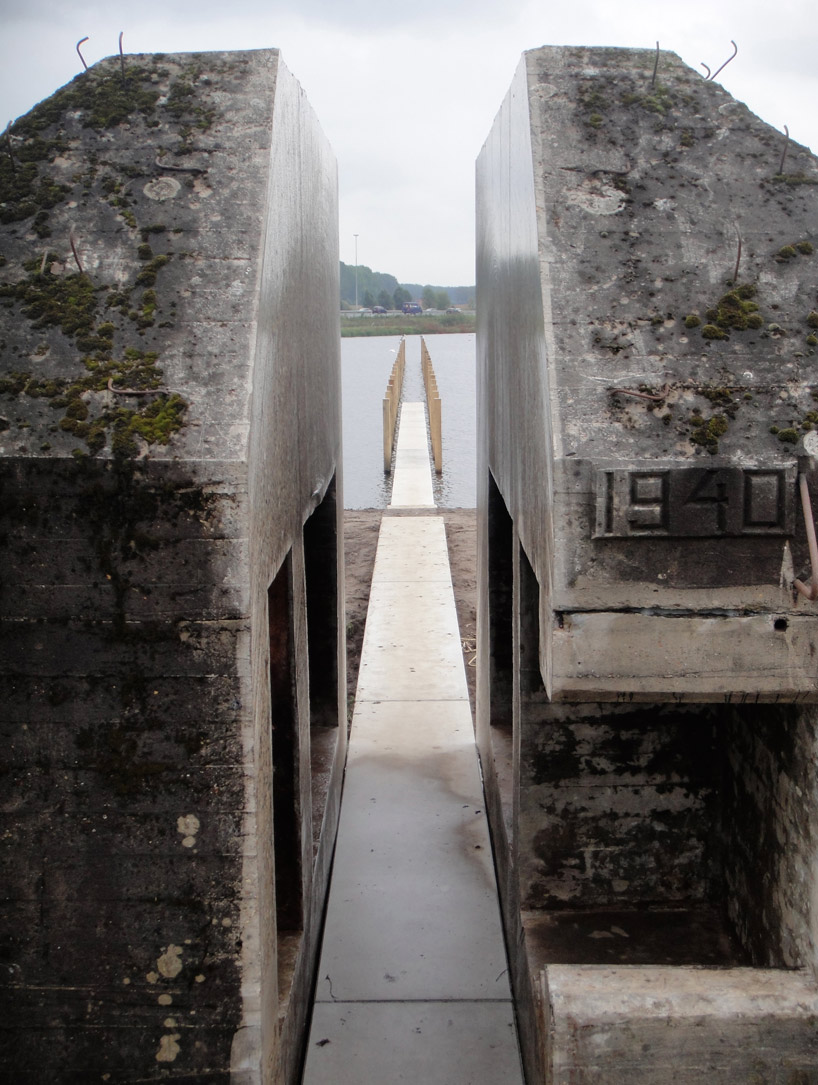 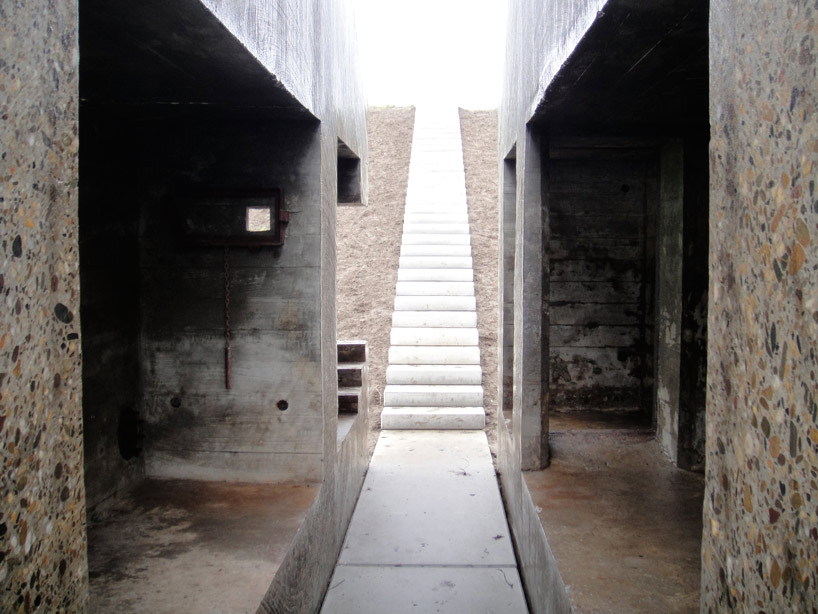 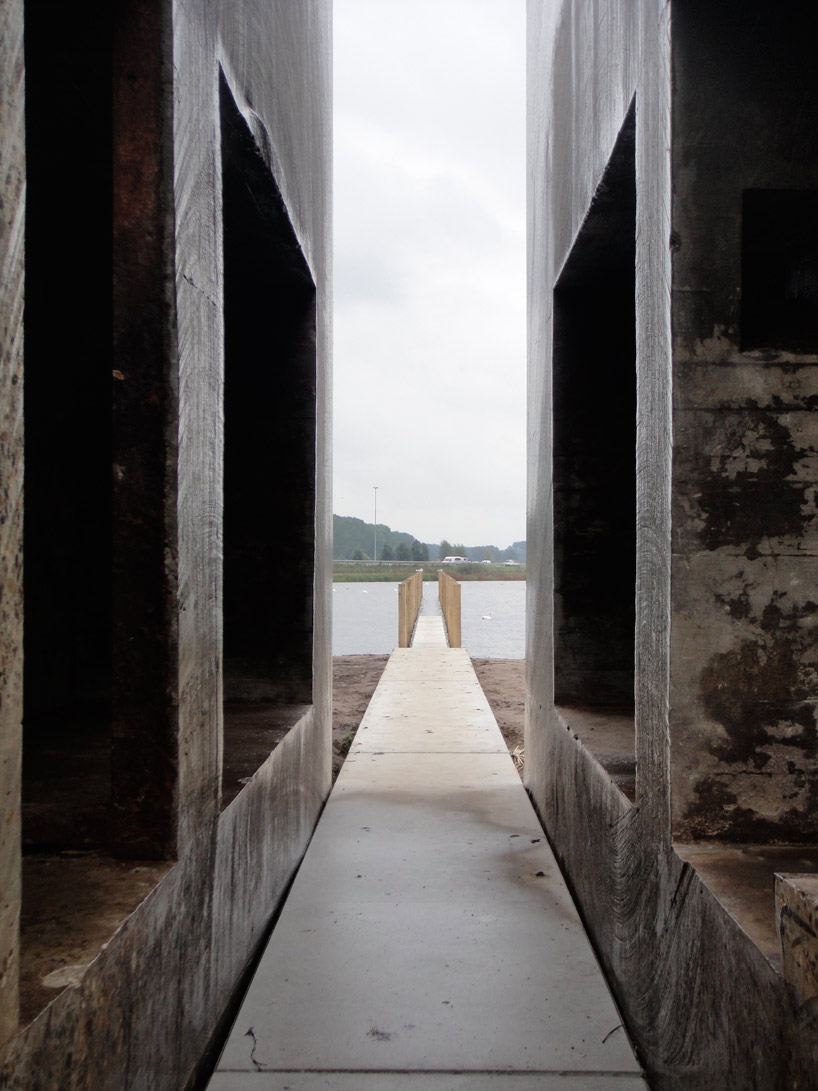 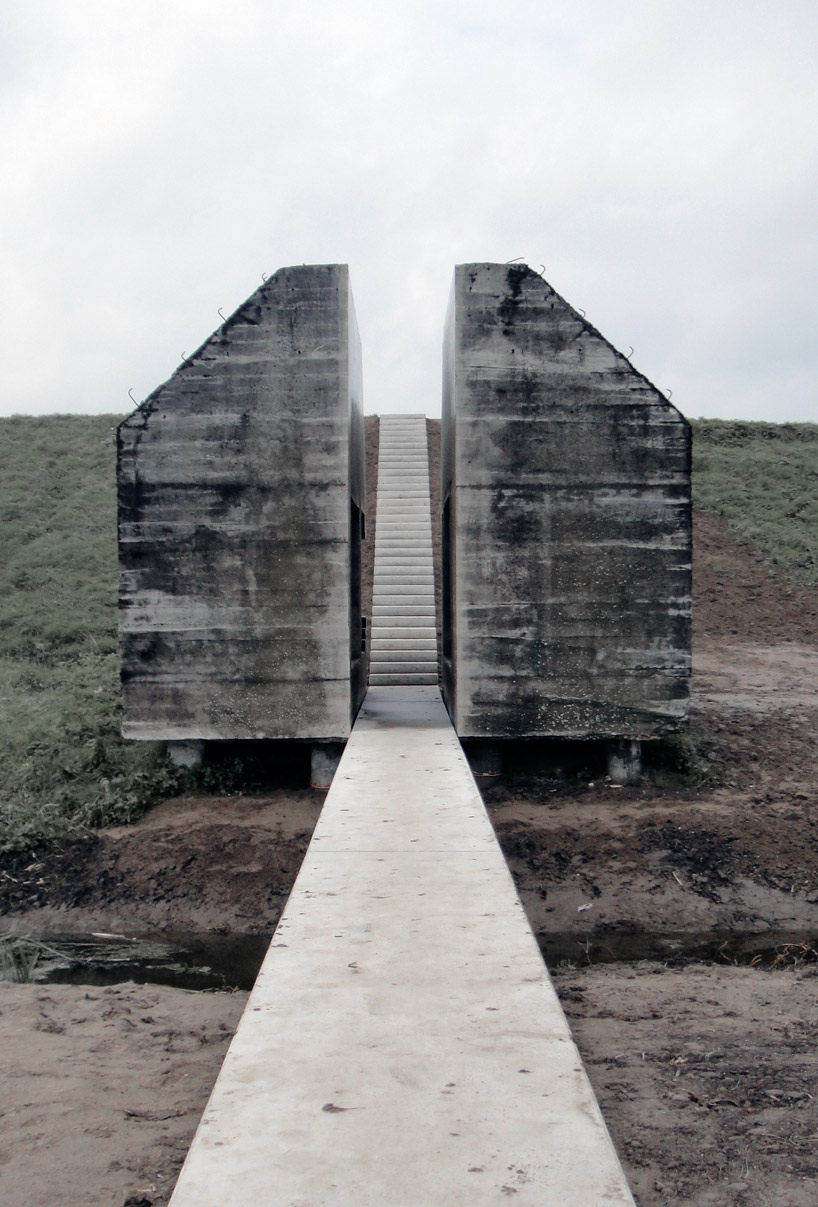 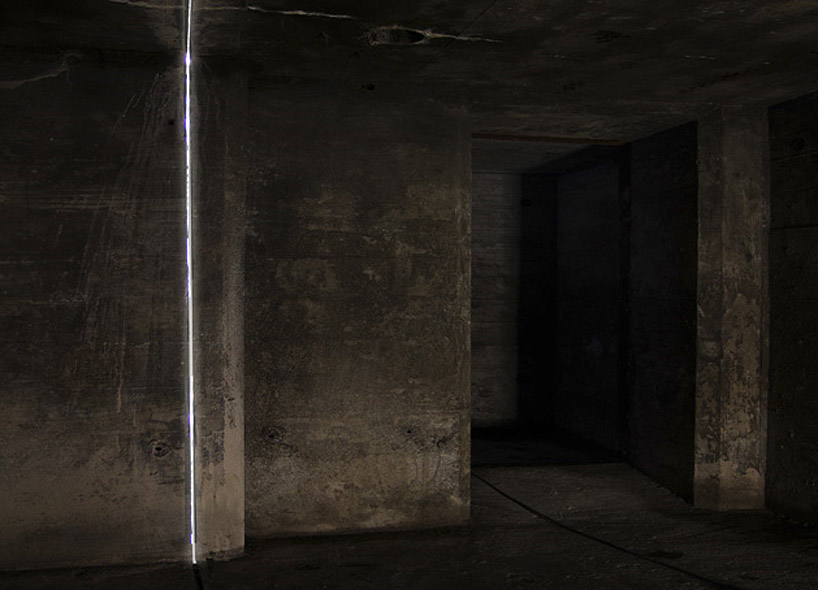 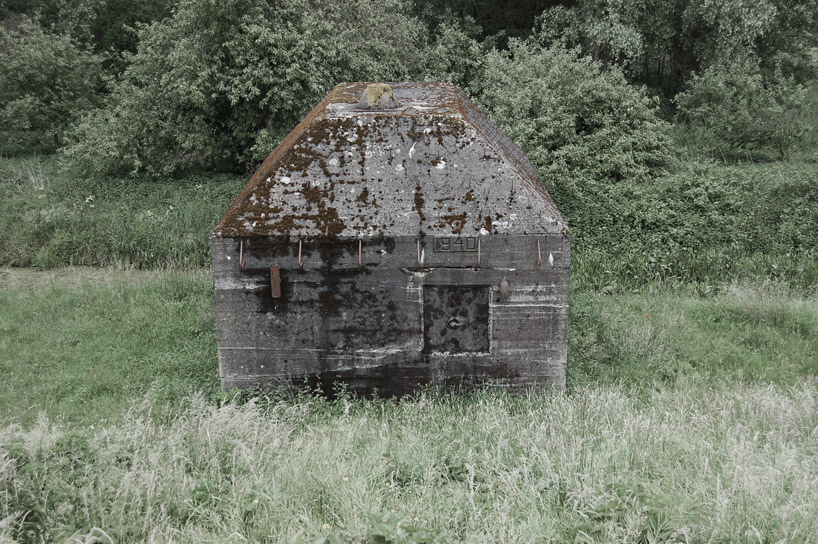 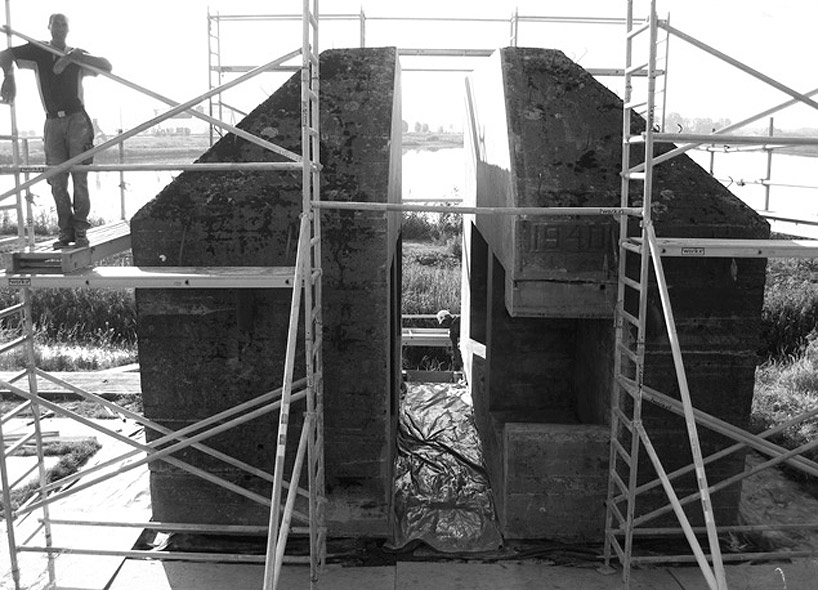