historically a national monument dating back to 1794, the ‘fort werk aan’t spoel’ served to protect one of the inundation locks along the new dutch military waterline. dutch firm RAAAF in collaboration with atelier de lyon transformed this outdoor space into a public monument and park for the community of culemborg in the netherlands. the giant grass sculpture steps its way into the landscape with an interjection of contemporary concrete elements that mirror the original bomb shelters and bunkers.  the attraction is meant to be used freely by the citizens, with a built-in amphitheater and a soon-to-be-built fort house will accommodate more social possibilities. 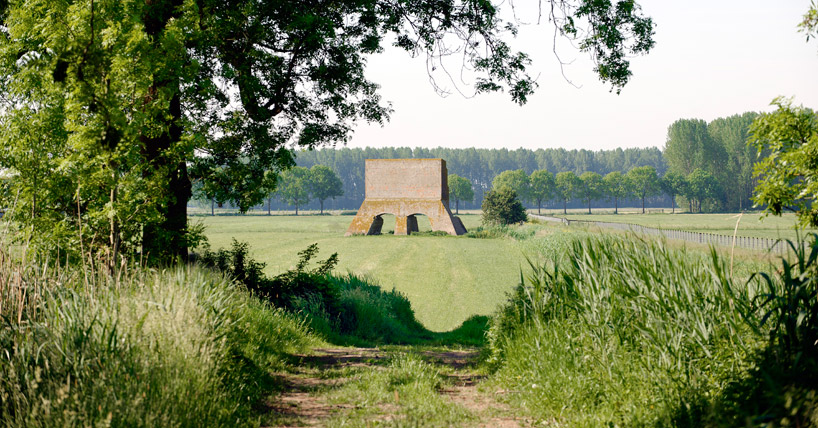 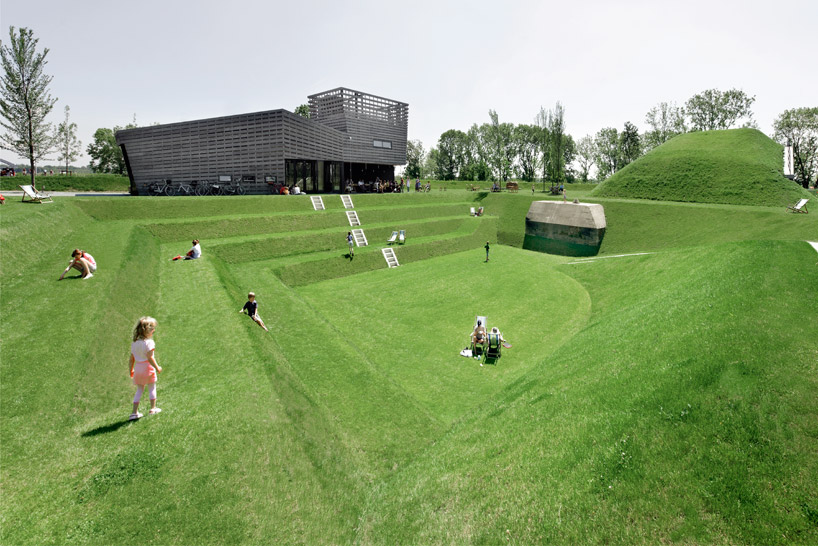 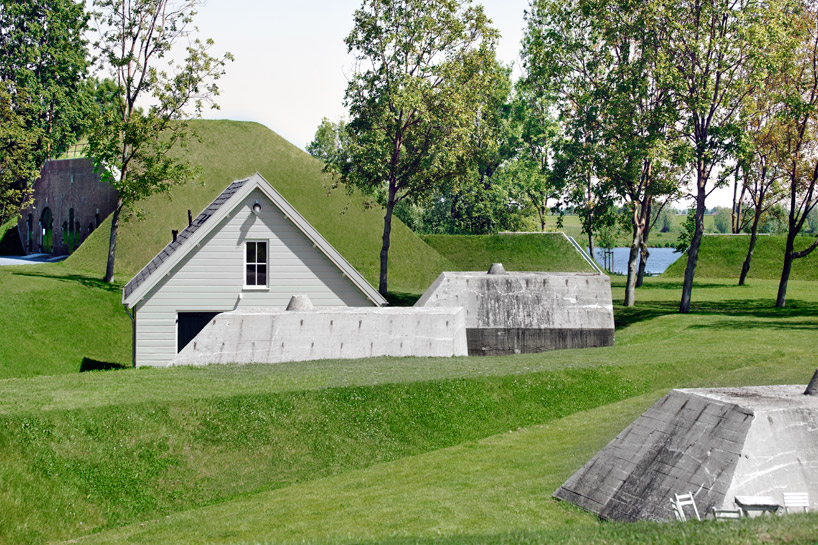 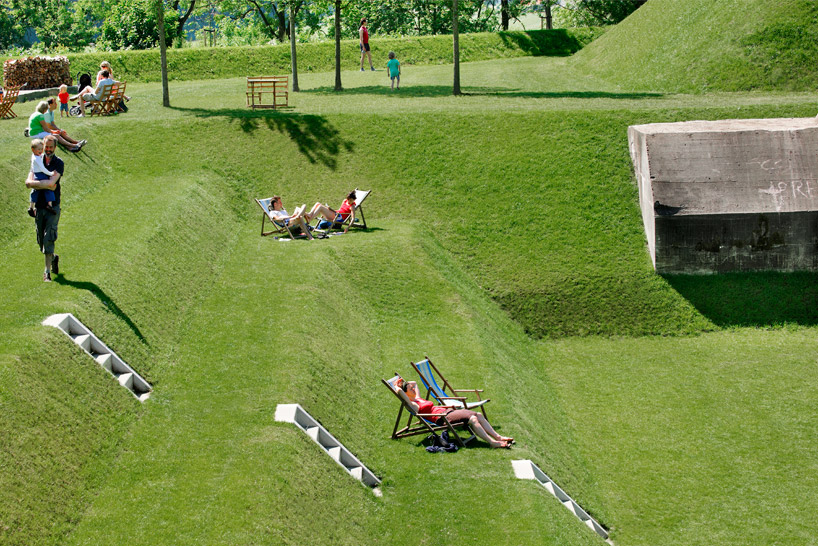 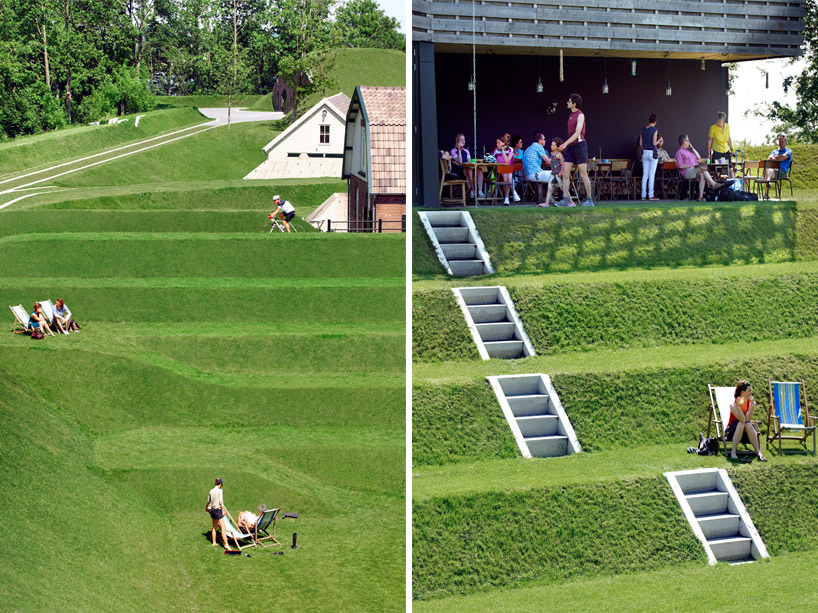 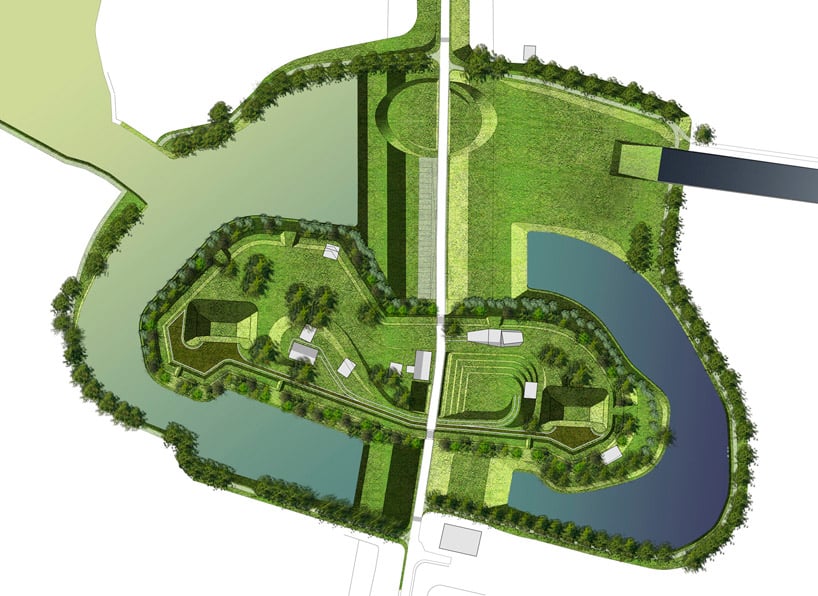 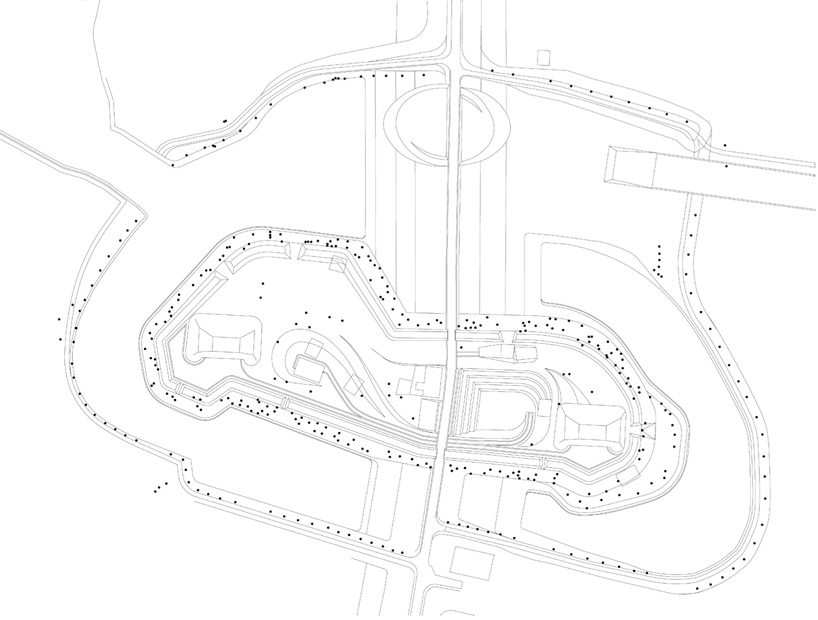 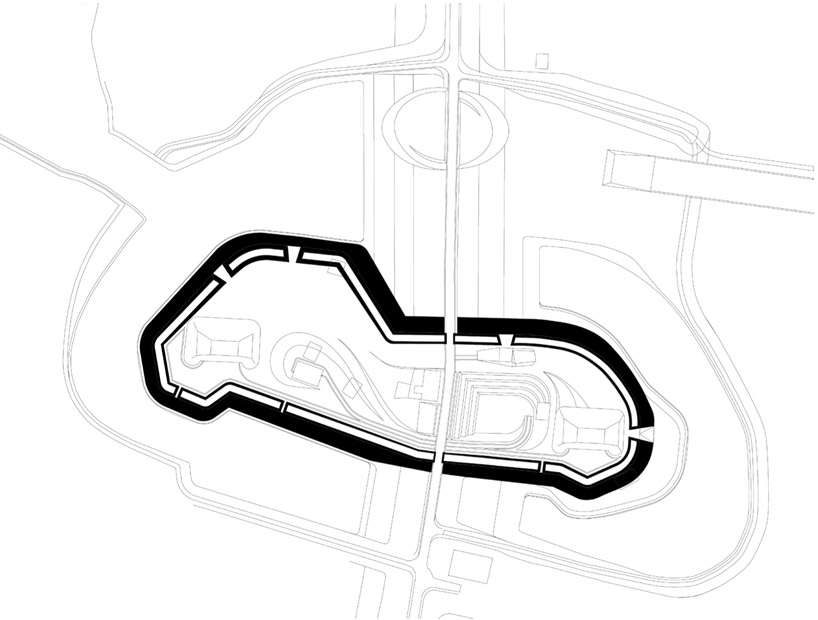 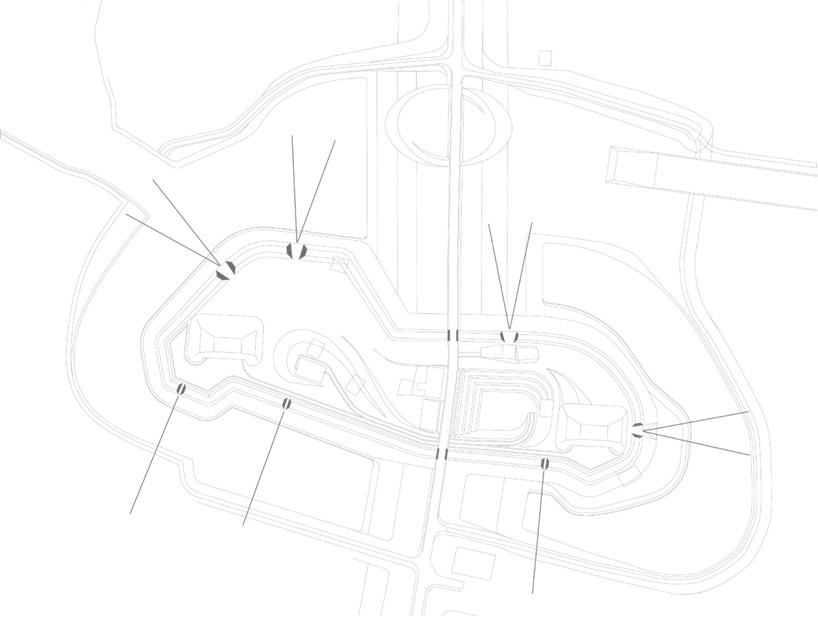