new york city’s lucas werthein and marcelo pontes were commissioned by rise nation in west hollywood to produce a permanent installation. the client, a climbing conditioning studio founded by celebrity trainer jason walsh, wanted something to aid with his high-impact fitness regiments. the duo collaborated with SOFTlab to create an immersive spatial environment that parallels the gym’s workouts visually. 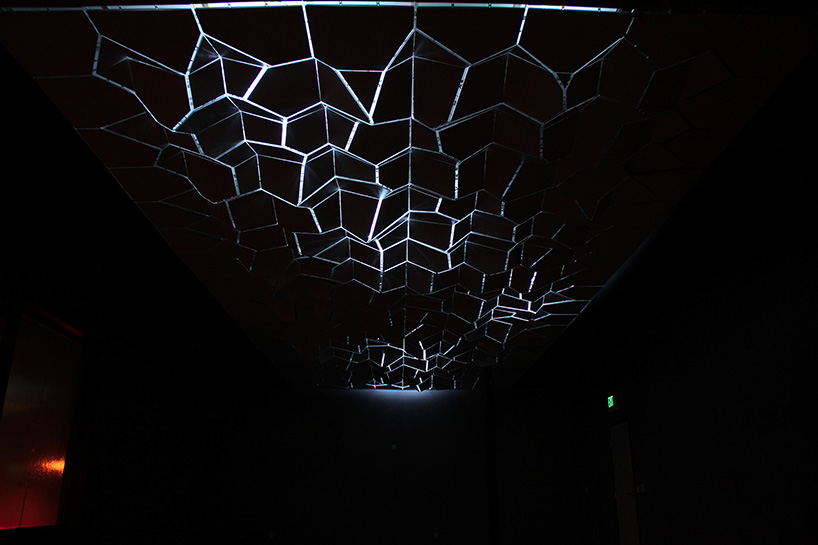 the result is a sculptural ceiling panel that functions on two levels. when the lights are on, the irregular surface invokes the feeling of being under a rocky terrain. then, when the workout begins, the panel comes alive using LEDs to electrify the space. precise gaps allow the reflected light from the LEDs to pass through in irregular ways creating an animated surface programmed to accompany different soundtracks played during workouts.

by using an irregular surface with a low-res pixel grid, they were able to achieve intricate patterns that would have required a much more complex LED array. the panel is made of a custom aluminum frame containing 160 cells, that was then flat-packed and assembled on-site. 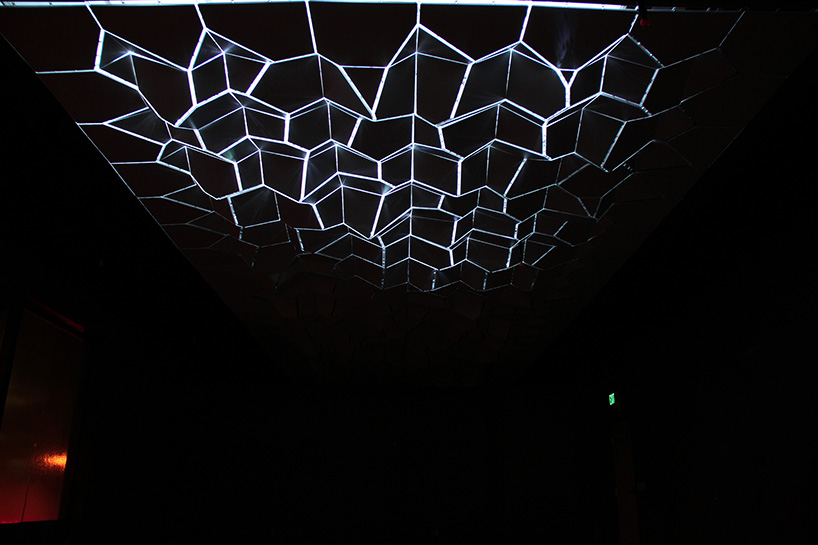 the installation has custom behaviors to accompany music during workouts 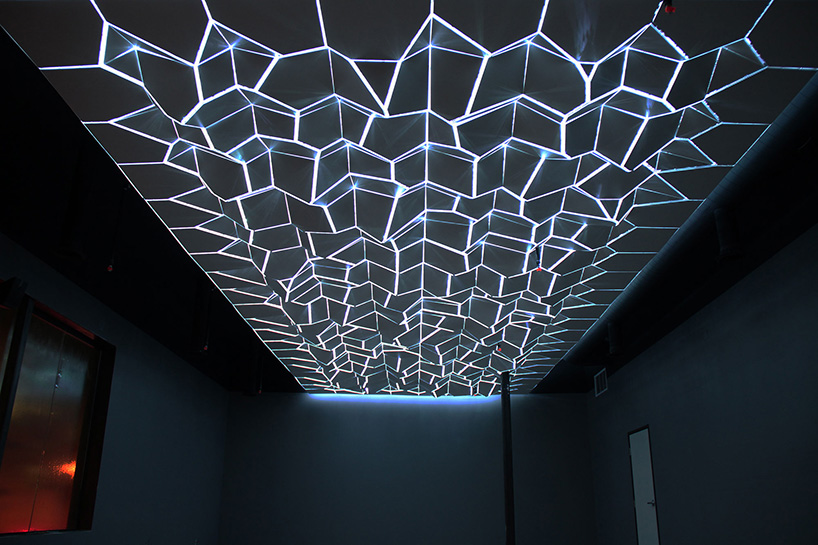 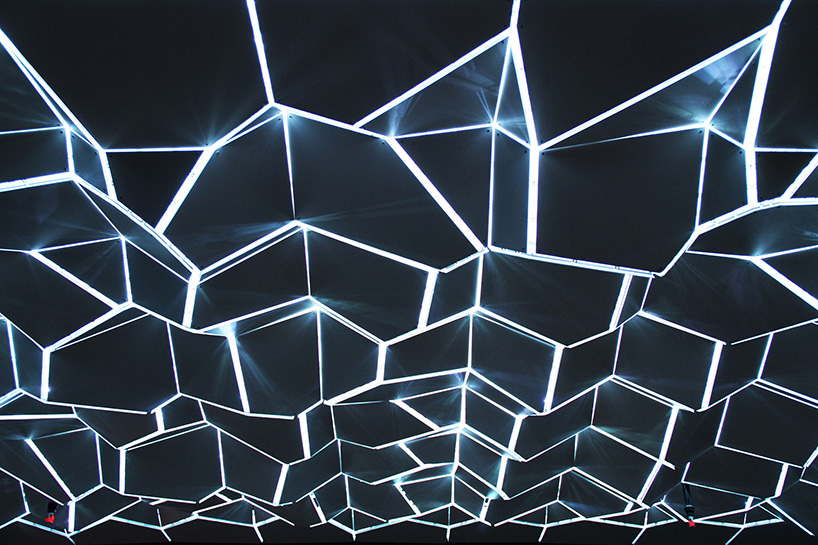 close up of panel seams 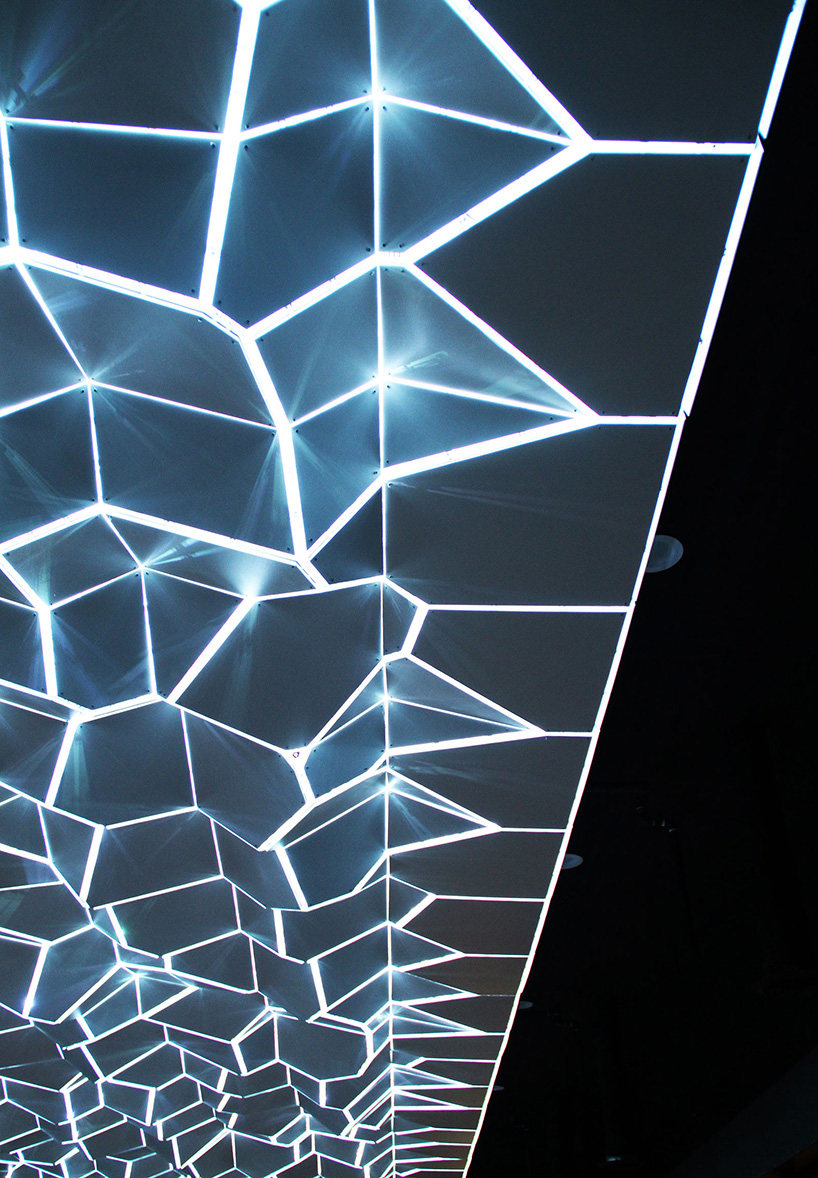 edge detail of the ceiling installation 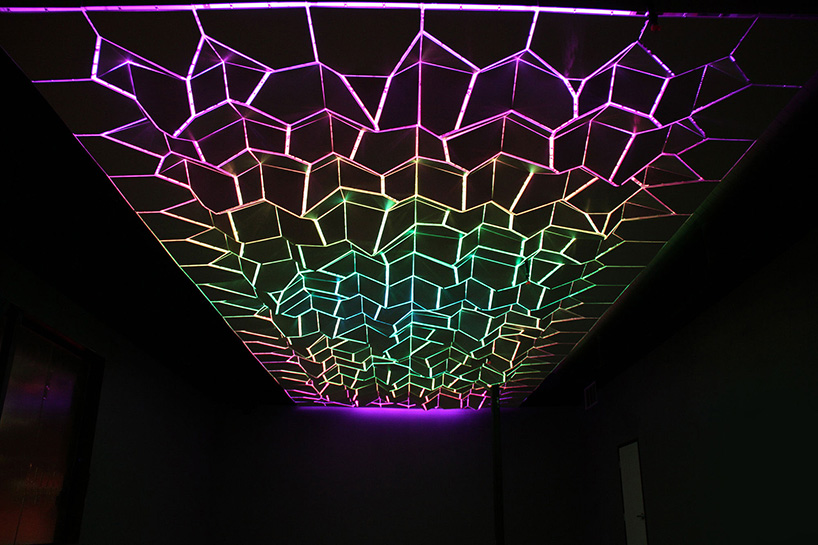 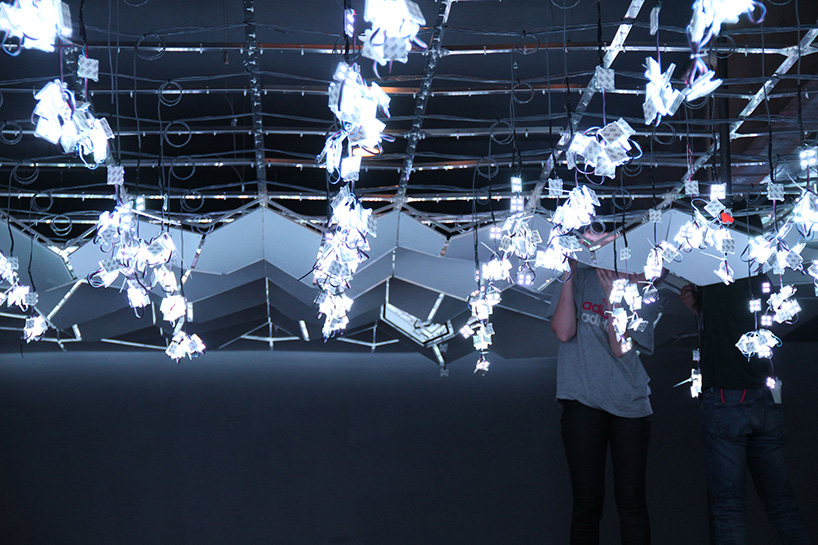 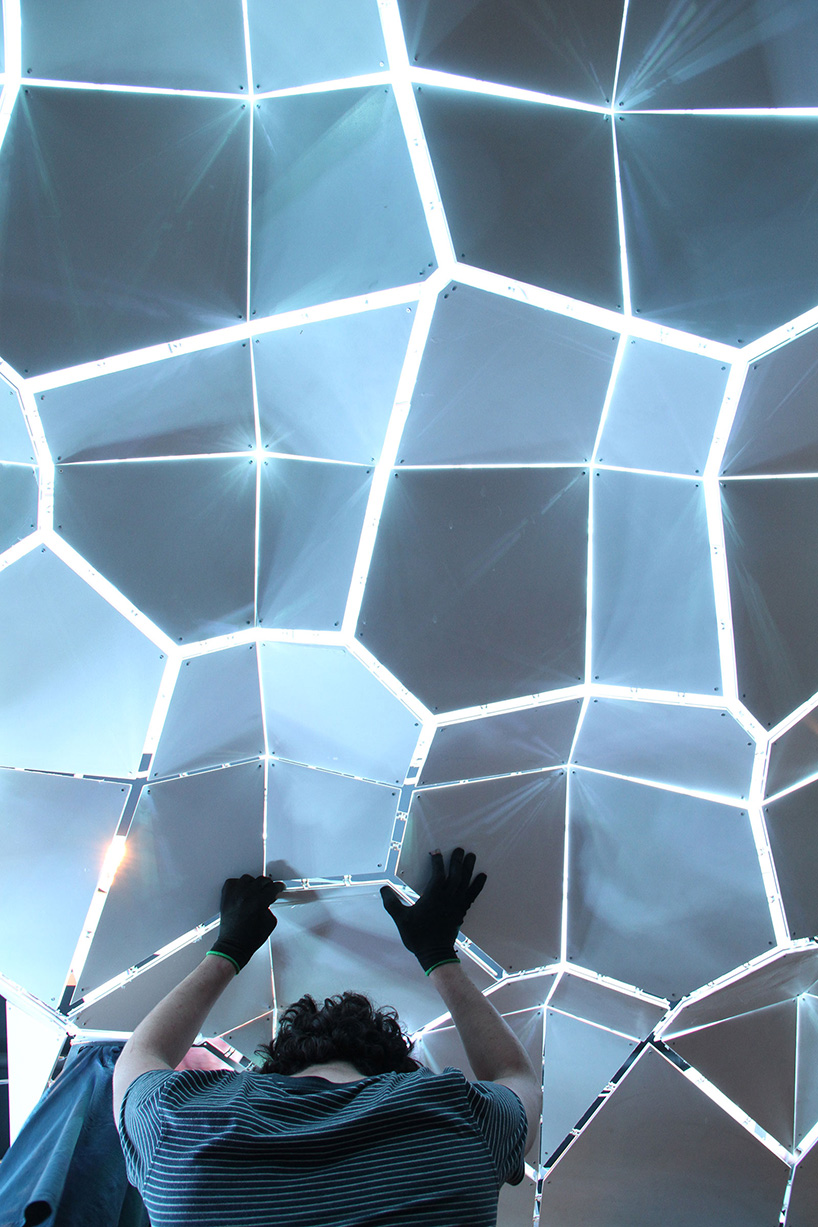 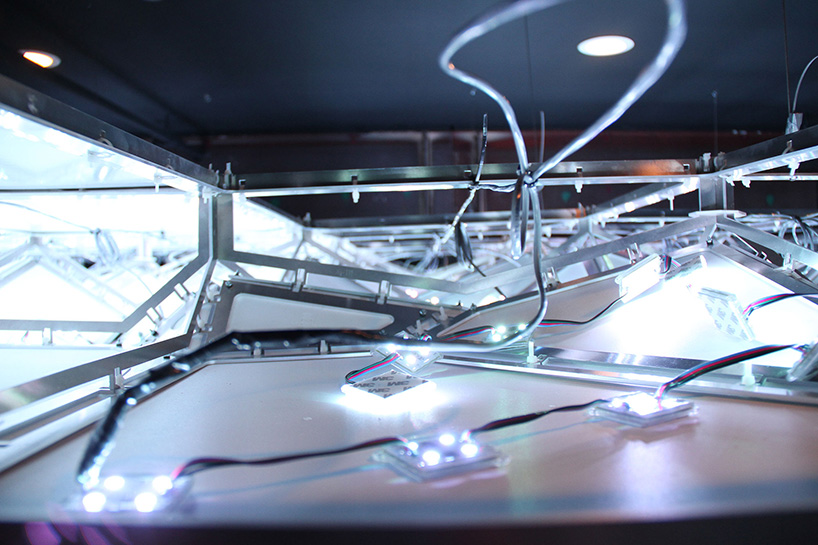 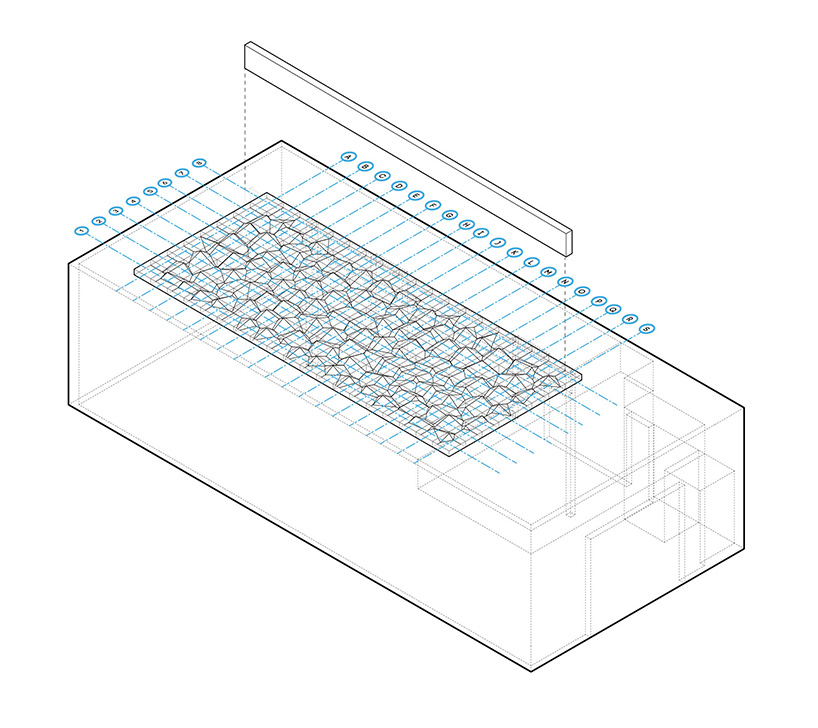 axon of the overall installation grid 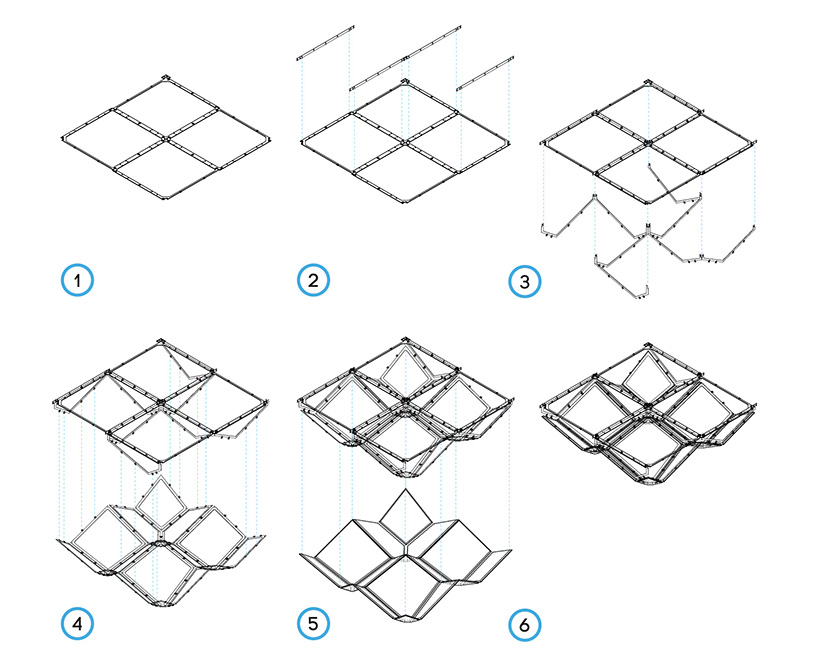