encapsulating a neogothic-style cemetery built in the early 20th century in betoño, spain, roberto ercilla‘s ‘sancho el sabio foundation’ repurposes a regional treasure whose function deals with the documentation and investigation of basque culture. the original structure was left entirely intact and encompasses the lobby, meeting rooms and administration. being a facility that archives historical files, ample storage and related work areas were required. these volumes were placed below-grade as a peripheral ring around the elevated edifice, which not only gives a metaphorical importance to the existing building, but also invites plentiful amounts of natural light into the space.

interior enclosures are separated by thin glass panels and slender bands of wood veneer that help reflect the daylight. a massive curtain wall surrounds the perimeter of the construct held in place by a light-weight steel skeleton with tension cables that completely seals off the inside and preserves it from destructive external elements. lean metal columns support the roof structure and skylight situated above the central courtyard. 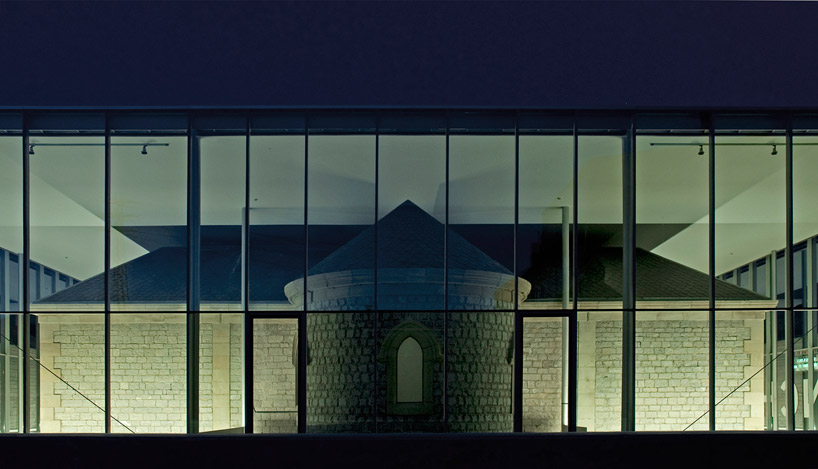 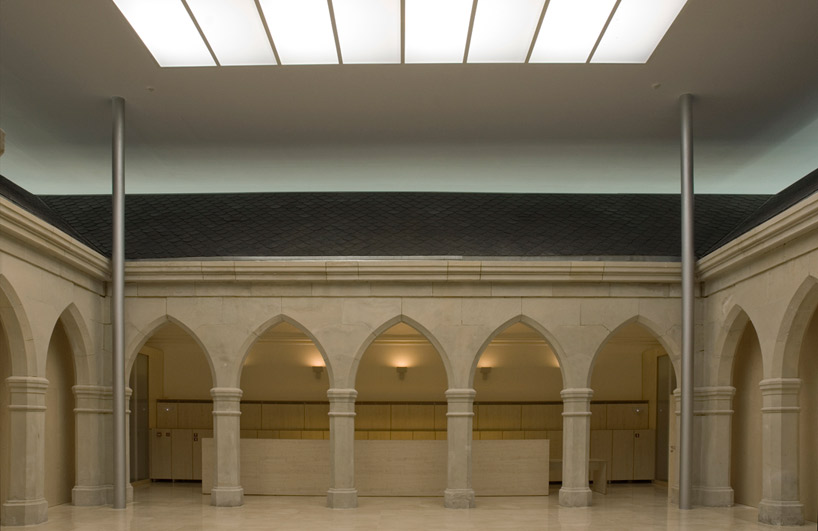 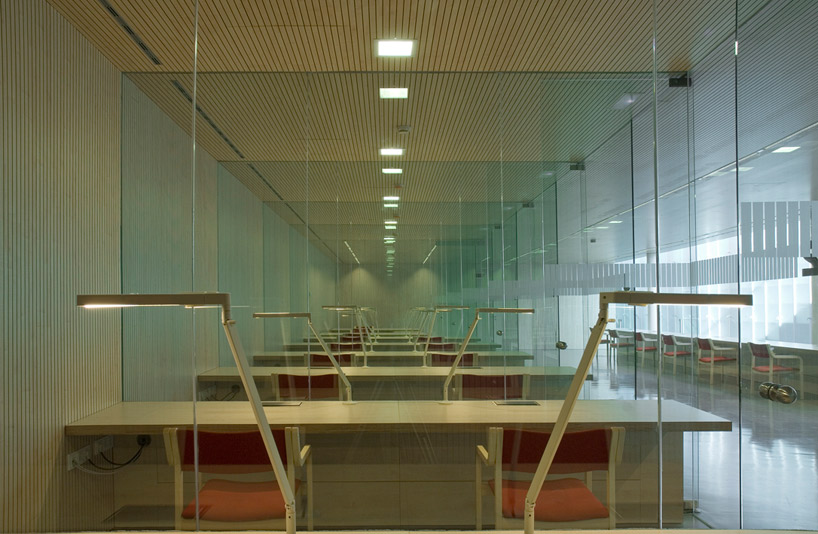 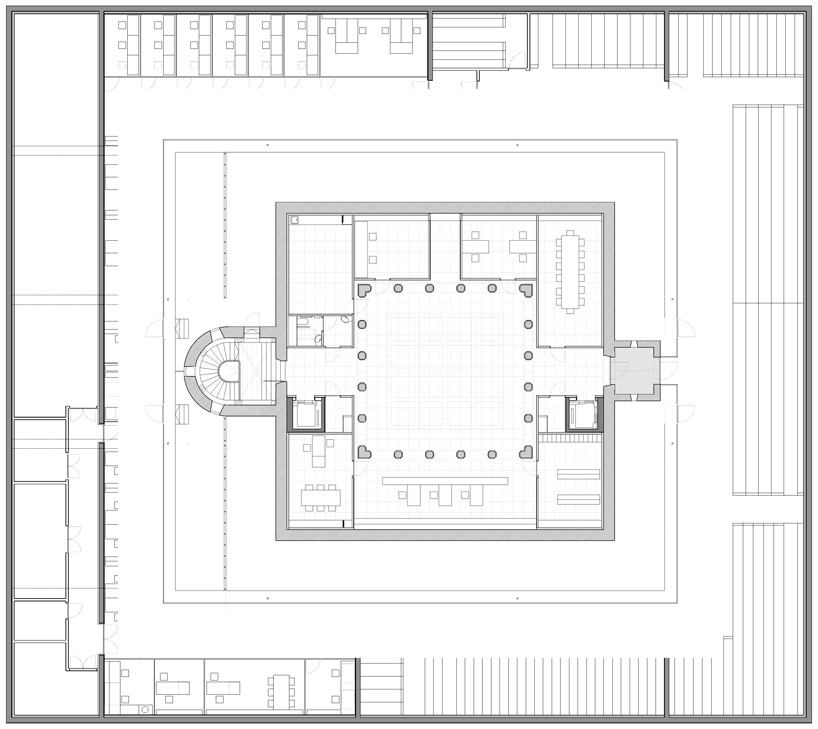 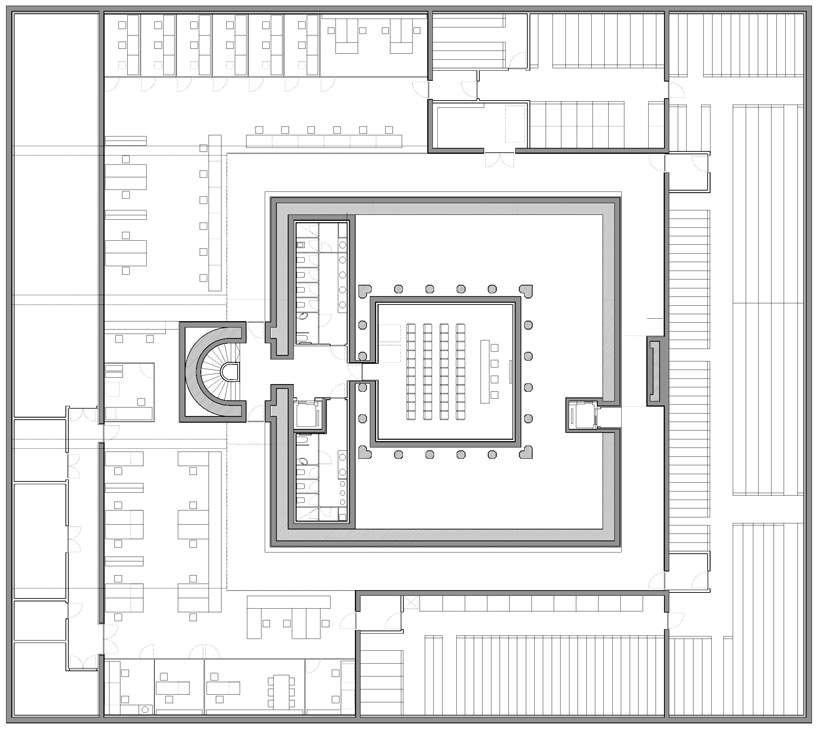 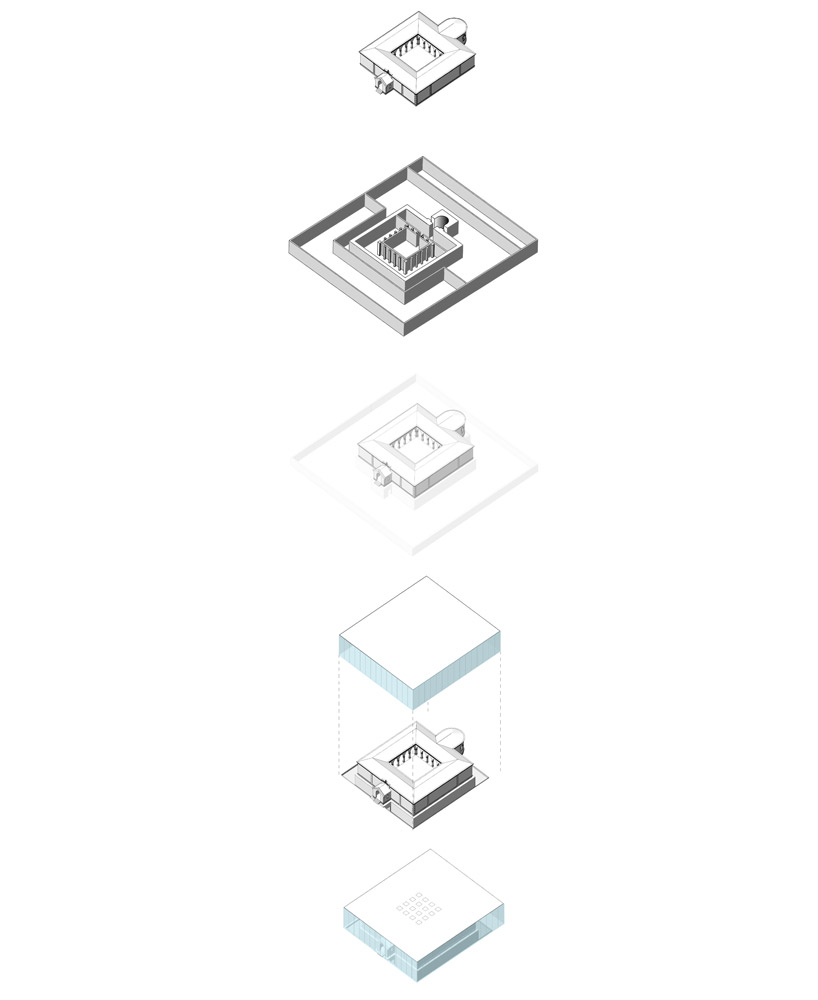 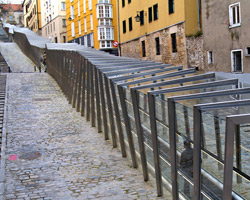 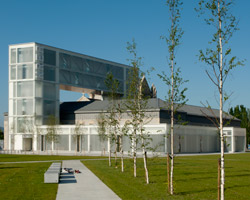