roberto scaia designed a new active public space that enhances an underdeveloped part of buenos aires, argentina, transforming and bringing it together. this project proposes the massive integration of public space in relation to nature under large light roofs, at the intersection of large metropolitan flows, counteracting the current trend of taking over and reducing public spaces. 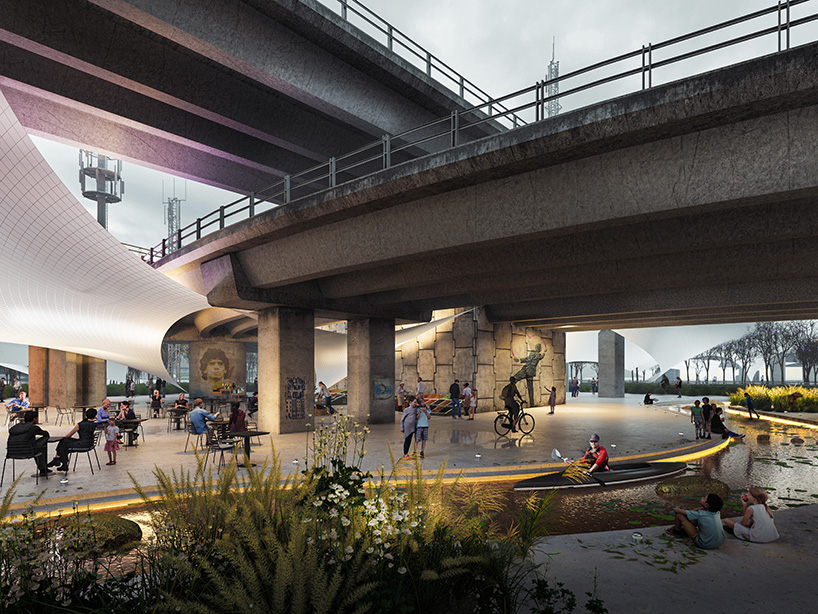 all images courtesy of roberto scaia

roberto scaia proposes the opening of circulations perpendicular to av. rivadavia and av. juan b. justo, and the filtering and daylighting of the maldonado stream as a new public green space. the liniers market sits at the intersection of highways and streams subjected to increased flood risk. in a space conducive to spontaneous and artistic exhibitions under existing megastructures, a set of large white covers celebrates the recovery of this riverbed with relocated commercial and recreational uses. 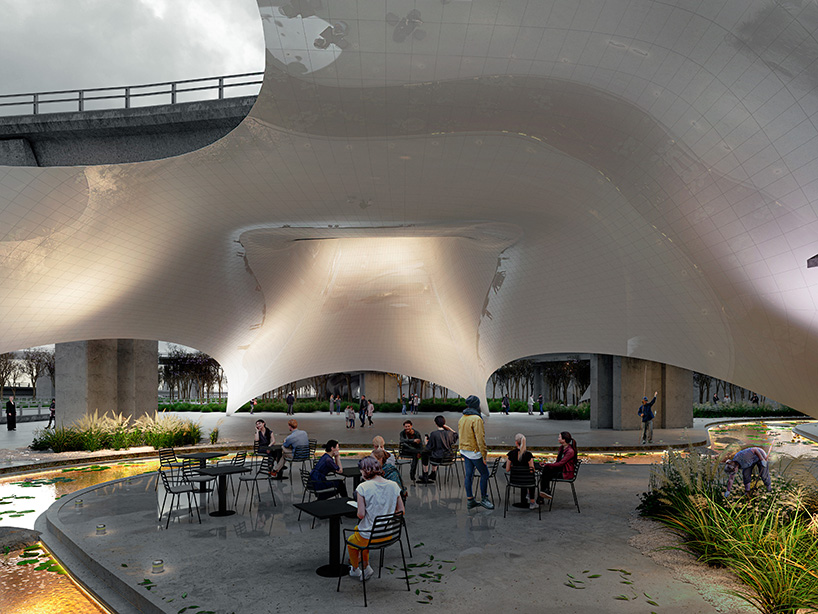 tractable with double negative curvatures, these covers are recyclable, washable, referenced, refractory, and contrasting. the tunneling of the sarmiento train will redirect public transport flows, avoiding the current underuse of av. juan b. justo for low-performance polluting vehicles. further, thanks to this rail optimization, native flora and fauna can now be recovered and reintroduced to the area. 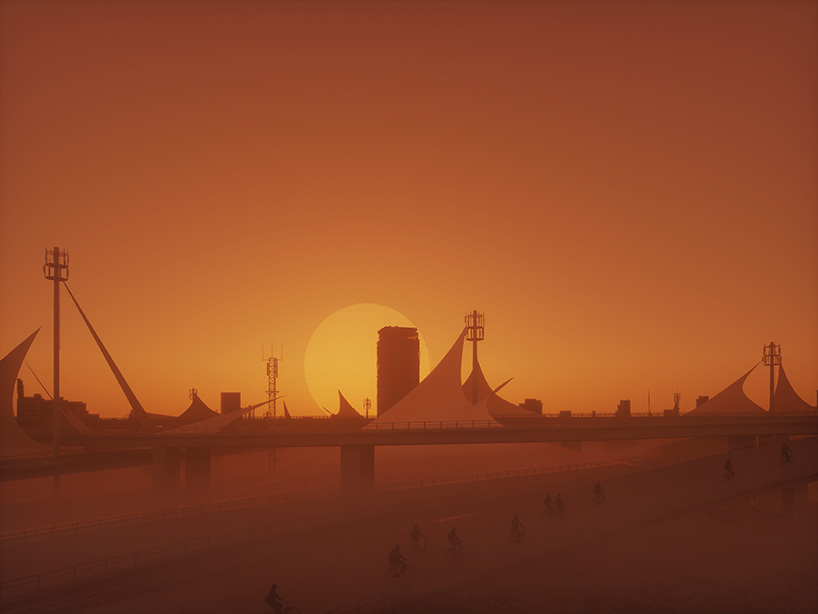 historically, the two avenues were physically and culturally unconnected. south of liniers, an intense commercial district did not have enough large spaces for its economic activities, which began to encroach onto sidewalks and into high-flow streets as a result. only 500 m north of liniers, floodable void spaces were isolated by physical barriers. self-sufficient buildings like stadiums, workshops, or warehouses, were also separated from the rest of the city by use as well. 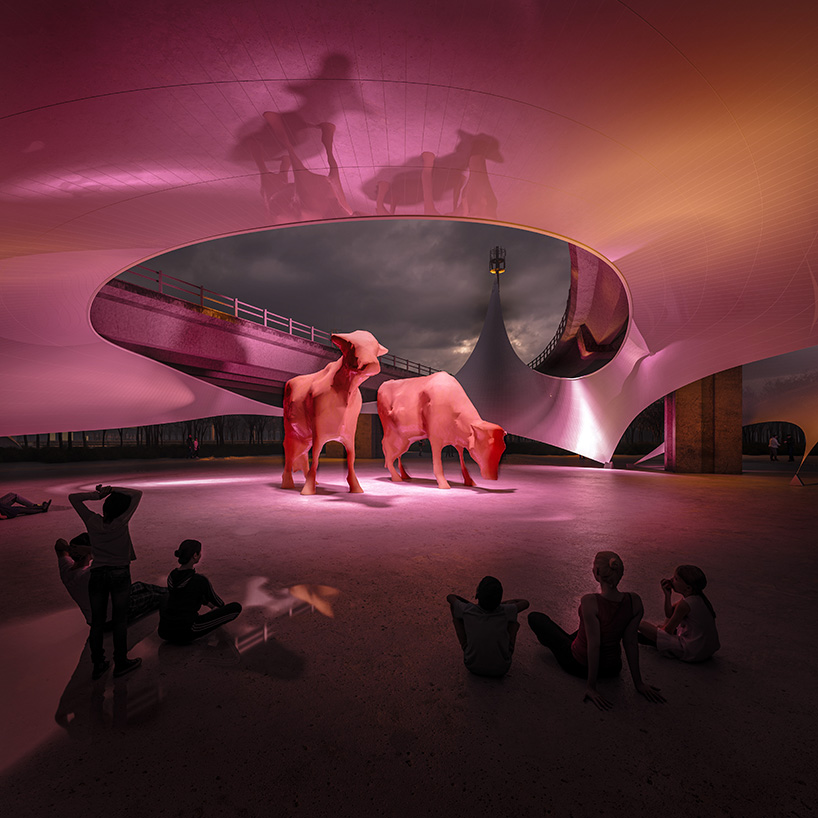 these programs in disuse fractured the neighborhood generating ghettos with inducted social differences. the so-called ‘metrobus’ could have been an integration opportunity from the pedestrianization of nodes, but it resulted only in exclusive lanes for slow and polluting transport companies, without stops in these potential areas. currently, the area north of the market is an environment of unsynchronized strategic arteries, hampered by double platforms over basins and invisible beds. 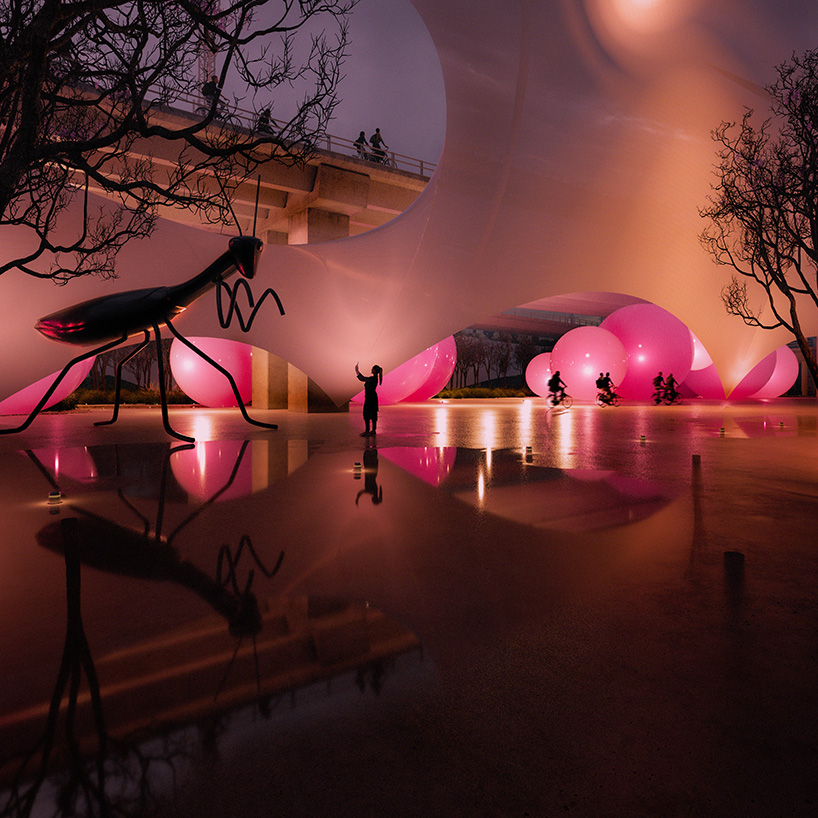 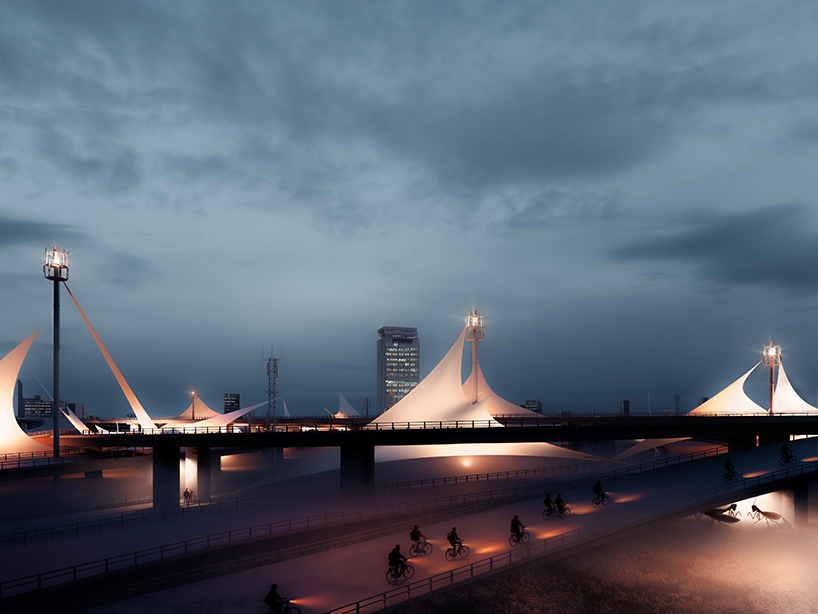 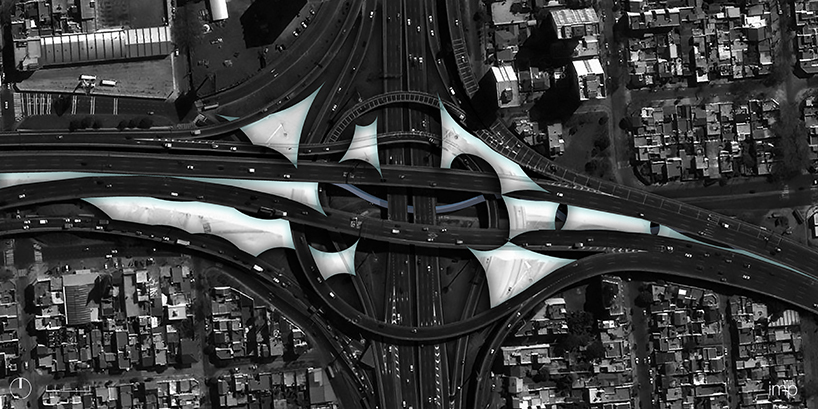 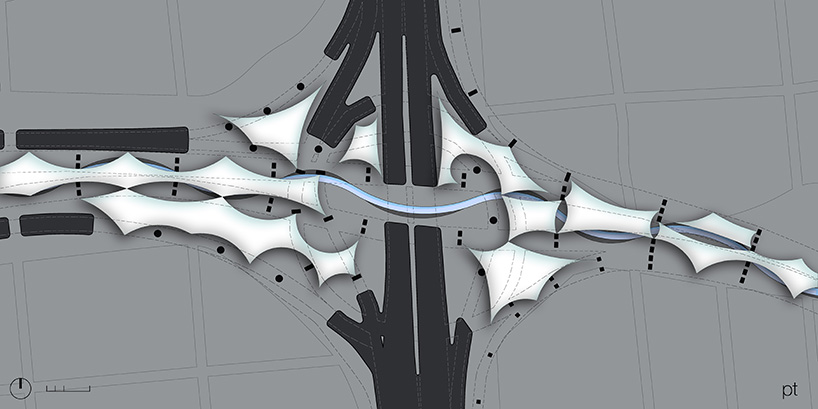 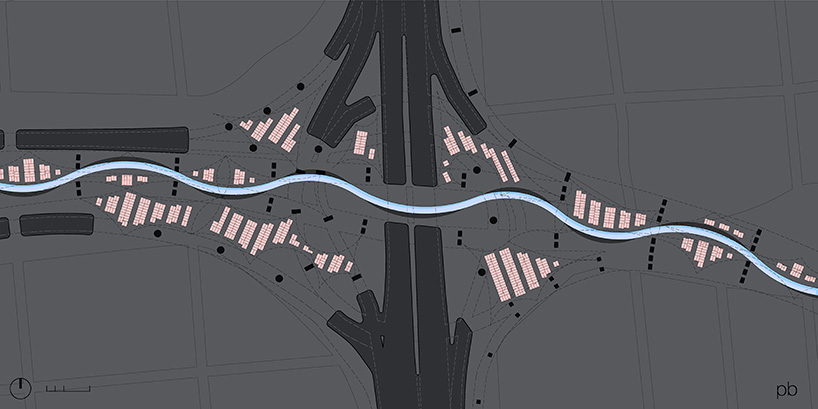 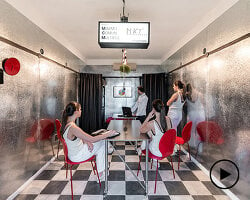 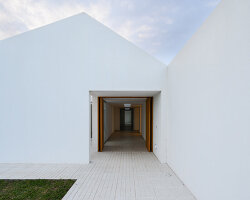 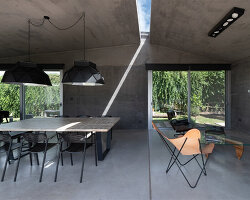 Jan 05, 2022
a thin ray of light permanently pierces through this argentinian house 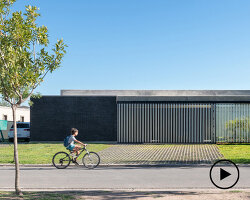