the guangdong museum is one of four major cultural landmark buildings for the new financial hub in zhujiang xincheng of guangzhou, china. rocco design architects was announced winner of the international invited competition in may 2004 and was subsequently appointed as the architects of the project.

the five-storey museum has a total floor area of approximately 67,000 square meters. conceived as an objet d’art at a monumental scale, an allegory to the impeccably and intricately sculpted antique chinese artifact, such as a lacquer box, an ivory ball, a jade bowl or a bronze tank, which collects and reflects treasures of the times. the new museum is not only designed to house a great variety of fascinating objects of treasure, it is also in itself designed as a treasured object of great fascination that contemplates to become an identifiable cultural icon, giving the visitors a memorable tour and experience of the local provincial history and traditional wisdom as well as contributing to the appreciation and enhancement of cultural identity of the city. 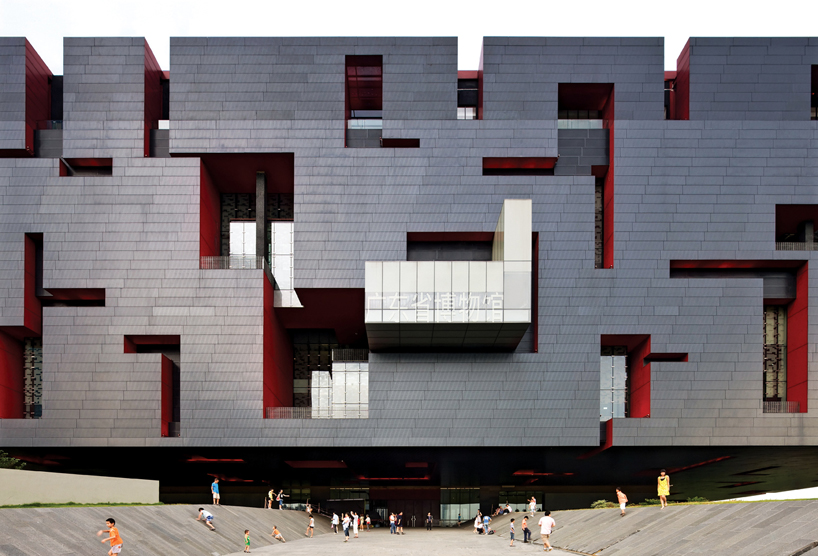 the museum’s spatial arrangement takes its inspiration from the legendary concentric ivory balls carving. each carving slices through the box and reveals different layers and varying degrees of transparency within the interiors, forming interesting spatial patterns and luring visitors through its exhibits inside. the interweaving of interior space pockets also reveal the intricate relationship between the visual and physical connections and separation of the atrium corridor, the individual exhibition halls and the back-of-house service areas. this deliberate arrangement not only reinforces the clarity and coherence of the treasure-box concept, but also allow flexibility in planning and operation of all the exhibition spaces. in addition, each of the main exhibition halls are punctured with random alcoves of dynamic spatial geometry. 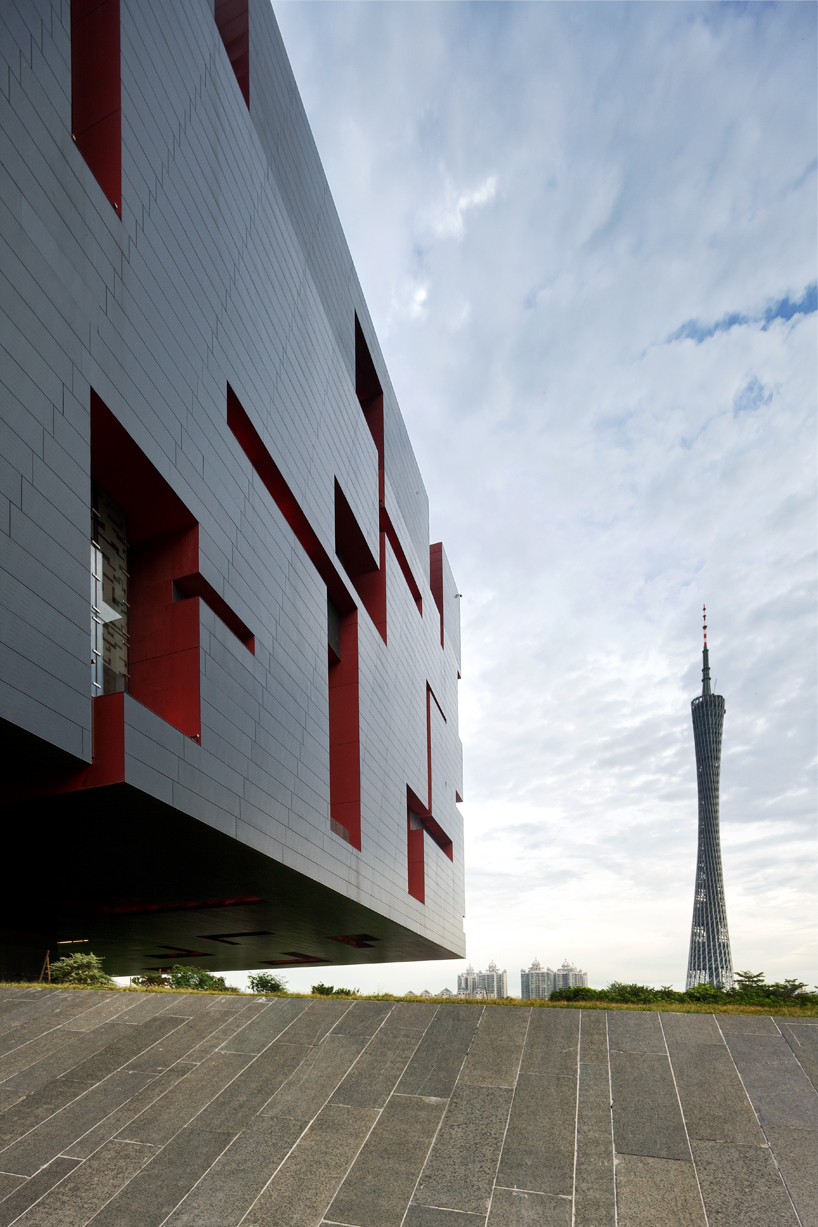 filled with natural light and served as visual breakouts to the outside, they are also transitions between the exhibition halls which offer visitors intimate and well-balanced resting spaces. the overall treatment of the main facade is also based on the analogy of ivory ball. using materials such as aluminium panels, fritted glass and GRC panels, each elevation is uniquely designed with different geometric voids recessed into the building mass.

in order to achieve a smooth transition between the museum and the adjoining landscape, an undulating landscape deck is introduced underneath the elevated museum box, metaphorically symbolizing a silk cloth unwrapping a much treasured piece of artwork. 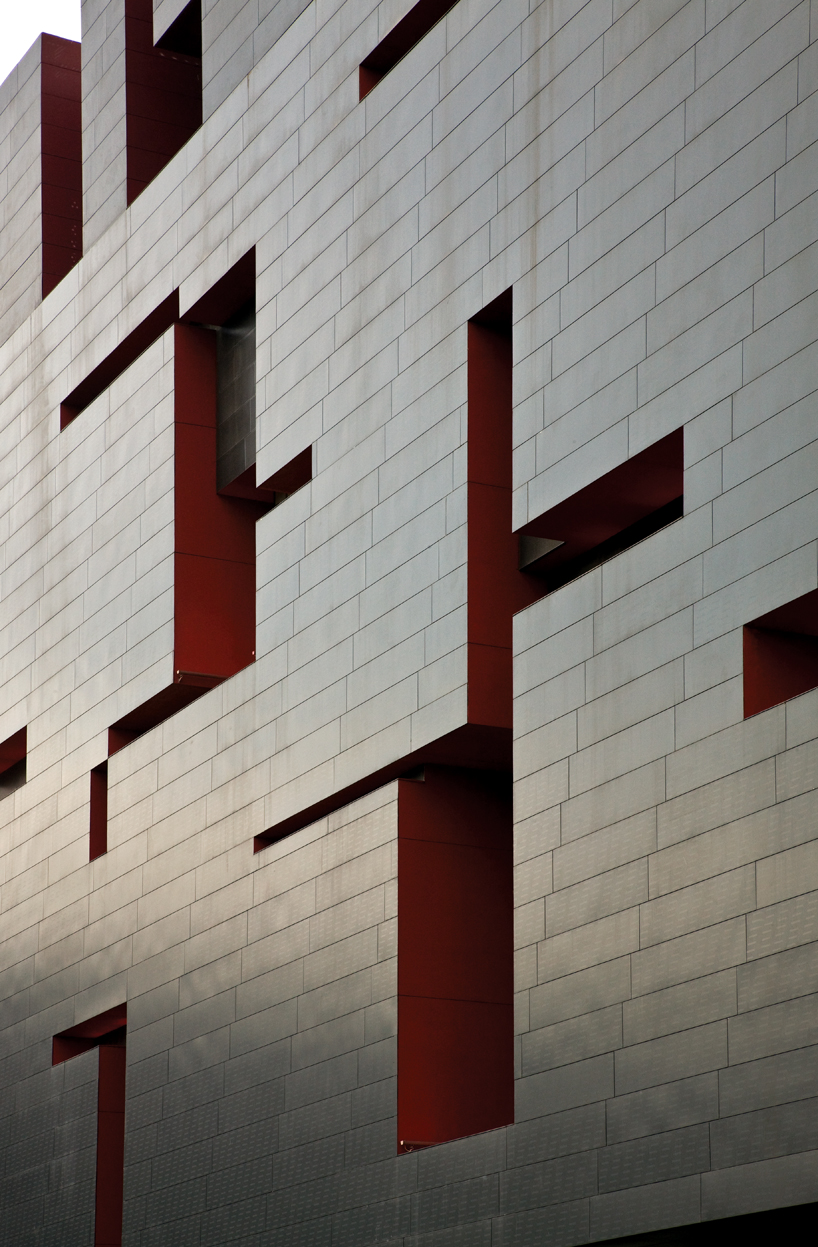 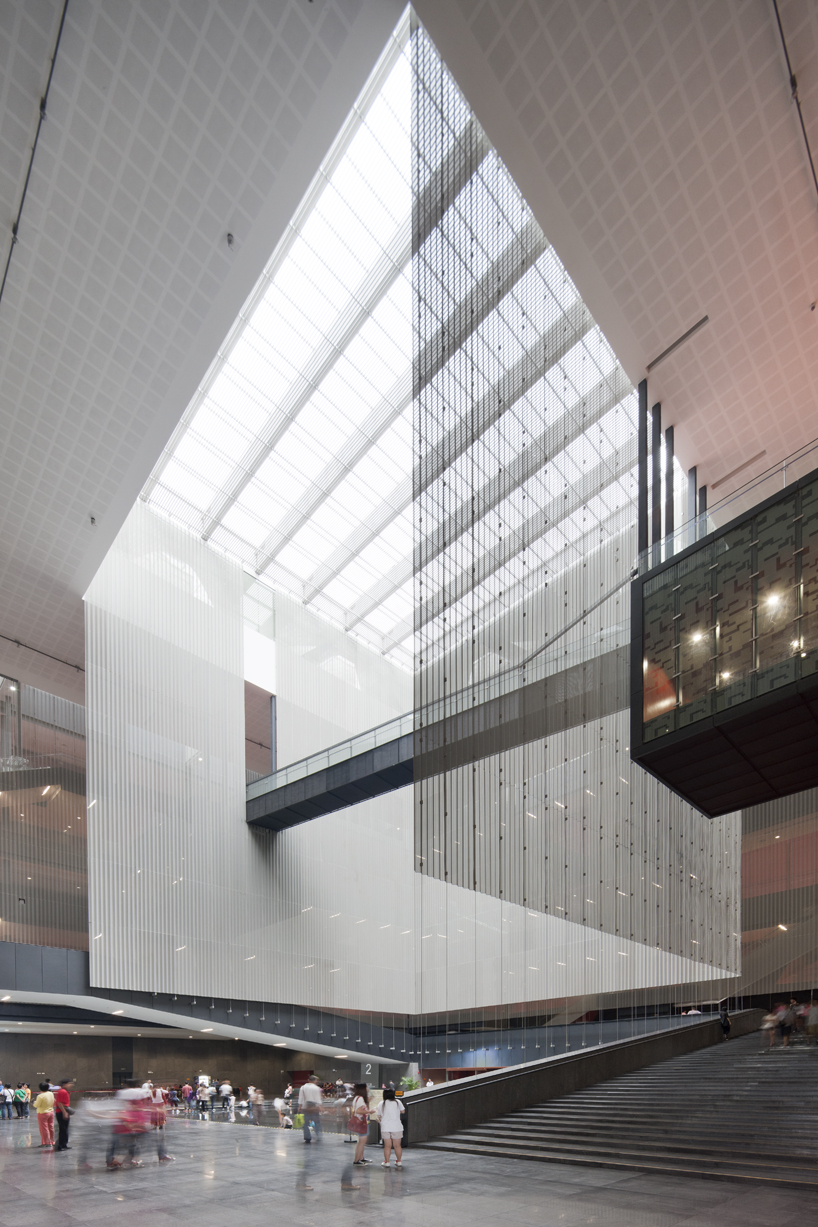 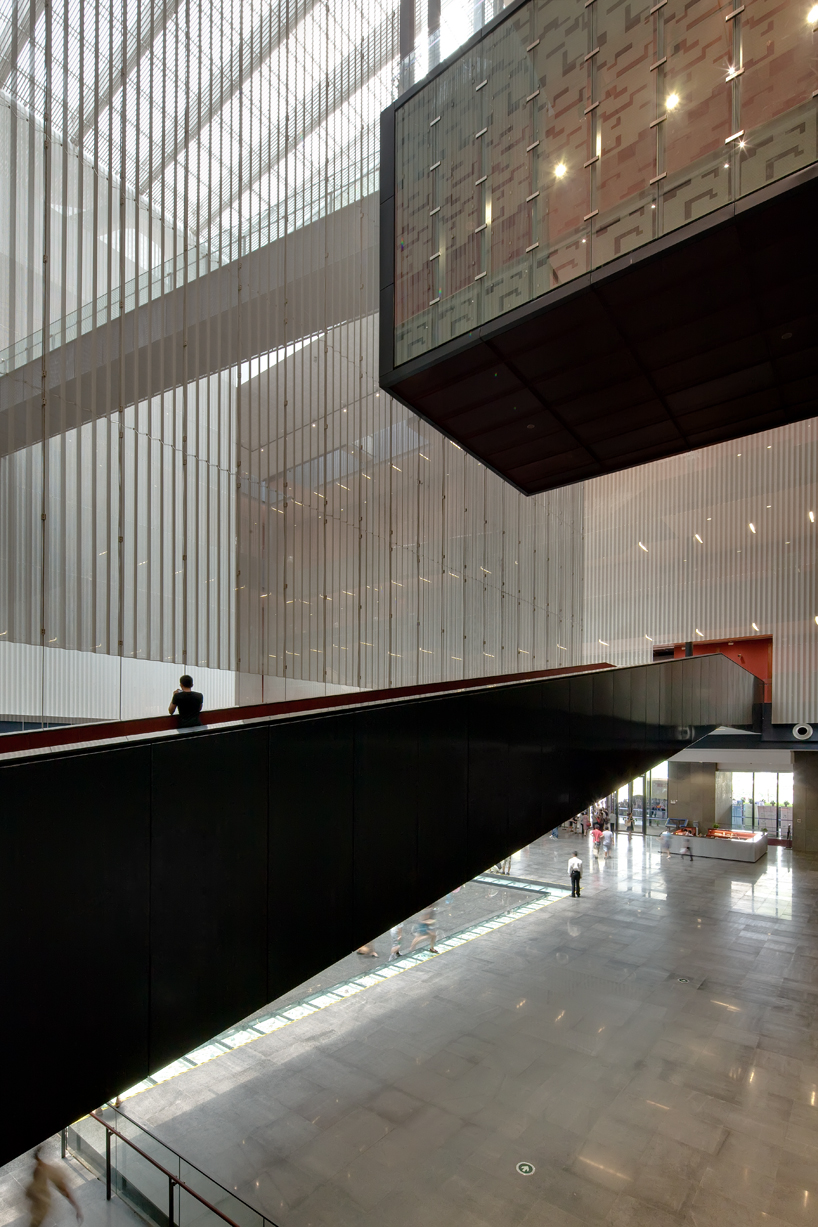 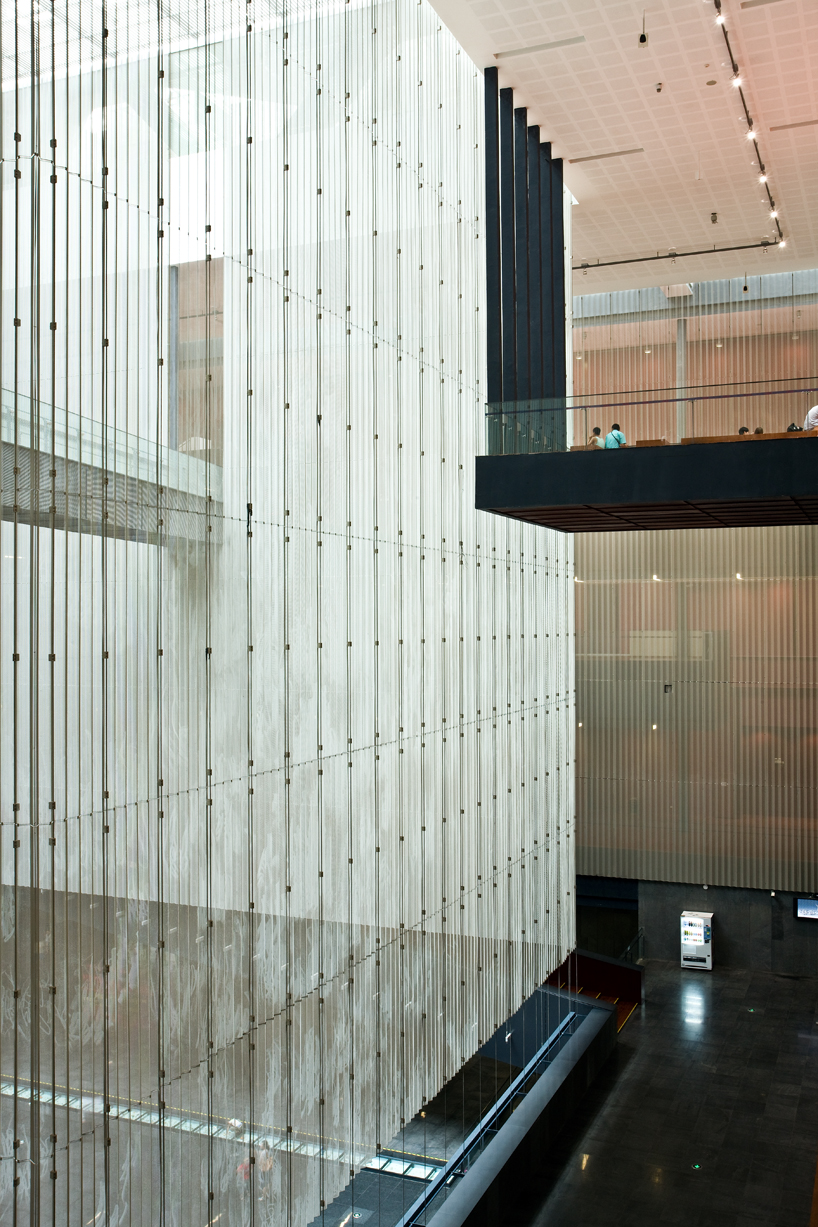 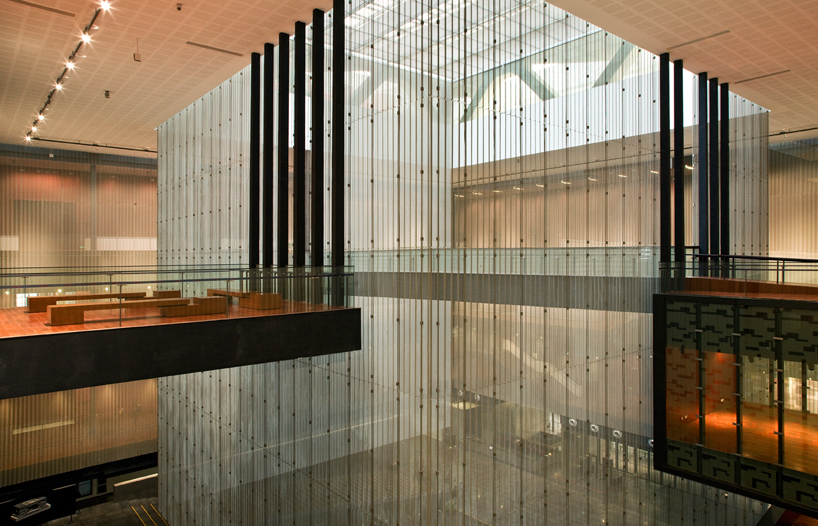 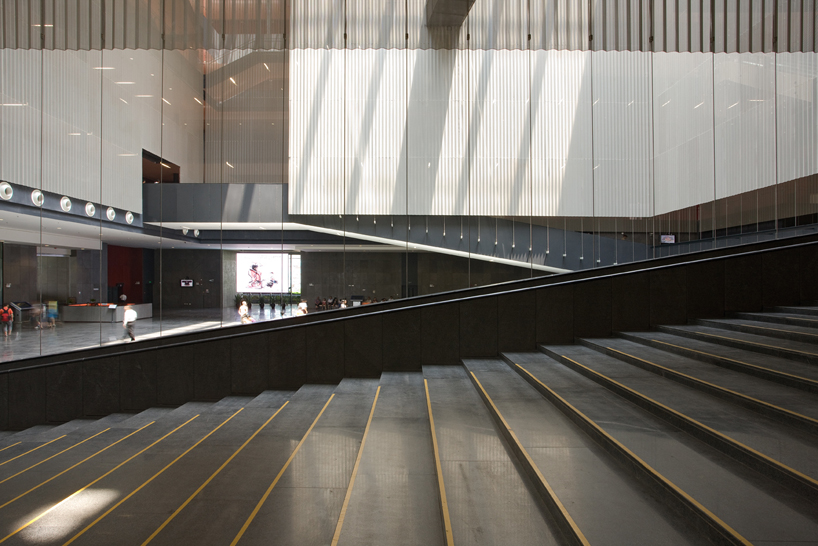 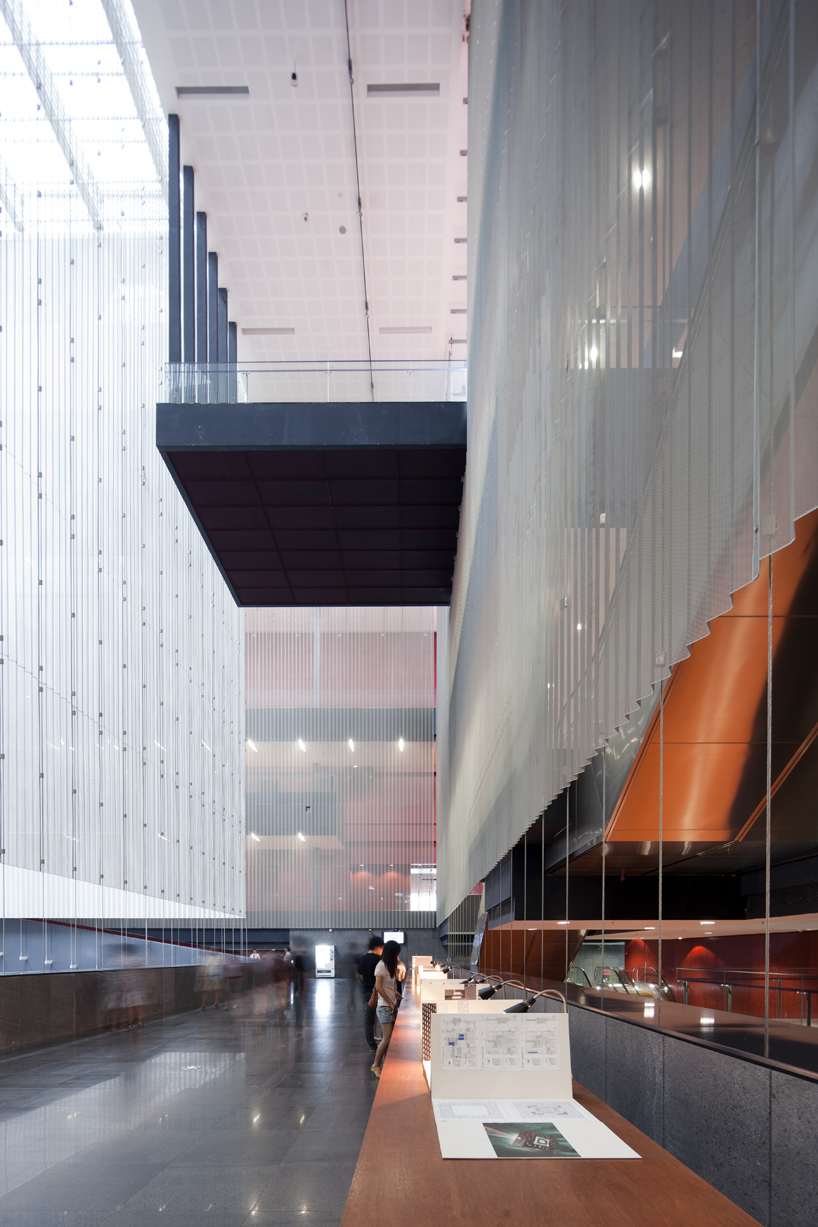 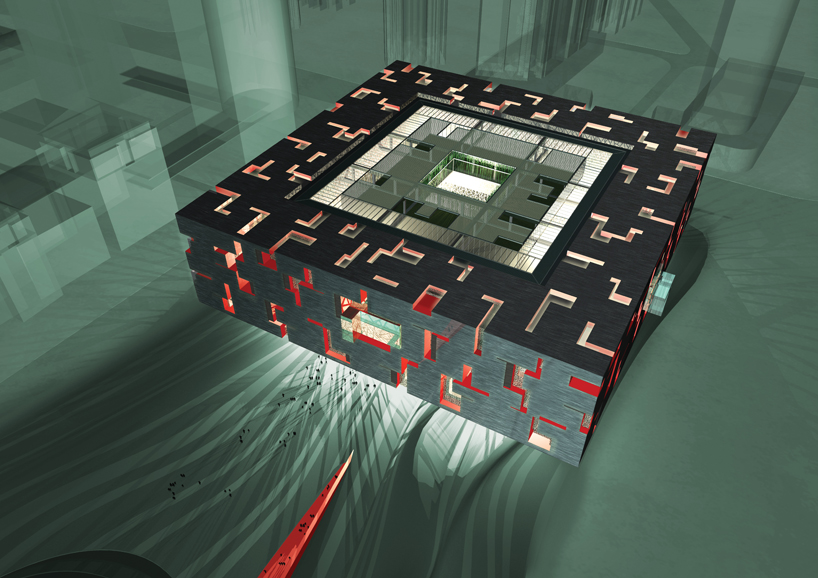 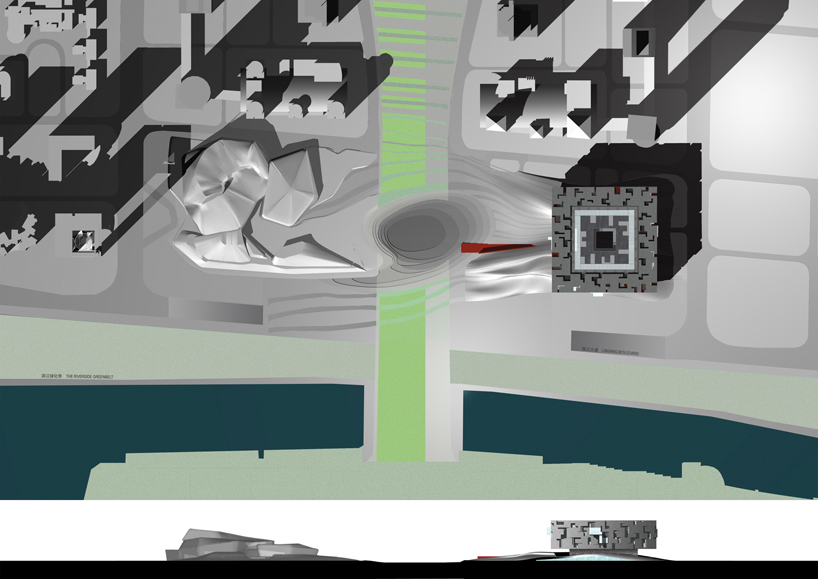 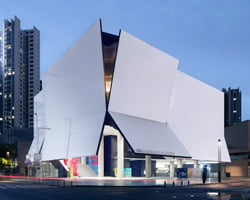 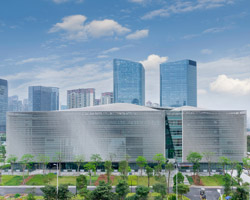 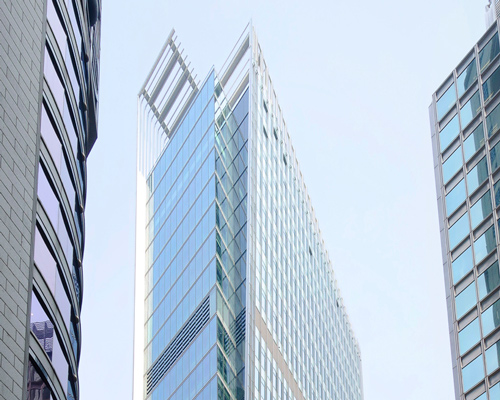 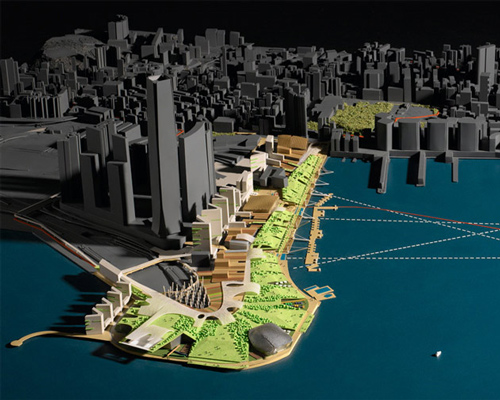