located along the coast of rhode island, the ‘ocean house’ by internationally-recognized firm roger ferris and partners evokes the deeply rooted sea culture of the american northeast in the various forms and materials used. a long 40-foot wooden ramp leads to the several structures whose forms mirror those of traditional boat sheds. oriented based on the wetland constraints of the site, the simple yet powerful typologies of the dwelling with their gabled roofs connected by a raised exterior deck frame views of the nearby ocean. the interstitial spaces are protected from the wind by the constructs themselves, creating favorable outdoor areas. the full-height glass facades are screened by horizontal aluminum louvers and motorized retractable window shades along with deep east-west overhanging eaves to control excessive solar gain. the rural siding of the home and the exterior patio are made from weathered ipe, known for its durability, strength and resistance to rotting and insect attacks, while the roofs and chimneys are clad in weather-proof zinc panels. extra insulation in the solid outer shell of the constructs maintains a steady interior temperature as water is collected from the canopies and recycled for use in the house.

collection of mini structures make up the residenceimage © michael biondo 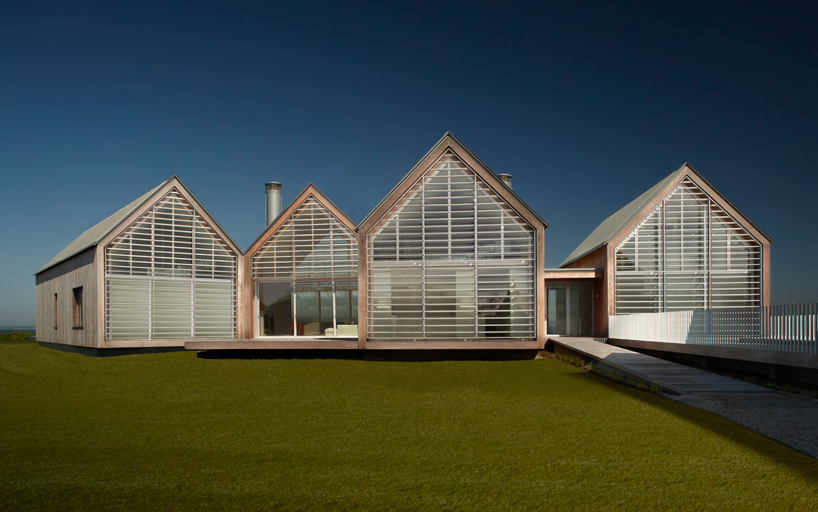 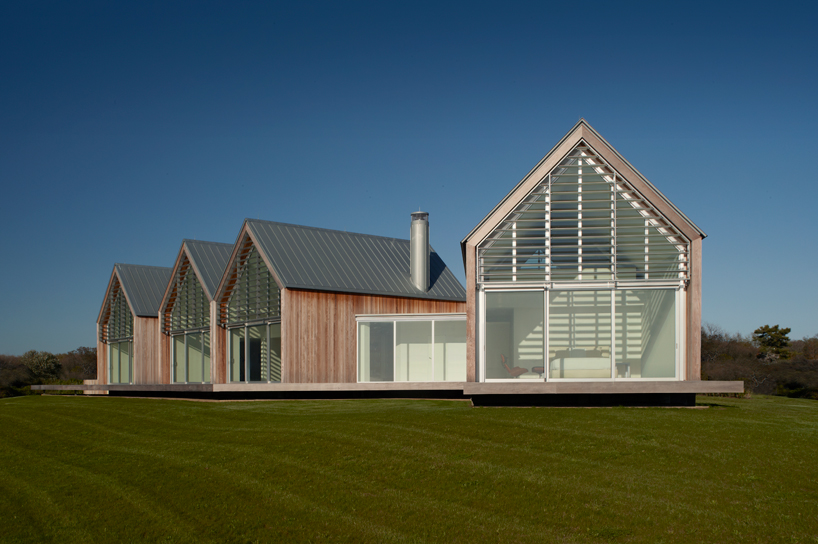 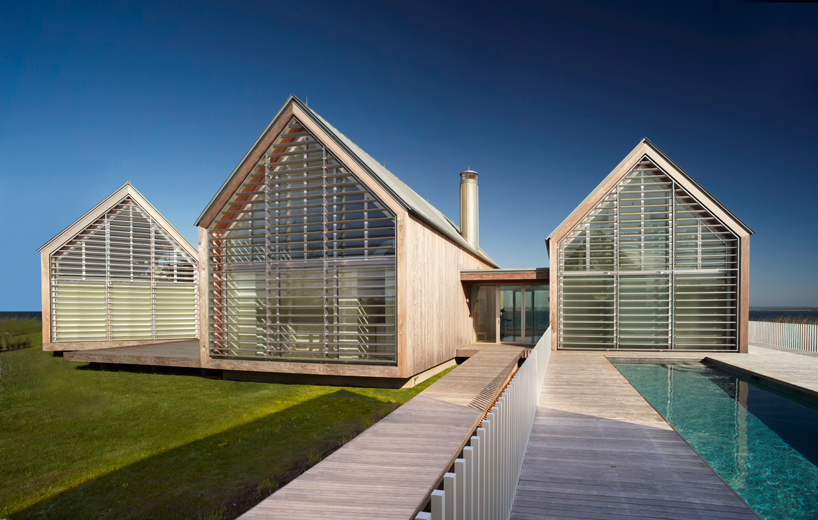 pool protected from the winds by the house itselfimage © michael biondo 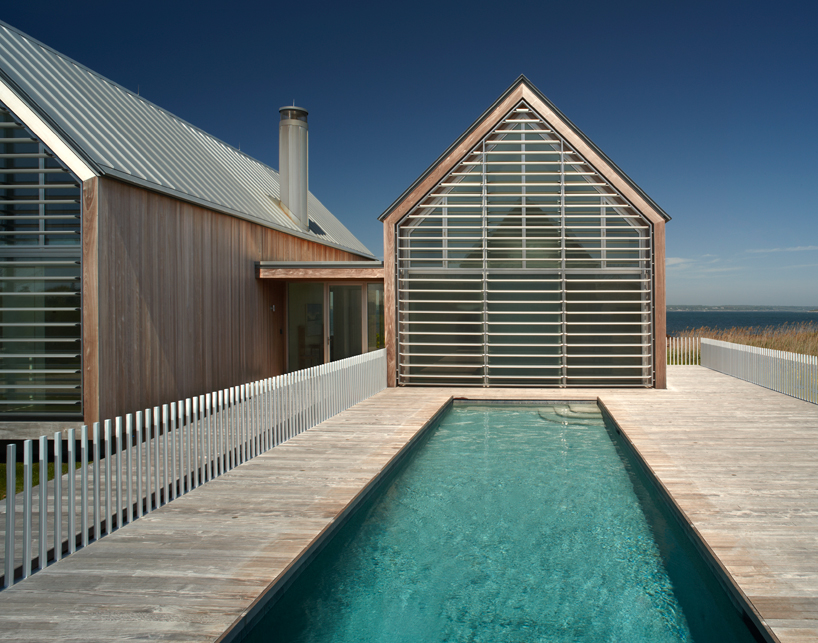 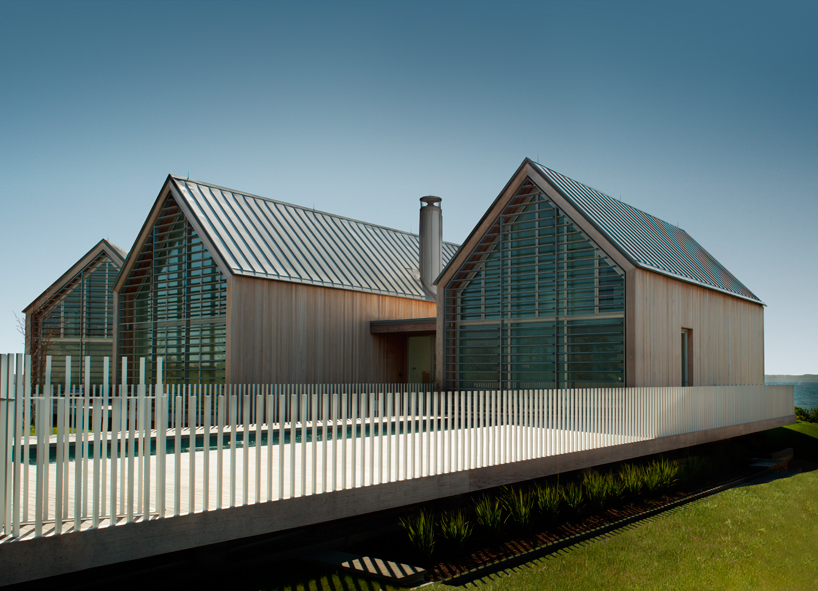 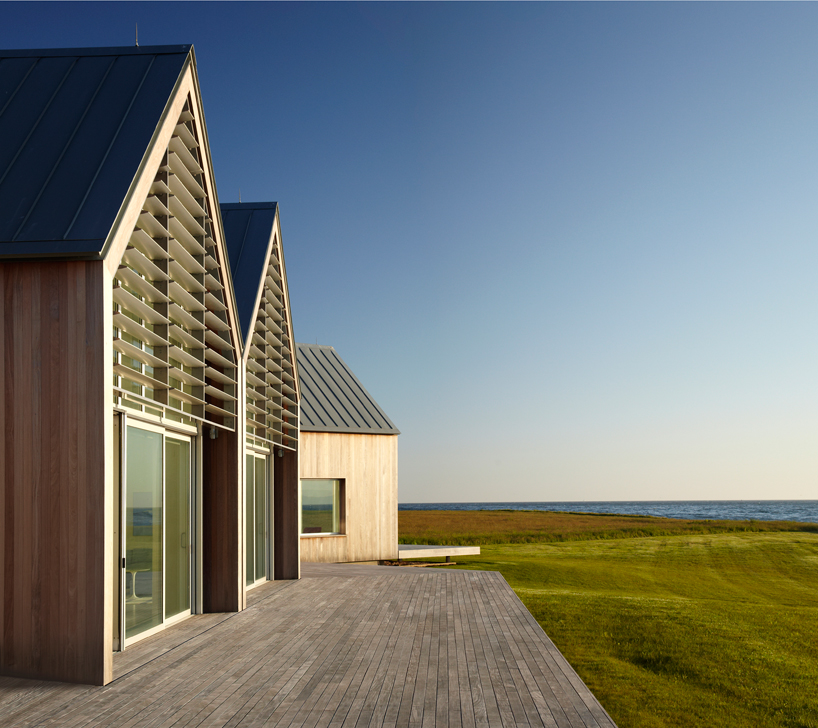 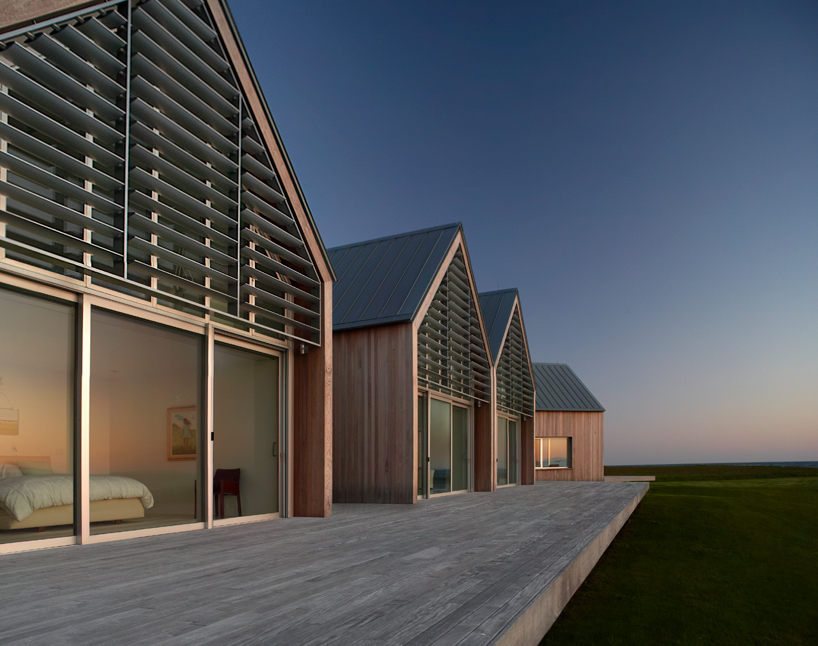 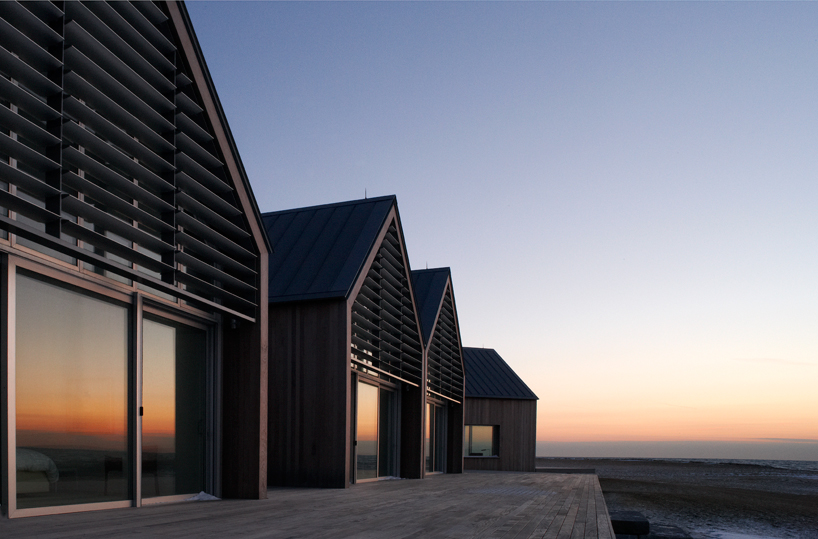 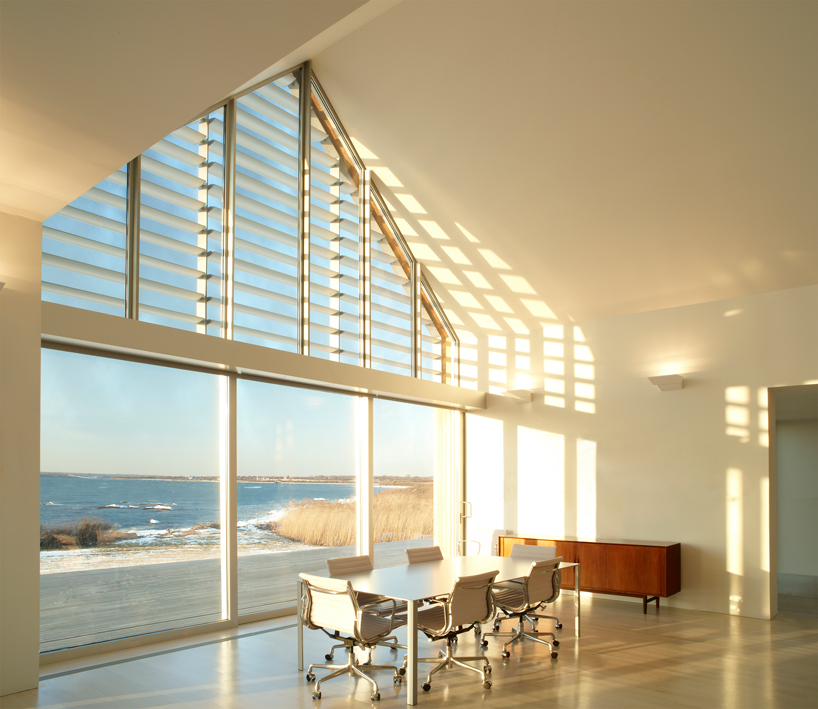 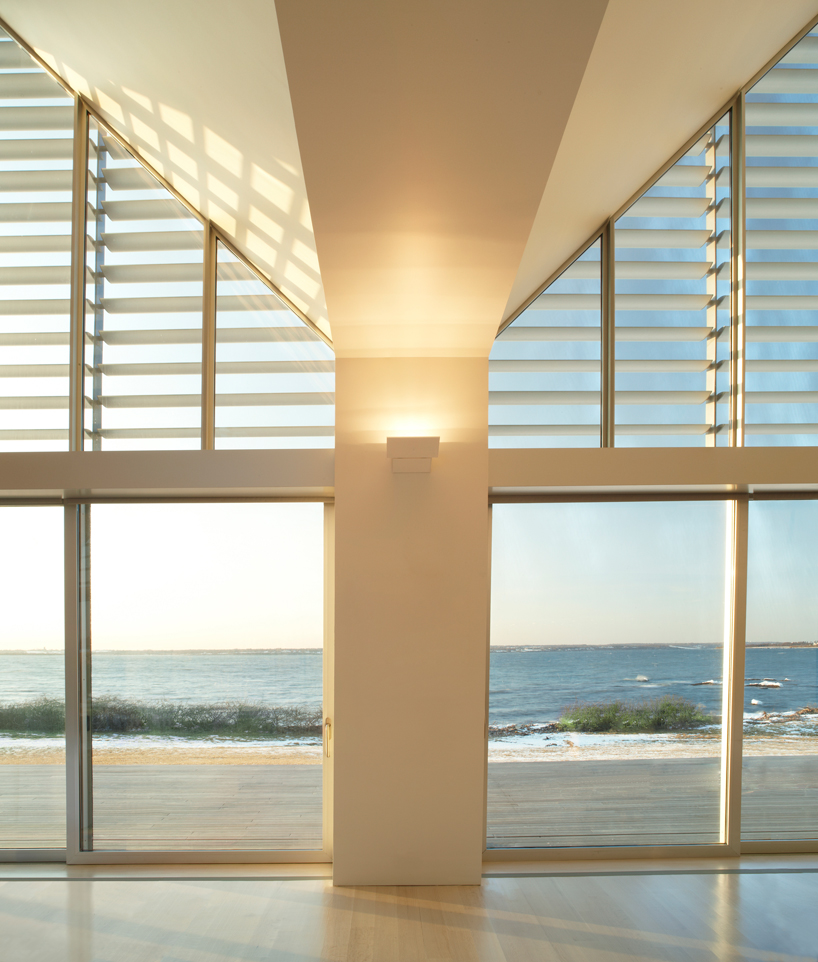 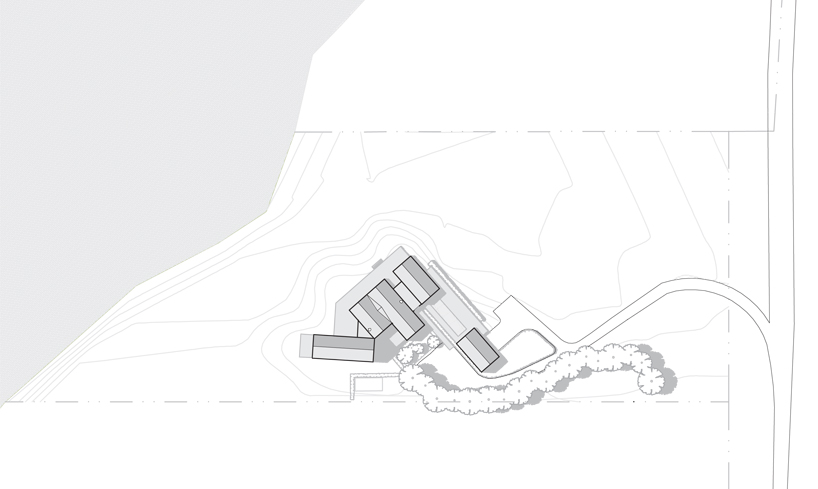 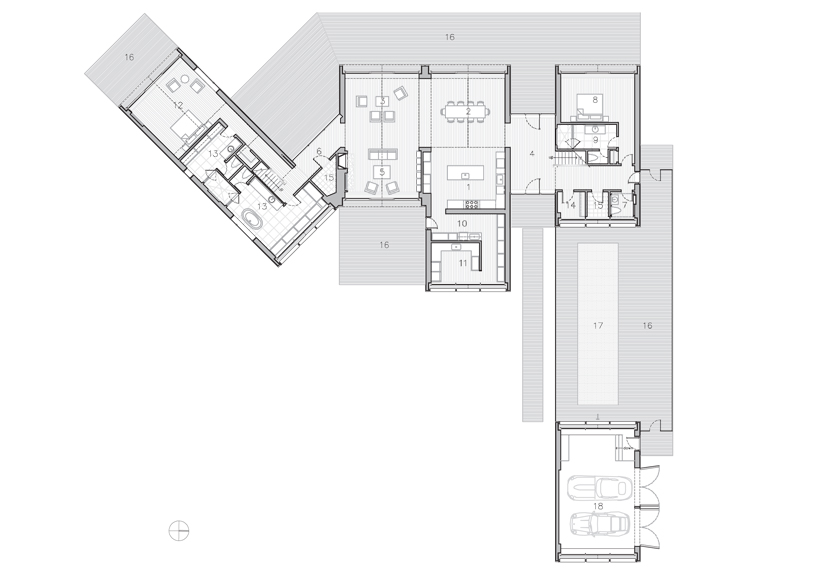 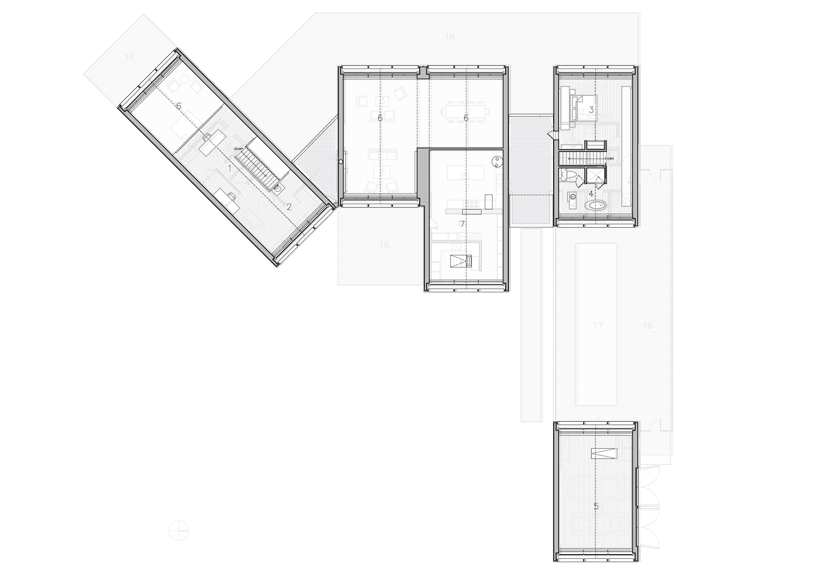