spanish practice roldán + berengué has recently completed ‘social housing tower in plaza europa’, a multi-level residential tower in barcelona spain. conceived as part of an urban master plan, the design manipulates the facade to create a dynamic aesthetic identity as well as offer a variety of views for the inhabitants. 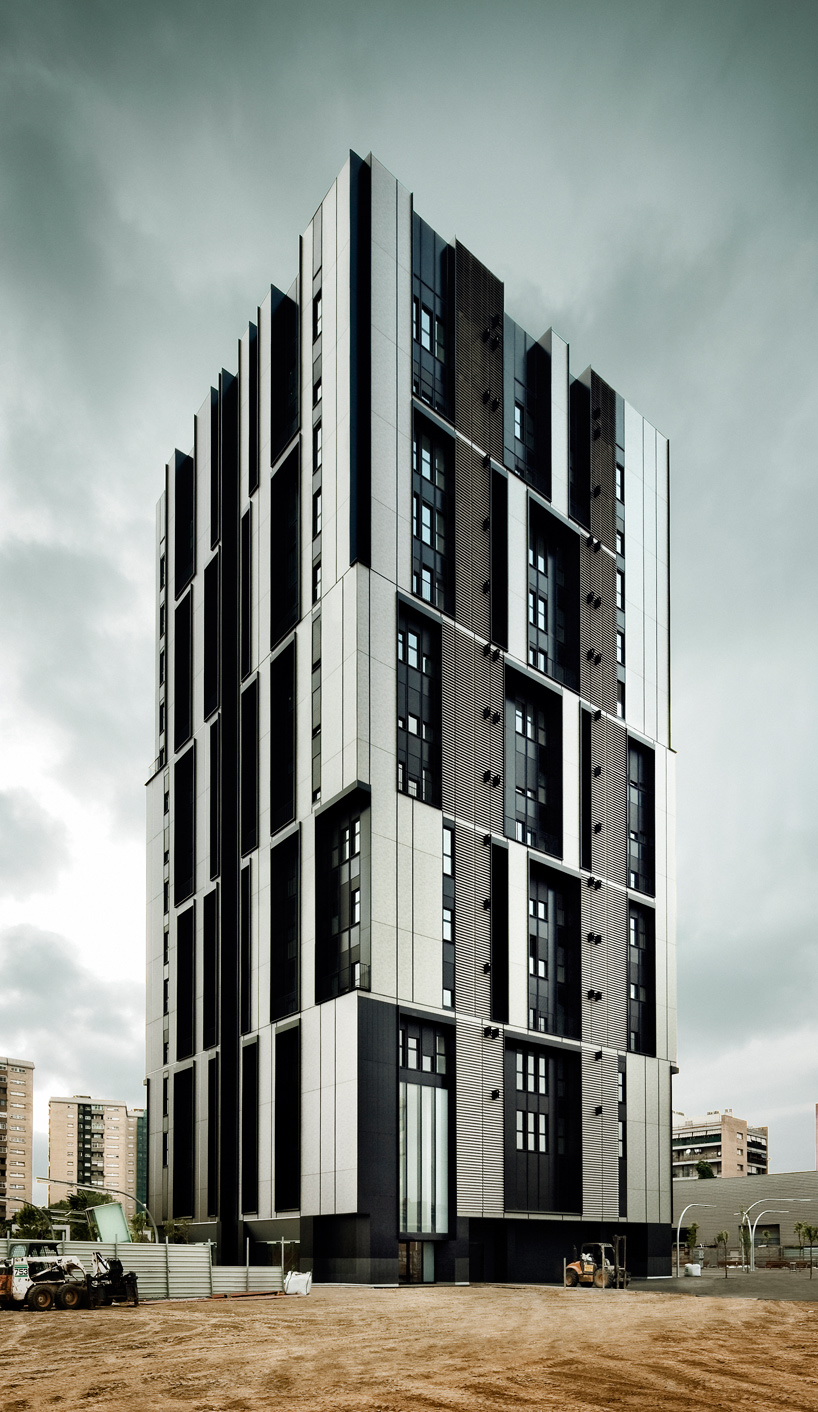 characterized by an elevation that seemingly pushes and pulls the individual units from the main volume, the design plays with the tower’s sense of scale by working in groups of three-storeys. the form is horizontally defined by these layers through the use of materiality and careful placement of apertures. offset from the level below, each grouping features a different bar-code like series of windows, resulting in a controlled set of views. protruding wall thicknesses act like blinkers and further controls the inhabitants vistas. 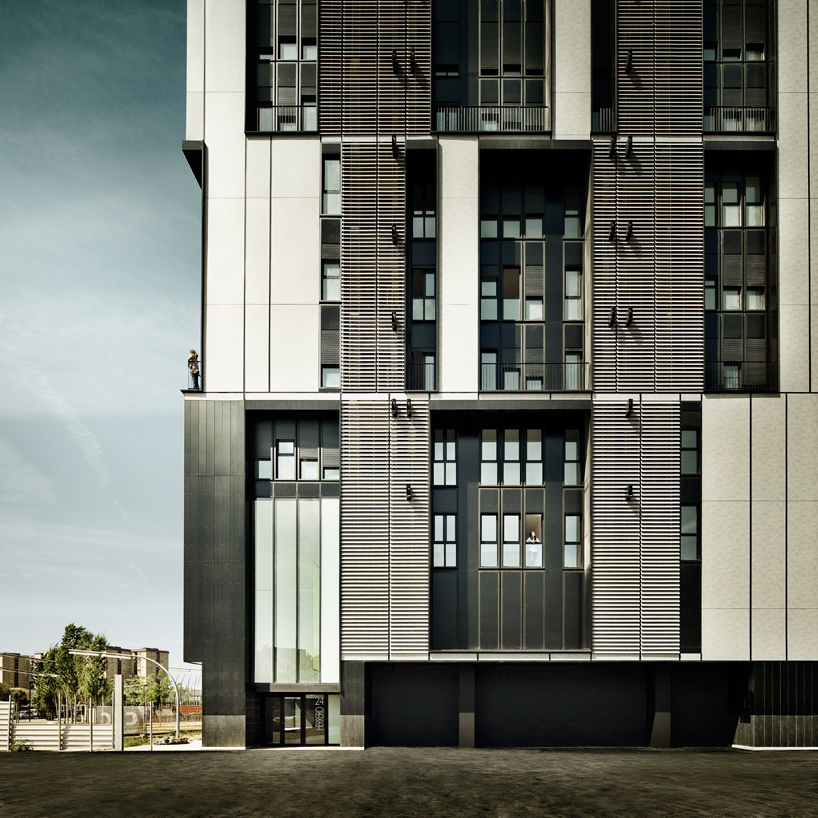 the sense of scale of the interior space is also distorted by an over-extension of the ceiling height. the ground floor is characterized by an interior street corridor which connects the adjacent pedestrian roads together. fronted with a strip of glazing, this public space serves as a meeting point for both the inhabitants and the local citizens. 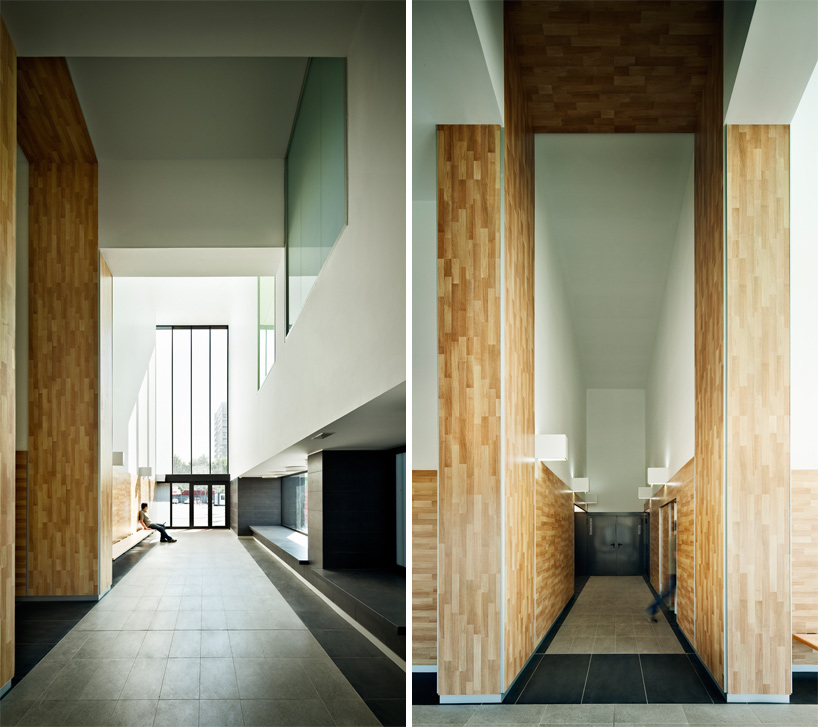 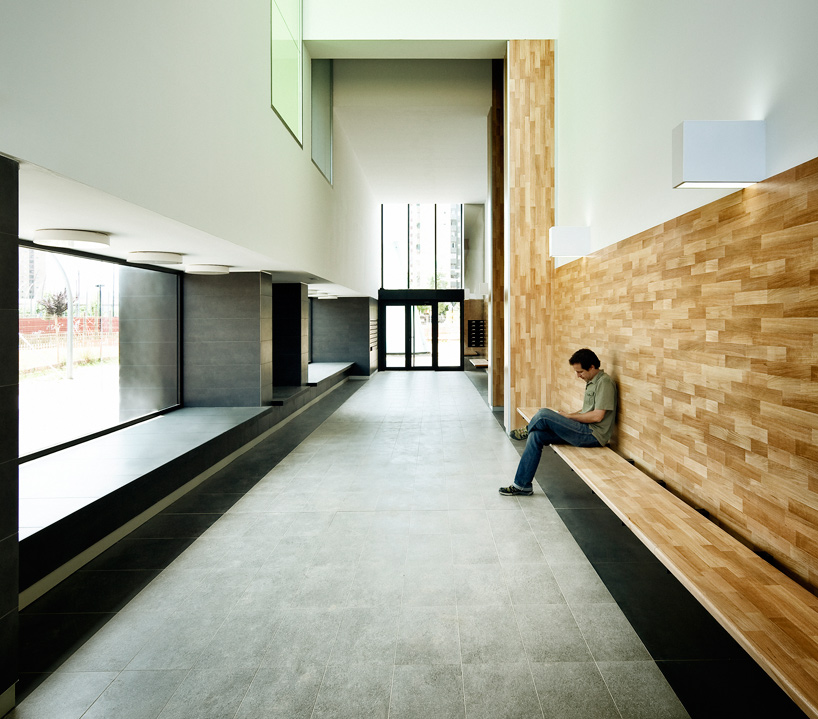 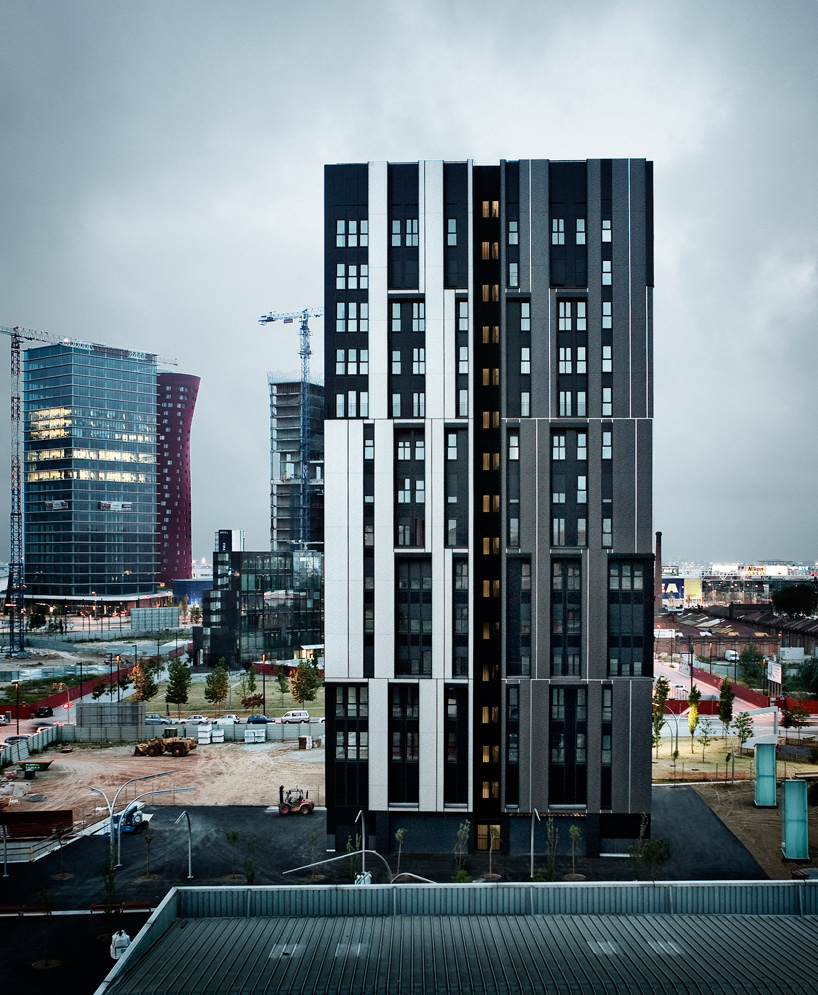 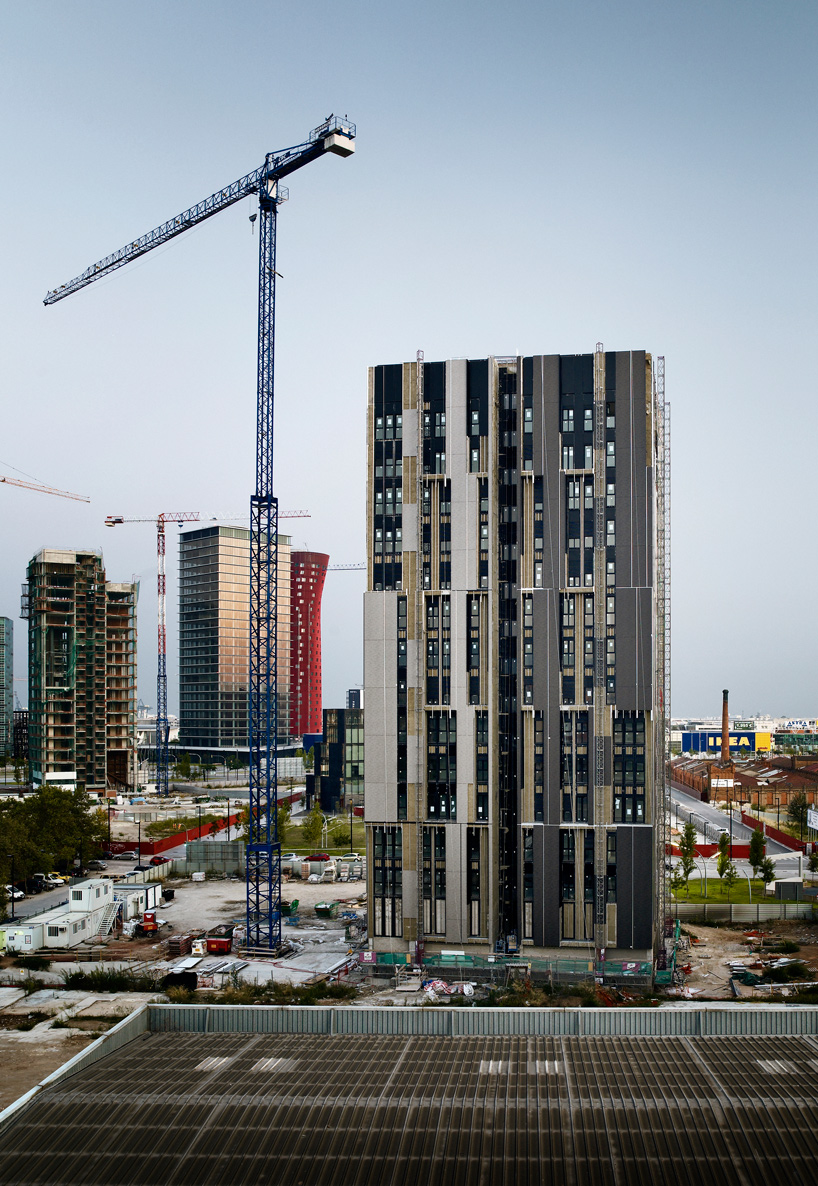 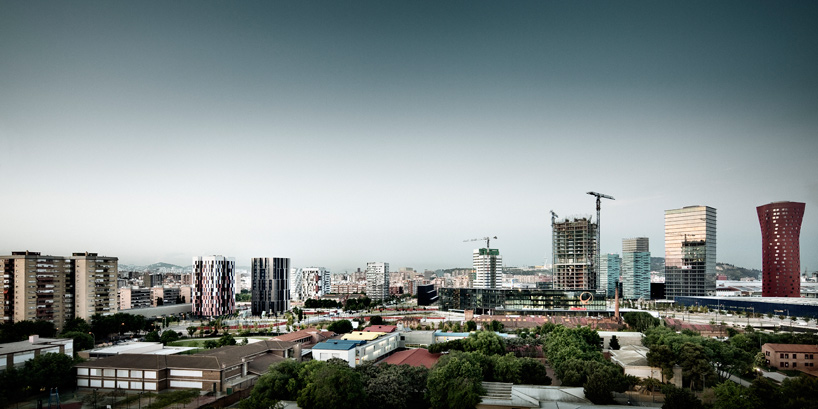 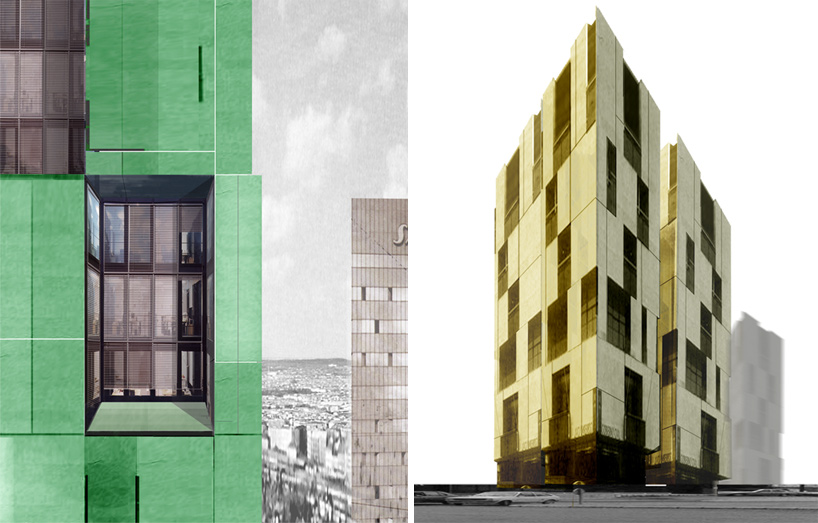 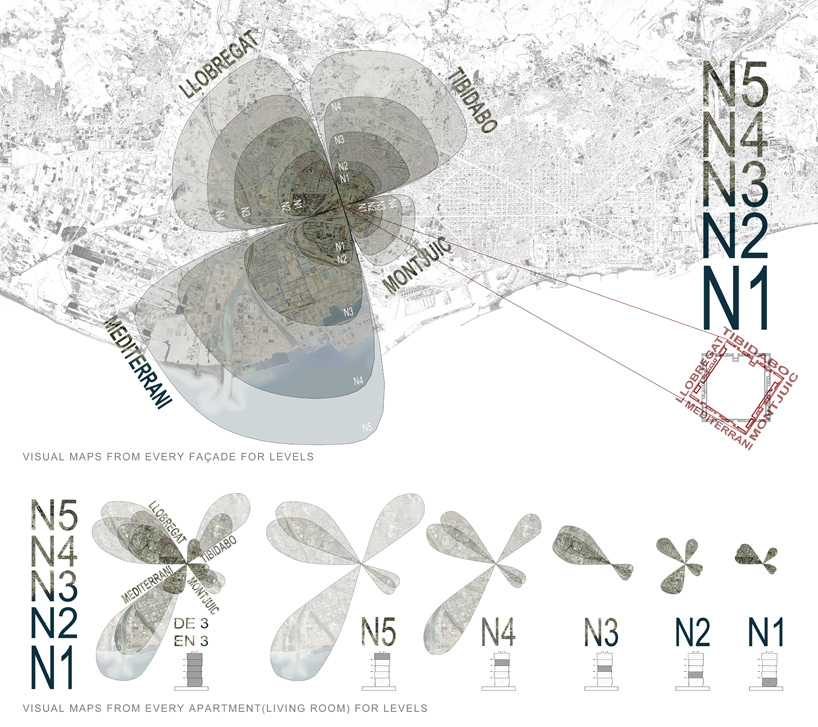 views for each storey 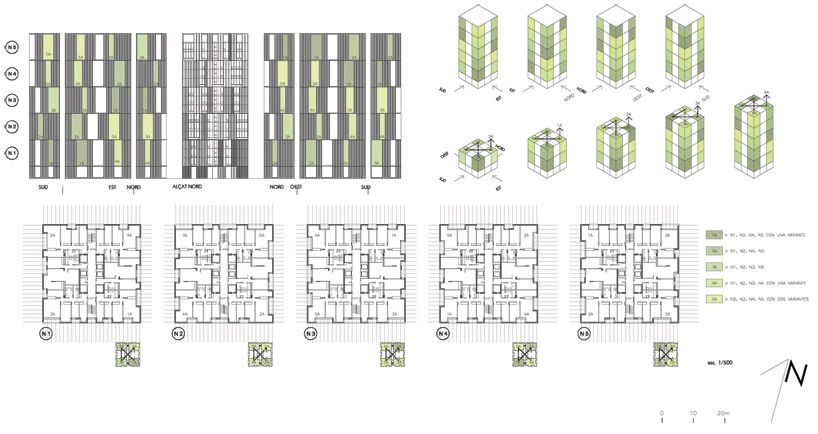 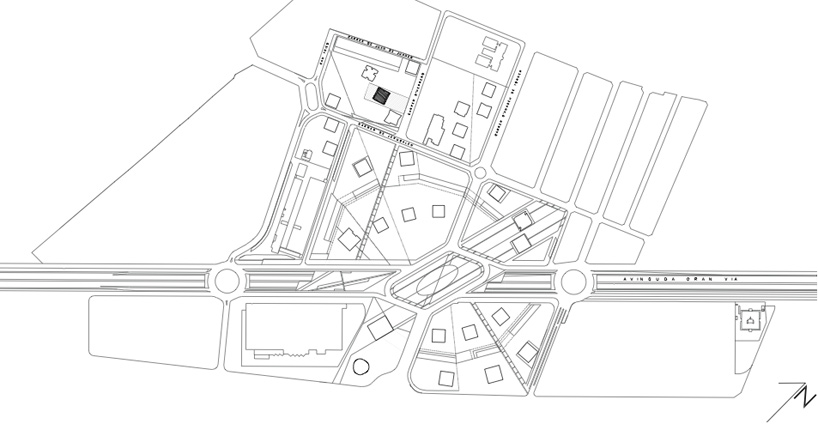 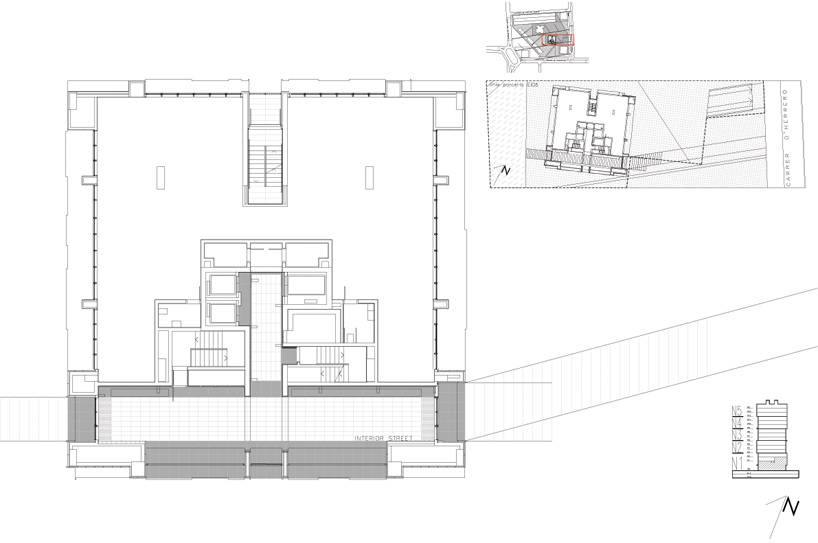 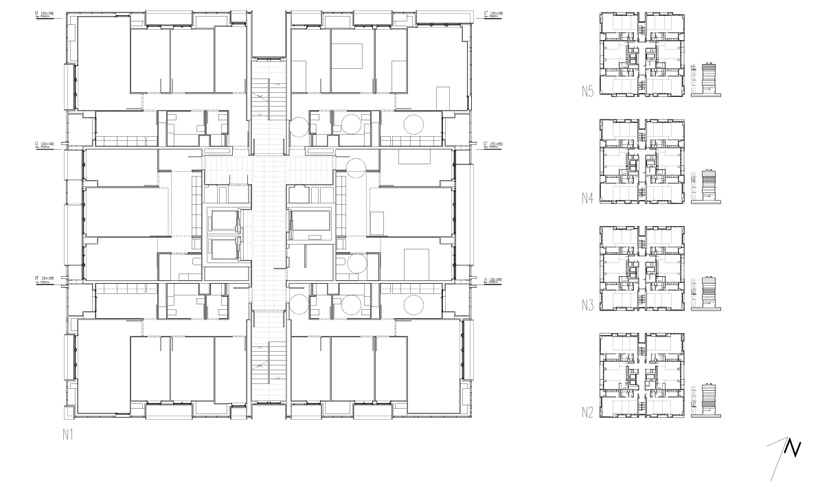 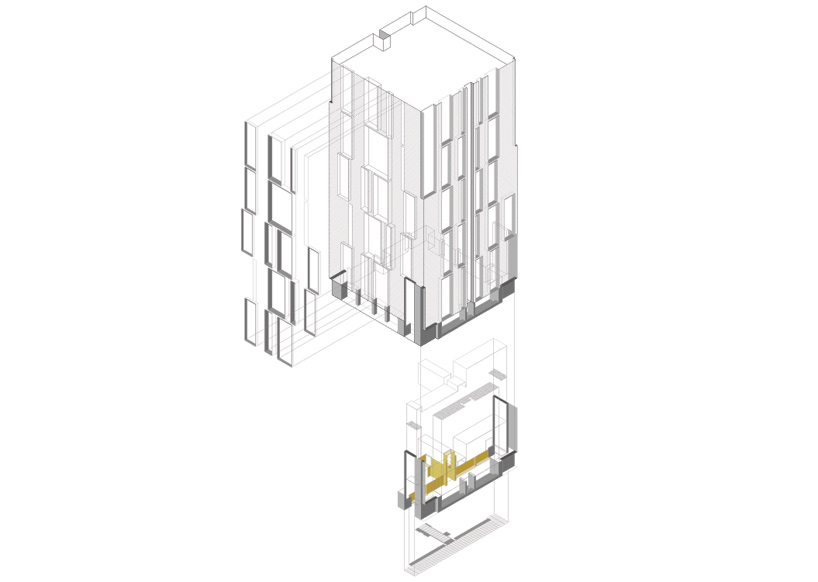