roman vlasov looks toward a rocky, coastal cliff to envision his concept 439 house. the dwelling marks a continued exploration of monumental interventions in a natural context.  here, the architecture negotiates between the quiet stillness of the water and the towering, textural rocks. the house emerges from between the landforms, cantilevering out with exaggerated horizontality. it seems to float between the two elements, barely touching both the water and the land. the architect manages to introduce a monumental form into nature without disrupting it. 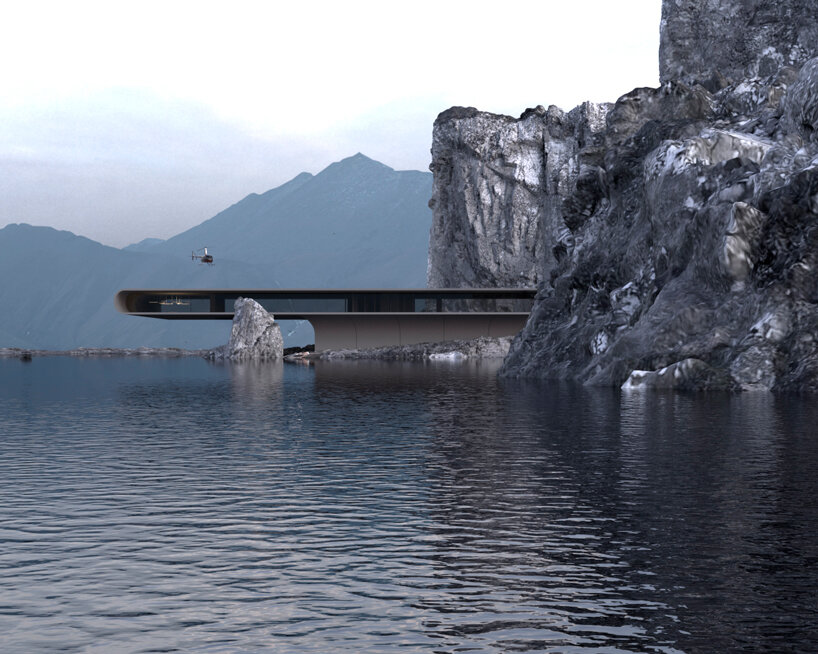 with its dramatic span, roman vlasov’s concept 439 suggests an extension of the horizon beneath the distant mountains. this conceptual work of architecture is an alternative to his putin house which is defined by its extreme verticality and inhuman scale emerging from the forested slope below. like the putin house, the functions of this concept dwelling are organized across a single level and suggest a minimal footprint and physical impact on the landscape. 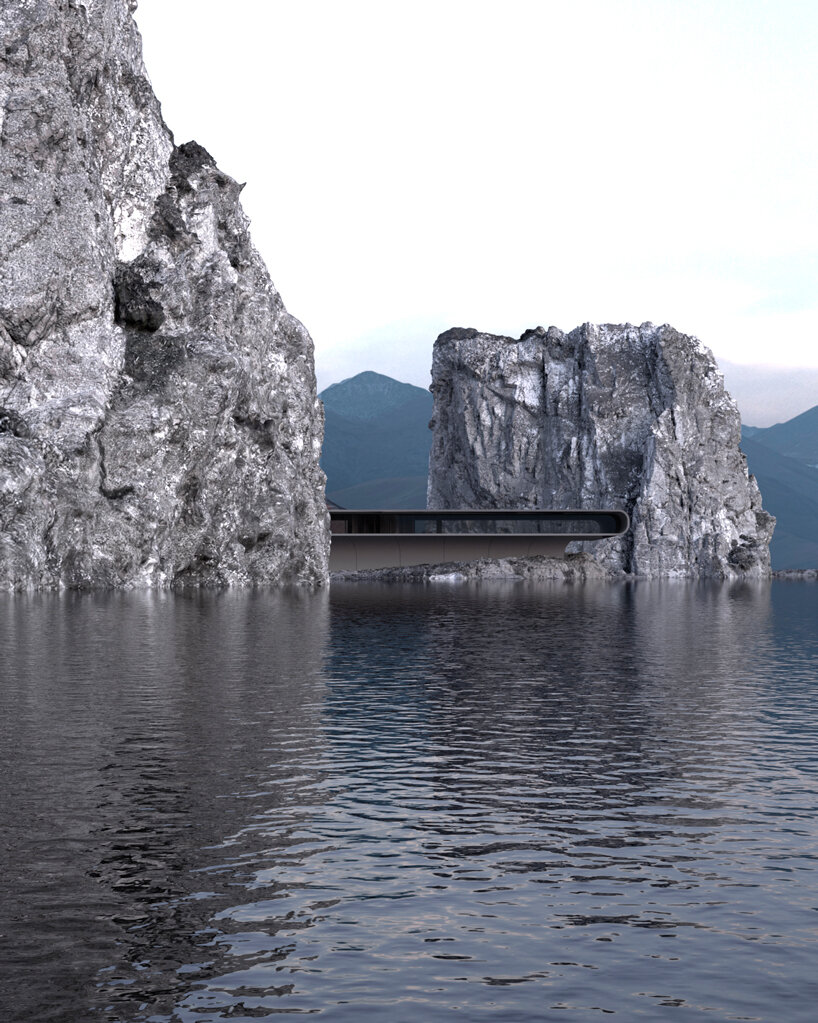 the architecture negotiates between the quiet water and the textural rocks 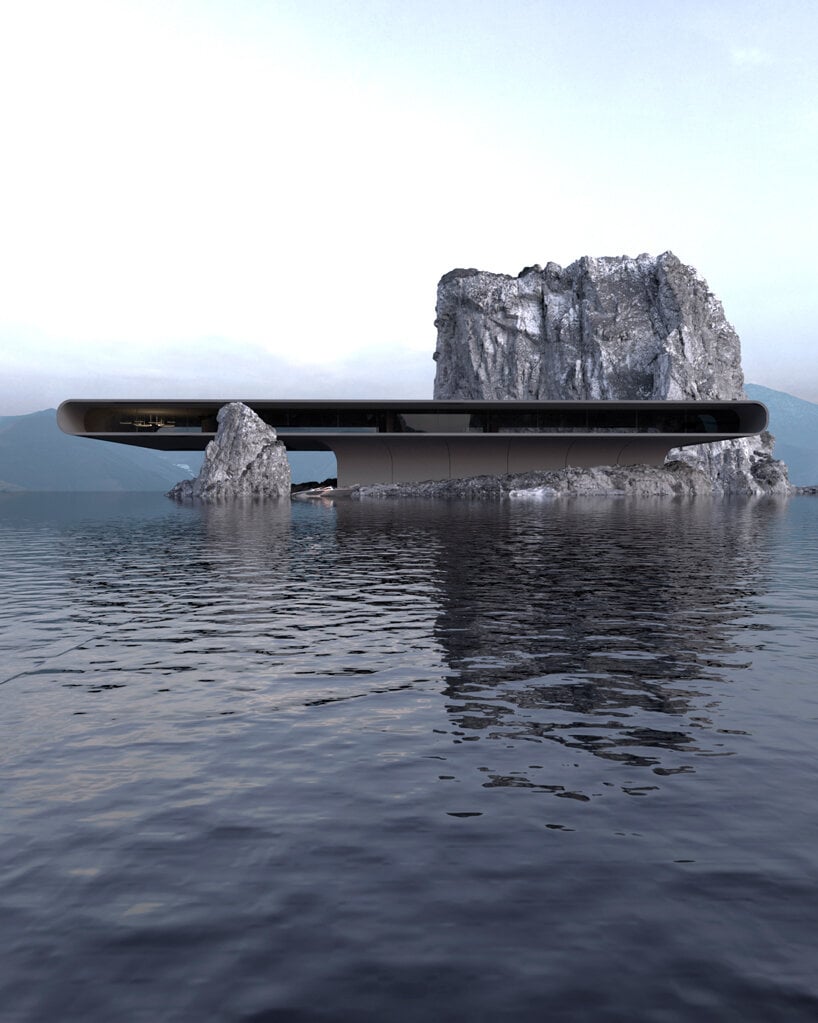 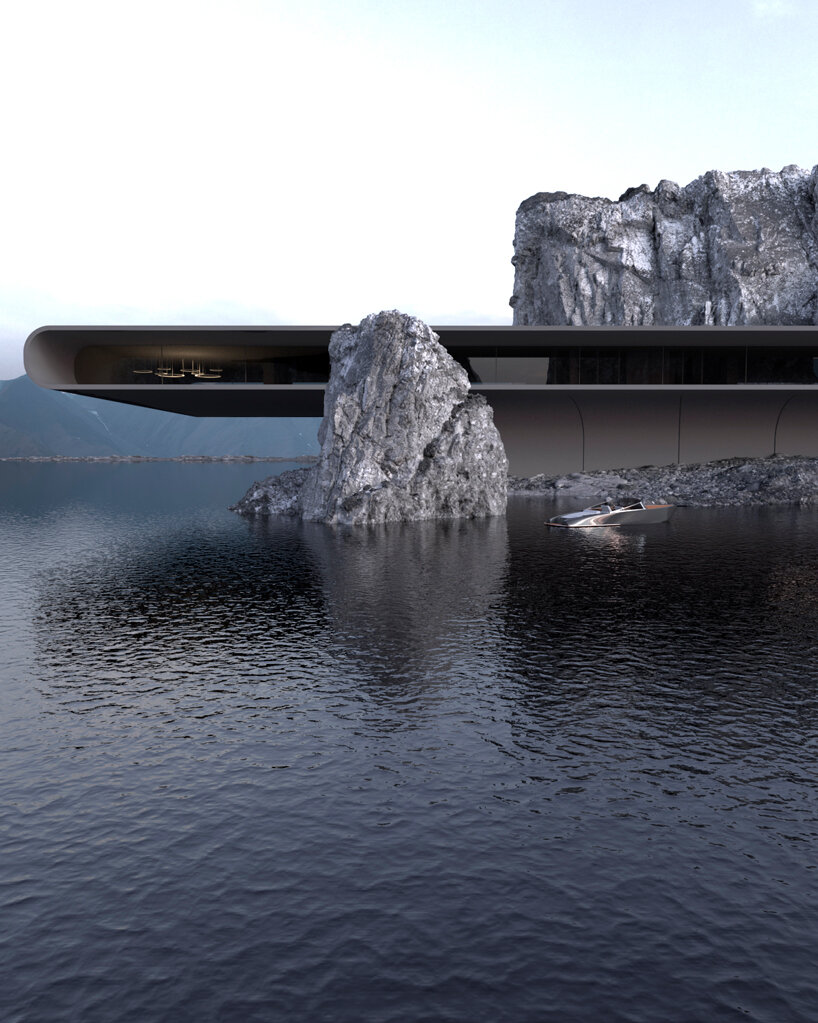 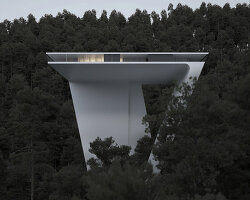 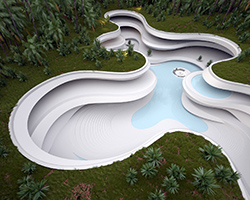