on january 31st, 2010 following four years of construction, the design museum holon by ron arad architects, will be inaugurated.

the design museum holon is arad’s first architecture project of this scale. constructed of five sinuous bands of varying shades of COR-TEN(weathered steel), the overall mission of the institution is to explore the impact of design and its relation to urban spaces and everyday life. the new museum will join holon’s mediatheque, a cultural centre which includes the national cartoon museum, repertoire theatre with original productions, cinematheque, material and public library. the project was initiated by holon’s mayor mr. motti sasson and managing director, ms. hana hertsman who invited ron arad to create the iconic building. ron arad architects has been invovled in the project from the program development stage through to the conceptual stage to building completion. 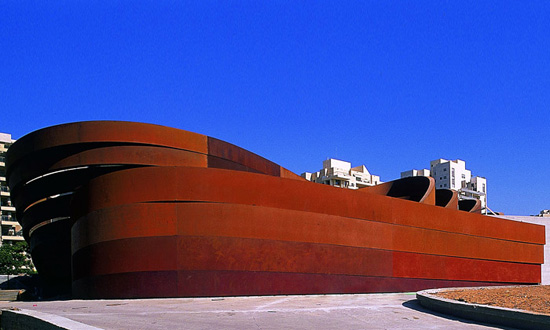 design museum holon from the outside

‘holon is a city which is re-inventing itself culturally, with ambitious plans that are investing a lot into culture. the concept of this museum in the middle eastern sun is just one instance. the city was brave enough to give ron arad architects the design task and I hope that it is received well by the municipality and the public.’ – RA 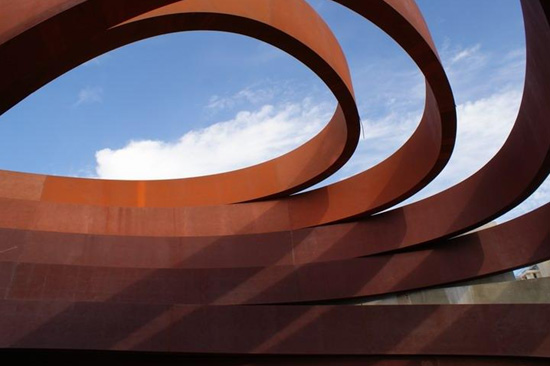 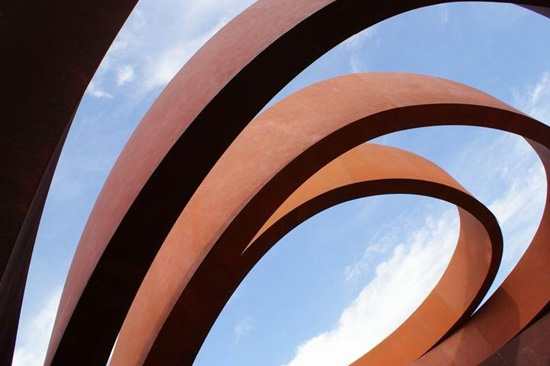 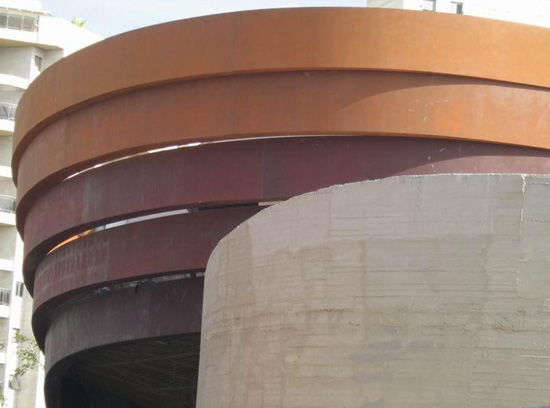 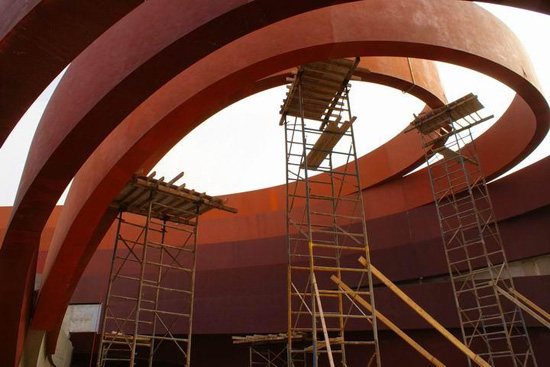 ron arad’s design for the museum, demonstrates an sculptural approach, combining ingenuous and playful functionality with highly visual design. in reference to his approach he says: ‘every project is unique; each one invites a different response. when we started working on design museum holon, it was like a white canvas, things developed and a direction was formed. we created a hierarchy of outdoor spaces so you walk in under the building into a semi-covered yard, where you have a choice to take the air-conditioned route or one exposed to the elements. the building envelope is not just a pretty space; it’s also a structure.’ 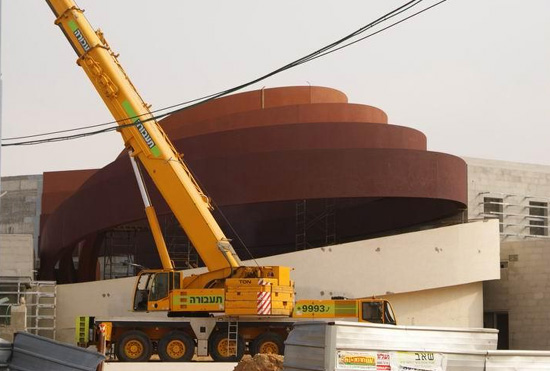 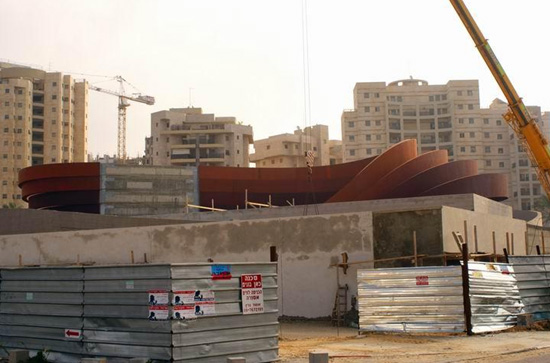 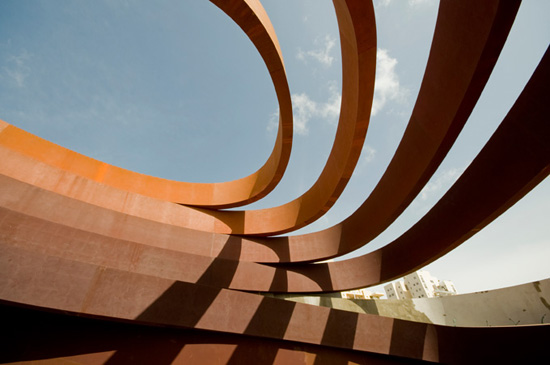 the museum is comprised of two primary galleries and a number of alternative exhibition and education spaces. the upper gallery (500m²) celebrates the abundance of natural light in israel and the qualities it can bring to the display of three-dimensional objects, while allowing curatorial flexibility through modulating light levels. the smaller, lower gallery, (250m²) is taller inside but offers a more intimate, personal relationship between the visitor and the objects on display.

‘working together from such an early stage of development has enabled us to find answers to the question of the relationship between curatorial space and public circulation. we were able to capitalise on the potential space between the curves of the bands so that all the surfaces around the galleries and public facilities would fit comfortably in and in many cases, created bonus galleries. the bands form a visual key that carries visitors into the building, through it and then out; the bands instantly become a string that ties the whole building together inside and out,’ says asa bruno, supervising architect. 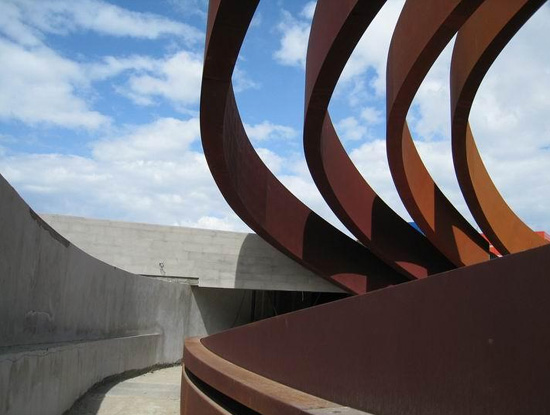 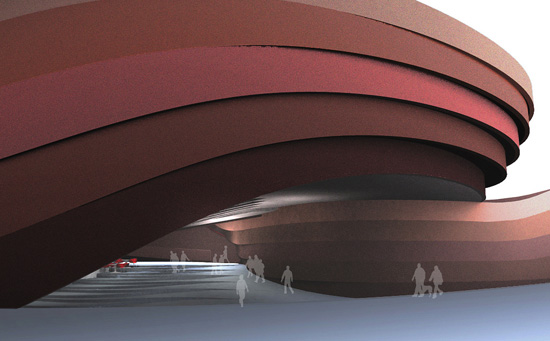 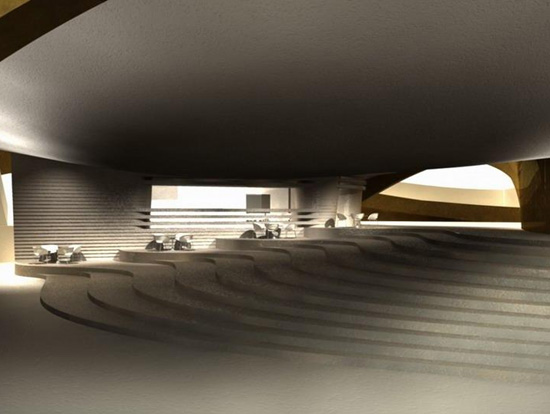 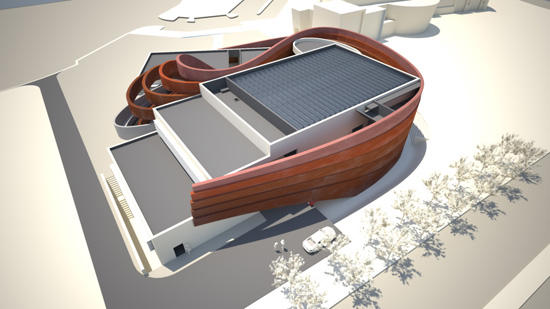 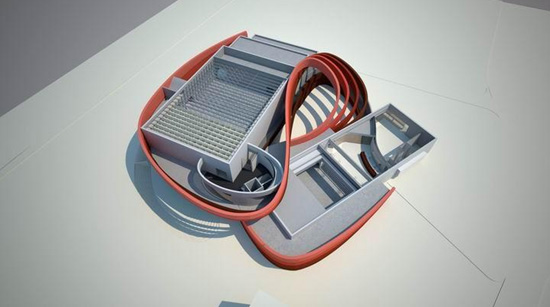 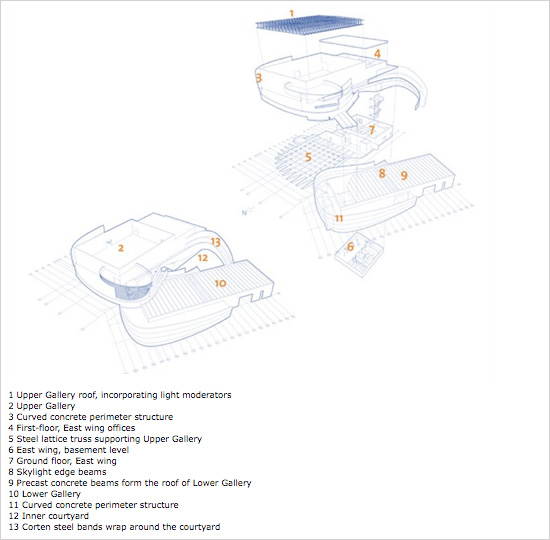 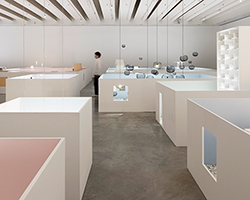 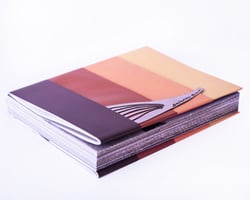 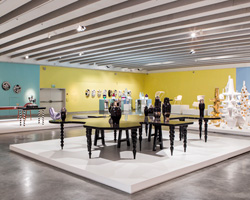