ron arad architects were invited in mid 2006 to design and develop a new luxury apartment building, situated along the northern reaches of the seafronting ha-yarkon street in tel aviv, israel. it was announced earlier this week that construction of the project will commence by the end of this year.

the site occupies a 1,100m2 ‘L-shaped lot on the corner of ha-yarkon and am-israel-chai streets, and is arranged on a generally east-westerly axis, flanked to the west by ha-yarkon street and the sea promenade beyond.

from a very early stage in the building’s design, it was clear that one of the biggest challenges would be to preserve and maximise the sea-facing façade for each individual apartment, in order to secure an unsurpassed view of the sea, even from the lower floors. in order to achieve this, it was decided that no two apartments would share the front (west) facade, and that each and every apartment, as well as the building as a whole would be designed in such a way as to celebrate the potential and individuality of each apartment. 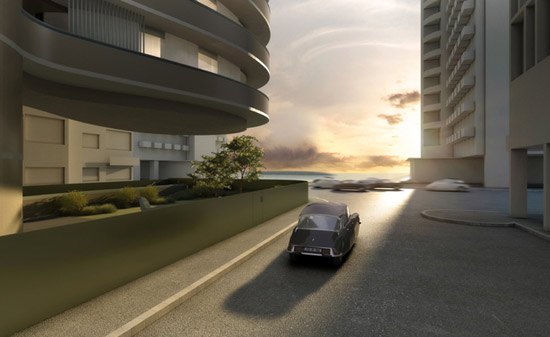 the arrangement of the building initially took the form of a column of alternating/staggered volumes, each providing either a sea-facing terrace, or a sea facing accommodation, and in such a way granting every apartment full enjoyment of the site. while this arrangement utilised the site’s contextual potential, this proved to be less economic in its use of the available floor area for development. the conceptual development of the design then went through various interpretations and permutations of the initial scheme, finally to arrive at the current ‘three-cone scheme’. 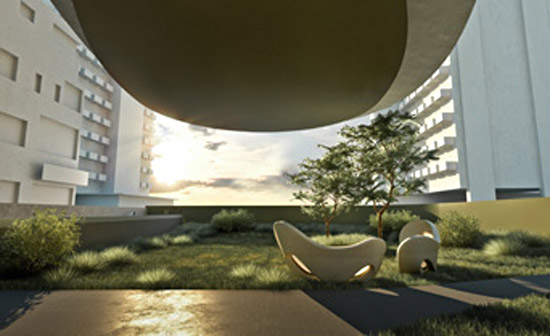 the division of the ‘three cones’ caters for a spacious arrangement of accommodation at every level of the building, from the basements to the rooftop.

the central cone forms the nucleus of the building, and contains the lift and stair core, services risers and the prerequisite communal secure rooms. the south-eastern ‘cone’ accommodates the main entrance and foyer, and together with the cantilevered western ‘cone’ provides the accommodation and public areas. the building is laid out as follows:

sixth floor – roof level  – the only level to accommodate a single apartment. two separate apartments per floor level each with its own terrace, and with a communal garden.penthouse level, with separate pavilion / studio apartment, extensive terraces in all directions and private access to roof. private swimming pool, extensive sun terrace and observation deck. also includes a fenced roof plant. 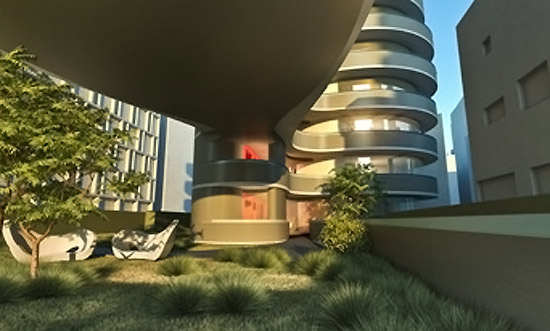 during the course of design development, three separate teams of engineers were employed to provide advice, analyse, comment, and ultimately verify the feasibility of this ambitious structural concept. the challenge of facilitating the 20m cantilever was compounded by the architects wish for the structure to interfere as little as possible with the internal arrangement of apartments. therefore earlier solutions involving diagonal cable braces and cage-like column arrangements were abandoned in favour of innovative post-tensioning cables buried within the concrete throughout the building. additionally, a deep transfer structure embedded within the second floor slab and a deep lateral beam at roof level, form the lower and upper limits of a compressed structural system, transferring loads via the monolithic concrete shells which form the back of each apartment. 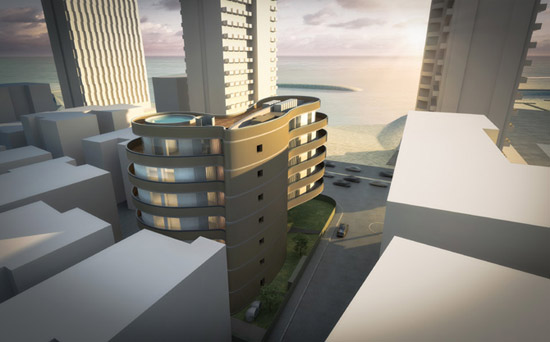 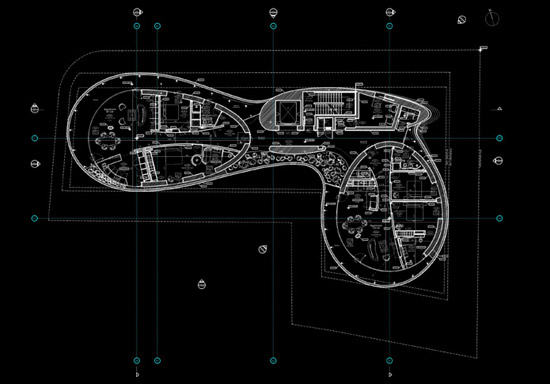