gerhard wittl founded german architecture firm room code in 2007 and has since accumulated a solid list of projects nationally and internationally. in 2014, he was approached with the renovation of ‘restaurant hummel’ in regensburg, germany. the design brief wanted an intense focus on the food, and nothing else. the space needed to be distraction free, and paired with a limited budget and only eight weeks to finish, it was sure to be a challenge. 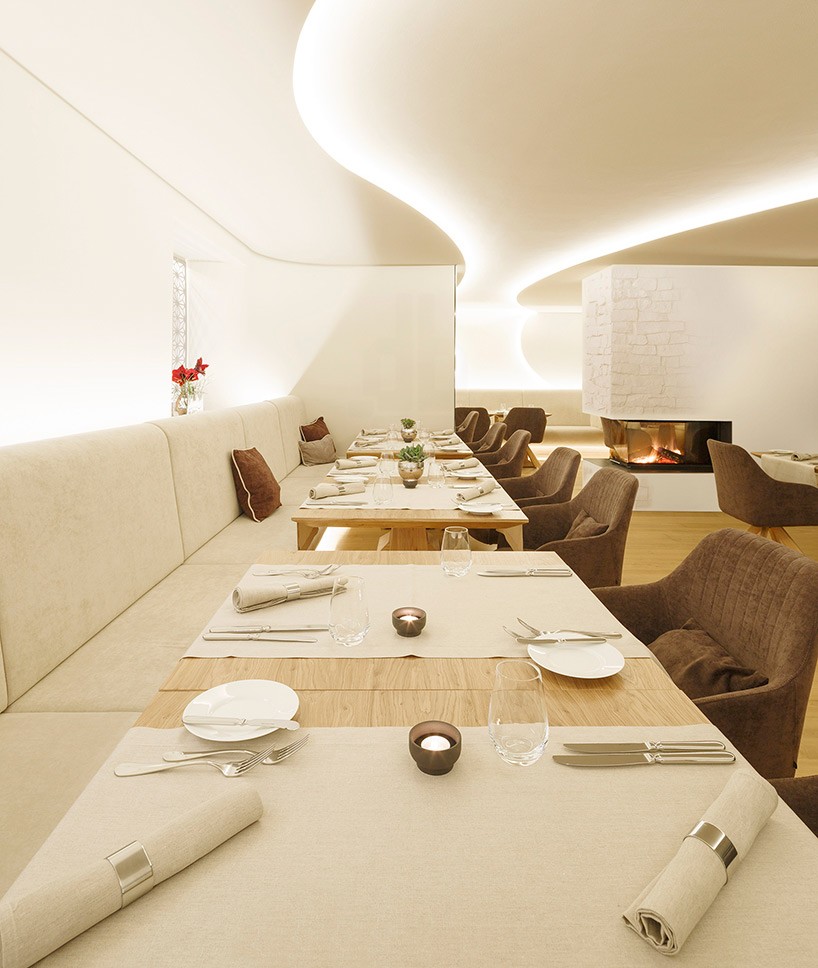 in the foyer, wittl chose to revitalize the original architectural elements from their origin of approximately 1850. the renovated archways lead into the space, which is dominated by large, blurred organic forms. glass surfaces and linens fabrics contrast with predominately rough materials used like crushed stone and hard-wood flooring. there is no direct light in the dining room, instead fixtures are embedded within or hidden behind various surfaces. the entire project, including sanitary facilities and electrical engineering was completed for €140,000. 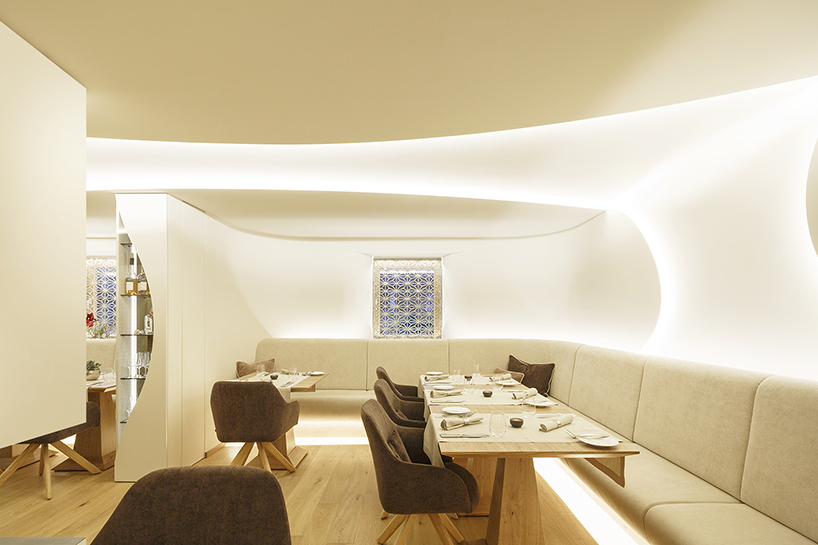 the entire renovation took place in eight weeks, during which time the restaurant remained open 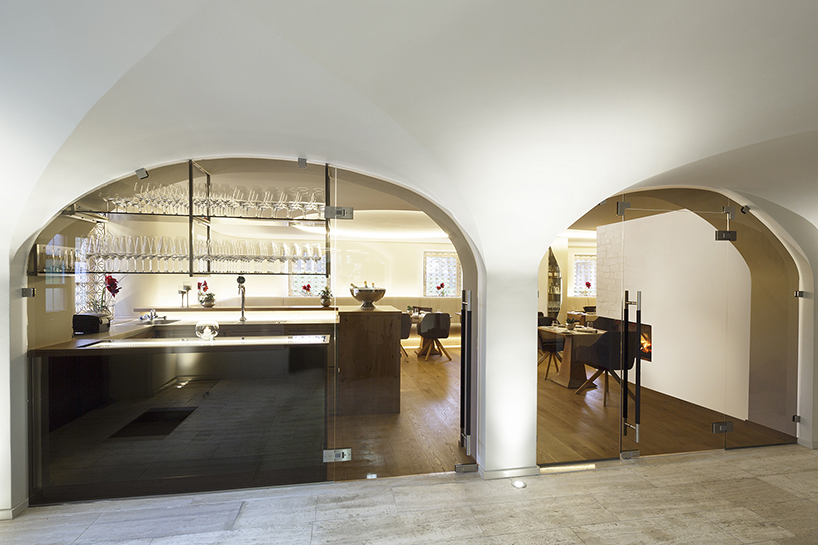