from one of the world’s most innovative sports and entertainment architecture firms comes a revolutionary concept that turns thousands of years of arena design convention inside-out: the inverted bowl by ROSSETTI. ‘traditionally, upper bowl seats provide a sub-par experience because they are so far removed from the action,’ said president matt rossetti. ‘with the inverted bowl by ROSSETTI, we transform live entertainment by providing unsurpassed views and experiences to every fan in attendance in every seat of the arena.’ 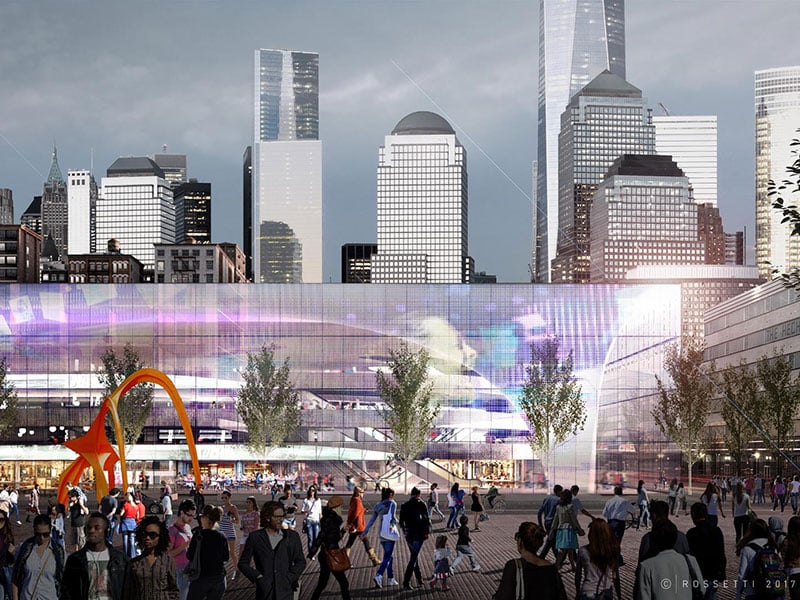 instead of sloping away, the inverted bowl designed by detroit based studio ROSSETTI leans in with thrilling balcony seating that catapults viewers closer to the action for unparalleled, broadcast quality views that are as much as 50 percent closer, turning the worst seats in the house into the best viewing areas. the design also eliminates single-use circulation concourses that are isolated from the bowl by creating animated and vibrant balcony seating and social spaces. the four balconies will feature diverse entertainment, such as full wall digital media screens and creative food and beverage options that promote social interactions and engagement. 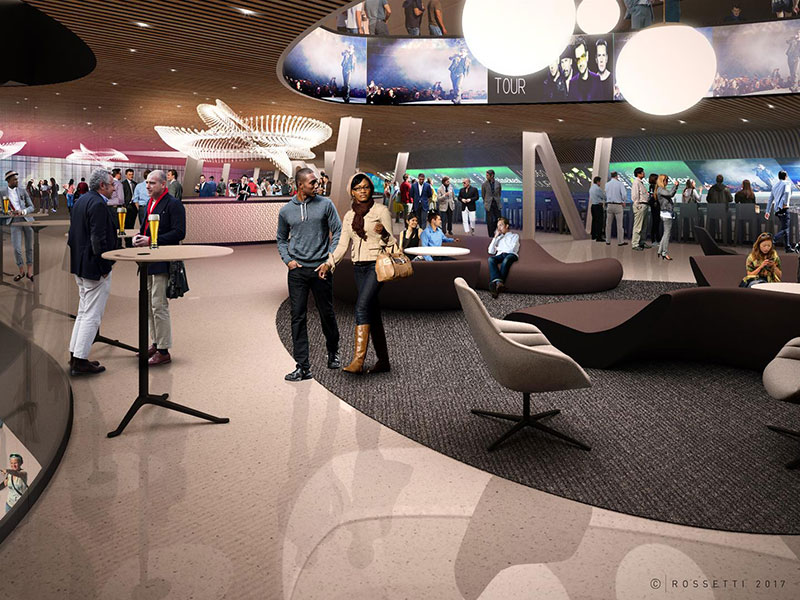 with a focus on high-tech engagement throughout the arena, the opportunities for interactive fan touchpoints are unlimited. the result is a live entertainment experience unlike any other: a concept that immerses fans in the action and quite literally transforms venue design. ‘this design gives sports and entertainment venues a long-overdue transformation and creates something that not only brings fans closer to the action and offers a more continuous, immersive experience, but also reduces the overall footprint of the arena, makes it less costly to build and increases revenue projections. the inverted bowl will change how arenas are designed for decades to come,‘ said matt rossetti. 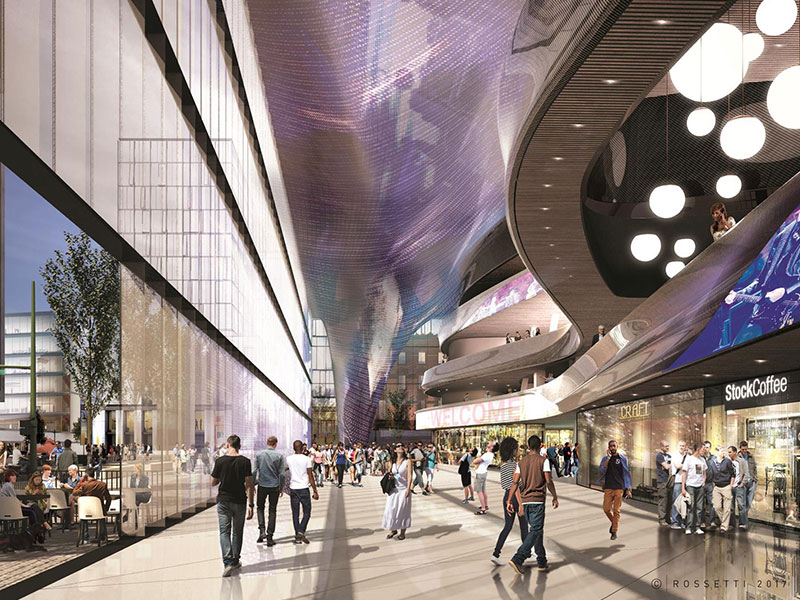 ROSSETTI, which has a strong history of architectural innovation, conducted more than seven years of design and feasibility research on the inverted bowl—a design that has never been done before—including vetting by structural engineering firm, entuitive, and several construction firms. the companies have formally studied the concept for initial costing, life cycle costs and constructability. the inverted bowl may be less reliant on public funding thanks to these additional design highlights:

-a footprint that is 18 percent smaller, so it can be more easily designed into urban areas.

-a shorter overall construction period due to ease of constructability. 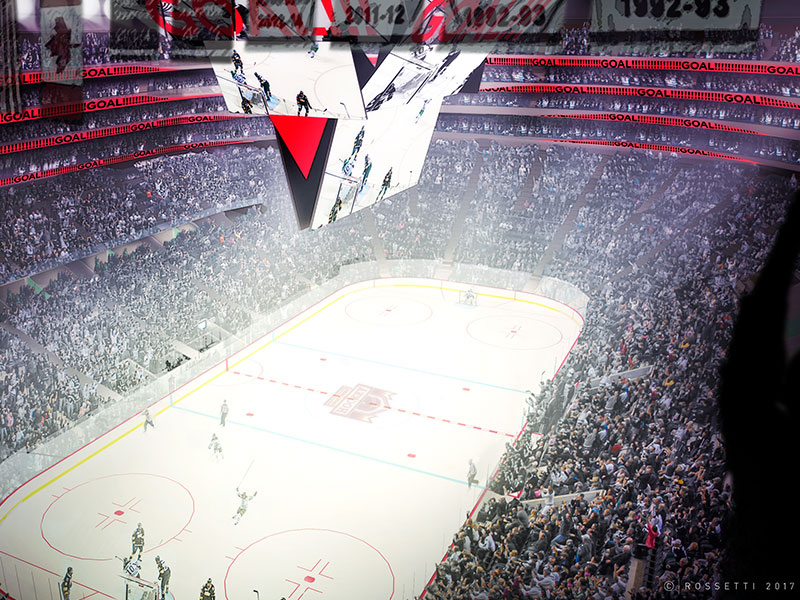 unlike traditional arena concepts, the inverted bowl is specifically designed to integrate into urban environments. it can fit within city block units because of the smaller footprint and the porous perimeters will allow for programmed spaces and integration into the city context. the arena can hold between 16,500 and 19,000 seats, which is also in line with the shifting trend toward smaller arenas that can better fit into compact urban environments. ‘with the inverted bowl by ROSSETTI, we specifically wanted to create more flexibility in a venue’s ‘real estate’ and provide owners with an adaptable solution for different types of events—from sports like hockey and basketball to e-sports and concerts—while creating new experiences for spectators,’ said matt rossetti. 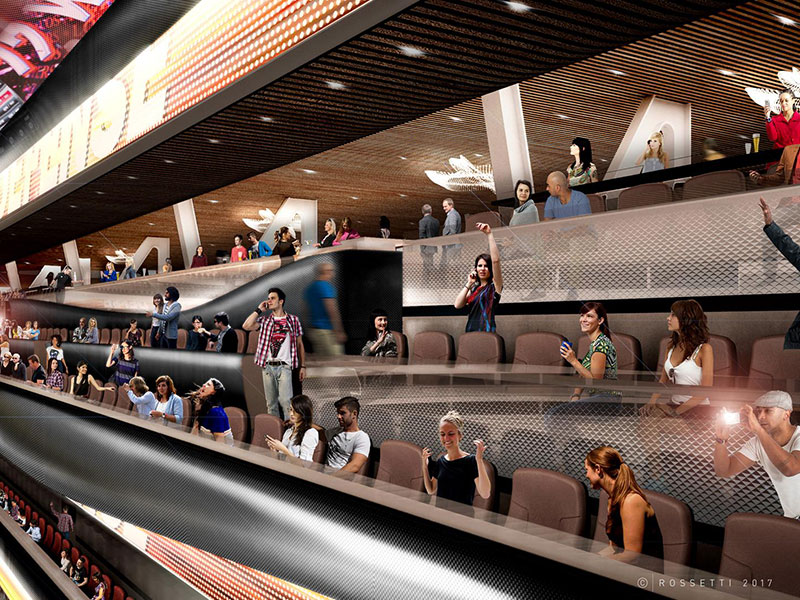 ‘after developing the idea and applying our return on design™ concepts on arena spaces through the real estate lens at first, and then through the experiential lens, we quickly realized that fans are increasingly looking for not only the freedom to move with their friends and family, but also have the ability to curate their venue experience. the inverted bowl by ROSSETTI meets both the needs of owners and fans alike,‘ according to president matt rossetti. visit inverted bowl’s website to learn more about the project and see firsthand how it will transform the live entertainment experience. 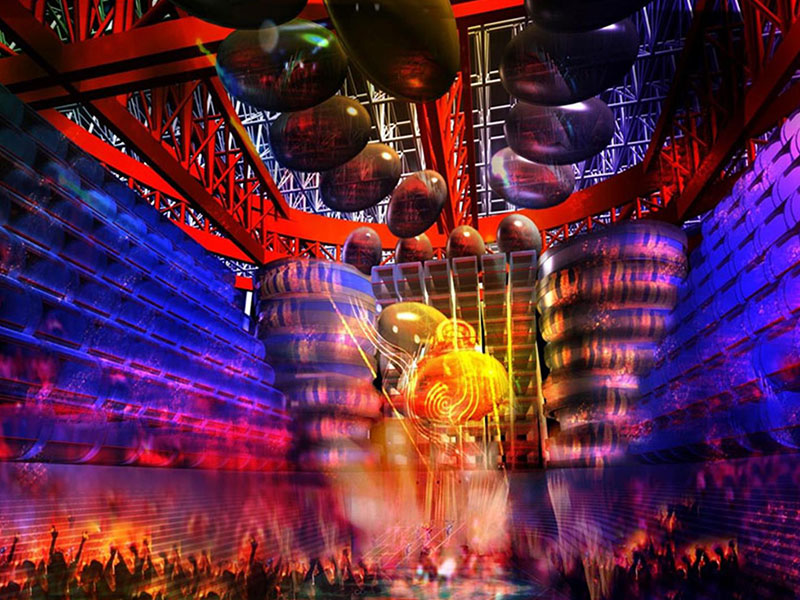 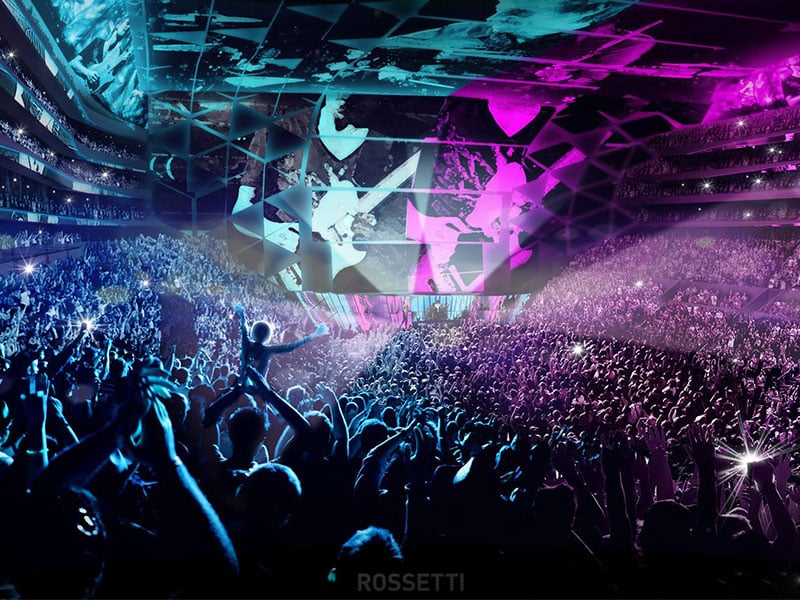