under the same ownership since the 1970s, the los angeles lakers sought design firm ROSSETTI and perkins+will’s expertise in sports planning and architecture to create their latest headquarters and training center that would embrace their legacy while looking to the future. the 121,900 sq.ft, two-story facility, currently under construction in el segundo, california provides players with a hospitality-oriented environment for practicing and working around the values defined by the team: integration, legacy, amenity and partnership. 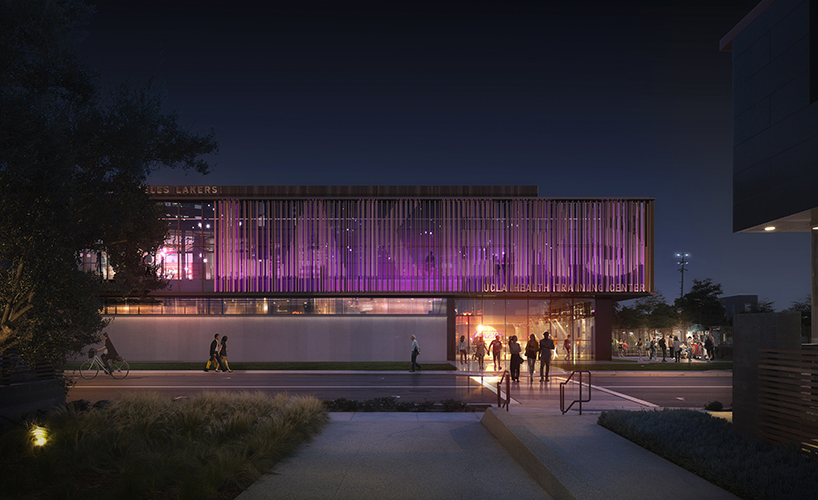 the design is currently under construction in el segundo, california

officially named the ‘UCLA health training center, home of the LA lakers‘, the design by ROSSETTI and perkins+ will rethinks conventional programming for training facilities traditionally based on a purely functional layout. furthermore it establishes a philosophy of integration between basketball operations and business operations. currently under construction, the project ‘embraces the direction a new generation of LA lakers’ leadership to operate and grow in a space that reflects their culture, values and goals’, as stated by the firm. 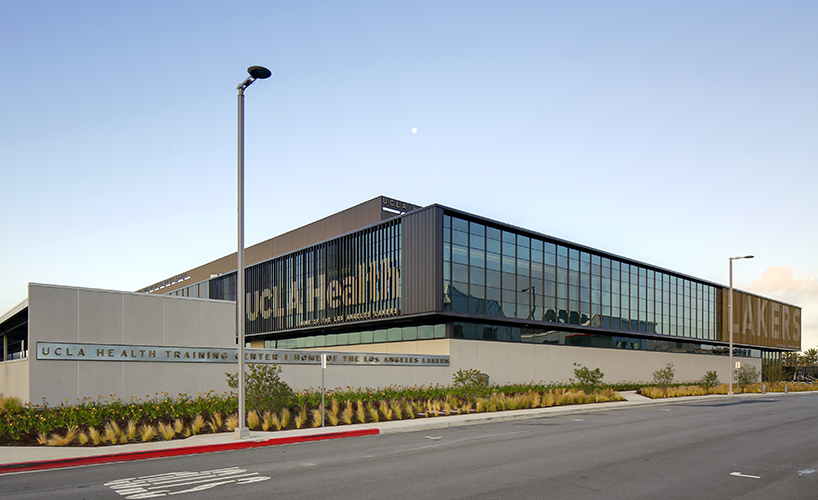 the project is officially named the ‘UCLA health training center, home of the LA lakers’

based on a domestic precedent as opposed to a corporate environment, ROSSETTI’s design creates a ‘home away from home’. spaces include a 750-seat practice and exhibition court, offices for both basketball and business operations, an executive office overlooking a two basketball courts, a weight and conditioning gym, plyometric training areas, a theater/screen room, a barbershop, a kitchen directed by a nutritionist, and a player quiet room, among others. operations, management and executive staff will work from second-floor offices and conference rooms that will have views into the ground-floor courts. the laker’s development league team, the D-fenders, will practice and play on a 750-seat exhibition court. during D-league games, the public will enter from the southwest corner of the building into an exhibit gallery that will feature artwork and other community activities. 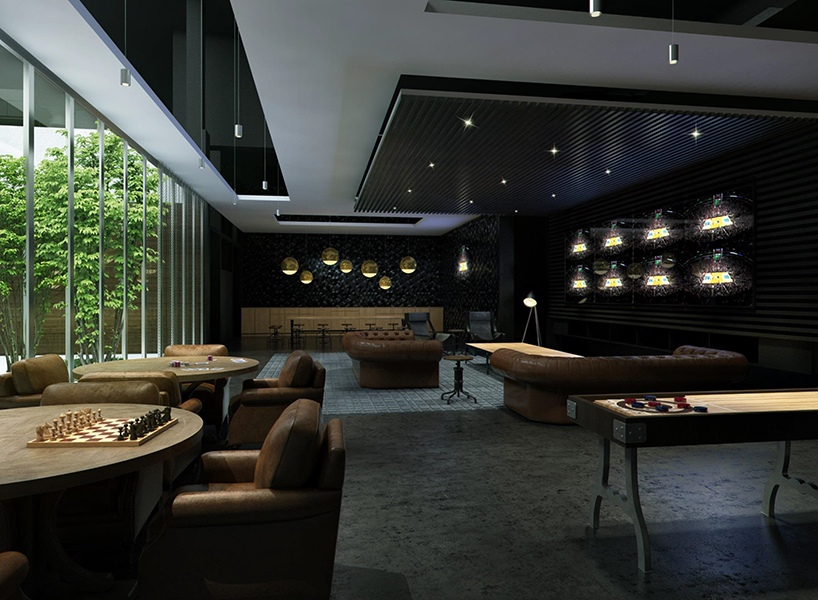 based on a domestic precedent, ROSSETTI’s design creates a ‘home away from home’

finally, the interplay of transparency and light between floors, connective program to integrate the franchise, program for public and private functions, and domestic-oriented player amenities will set a new standard for the lakers’ home. this will dovetail with the organization’s culture and values as it strives to develop a new basketball legacy. the facility is scheduled to open august, 2017. 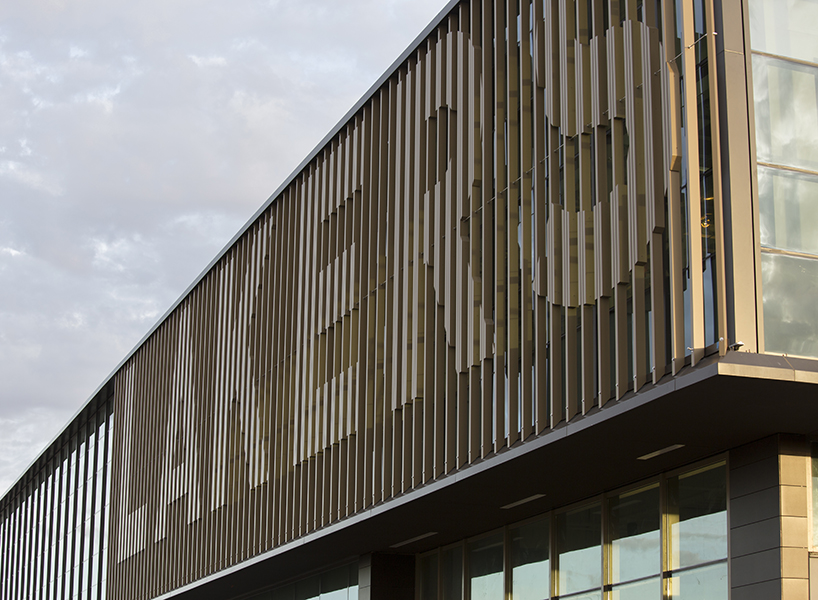 276 vertical fins surround the facility, designed to imagine the individuals who had come before 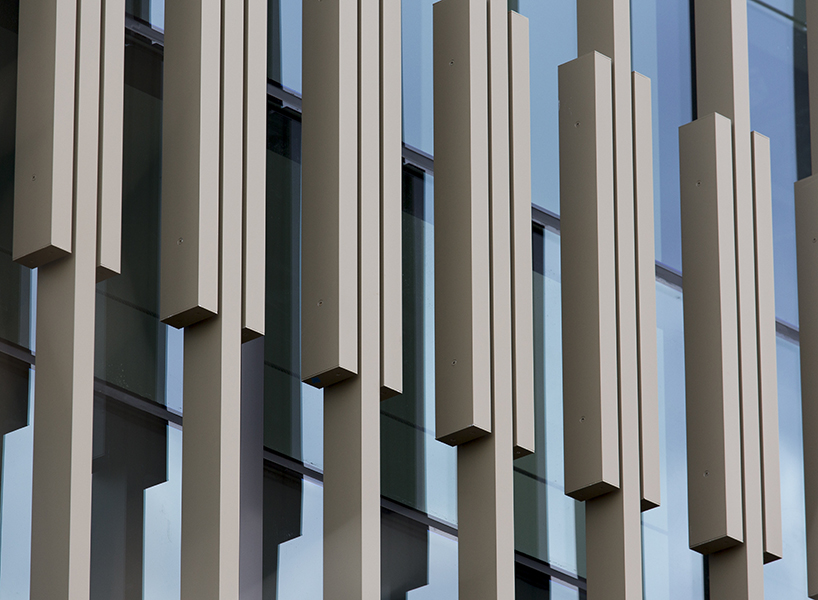 each fin is 2 x 4 ft and approximately 18’ tall, providing light and visibility into and out of the facility 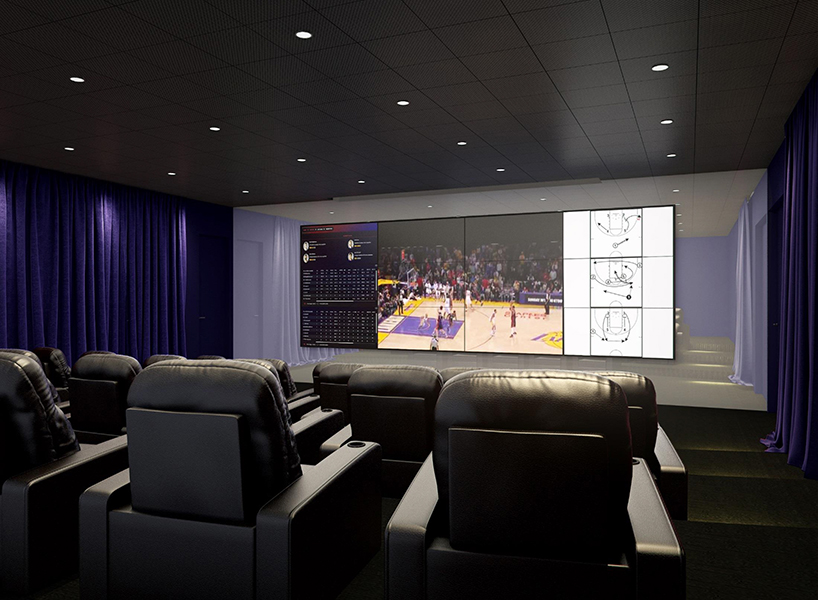 inside, the space integrates operations of basketball and business 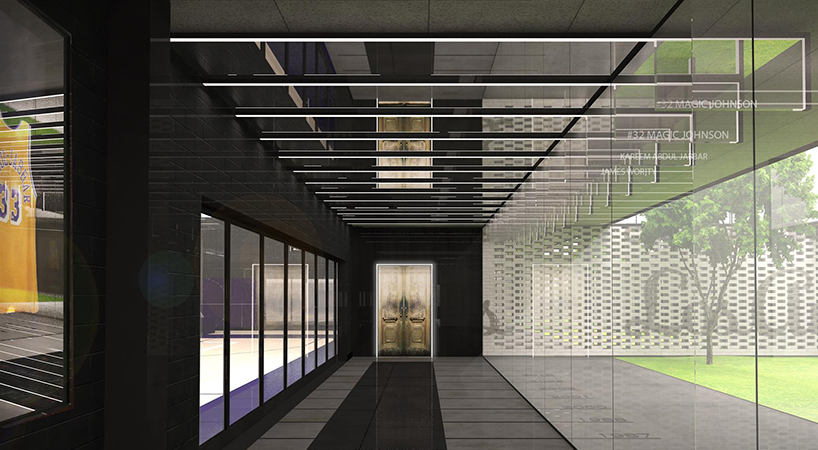 players will walk past the hall of fame, towards a gold door at the entry 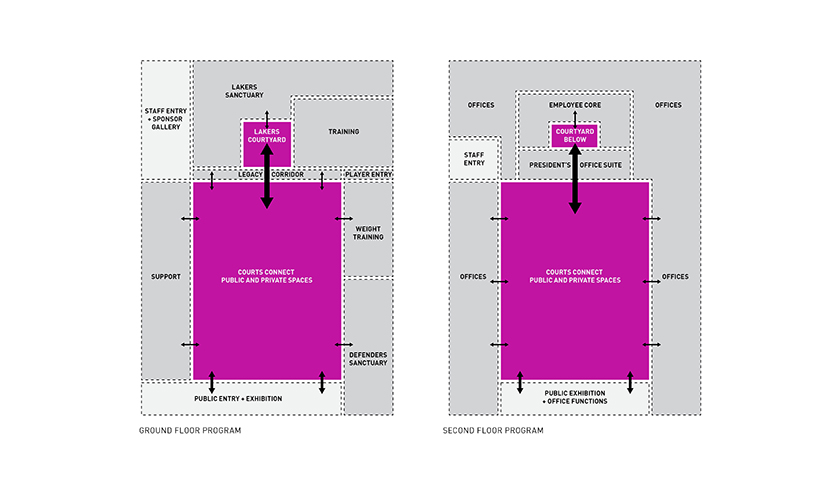 operations, management and executive staff will work from second-floor offices 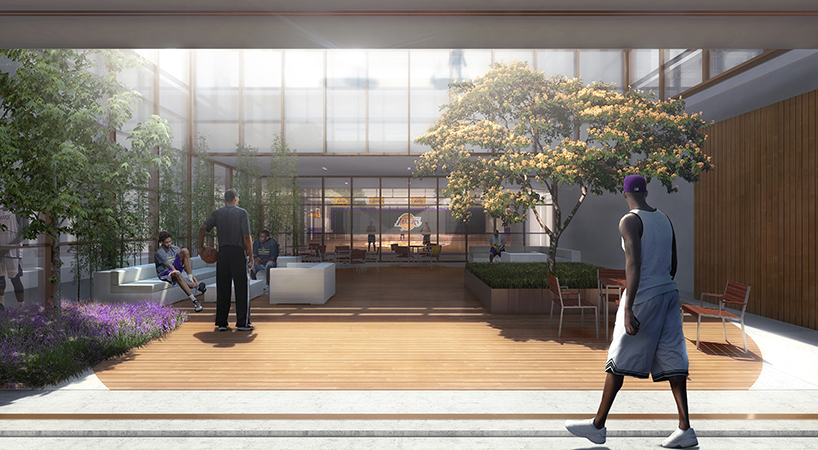