italy-based architectural firm DEMOGO, introduces ‘new fanton bivouac,’ a protective shell at high altitude, taking shape as a rough-hewn inclined cabin that inhabits the marmarole saddle in the belluno dolomites, in italy. anchored in a wild and inaccessible mountain range, a boundless space at 2667 meters above sea level, its fiberglass body bends vigorously along the cliff giving the impression that will roll down in the void at any moment. the visitor is overwhelmed emotionally with opposing instincts; the desire to explore and move in this expanded space and the need to protect oneself and take refuge, rediscovering a human dimension. 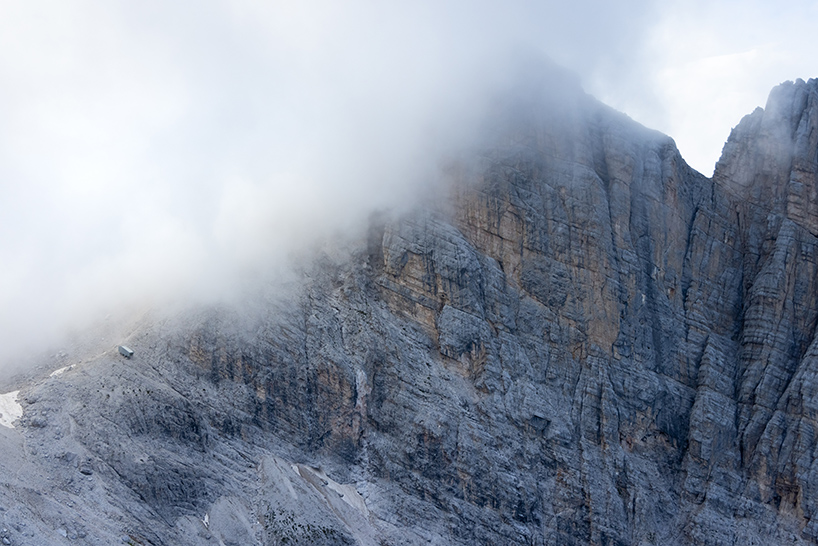 all images courtesy of DEMOGO

among the rocks, light, wind, and snow

living inside of it feels like placing oneself between the lenses of a telescope seeking to frame the space, circumscribe it, and find a connection between man and the environment. ‘the bivouac fanton is a project of proportions between absolute and measure, a minute work that finds its dimension in the possibility of perceptive amplification,’  said DEMOGO (see more here).

inside, the cabin is clad in wood in an attempt to soften the impact of wild nature. the glass fibre which thickens layer by layer serves as a second skin that becomes shell and structure together. externally, takes form as a rough box suspended on a cliff, giving the feeling that stretches out into the void. a wide window provides visitors with extensive views opening towards the mesmerizing scenery, as everything seems to expand in the perception of the extended space. 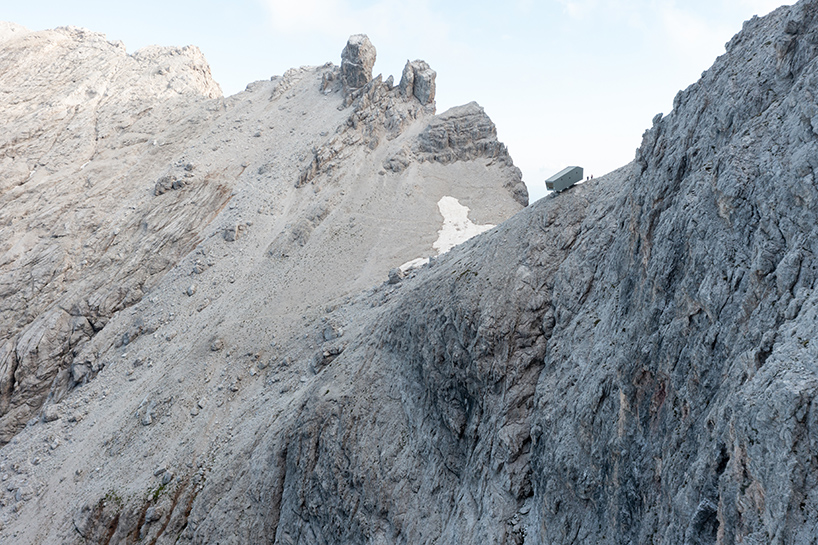 ‘crushed by the greatness of an absolute landscape’

the project is characterized by the strongly inclined silhouette that adapts itself to the orography of the marmarole. ‘a section that maintains its strong value in the internal space, becoming its generating element, organizing the internal space upwards following it along the longitudinal axis, generating an axis that connects the site and the auronzo valley.’

‘measuring oneself, measuring space, losing oneself, losing spatial dimension, finding one’s own habitat, resisting, flexing, anchoring, varying perception, extending outside, tilting, reacting, accumulating dilations and contractions, allowing oneself to be transported, disappearing in the snow, being swept by the wind, adapting as a body subjected to high altitude, becoming architecture and ceasing to be it, crushed by the greatness of an absolute landscape.’ 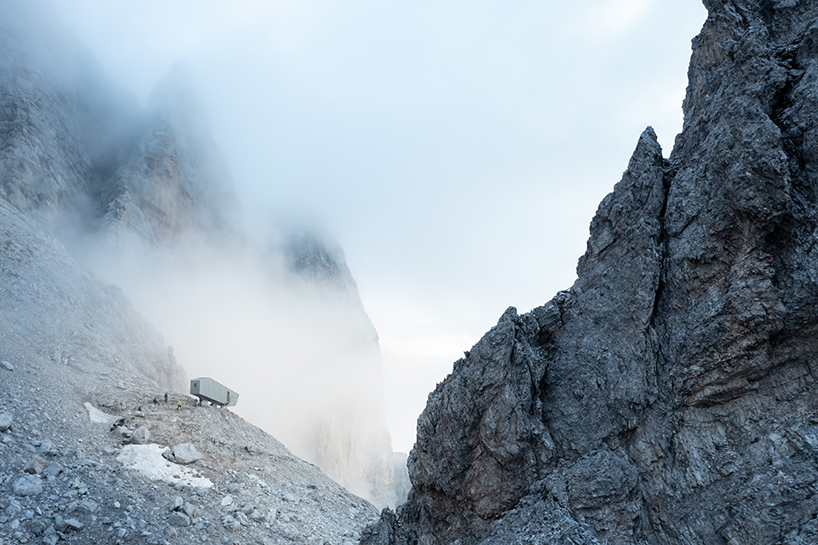 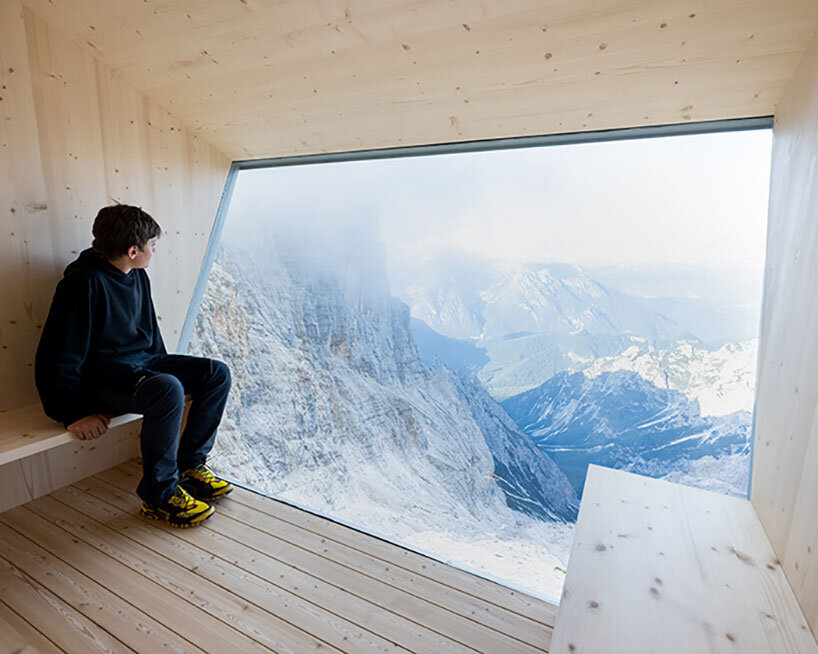 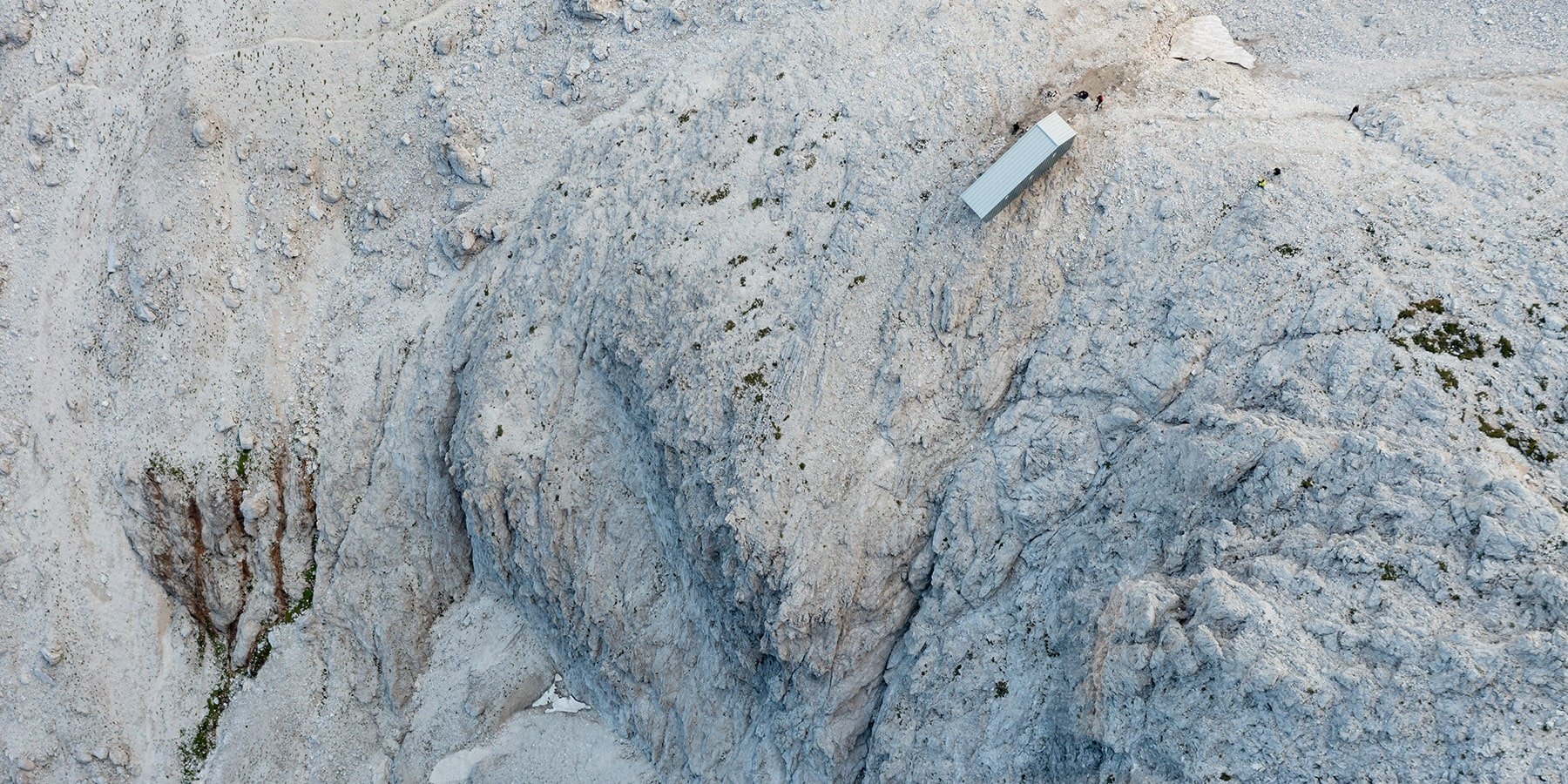 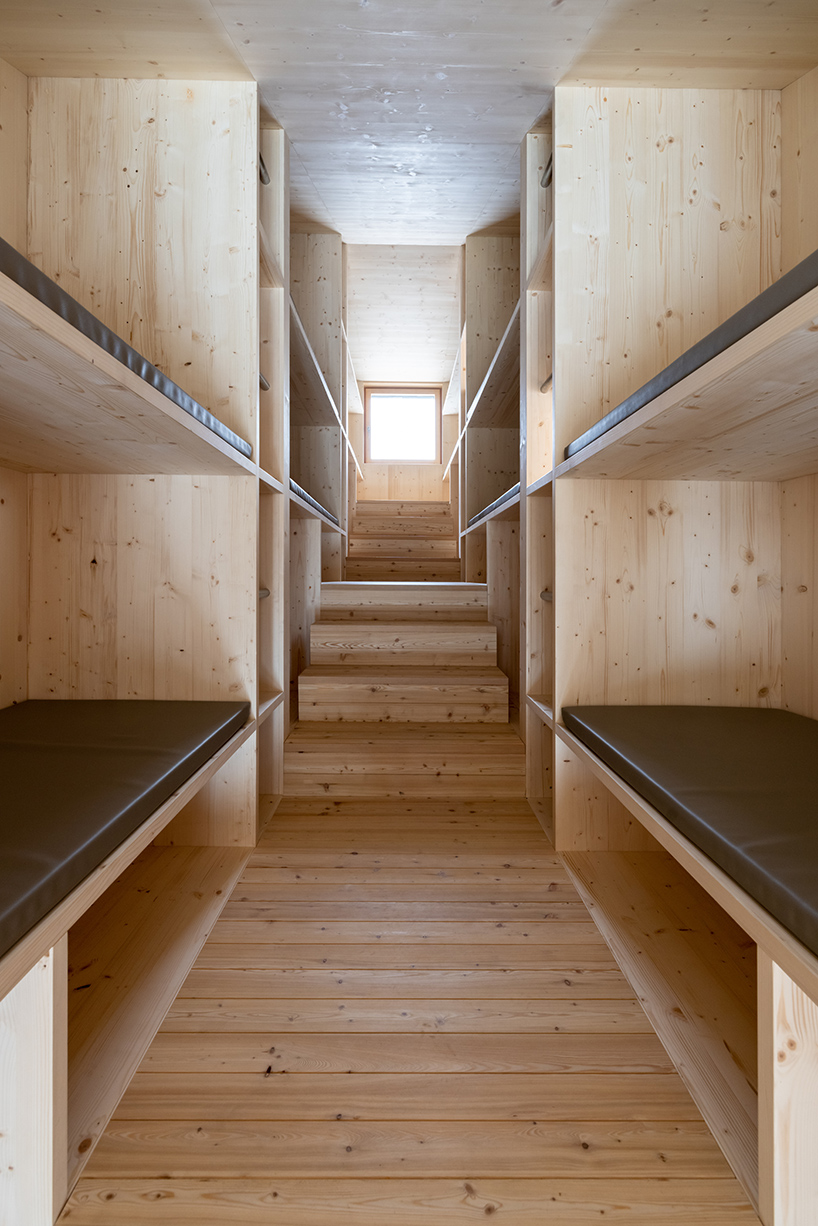 an unstable equilibrium, which is substantiated in the internal space of the project 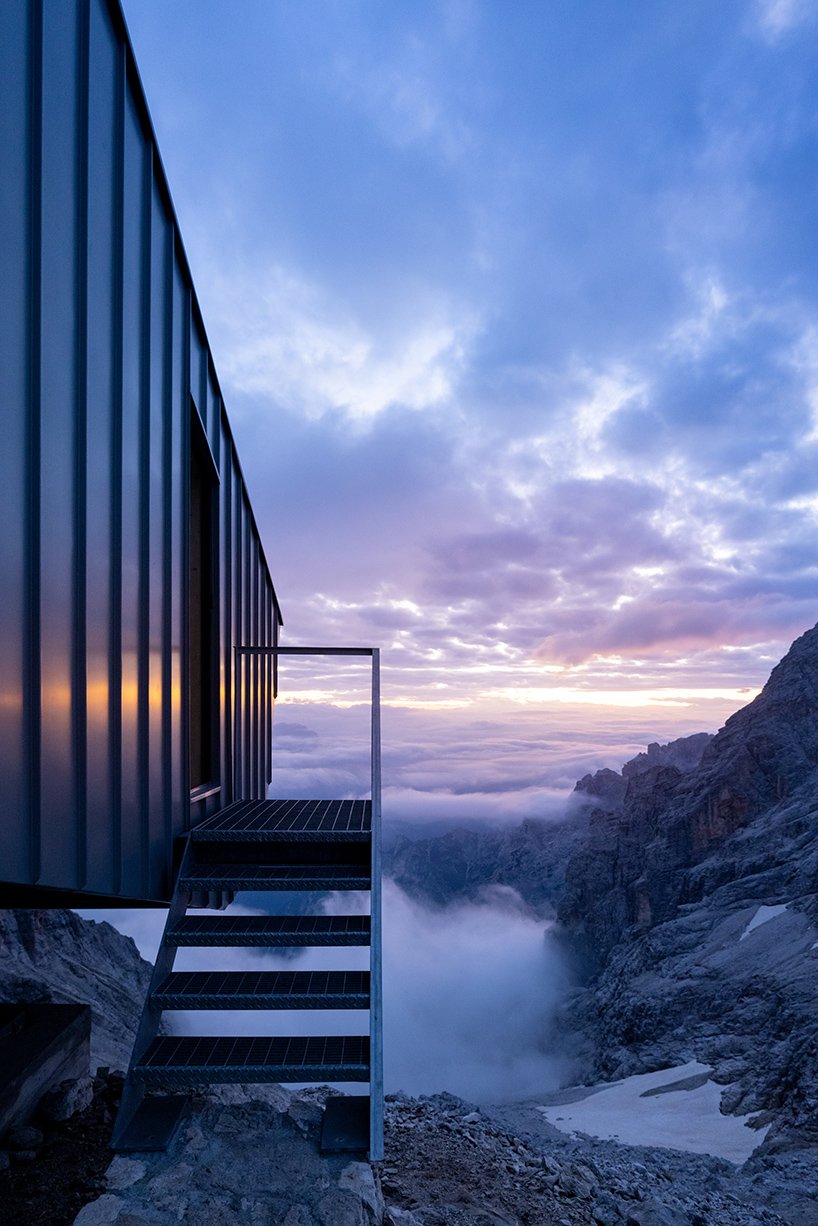 its fiberglass body draws a visual tracer, an attempt to amplify and frame the landscape 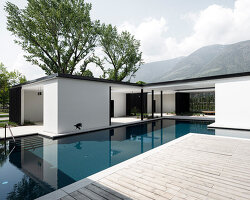 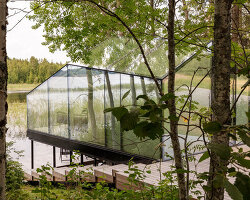 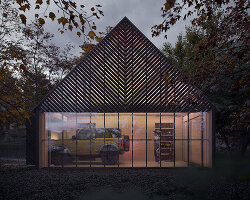 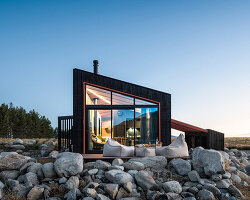 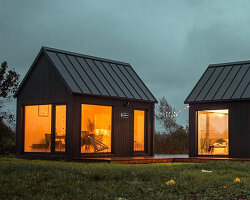