french practice rudy ricciotti architecte has completed the ‘musée jean cocteau’, a museum dedicated to the career of jean cocteau, a french artist, poet, and playwriter positioned within his hometown in menton, france. the featured exhibits were contributed by philanthropist severin wunderman, who donated his entire personal collection to the initiative, including 990 original works within a total amalgamation of 1800 pieces from other artists within his circle. recently inaugurated, the 2,700 square meter building contains drawings, paintings, ceramics, tapestries, manuscripts and projections of his films within galleries which overlook the adjacent ligurian sea. 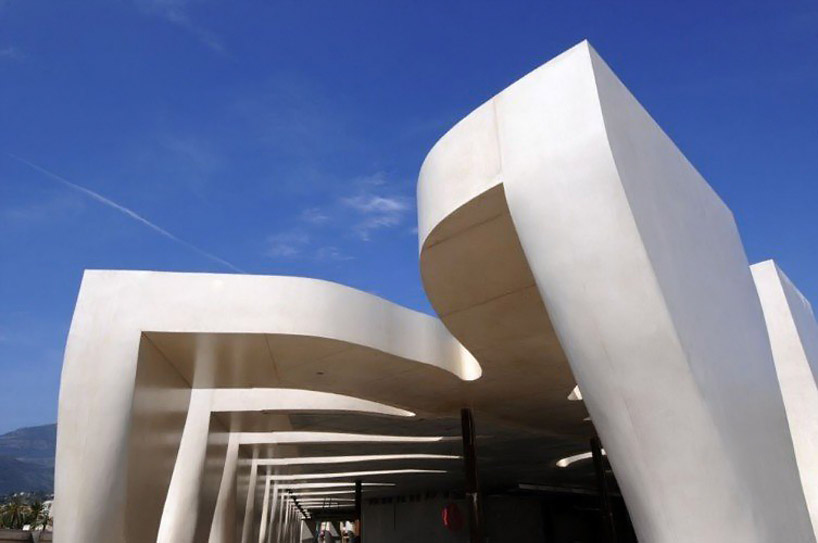 placed upon a triangular site, a transparent box is concealed within a fragmented shell, evoking the nature of the elusive artwork inside. reading as a monolithic form, the concrete exterior is comprised of a structural roof which extends beyond the building and begins to merge with lines of columns placed outside the glass facade, creating a veranda which wraps around the entire perimeter. undulating cuts have been incised into the thick roof plane, yielding skylights which venture into the ceiling of the gallery spaces. a library will catalogue additional resources while a coffee shop will be accessible to both visitors and residents of the city with a pergola for outdoor seating. 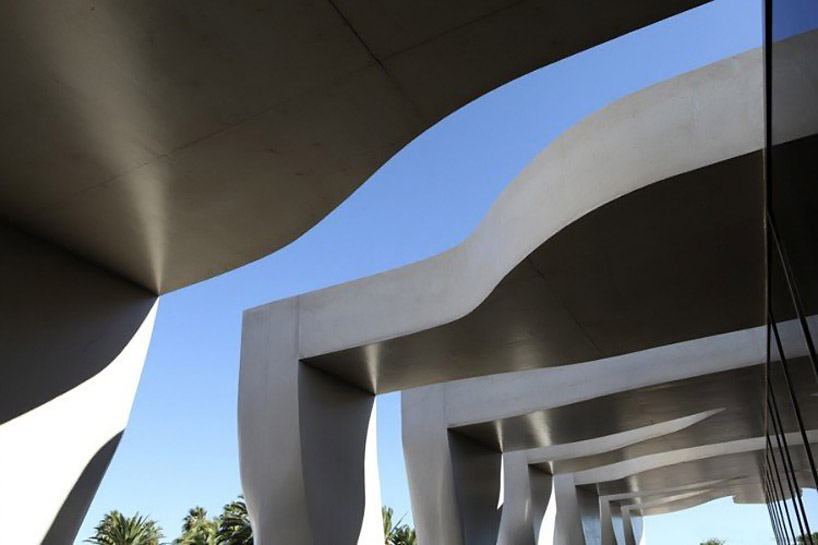 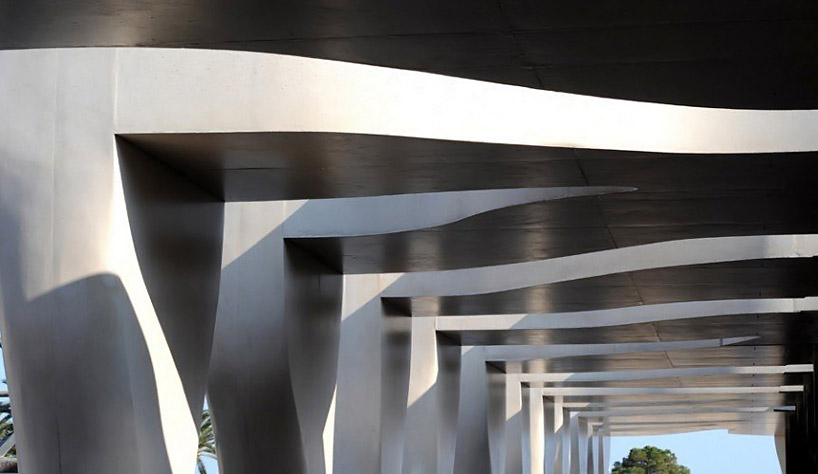 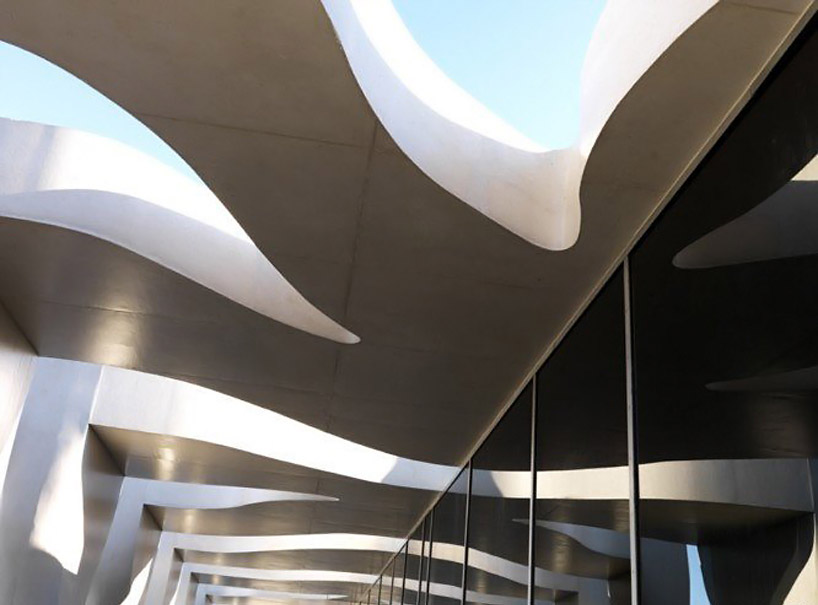 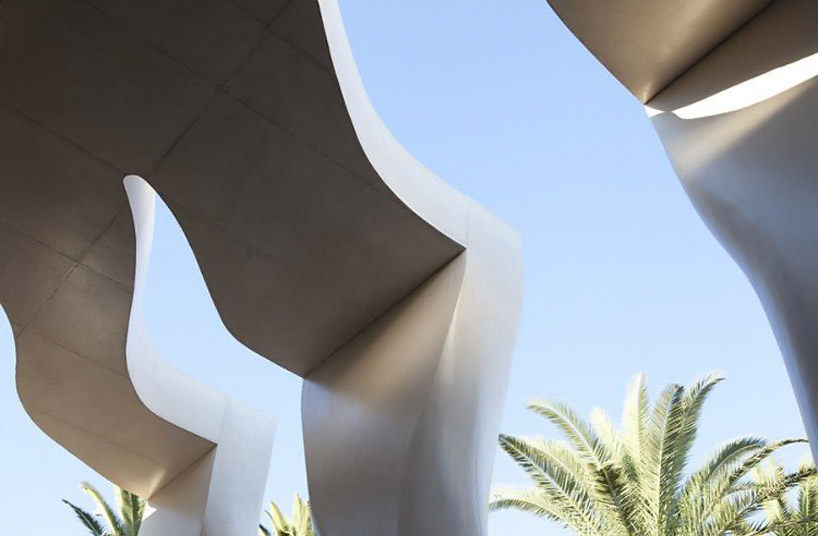 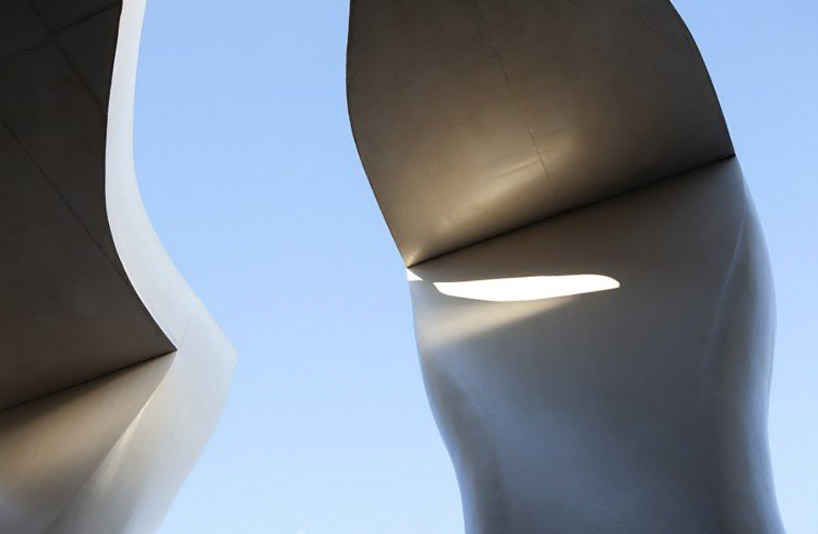 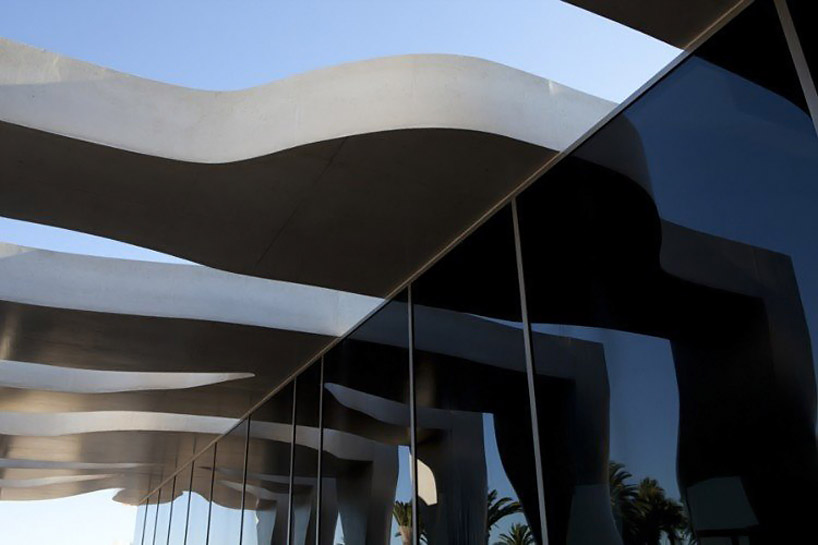 concrete structure is reflected within the facade image © olivier amsellem 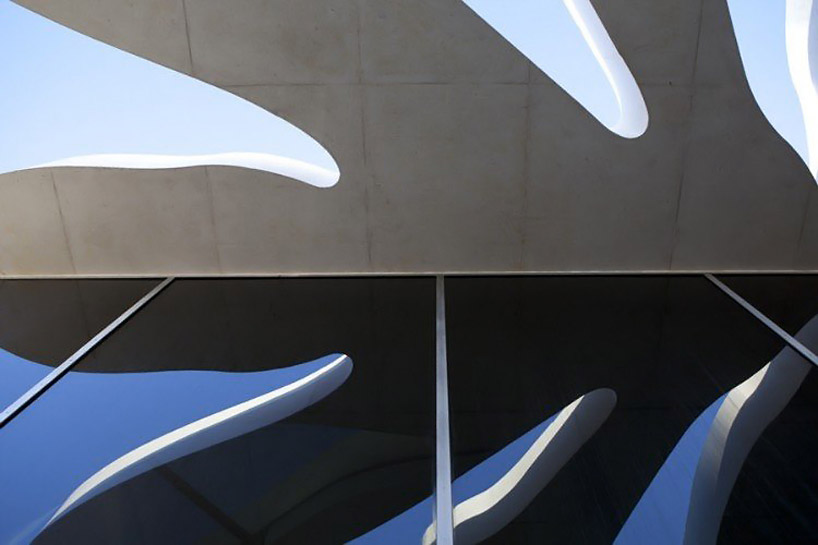 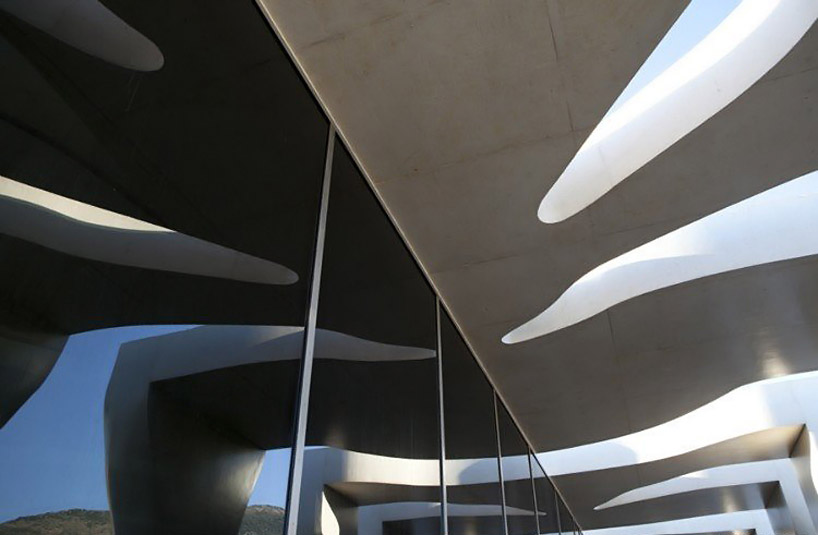 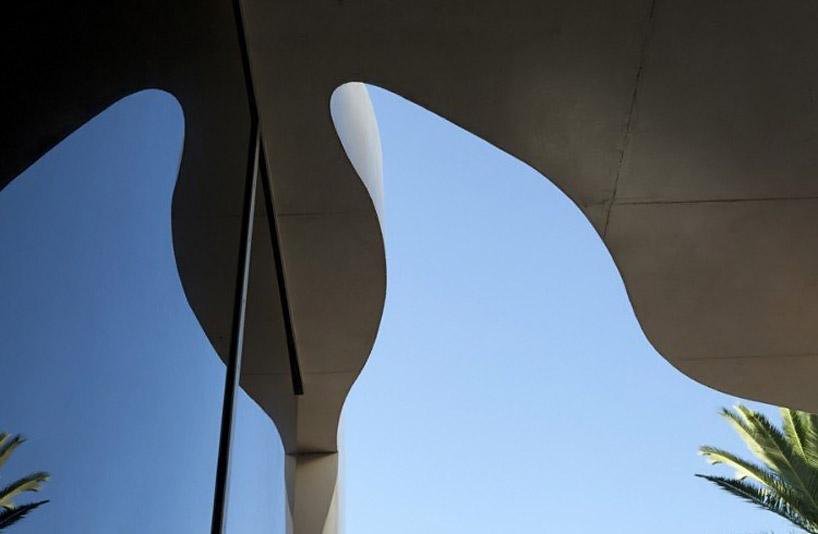 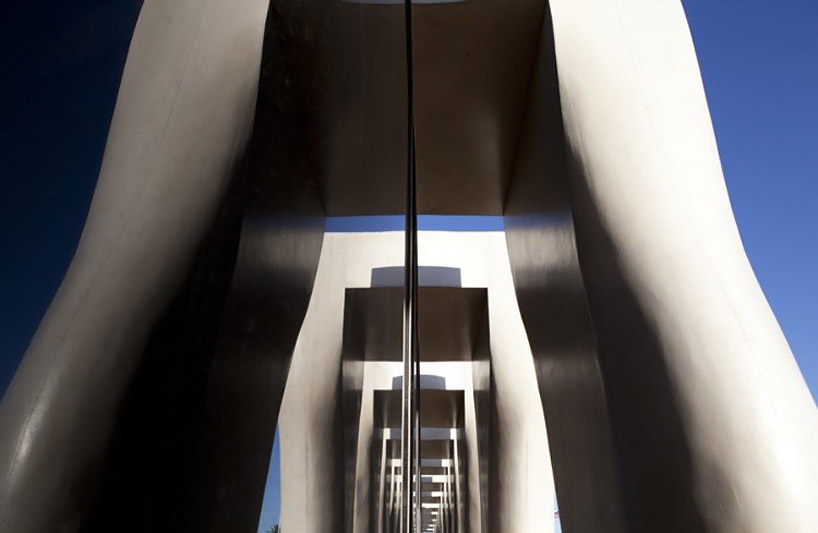 upward view within the wrap around veranda image © olivier amsellem 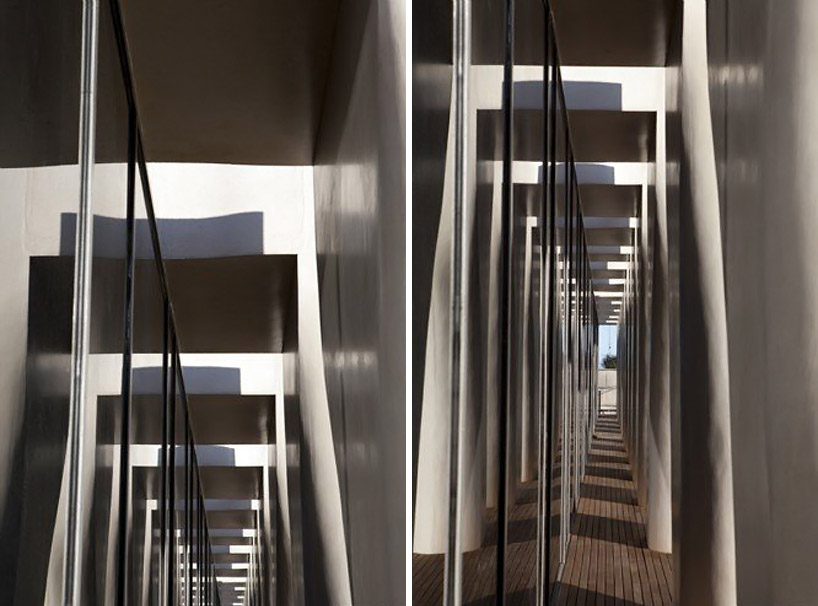 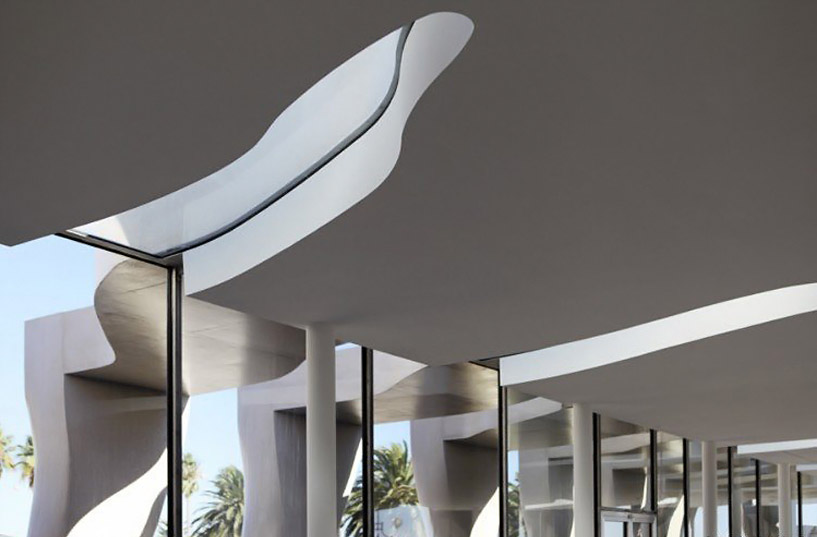 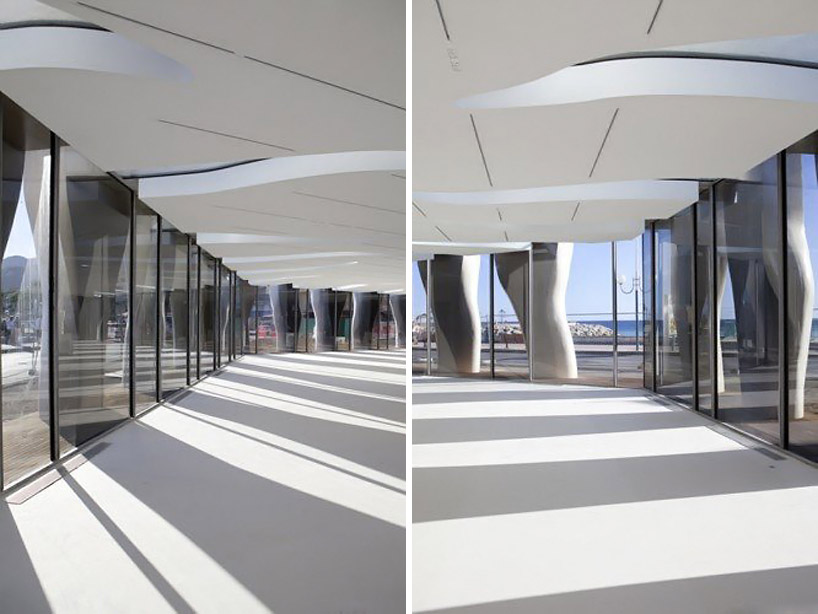 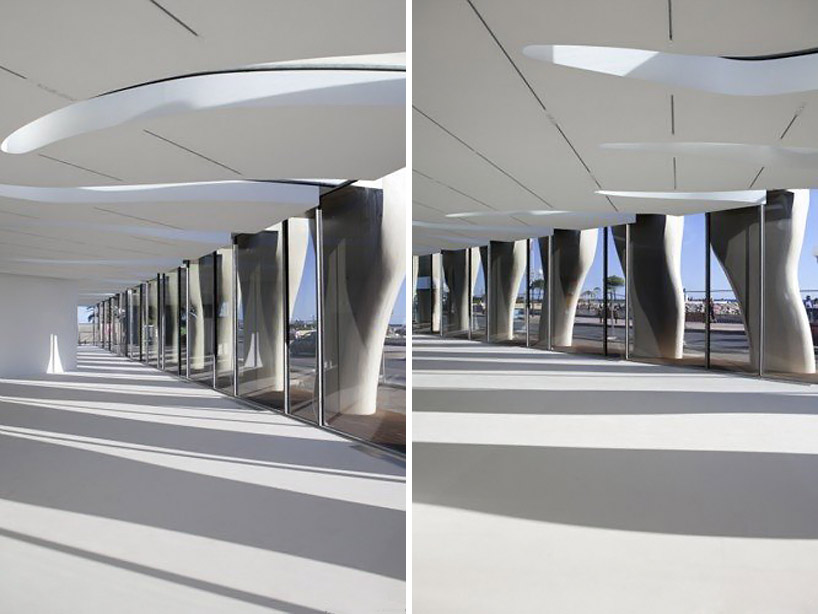 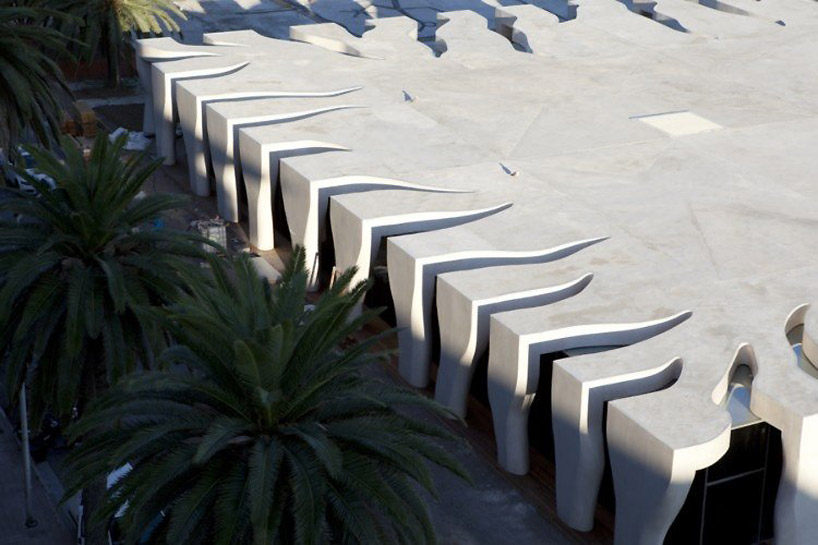 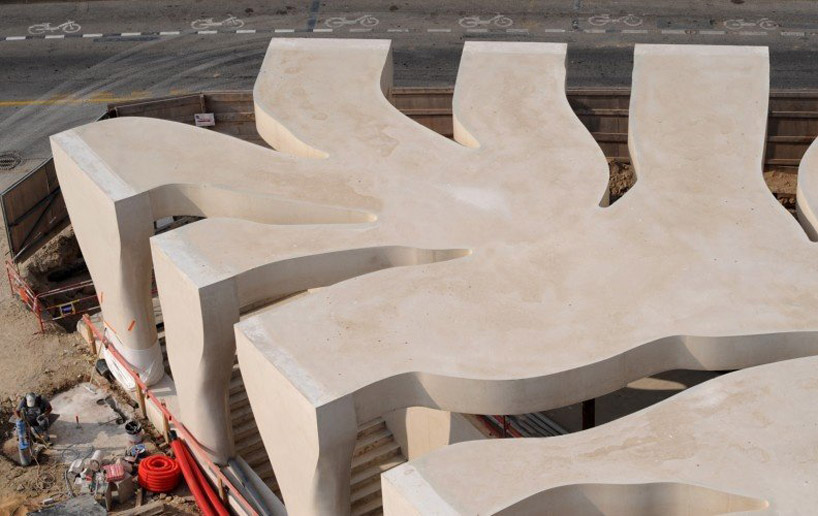 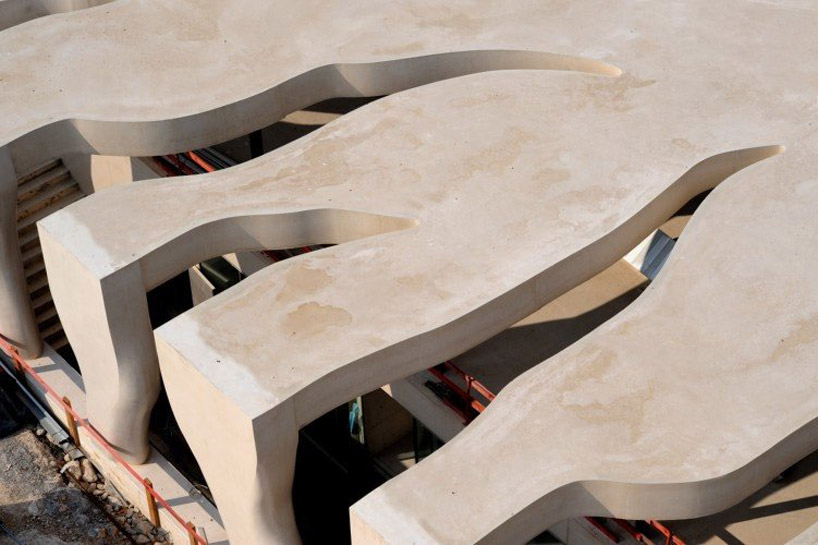 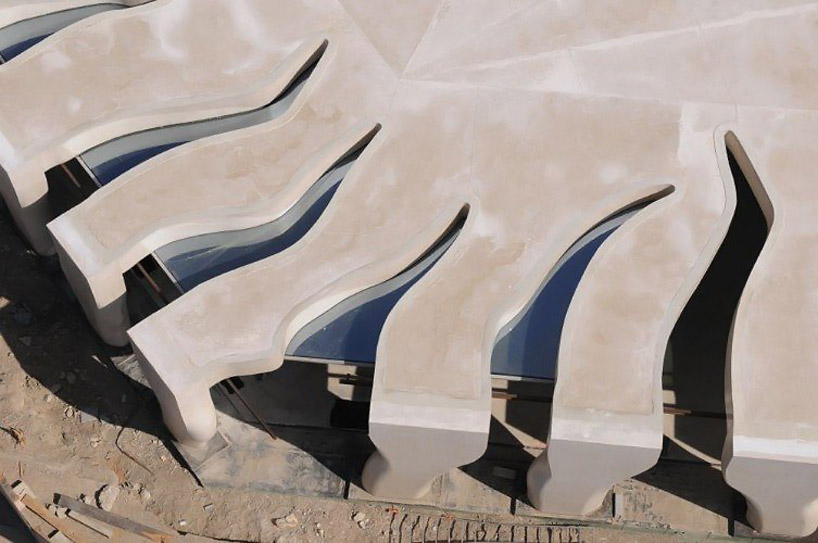 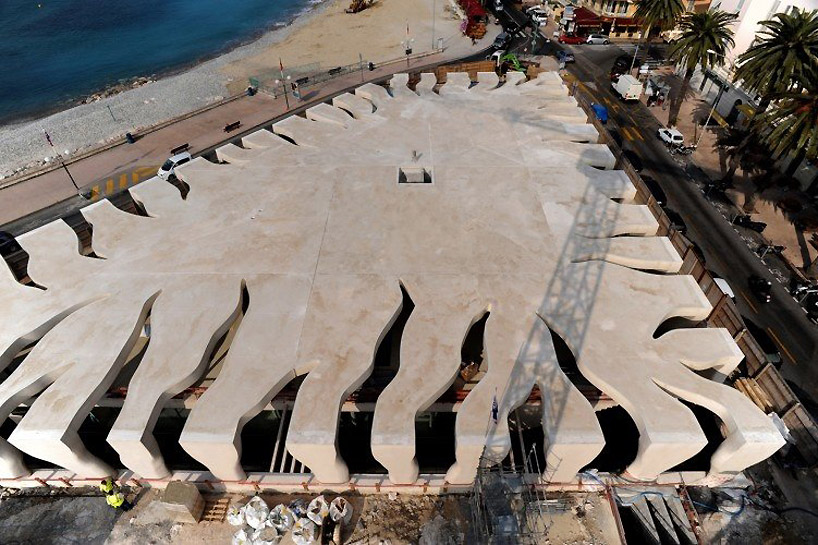 aerial of building while under construction 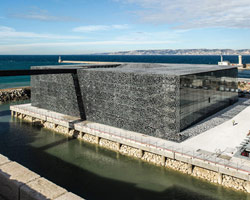 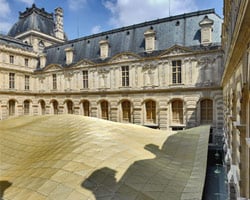