tasked with transforming an uninhabitable attic into a new, usable space, ruetemple fitted out a apartment in moscow. the completed scheme has been divided into two floors featuring ample storage space, functional furniture and a playroom for the client’s children. the resulting space is dictated by the consistent use of timber which has been integrated into the steep ceiling pitch of the attic. along with the stairs, which simultaneously forms storage space, a floor-to-ceiling frame serves as a route and nook for the children which connects the lower level to their own playroom. 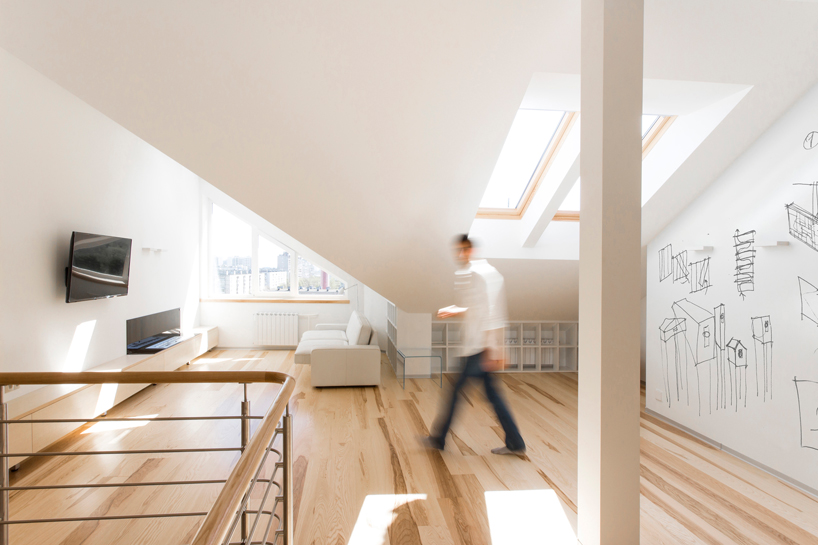 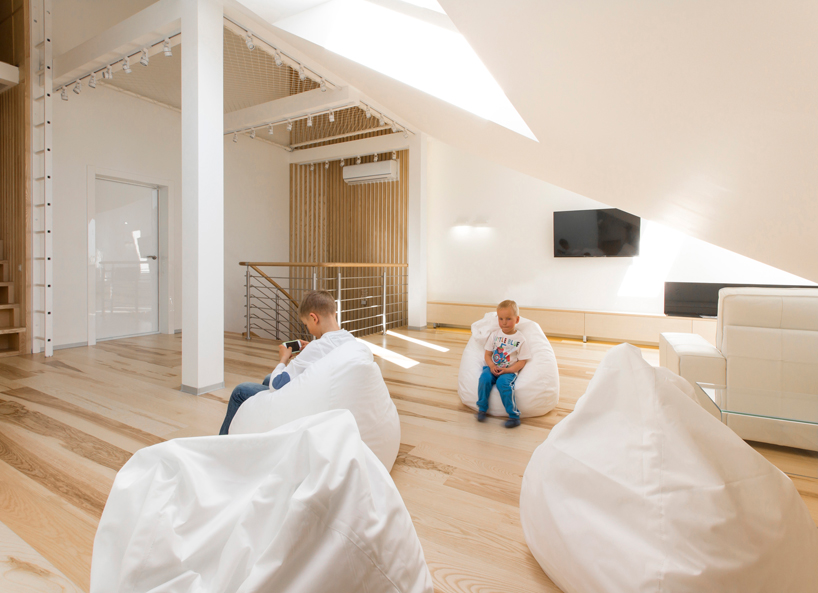 the apartment is based in moscow, russia 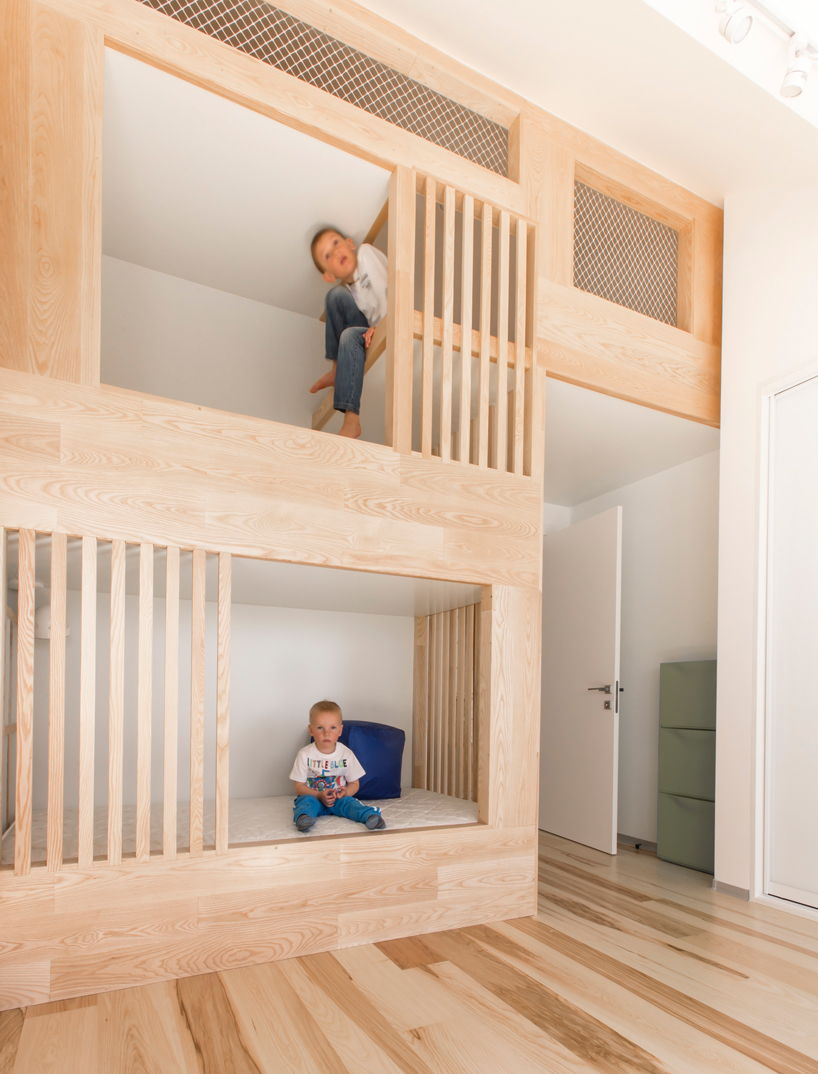 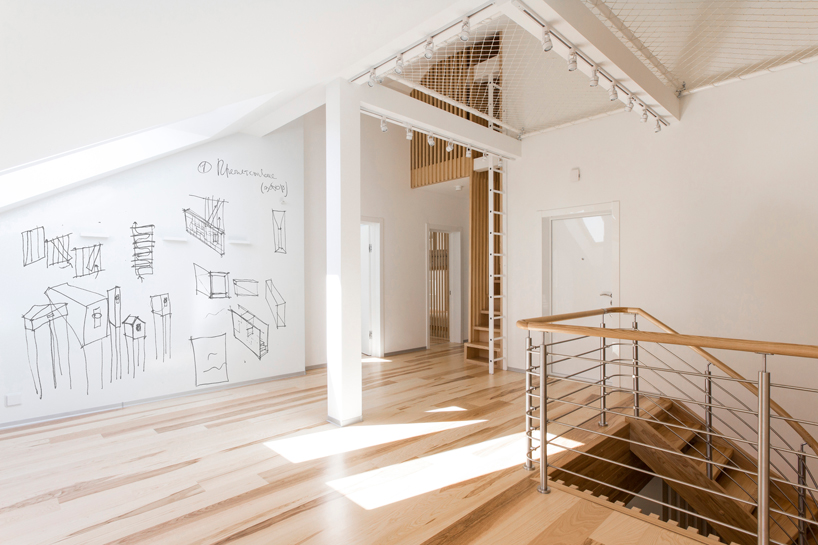 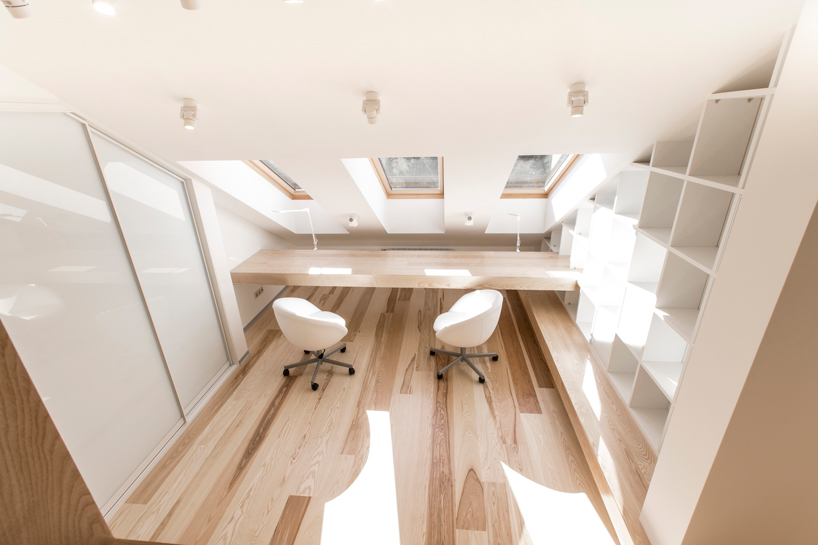 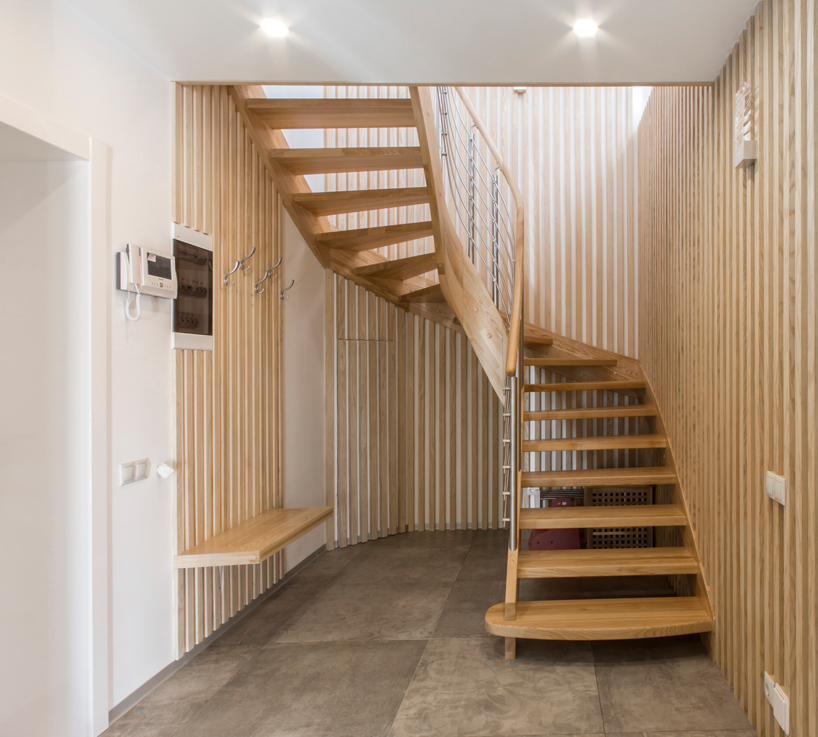 the staircase which connects the two levels together 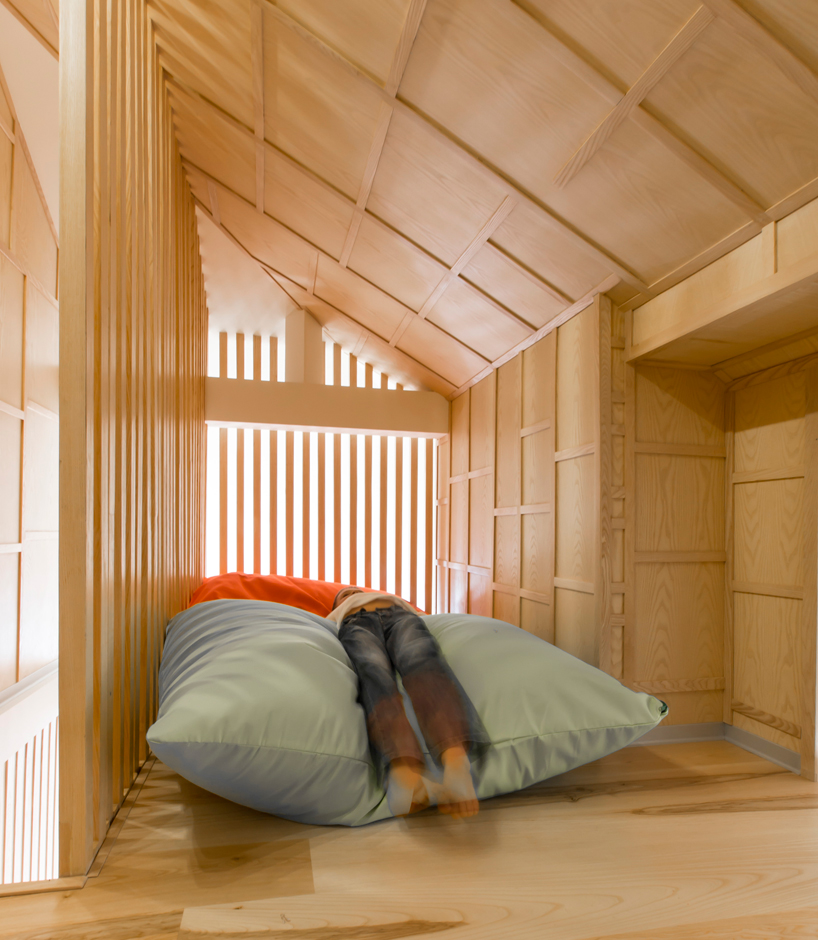 the playspace simultaneously serves as a route connecting the two floors 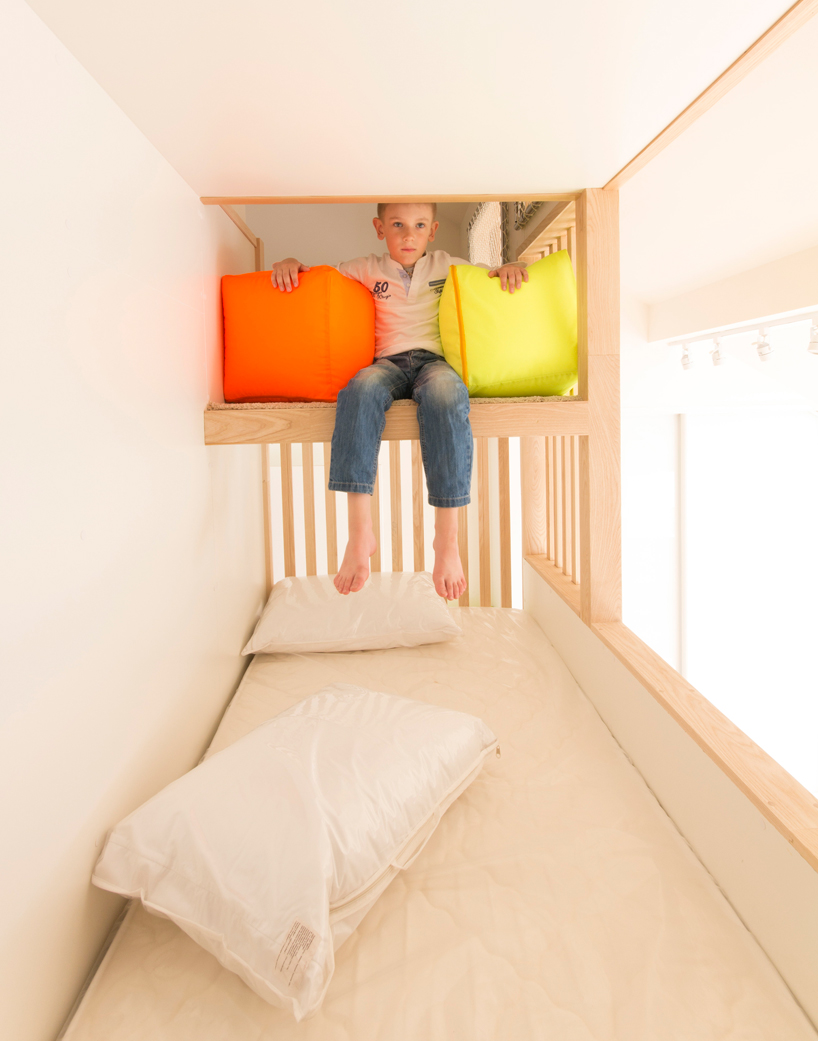 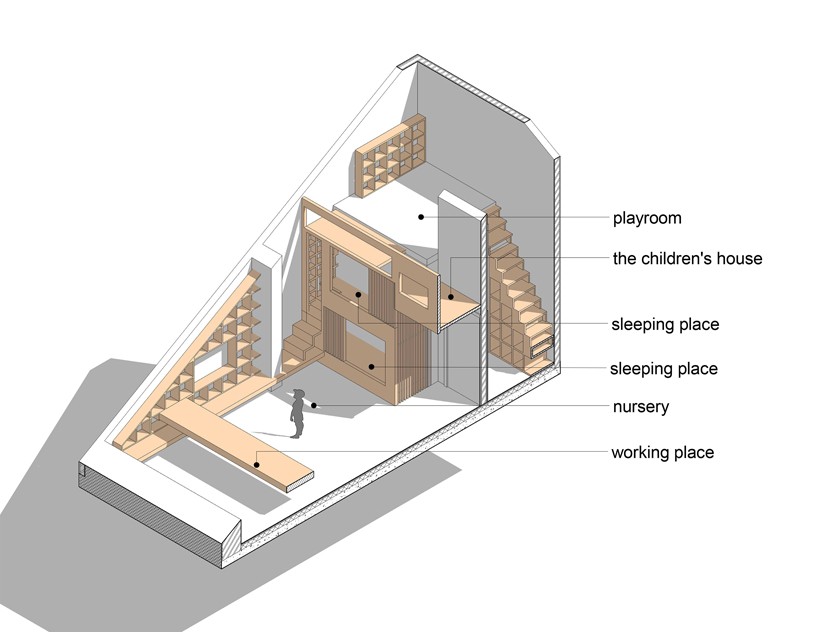 diagram of the attic renovation 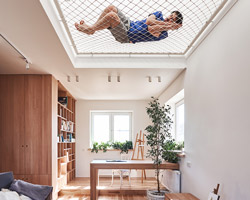 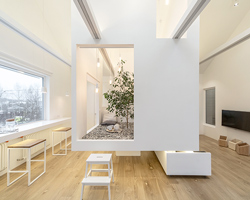 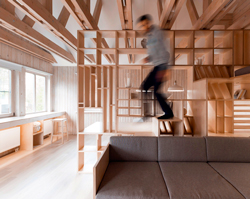 Nov 07, 2015
ruetemple transforms garage in moscow into a studio for an architecture student

Mar 01, 2021
ODDO architects incorporates round window into the brick exterior of VH house in hanoi
the house consists of three separate brick volumes set above a continuous living space on the ground floor.
architecture
672 shares
connections: +3430