‘the best city in the world should be the favorite one among children.‘ – nikolay nosov, soviet writer of children’s literature

following the conception of nosov, the russian pavillion has been designed by P.A.P. ER architectural team as a city from a fairy tale, thus, giving people the impression of a children’s paradise. it features 12 irregularly shaped towers in white, red and gold and a 15-meter-tall central building dubbed the ‘civilization cube’ which links the towers. 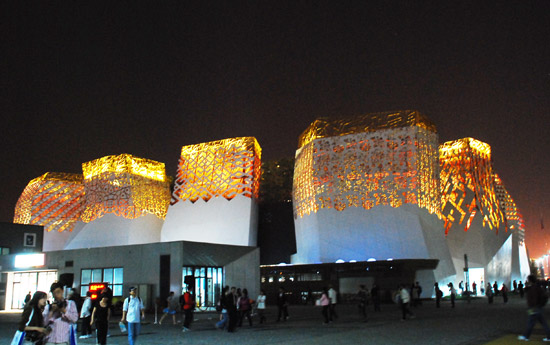 the main exhibition area of the russian pavilion consists of three parts: ‘city for children’, ‘city for youth’ and ‘big world’, each carrying themes of ‘city of flowers’, ‘city of sun’ and ‘city of moon’ respectively. 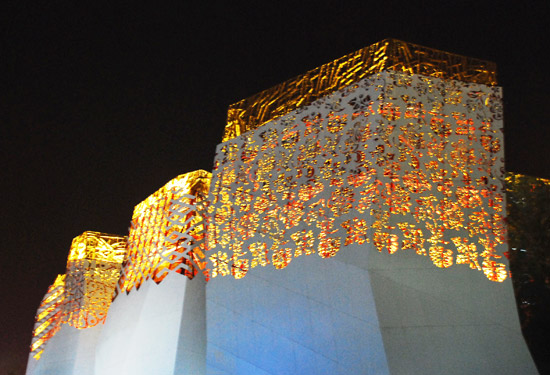 there is a display of scenes from the fairy tale ‘the adventures of dunno and his friends’ written by children’s author nikolay noso. before starting their journey, visitors are advised to envision themselves as DUNNO and his friends when travelling through the building. 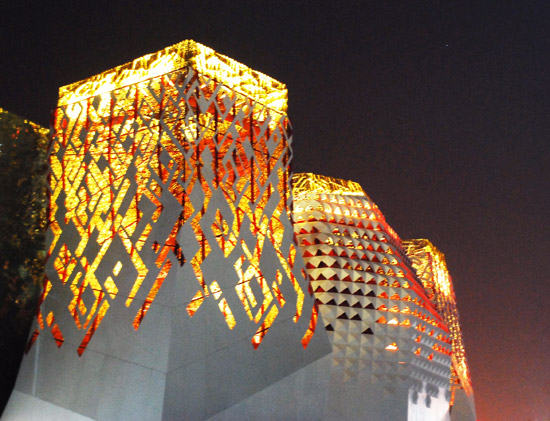 with their irregular shapes, the 20-meter towers are located among the natural landscapes of a green lawn and water. upon taking a closer look, visitors will find that these towers form a circle that takes after the formation of a famous russian dance. the roofs of the towers are decorated with hollow pictures in colors widely used for traditional russian garments, symbolizing the integration of various ethnic groups in the country. 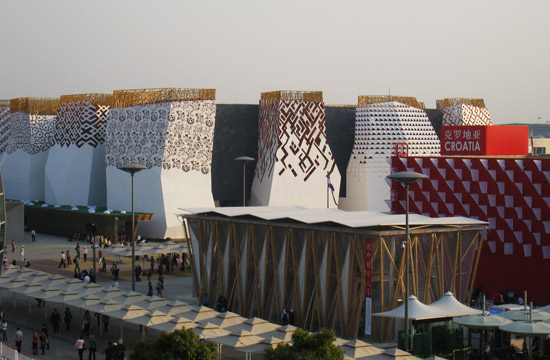 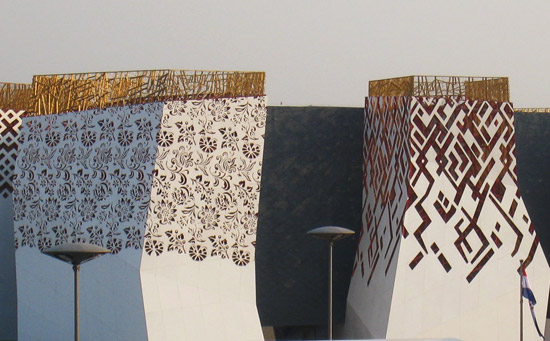 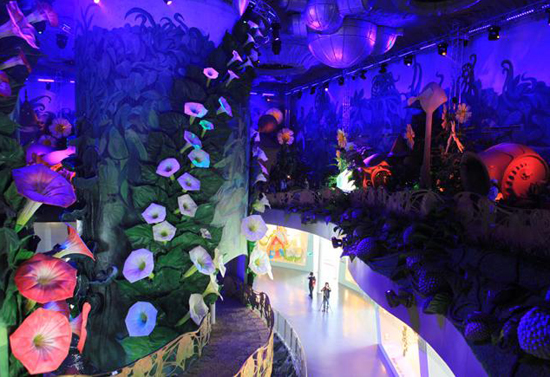 the ‘city of flowers’ features fairy-tale style images of children, showing a flair for colors and fantasies. the ‘city of sun’ is a miniature artificial space where the sun shines permanently, shedding light onto every window of the hall to create a translucent labyrinth with virtual displays. here visitors can learn about the technological inventions by russian youth. the ‘city of moon’ focuses on space exploration presenting the history of human travels into space and the advancements made by russia in their aerospace missions. 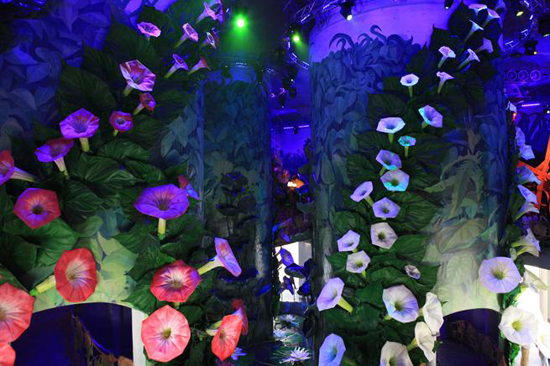 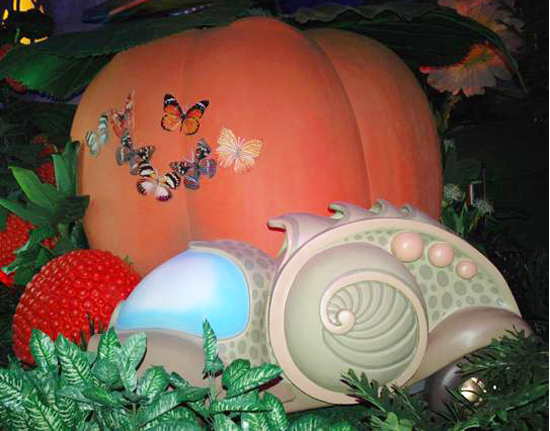 giant fruits are found along the paths of the pavilion

giant strawberries, flowers and trees featured in the pavilion show a city as seen through children’s eyes. visitors will travel along the path as if in a story book. along the way, they are met with giant foods and plants. the path consists of sections that each highlight progress in different areas of russia’s development. 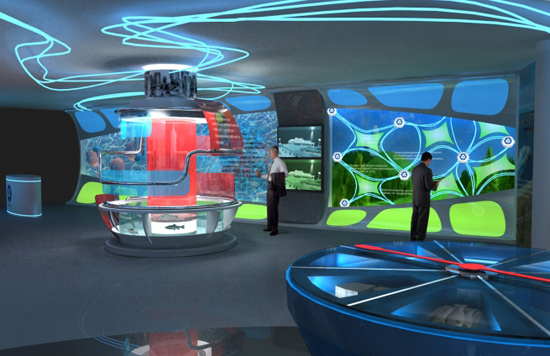 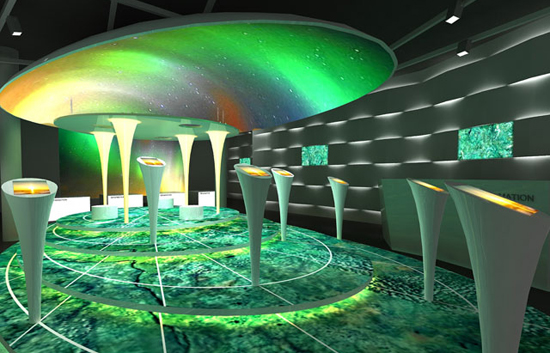 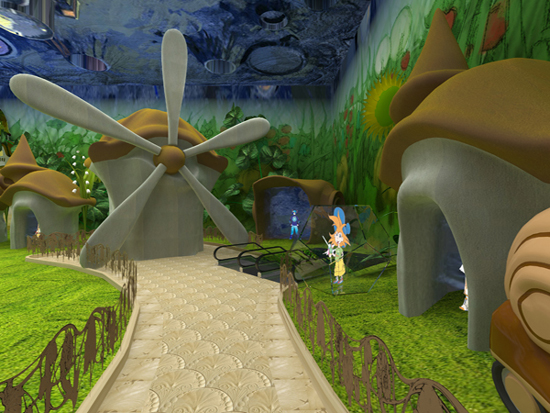