dating back to over 120 years, a traditional storehouse has been re-appropriated and renovated into the ‘rebirth’ guesthouse by ryo matsui architects in moriya, japan. the client inherited the piece of land which was affected by the great east japan earthquake, and consequently resulted in the storehouse being partially damaged. after an extensive review, it was agreed that the structure was too fragile to be completely reused, but the structurally sound elements were maintained and reconstructed to keep the original character. 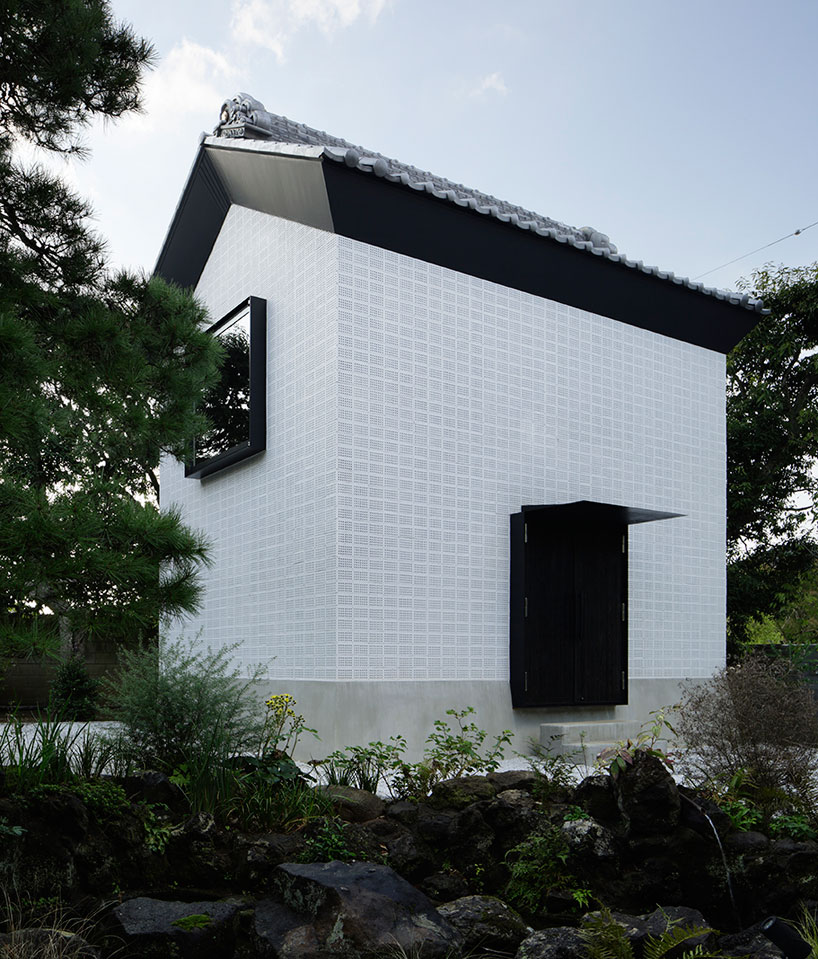 the original storehouse was damaged by the great east japan earthquake

standing as a homogeneous structure, the overall original appearance of the storehouse has been retained with the addition of contemporary features and techniques explored during its reconstruction. a noticeable aspect of the scheme are the windows, they have been concealed by a lace-like screen and only at night, are defined and illuminated by the light coming from within. the tiled kirizuma roof has been kept and due to the perforated nature of the white brick used, an interesting effect is created internally.

‘inheriting the old memory and combining a new behavior, we hope it becomes a house that will be loved from generation to generation.’ – ryo matsui 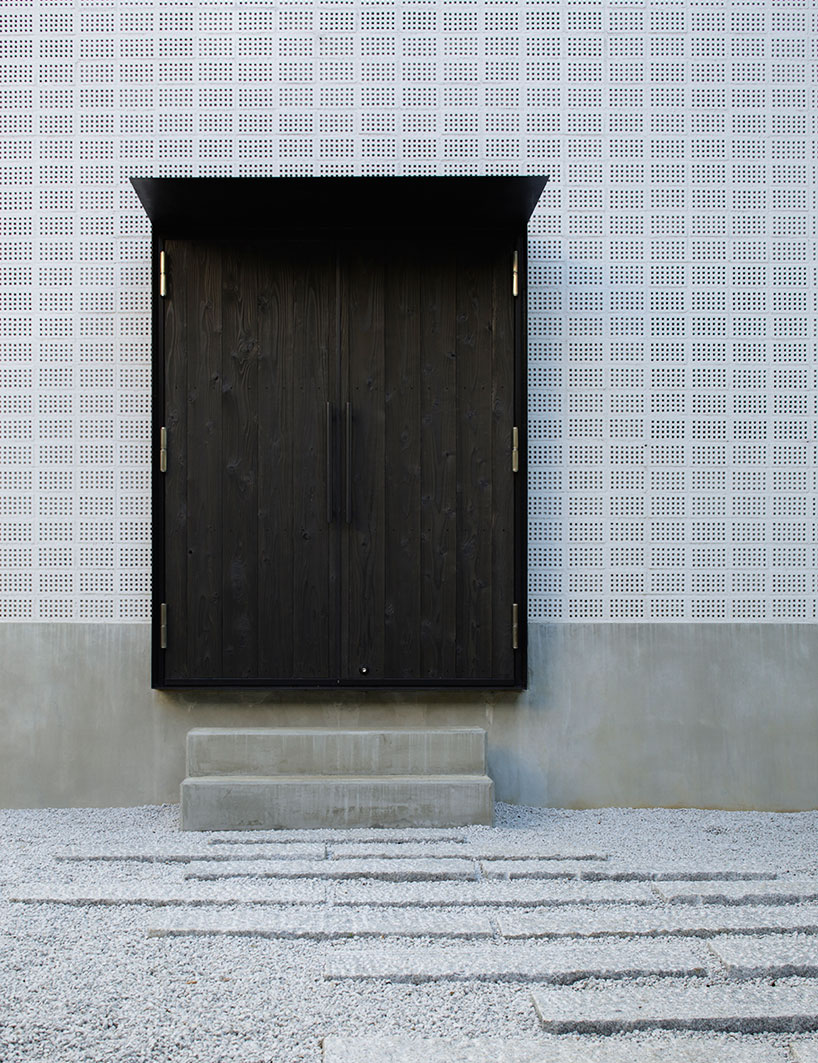 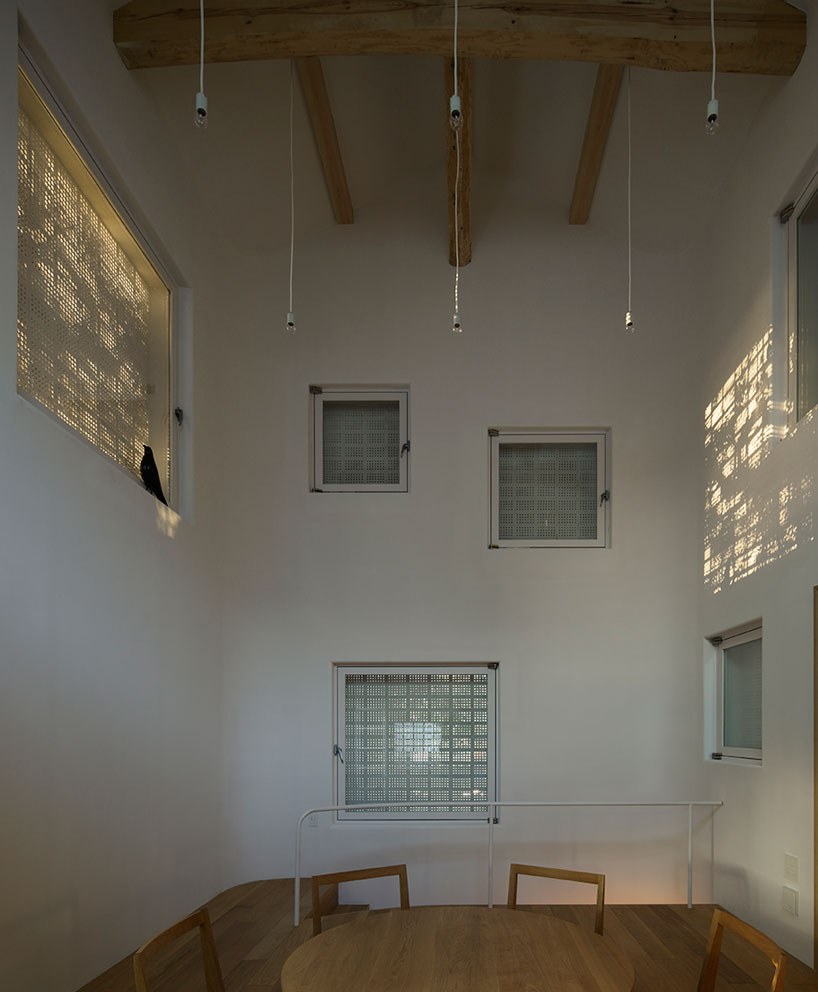 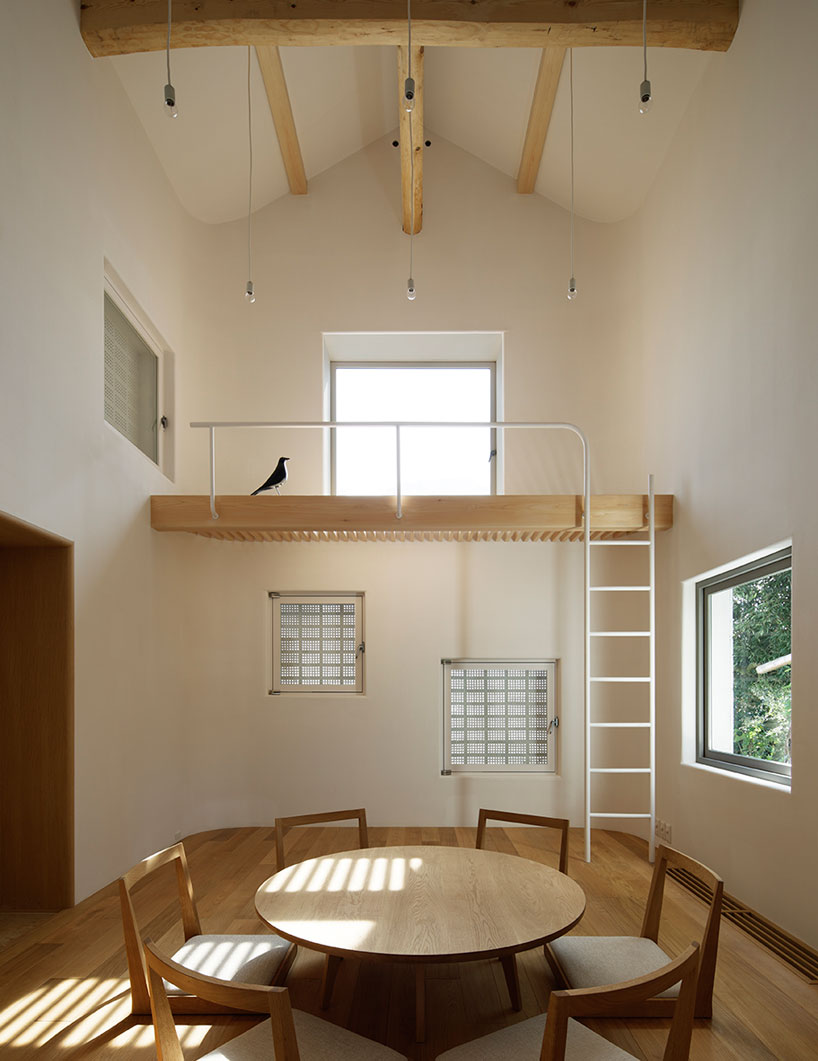 a loft-like living space, high ceilings and a mezzanine level has been added 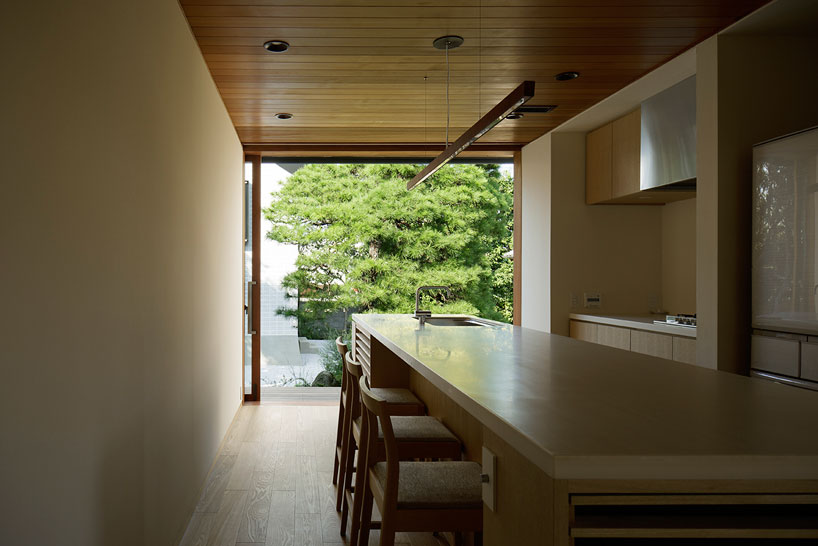 the kitchen opens up to the woodland surroundings 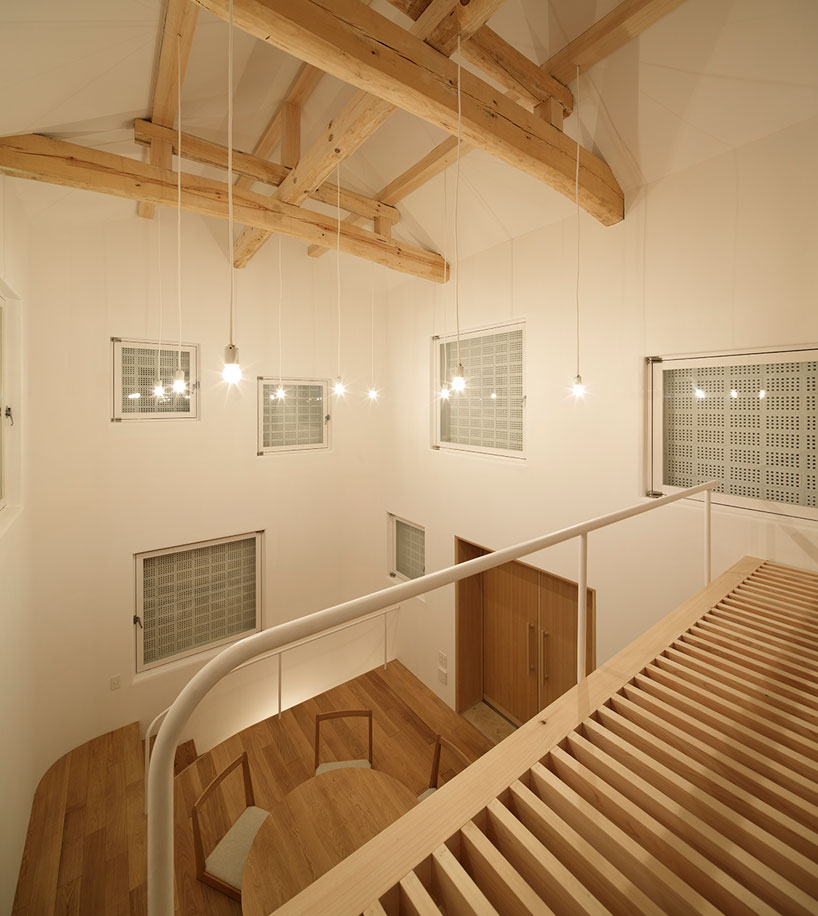 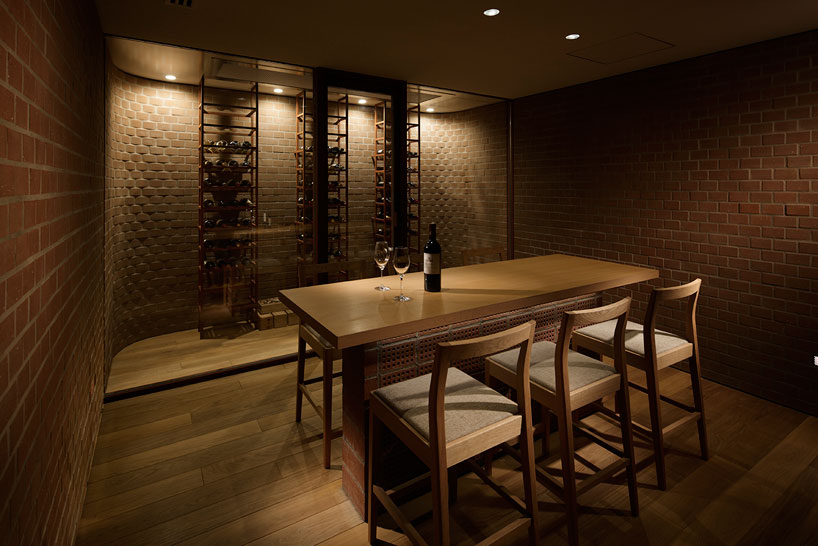 the basement contains a wine cellar 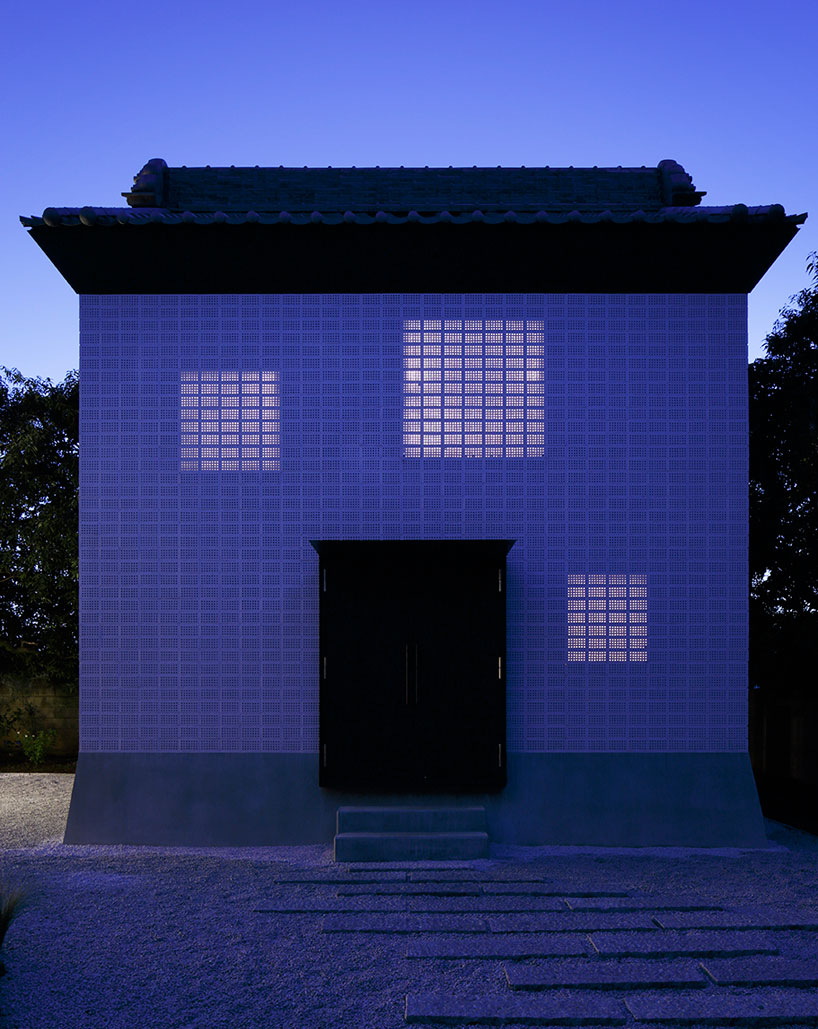 the concealed windows of the facade is visualized at night only 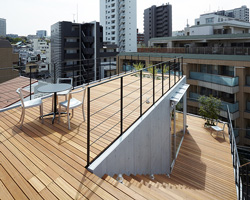 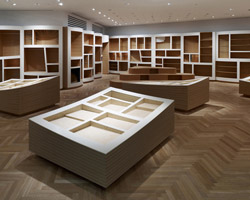