realized by RYRA studio, this distinctive bone-like structure is the barin ski resort in shemshak, the second largest ski village in iran. originally the decision was for the scheme to be conceived as a cube; in the end, the sculptural form was manifested due to the architect’s decision of wanting the building to relate to the surrounding steep mountains. 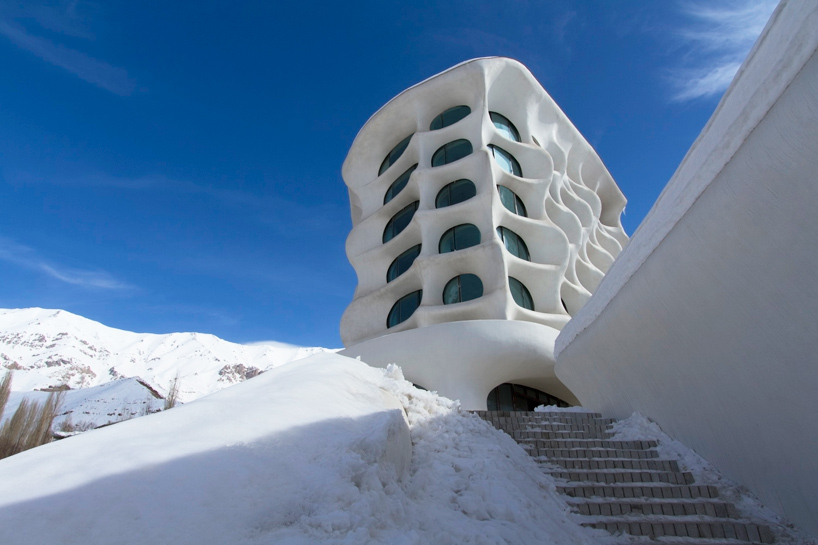 serving as a sanctuary after a long day of skiing; the architecture embraces its snow-covered landscape by visualizing as an iced-rock formation that appears to be windswept onto the mountainside. ‘the barin ski resort picks up on the philosophy of designing buildings so that the form emulates the immediate environment in a fluid way.’ comments farinaz nikoo of RYRA studio. 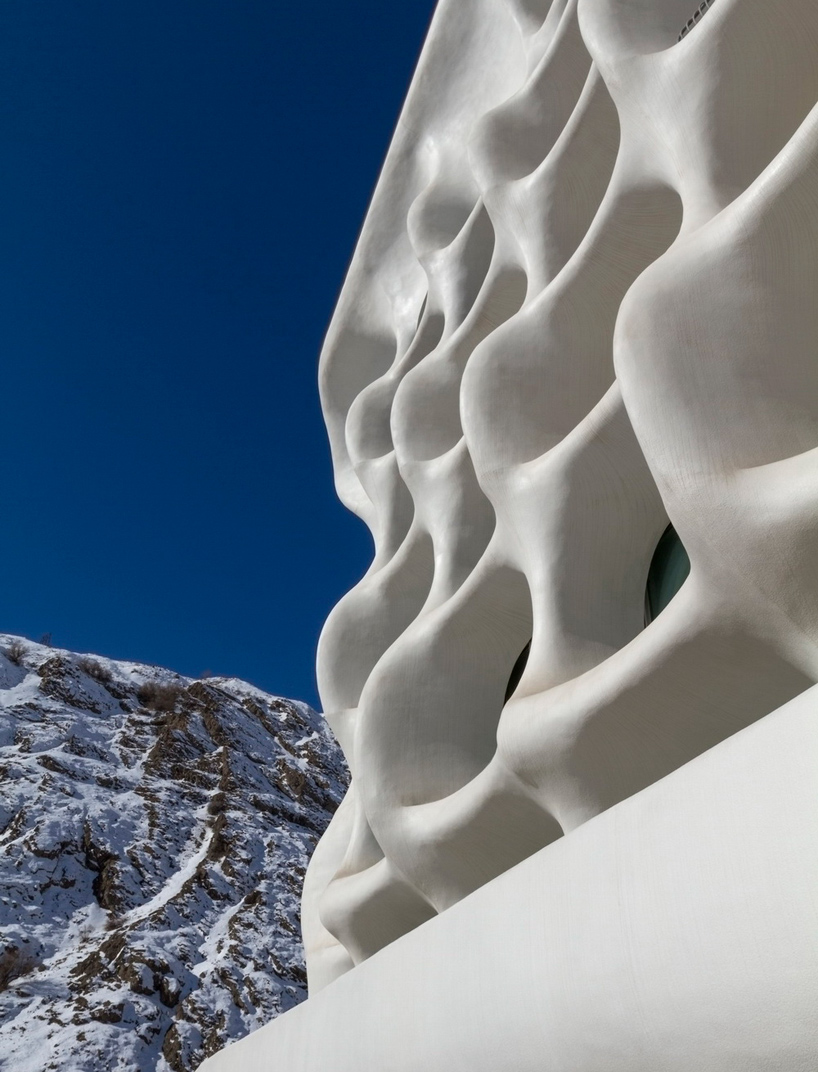 the scheme rises at ten-storeys and contains 67 private rooms, all unique in size, from 45 square meter studio flats to a 270 square meter penthouse. the cave-like design of the accommodation is influenced by the exterior to form curving dome-shaped rooms, in result, enhances the feeling of warmth and a ‘cave’ setting to relax after skiing. the continuation of this design approach is continued in the communal spaces and corridors, which also have organically formed. furthermore, the pebble shaped windows offer unobstructed views of the surrounding mountain range, and making the ski resort a holistic building that complements its context. 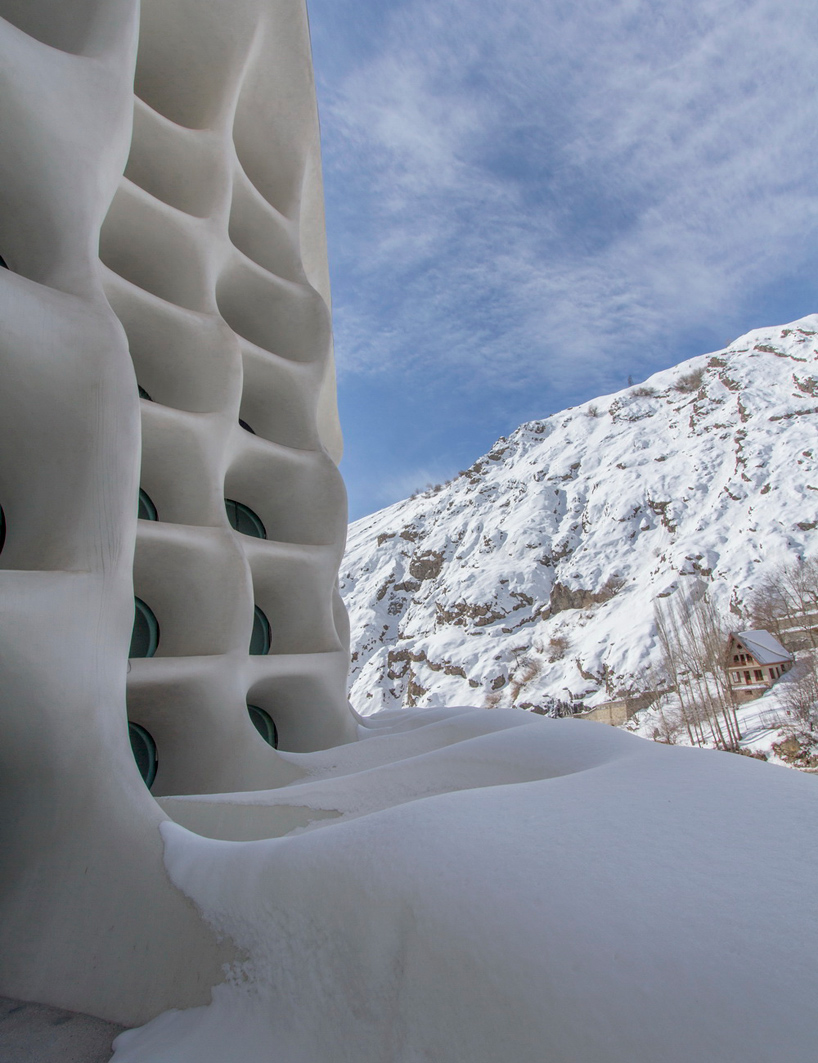 the scheme rises at ten-storeys 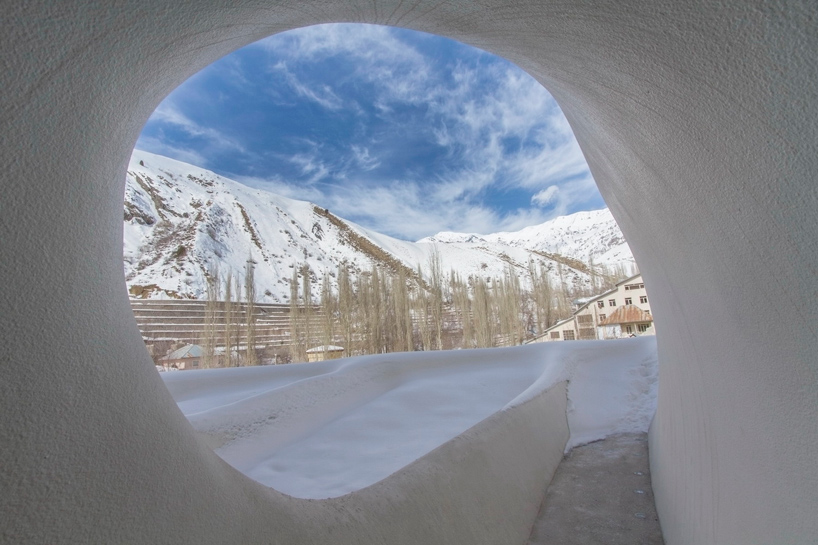 the organic form frames the landscape and beyond 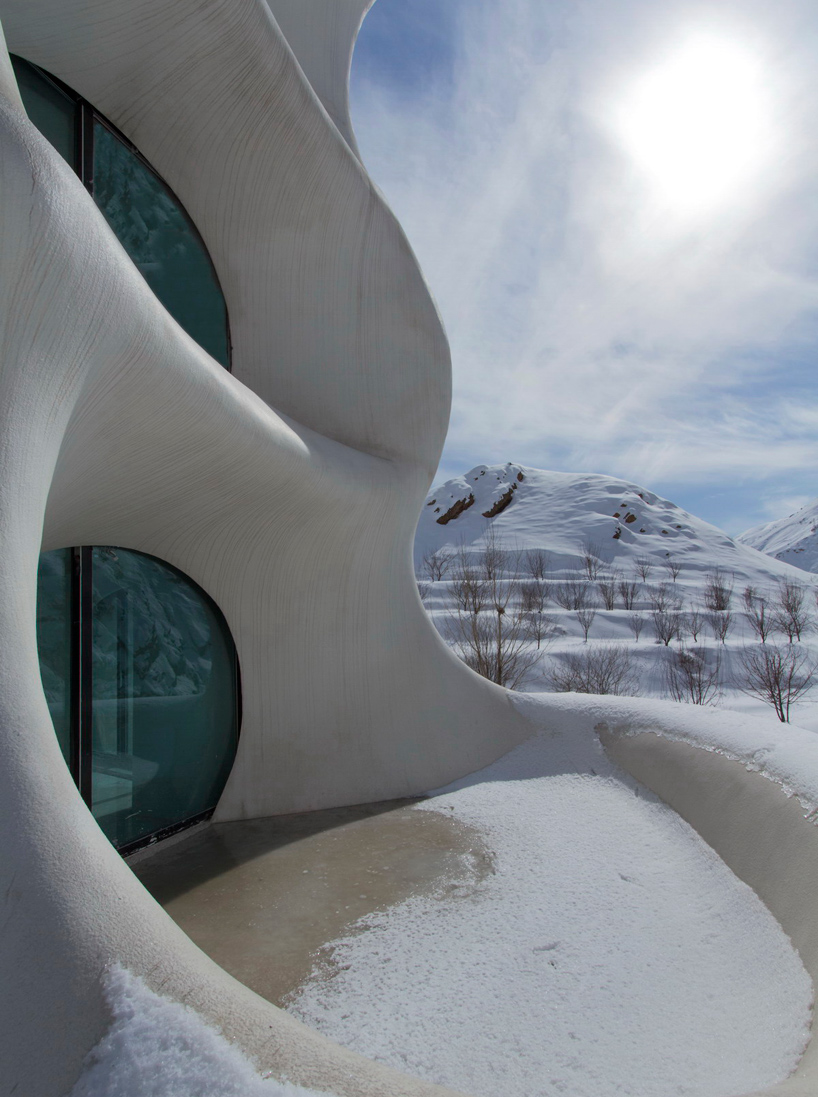 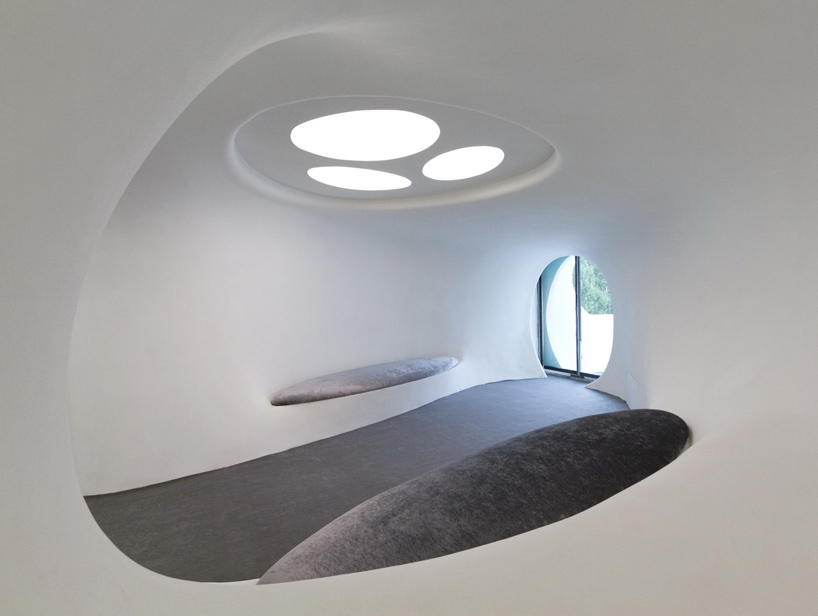 there are individuals rooms, 67 in total, each in a different size and unique in shape 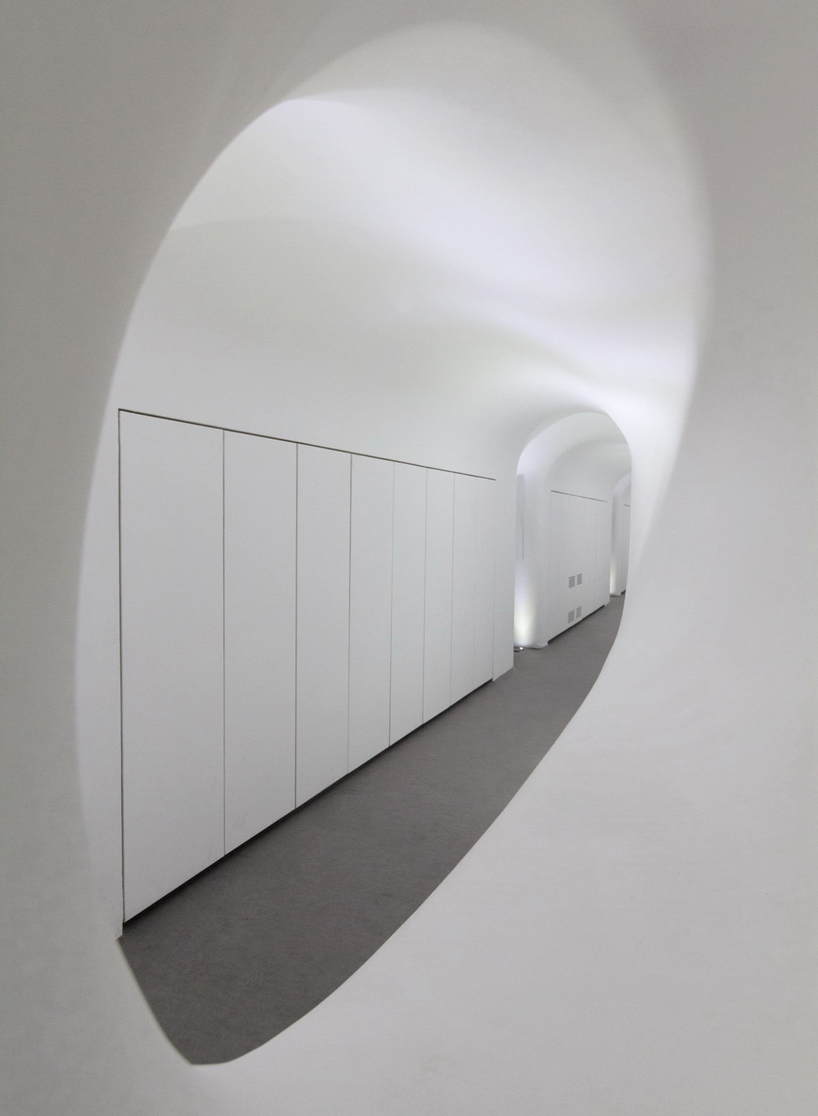 the cavernous theme is continued all the way through the interiors 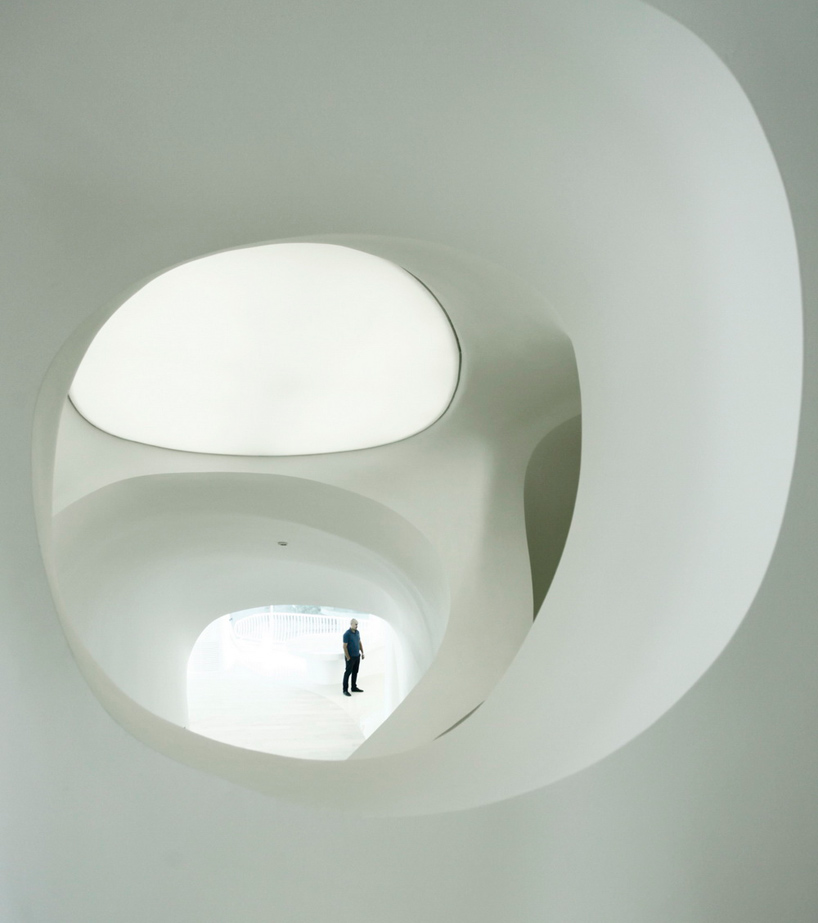 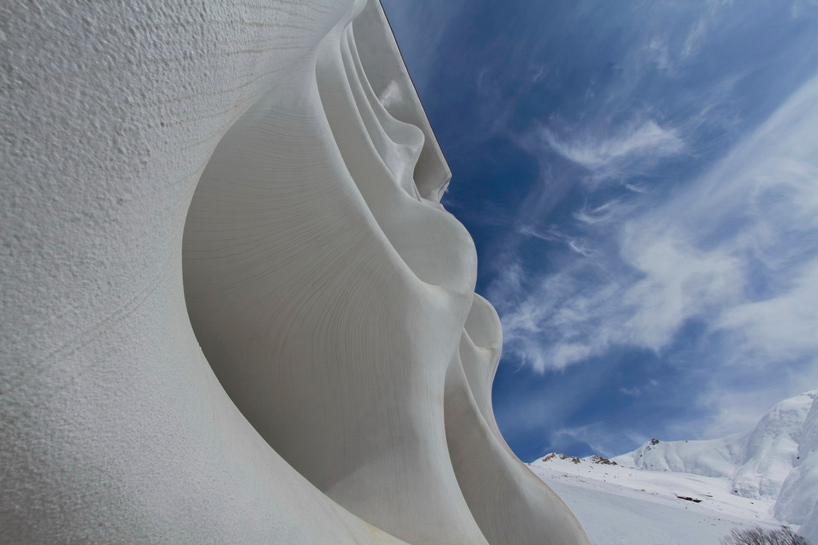