Architect Ryuji Yamashita has recently completed a two-story home for a family of six in Hokkaido, Japan. Defined by timber accents and open floor layouts, the interiors are designed to preserve the close relationship between the family’s four children while still providing each with their private rooms. ‘We were concerned that having a private room would divide the family, so we decided to create a space where the children can feel connected even when they are in their own rooms,’ the clients share. The space being referred to is a central playroom set up on the first floor as a meeting point that links the four children’s rooms. A 70 cm height difference between the bedrooms and common area required adding steps at every entry point — coming from the ground floor and exiting each children’s room — which further emphasizes the playful character of the interior layout. 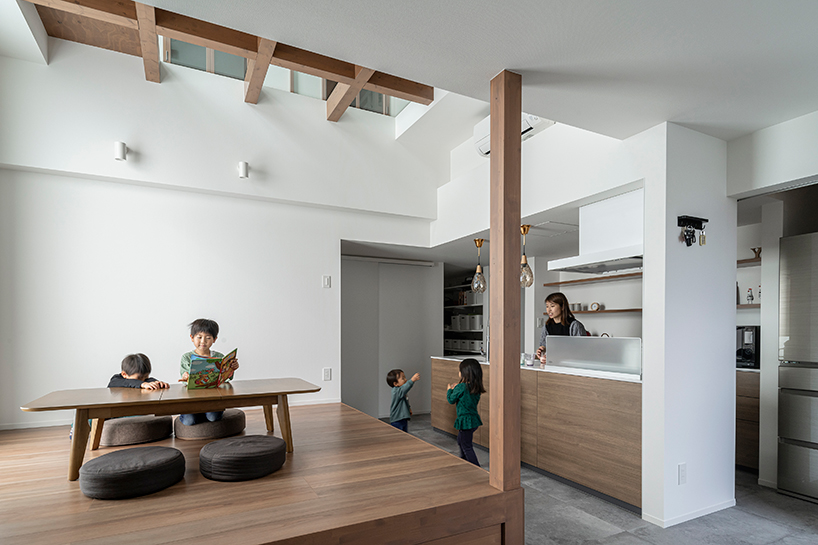 Apart from adding a large window for natural lighting, Ryuji Yamashita (see more here) complemented the play area with two different types of openings to reinforce the family bond, even from a distance. The architect first interrupted the wooden flooring outside the private rooms with glass tiles to create a visual link between both floors. He then fronted each room with a small window set up just above the siblings’ private desks; when all windows are open, the first floor converts into one large study table for the kids to interact more directly, whenever they feel like it. 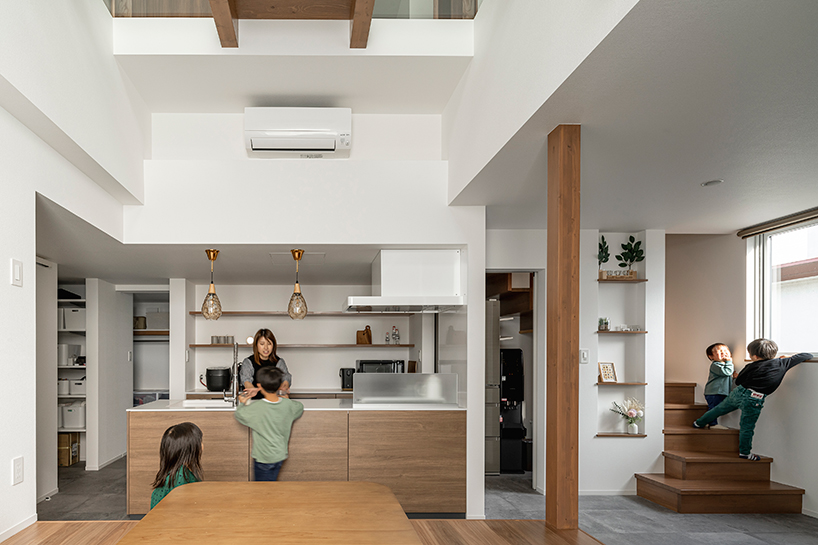 Concluding his design approach, Yamashita notes: ‘We aimed to create a space where you can connect with your family through various senses of distance, rather than the bipolar relationship between a private room and a large room, or between one person and a large number of people.’ 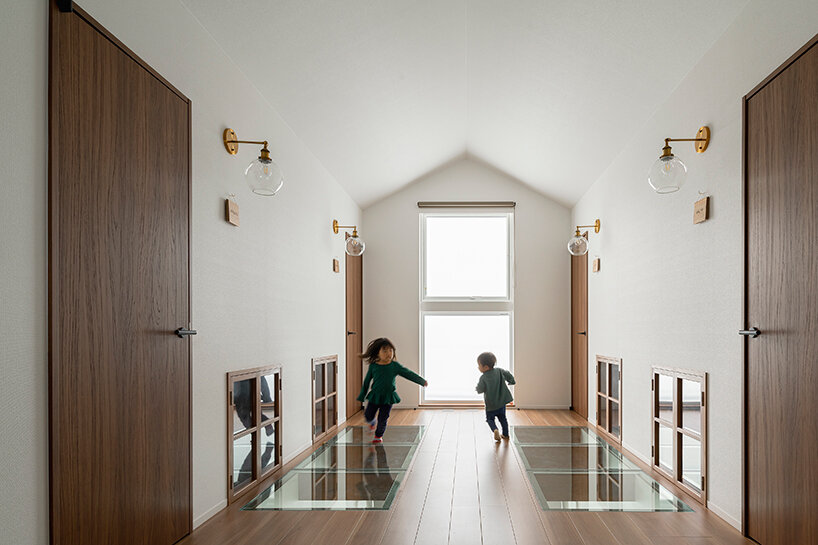 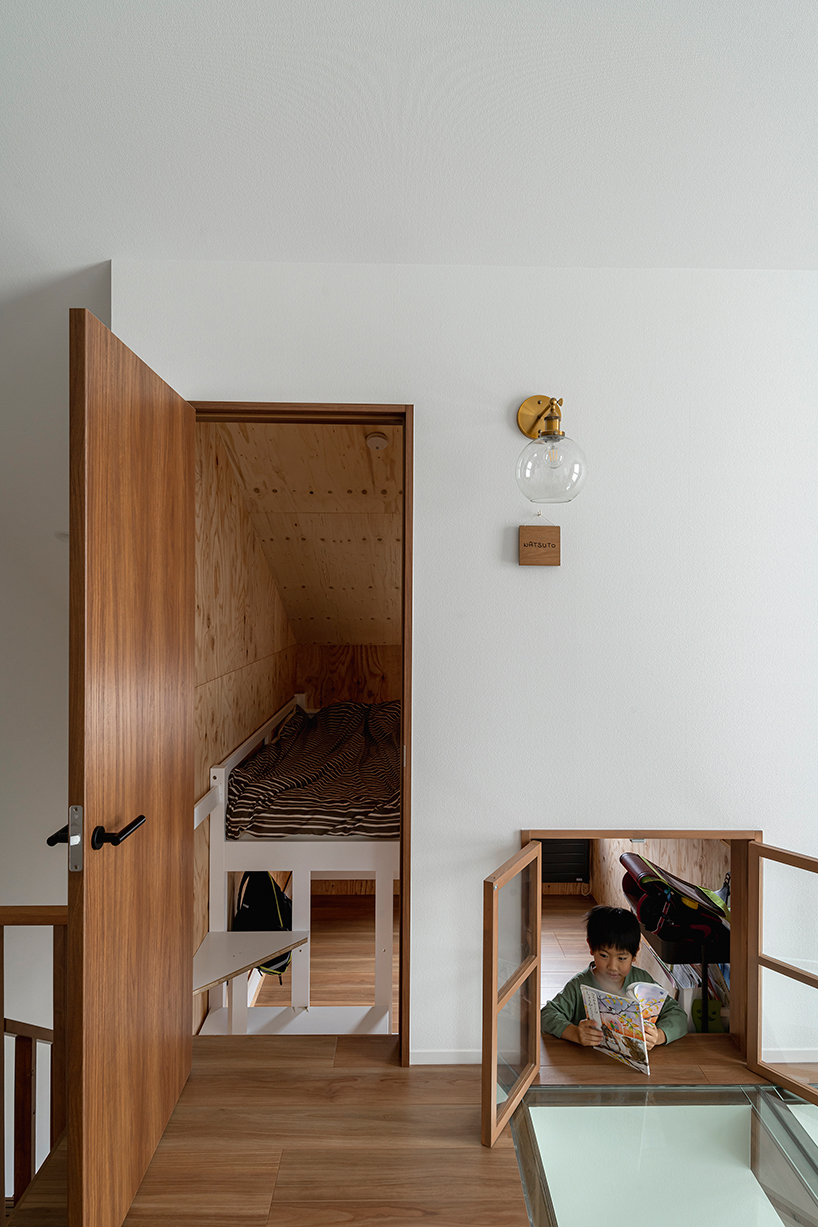 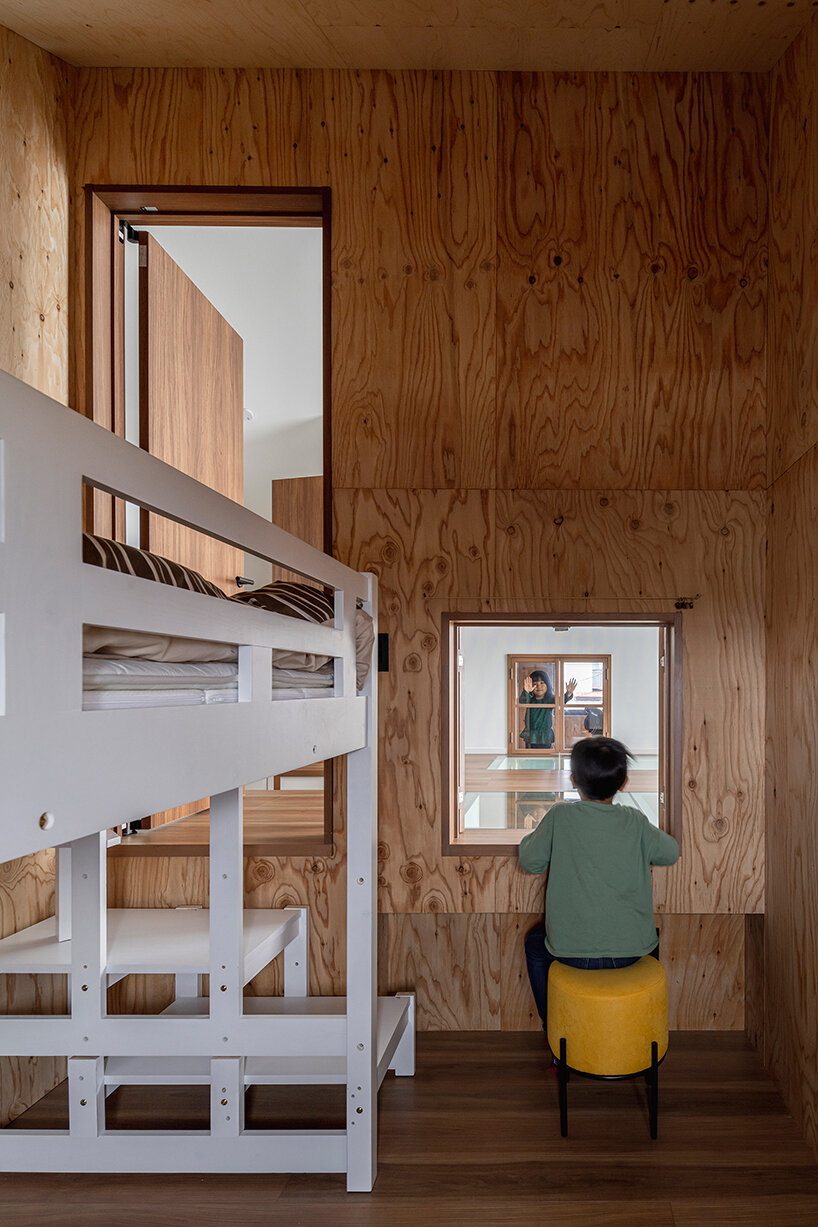 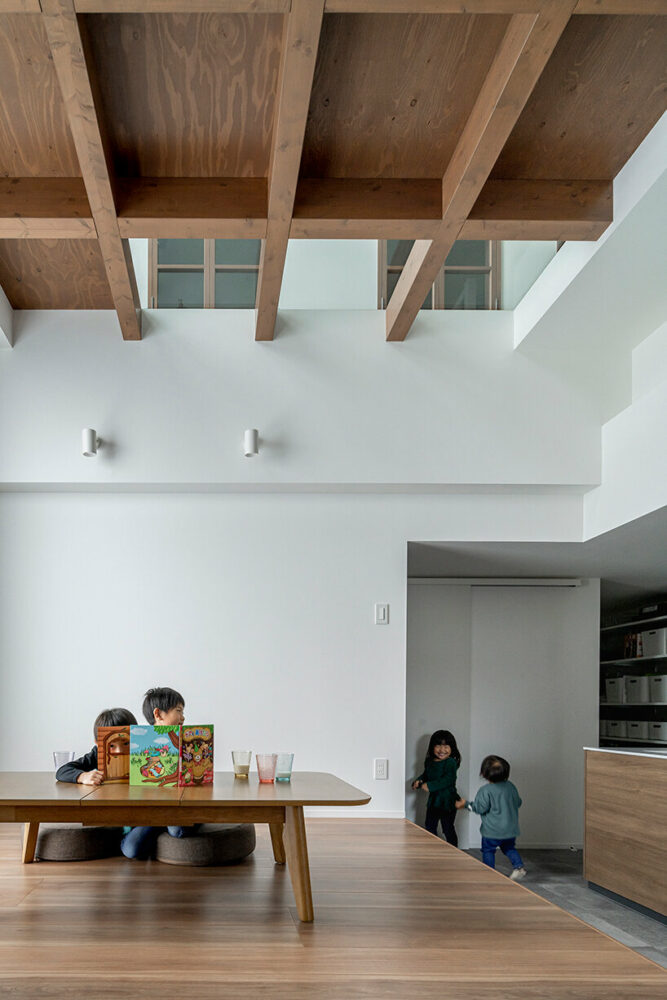 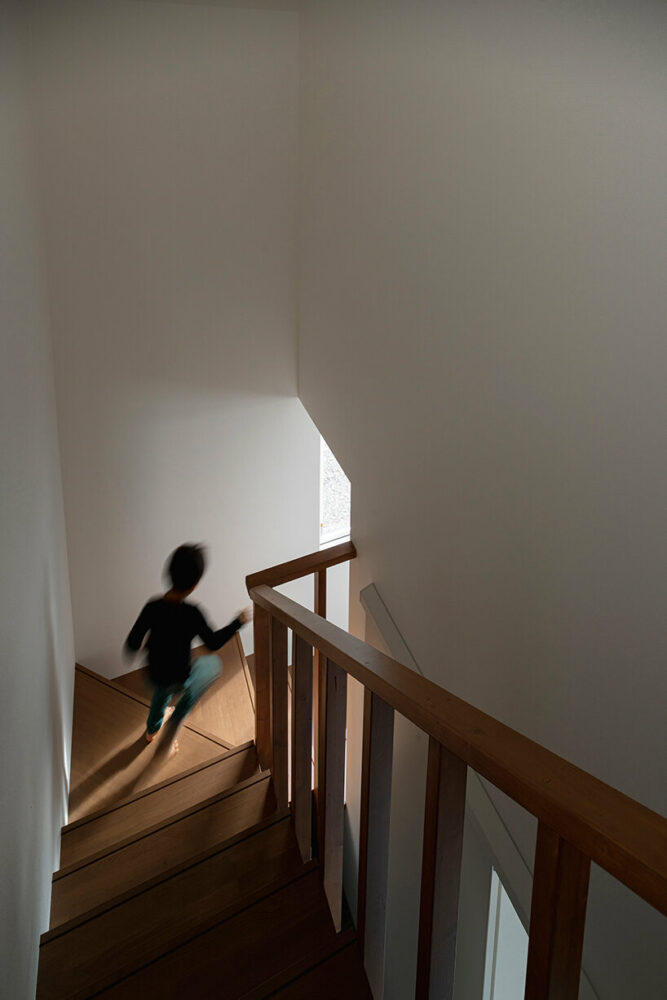 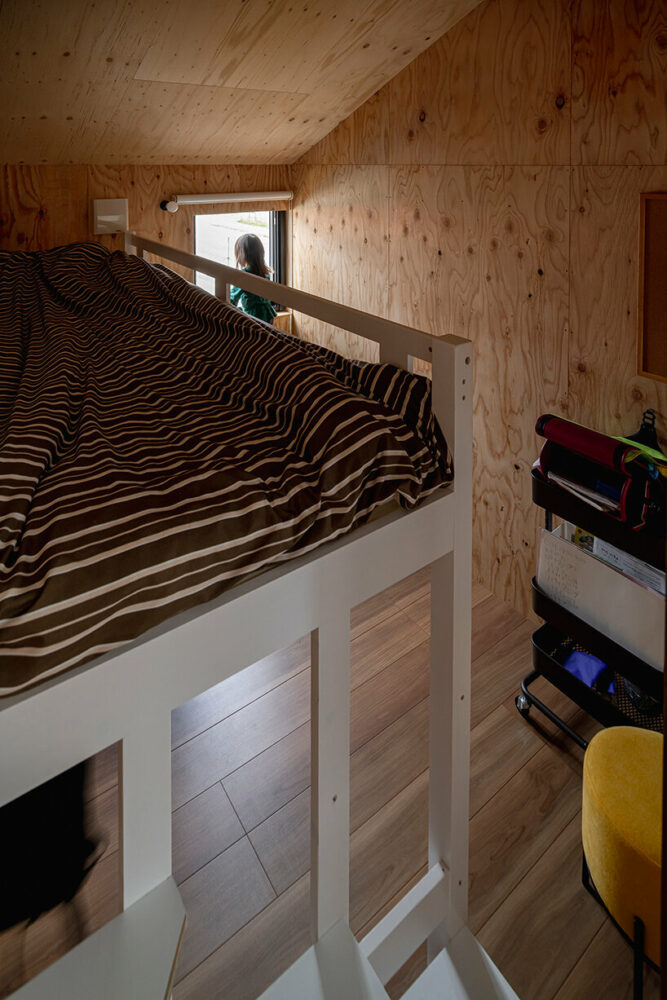