S-AR has completed ‘casa cosmos’, a small, single family house located nearby puerto escondido on the pacific coast of the state of oaxaca, mexico. the house is composed of three main elements: a concrete nucleus that encloses the main living spaces; an external grid of beams and columns also made of concrete; and the roof, which functions as a lookout towards the landscape. a skin of a mechanical wooden lattice replaces most walls and windows and reinforces the home’s strong relation with the surrounding landscape. 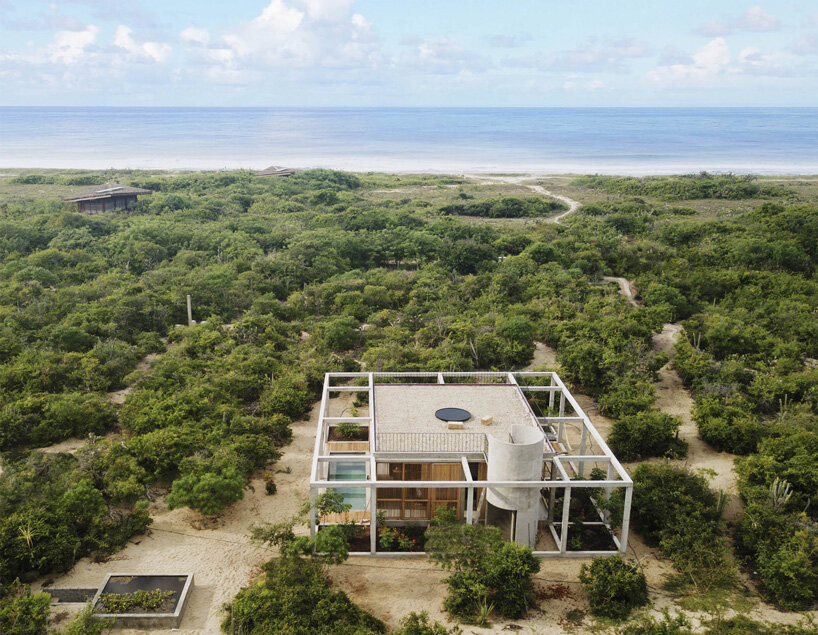 S-AR has built the first element, the nucleus of the house, with concrete slabs and columns with a brutal finish. formed as an almost perfect squared floor plan, this element encloses the project’s reduced program, which includes one bedroom, kitchen, dinning and living rooms, and a bathroom. the external grid made of concrete beams and columns with a smooth finish wraps around the nucleus, forming the home’s exterior spaces. 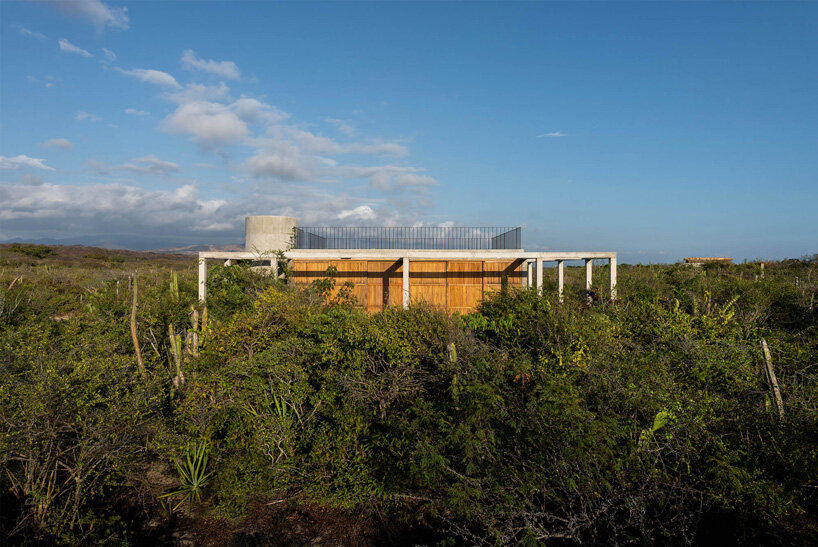 the grid is connected to the central nucleus, which allows the extension of activities of the whole house to the exterior. its form generates patios, terraces, perimetral circulation and a pond, while modifying the perception of the real dimension by the experience of inhabiting the house. the building’s roof, which functions as a lookout towards the landscape, holds a water mirror for ‘reading the stars, constellations and the cosmos that surround us at night’, as S-AR notes. 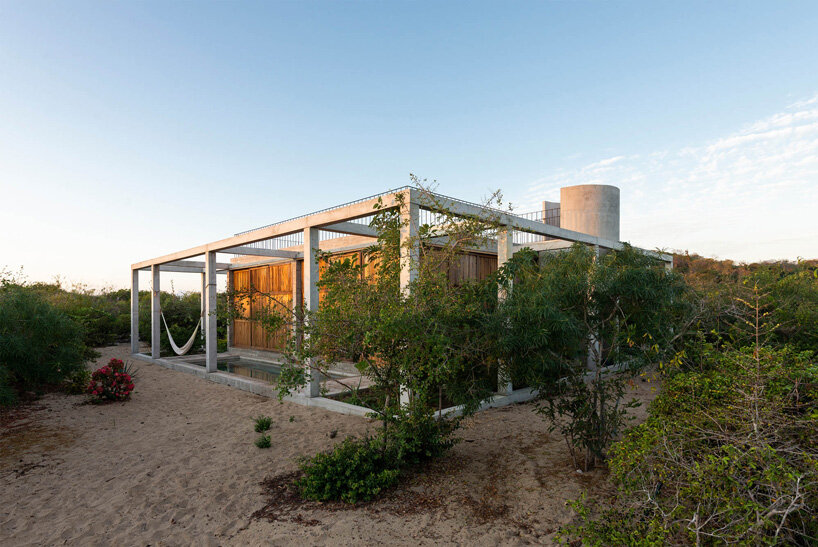 the house is complete with a mechanical wooden lattice that protects its interior when not in use and provides different levels of privacy when inhabited. the outer concrete grid embraces and incorporates the existing vegetation, blurring the boundaries between architecture and landscape, which are transformed by the seasons and uses that the inhabitants will give to the structure. the constructive system is based on a grid of columns and beams, which form a house of 78.7 sqm interior, and 100 sqm total, counting the area covered by the exterior structure of the house. 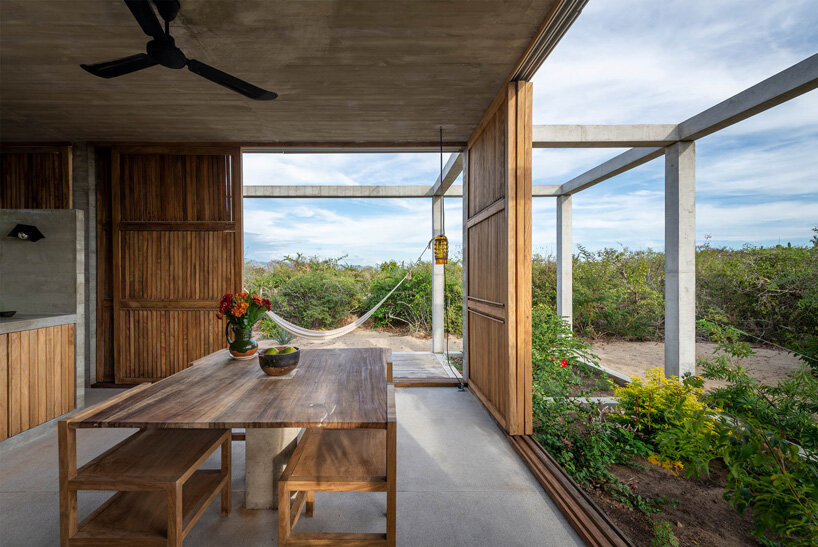 ‘one of the main design ideas of the house is the use of the structure in a reticular form that could respond to its situation within a seismic area,’ explains S-AR. ‘this way it would answer after telluric movements coming from any direction. in the same way, the selection of materials provide rigidity, durability and low maintenance to the house. the use of wood makes the space feel warmth, and adds temporality as it will change over time. seen this way, the house is a process of transformation related to the site, its vegetation, seasons, constellations, and surrounding nature.’ 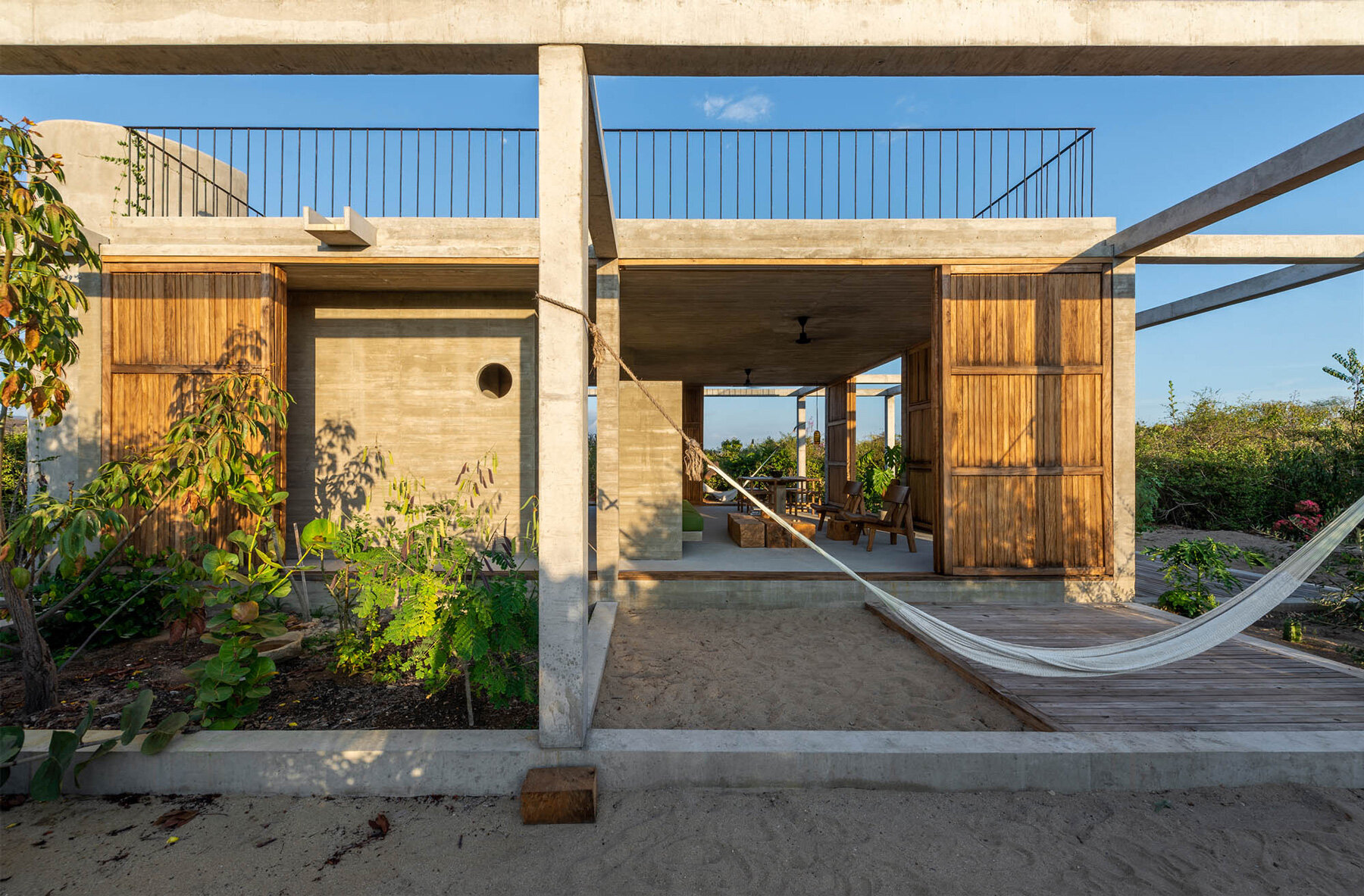 the mexico-based studio has used two main materials to build the house, prioritizing locality, low maintenance, durability, and rational understanding. the first is concrete (constructive system highly used in mexican architecture), which provides structural resistance for the seismic zone, high durability, economy and low maintenance. the second is wood (from the endemic tree macuil) that offers flexibility on the enclosures, human scale, and the relationship of the house with its immediate surroundings, not only through the views but also through temperature, sound and wind. all the water derived for the usage of the house is filtered by a cistern of sand and stones. 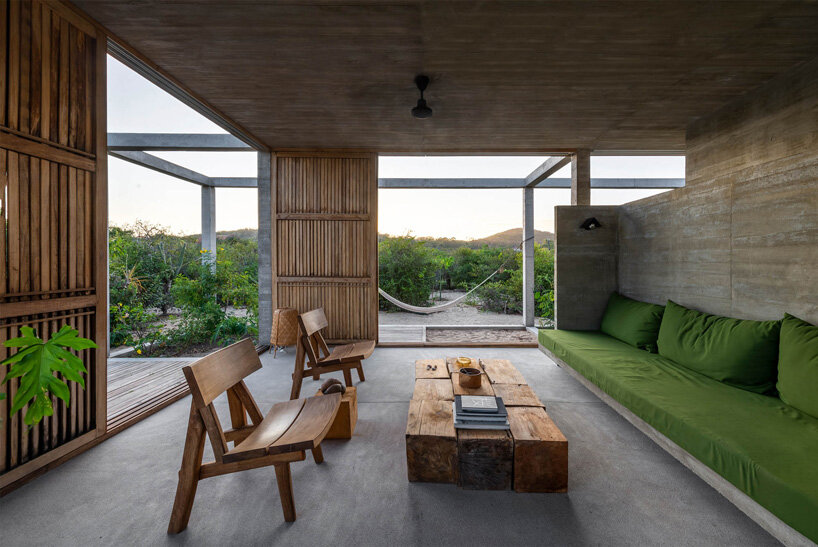 the use of existing local resources and human creativity was a constant during the building process of the house. ‘the entire construction team was formed by local operators,’ says S-AR. ‘they were trained through constant constructive trials of the different uses of concrete. structure, walls, floors and other finishes were made this way. the woodwork was made by local artisans who developed the mechanical opening and movement of the wooden doors and shutters. this contributes to the growth of the local crafting and enriches architecture itself. the final result comes from the collaboration between local labor and architects.’ 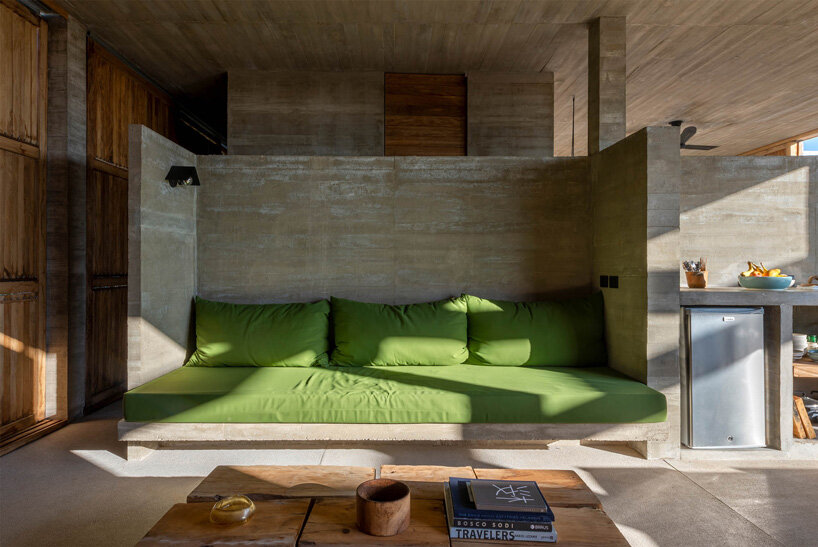 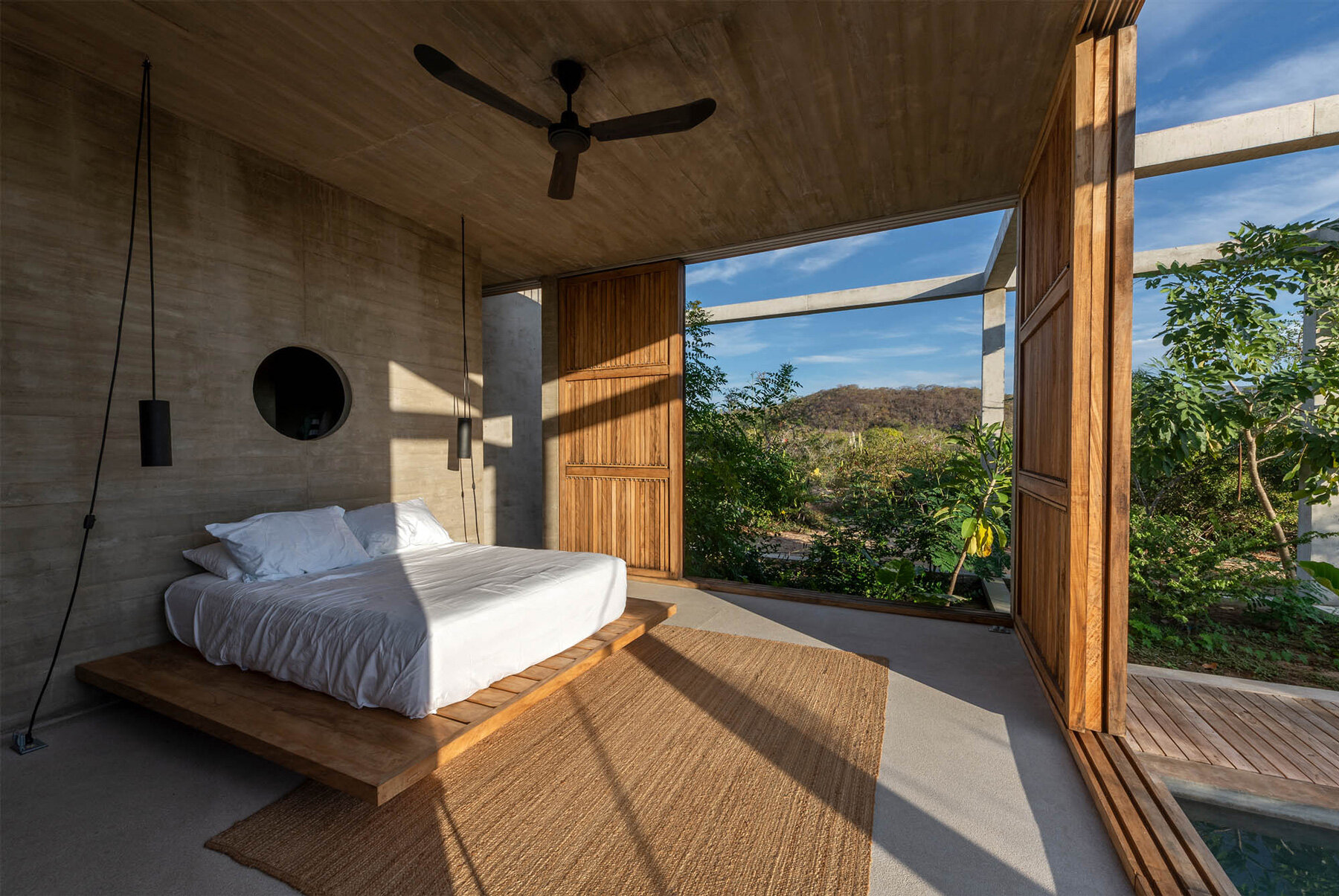 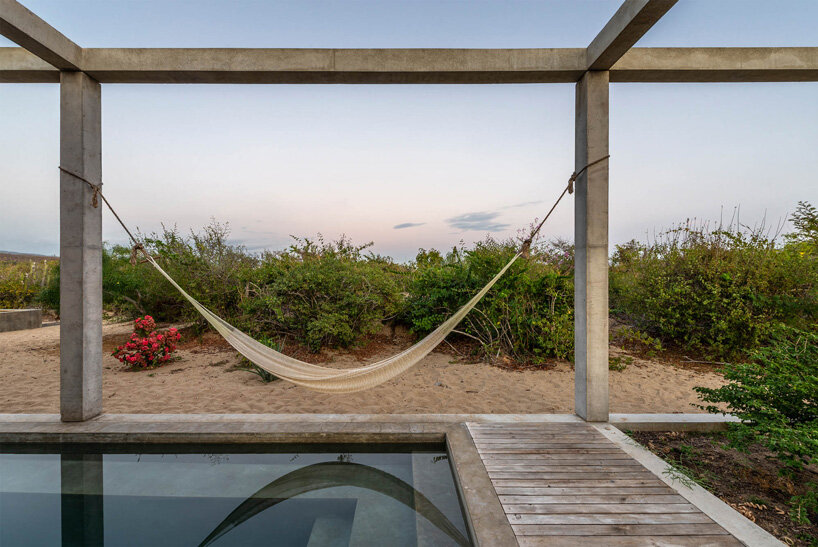 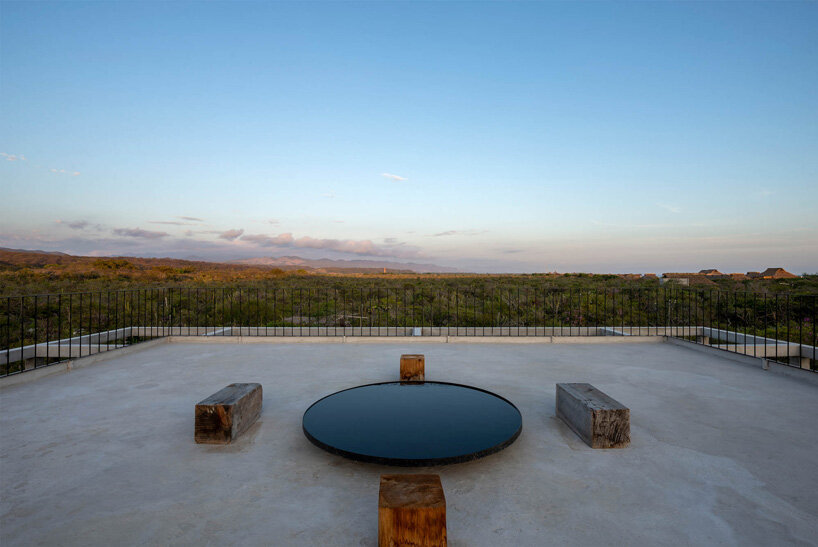 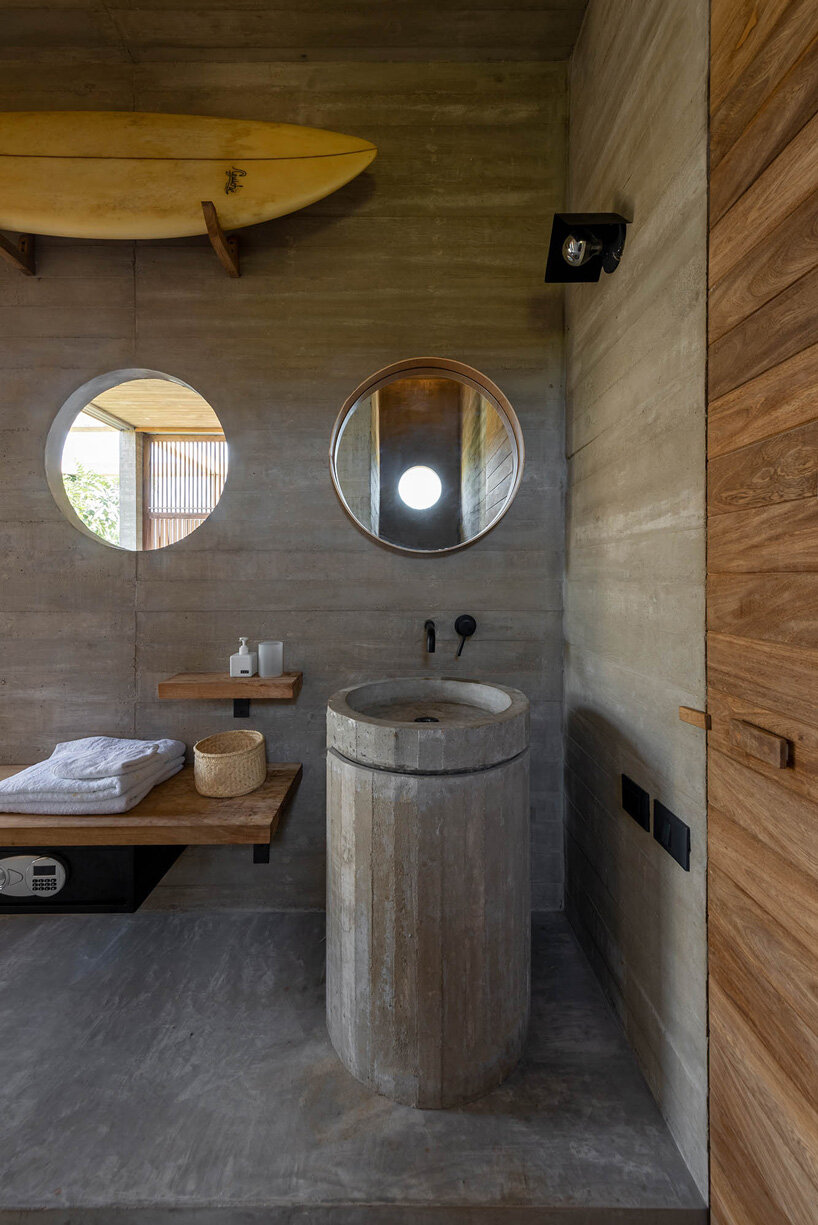 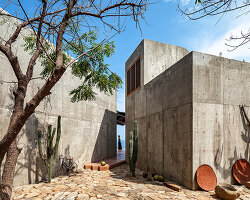 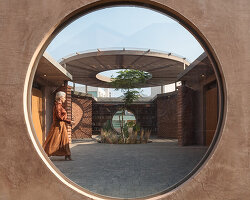 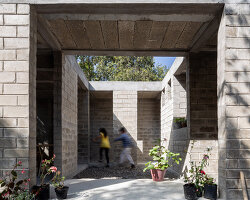 Aug 12, 2021
palma designs a house with a courtyard as part of earthquake reconstruction in mexico 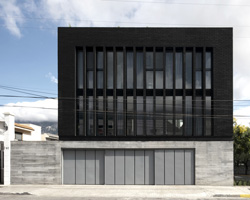 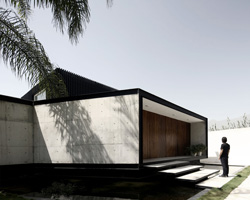 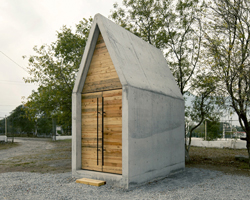 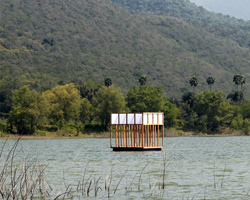 Sep 06, 2018
cámara catamaramétrica is a floating pavilion exploring the waters of a mexican lake, by S-AR