safdie architects has released a short film documenting its ‘jewel changi airport’, marking the project’s one-year anniversary. forming an important part of singapore’s main airport, the centerpiece of the design is the world’s tallest indoor waterfall. this is surrounded by a ‘forest valley’, a four-storey garden filled with thousands of plants and trees. meanwhile, the site also includes recreational facilities such as climbable sky nets, a hedge maze, and a series of slides. 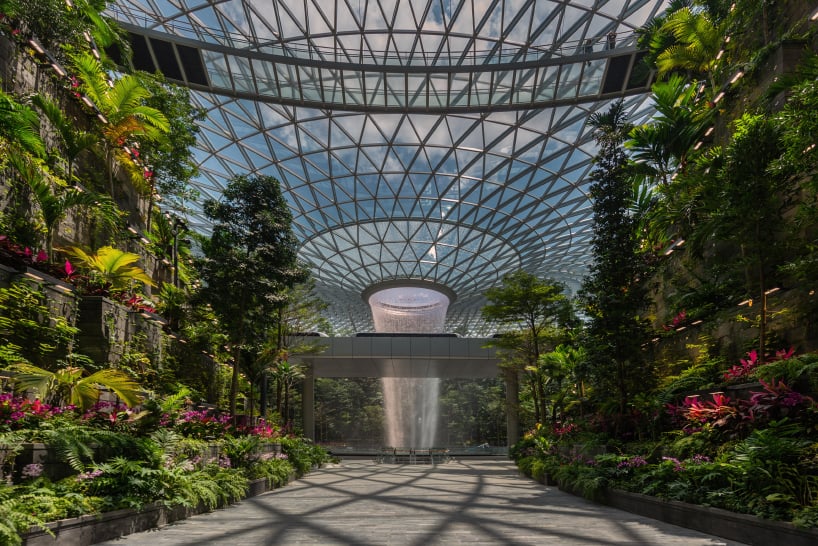 filmed by helen han, ‘garden of wonder’ is a 4-minute feature that can be seen at the top of this page. the short movie captures the structural elegance of safdie’s design and offers a glimpse into the ways in which the community-centric program fosters connectivity in the airport’s normal day-to-day use. through her work, han — who is principal of helen han creative — focuses on the experiential dimension of architecture and the articulation and unfolding of multiple narratives through various modes of representation. 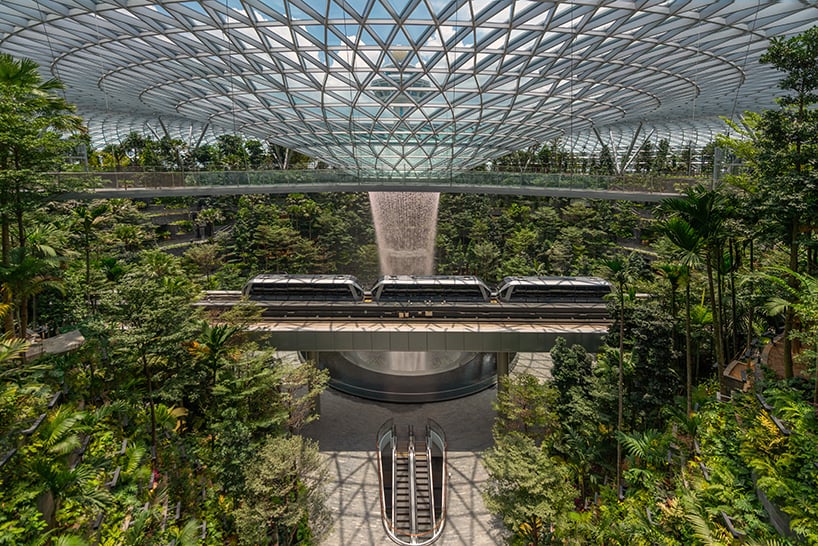 ‘jewel weaves together an experience of nature and the marketplace, dramatically asserting the idea of the airport as an uplifting and vibrant urban center, engaging travelers, visitors, and residents, and echoing singapore’s reputation as ‘the city in the garden’,’ says moshe safdie. see designboom’s previous coverage of the project here. 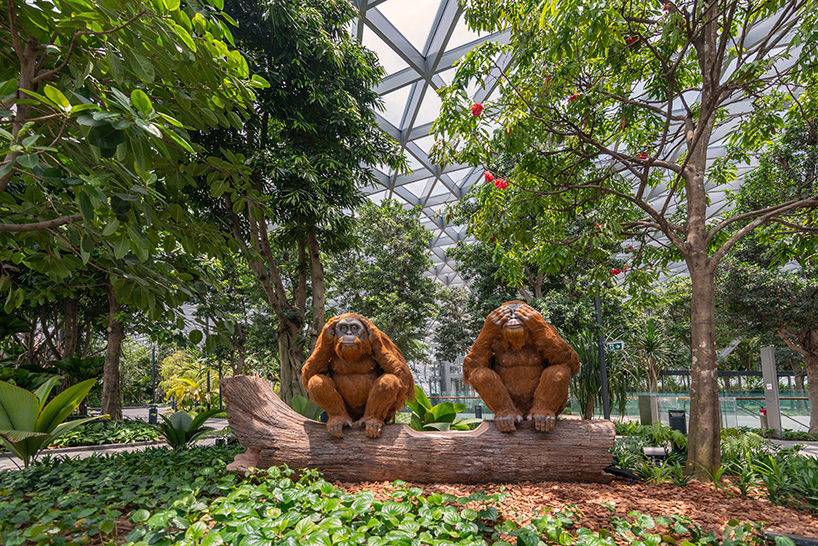 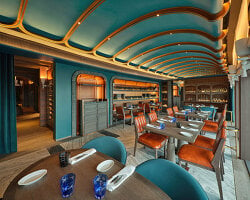 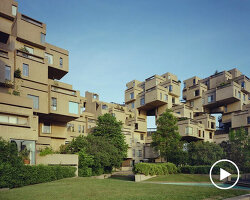