danish architecture firm SAGA has designed a prototype for a moon-friendly habitat with an origami-inspired design. combining the principles of japanese origami folding with the method of biomimicry, architects sebastian aristotelis and karl-johan sorenson have developed a lightweight and strong structure that can unfold and expand up to 750 times its original size.

before actually launching the structure to the moon, the danish duo visited northern greenland to trial this project dubbed ‘lunark’ and gather important data about its performance. for two months, the team tested the structure, themselves, and technologies for future moon missions while enduring -30°C, hurricane winds, and hungry polar bears (read more here). 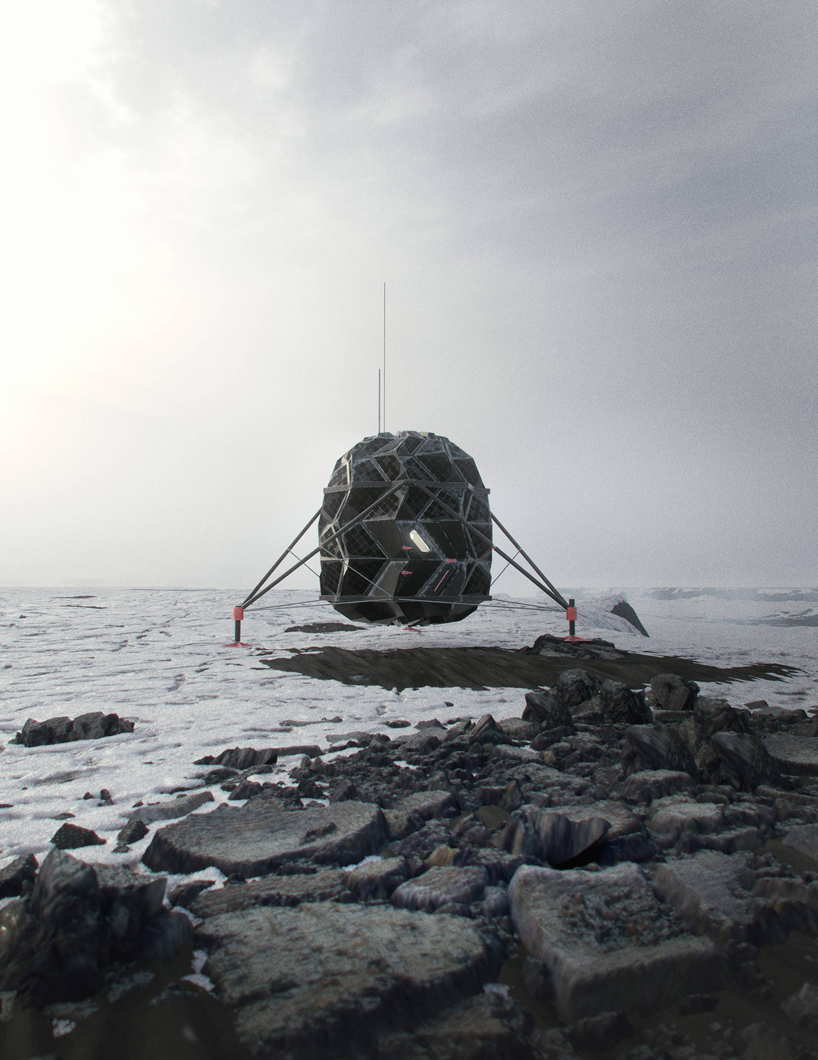 all images courtesy of SAGA

SAGA imagines the inside of the lunark moon habitat being divided into sections for sleeping, studying, and other aspects of normal life. meanwhile, a vertical farm inside the habitat would help support the space traveller’s necessary food intake.

however, the danish architects intended to create an environment where astronauts won’s just survive, but will thrive. ‘a key factor for psychological and physical well-being is the need for a stable circadian rhythm, which the moon lacks due to its 28 day-night cycle,’ the duo explains. ‘our custom-made circadian light panels bathe the interiors in pseudo-natural daylight, accurately emulating the subtle hourly variations of natural daylight here on earth.’  this circadian system helps individuals keep sleep patterns, using a ceiling that slowly changes color throughout the day. the architects are also developing a weather simulator that might display a storm one day and a rainbow on another. 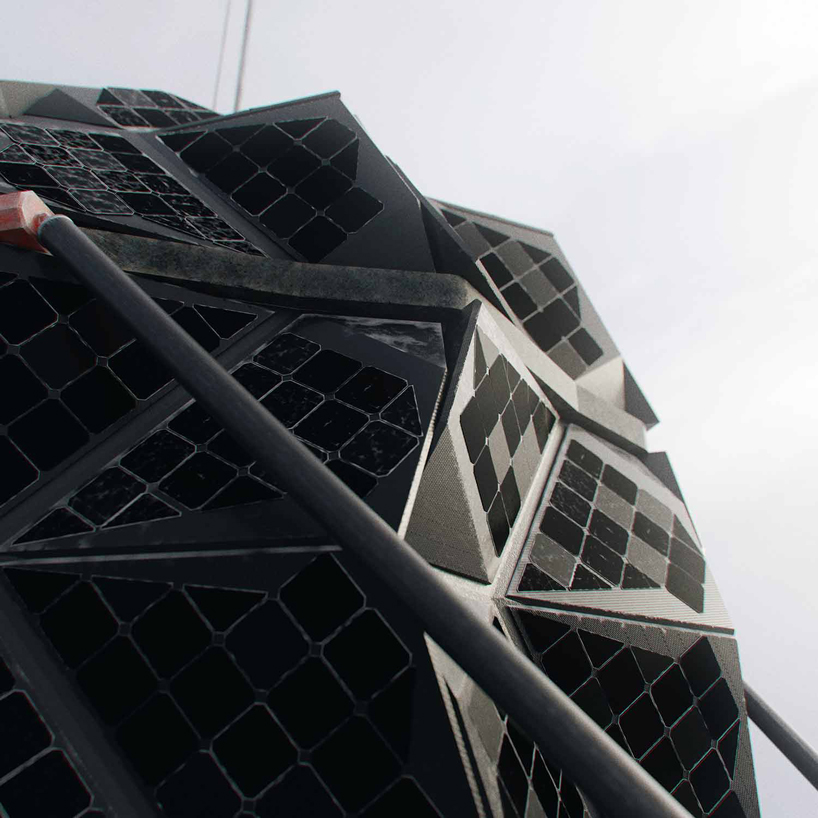 the design of ‘lunark’ is deeply inspired by the art of origami. initially, the structure appears as a large leaf, or a bud, which then unfolds into a protective habitat. the exterior is covered in solar cells to maximize energy generation, while heavy insulation will help combat both -40 degrees celsius temperatures and winds up to 90 kilometers per hour. using reinforced folding panels not only creates a strong structure but also makes transporting the unfolded habitat incredibly easy. from compact to unfolded, the habitat expands its volume by 560% and fits into a standard shipping container or a rocket when collapsed.

SAGA has also developed what they call a digital twin to the habitat, which monitors the current state of the habitat, using AI to stay ahead of necessary maintenance and print replacement parts with an onboard 3D printer. 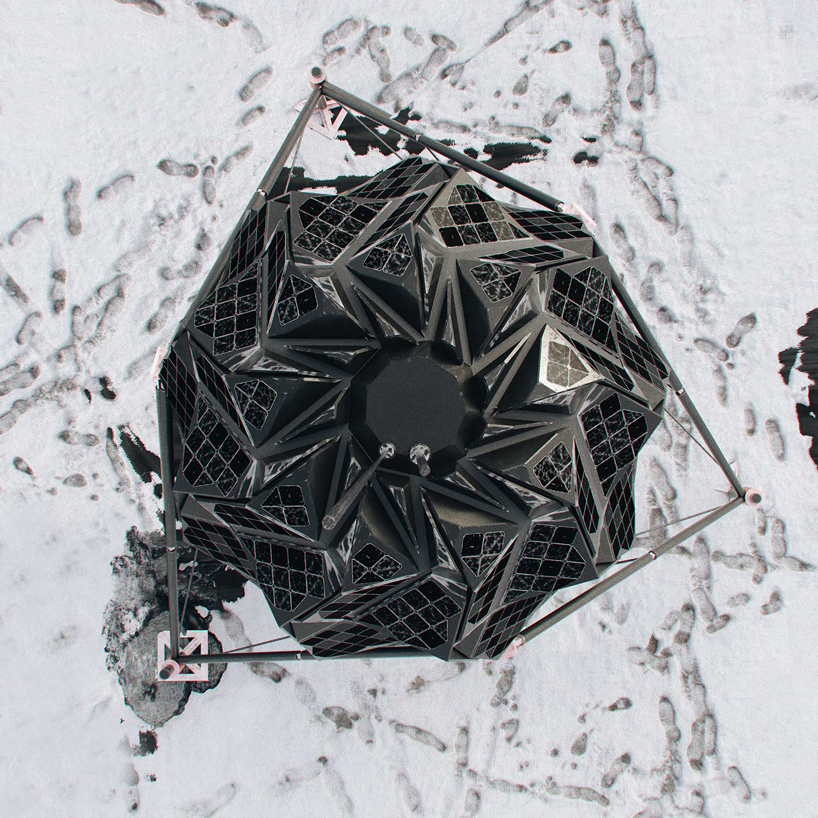 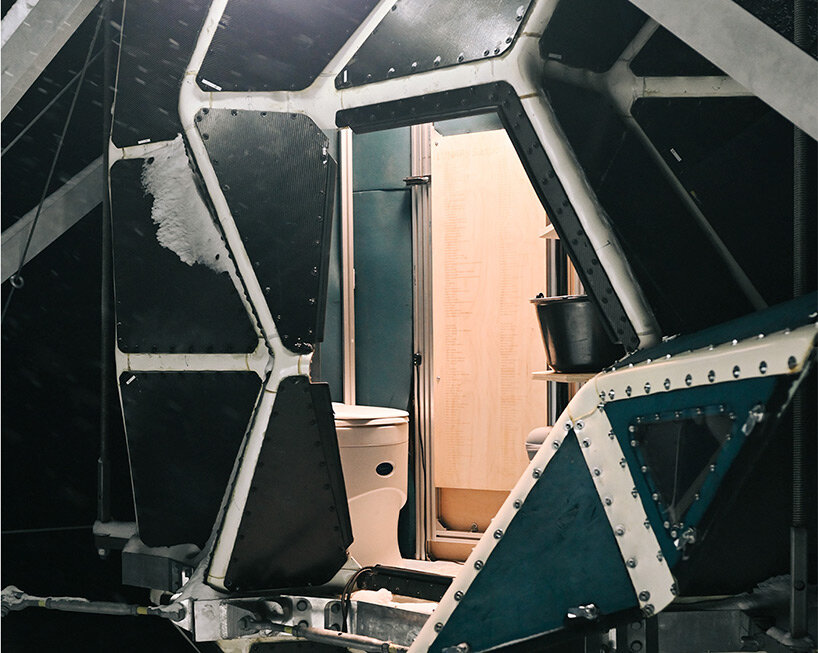 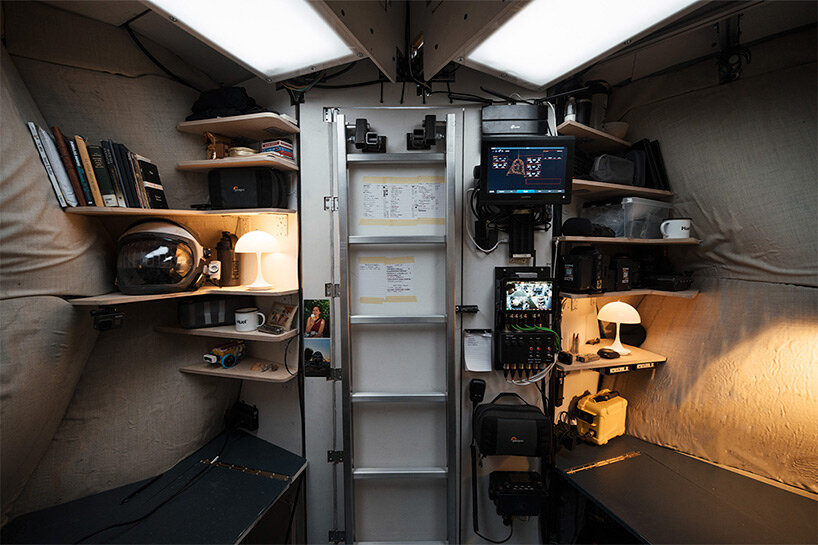 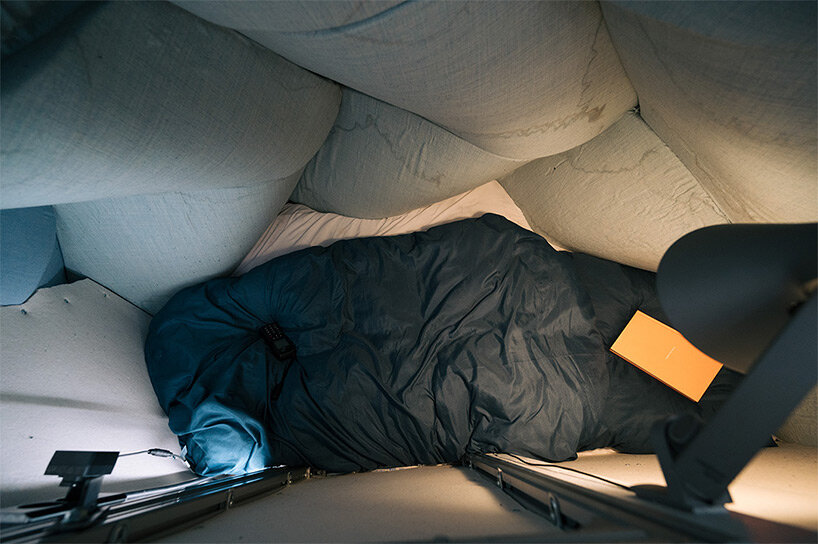 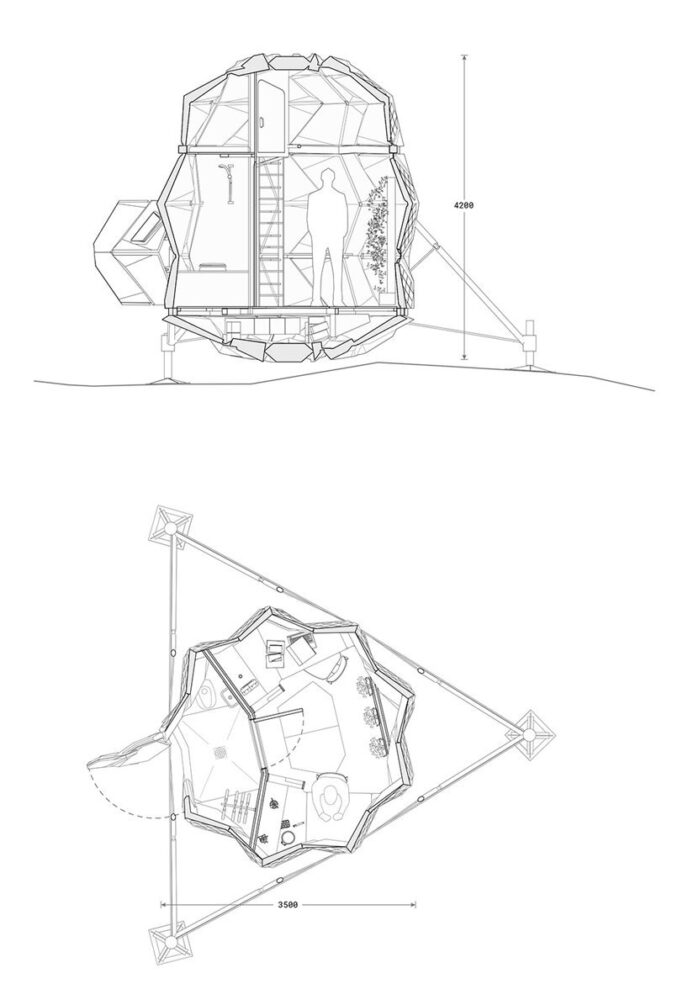 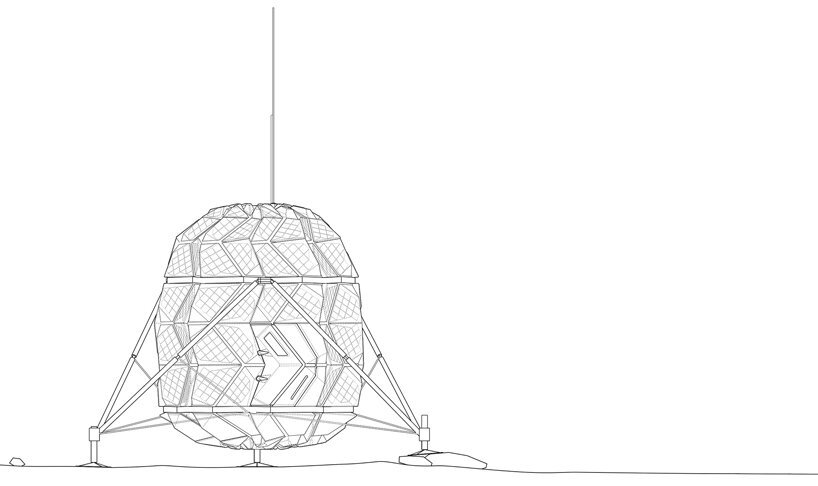 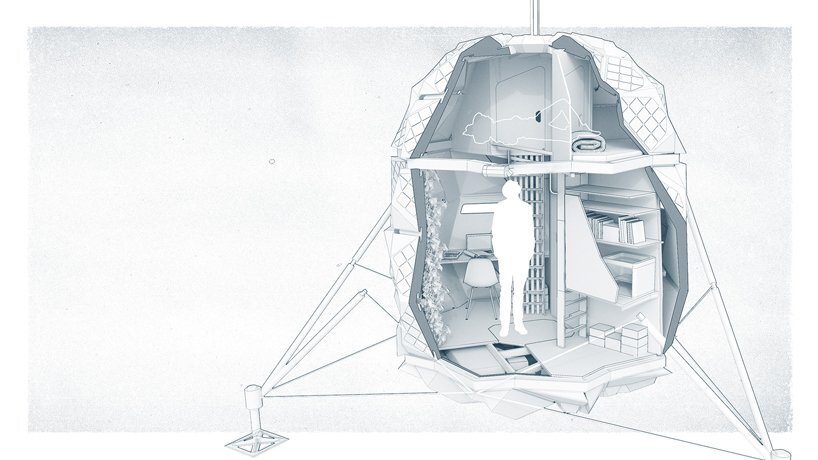