construction has begun for musée louvre-lens atop an abandoned mine field near the city of lille in northern france. co-designed by tokyo-based SANAA, new york-based imrey culbert, and paris-based mosbach paysagistes, the new branch of the cultural institution will span 300,000 square feet of new construction, devoting over 75,000 square feet to galleries and visitable storage areas for hundreds of treasures from the louvre’s collection.

the 153 acre site is slightly higher than its surrounding. as a result, the design strategy calls for a series of five pavilions – low one-story structures that will grace, enhance, and dissolve into the landscape rather than overpower it.  all of the buildings, whether reflective or transparent, will meander slightly along with the gentle curves of their location. to actually fuse nature with the structures, highly reflective polished and anodized aluminum façade will clad the volumes, creating blurred reflections of the surroundings, changing with the scenery, the weather, and the position of the person viewing it.

‘the design is said to be reminiscent of the louvre in paris with its two outstretched wings,’ says imrey culbert. ‘we conceived this new louvre to be everything the palais louvre is not, and sought to create transparency both literally and figuratively.’

the two easternmost pavilions will stand as the principal exhibition halls, one being the opaque galerie du temps (gallery of time) – a semi-permanent exhibition of artworks regardless of styles and places of origin and arranged in chronological order, which is a striking departure from the way art is exhibited in the paris louvre. the center pavilion, a square glass volume will serve as the main reception area and a public space for the local population and will house a multimedia library, museum store and cafeteria. an introductory gallery, accessible via a large staircase, will stand as a place where visitors can peer down onto the museum’s reserves and the studios where artworks are prepared for display. the main storage area will be open to small groups of 15 people per tour. the next pavilion will house temporary exhibitions, and the final will host a 300-seat auditorium.

since it was founded in 1793, the louvre has been a national museum whose collections and skills are available to the entire nation and whose mission is to reach out to regions beyond paris. this expansion will have its own departments and a full range of artistic, social, and educational programs and activities. though it won’t have a collection of its own, it will be filled with works of art from the collections of the louvre that will be on temporary exhibition. the works will be presented in new and innovative ways, giving them new meaning and making them more culturally accessible. one of the museum’s objectives will be teaching the public how to look at art. works will be presented in an educational context, which will draw heavily on the latest information and communication technologies. to make the works easier to understand, the collections will be displayed transversally, reaching beyond the limits of the traditional museum departments, thus giving visitors a new understanding of the works. 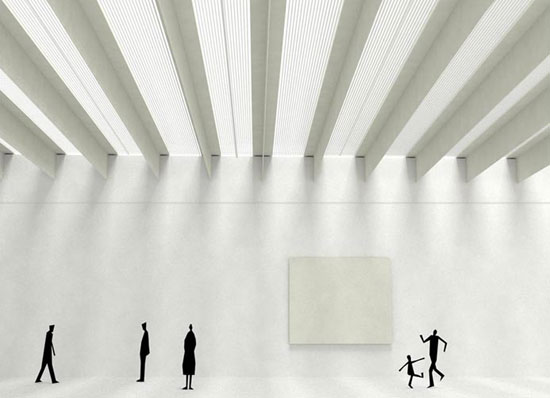 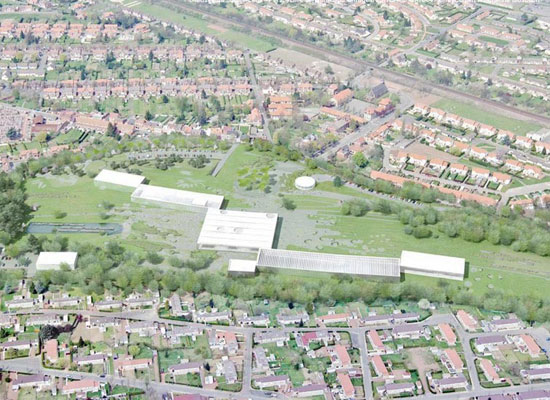