SANAA, the japanese architecture firm led by pritzker laureates kazuyo sejima and ryue nishizawa, has completed a new campus for bocconi, a private university in milan, italy. the new campus — previously featured on designboom here — includes: a 300-bed residence hall; the new headquarters of the bocconi school of management, comprising three fluidly shaped buildings; and, finally, a park and multi-purpose center featuring an olympic swimming pool. only half of the 35,000 square meter site is occupied by new buildings, with the remainder dedicated to outdoor areas and green space. 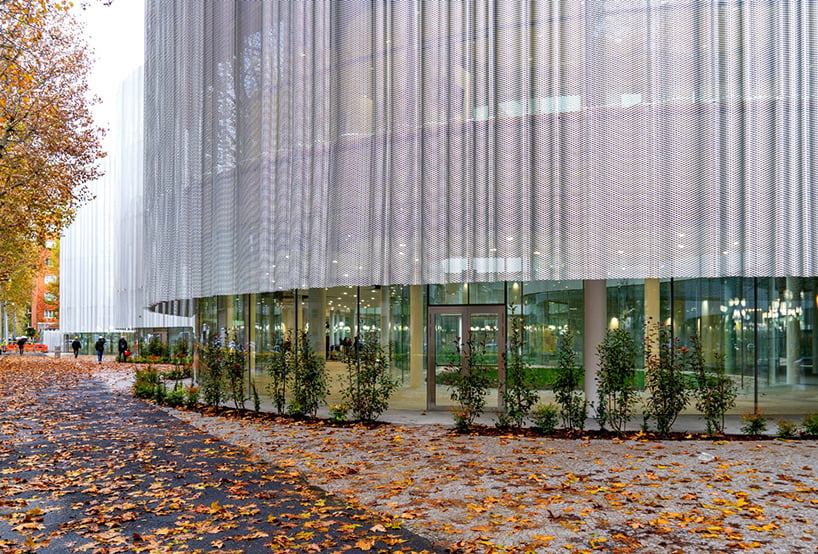 all images courtesy of bocconi

the new bocconi campus is part of a broader development that considers environmental sustainability, energy saving, and optimal landscaping in the context of milan’s zone 5. the design, which was originally expected to cost €130 million, revisits the porticos and the cloisters of historical milanese palaces. however, in a modern twist SANAA has created a series of communicating courtyards and gardens. the site’s various structures have been positioned to allow a smooth flow of people across the site. 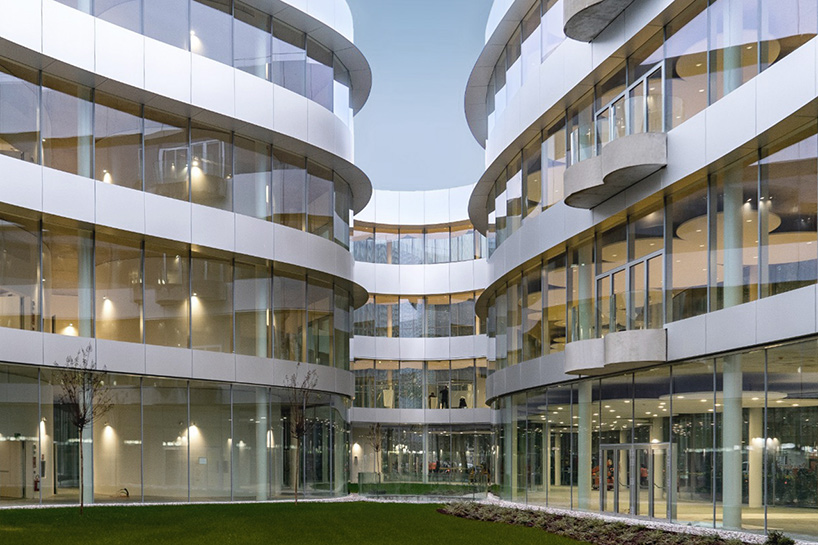 a sense of transparency and openness is fostered throughout, with exterior walls clad in an undulating translucent screen. open to the public, the three-storey sports center will include the city’s first olympic-sized swimming pool at ground level, while the second floor will contain areas for basketball and volleyball, a fitness center, and an indoor running track. the campus’ inaugeration coincided with the start of 2019/2020 academic year. see designboom’s previous coverage of the project here. 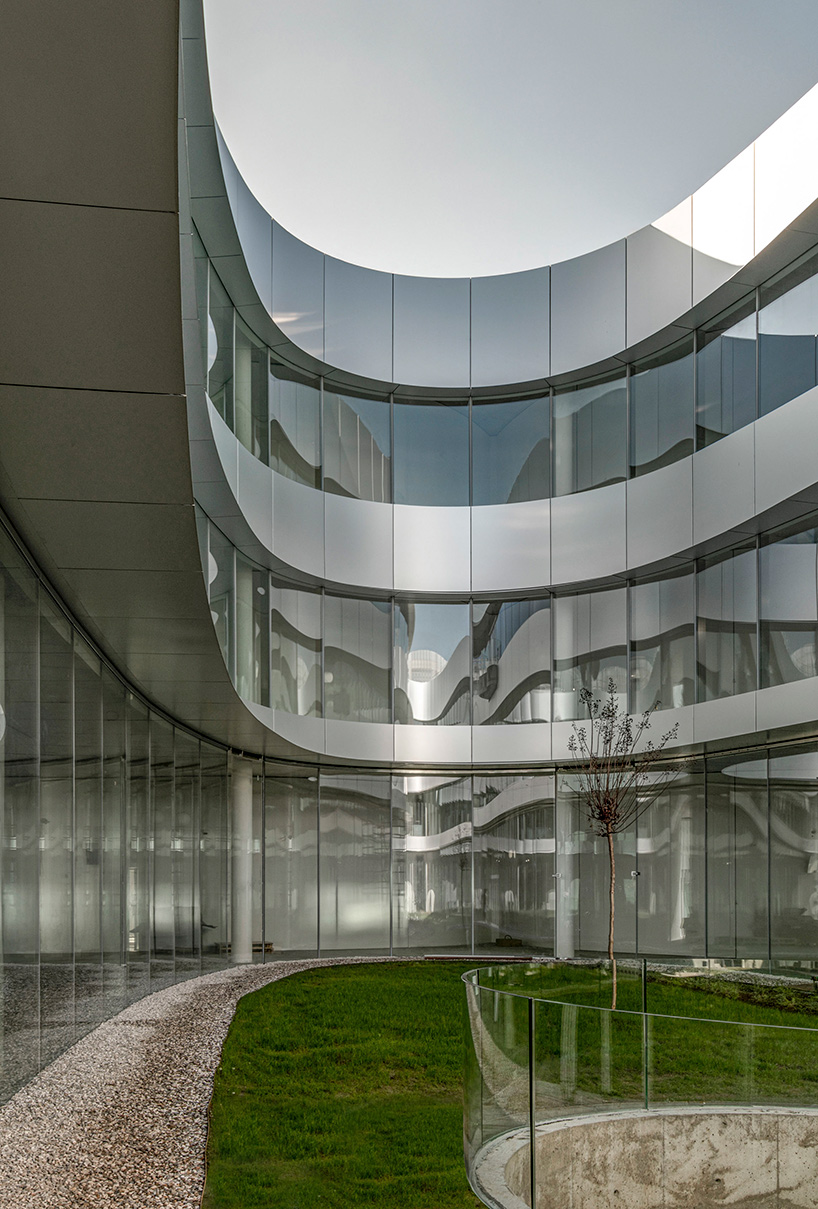 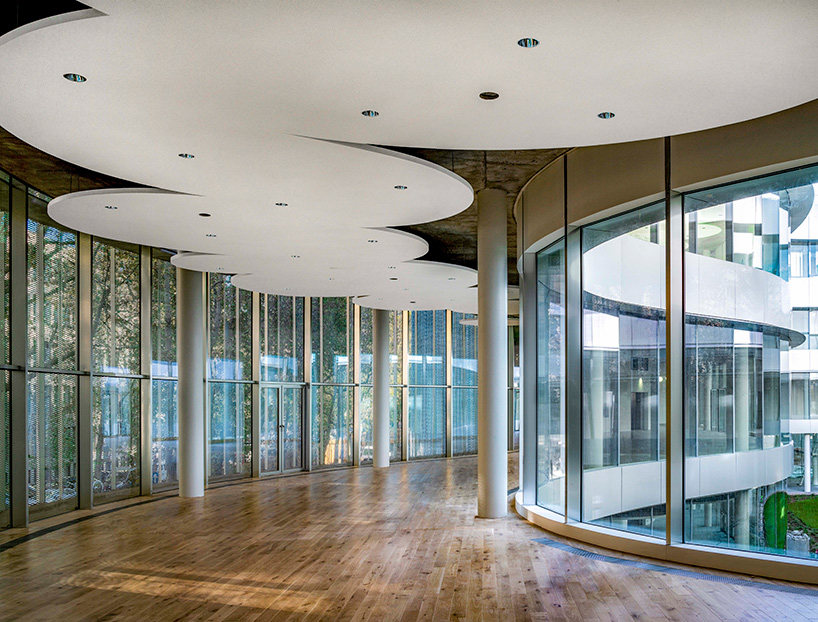 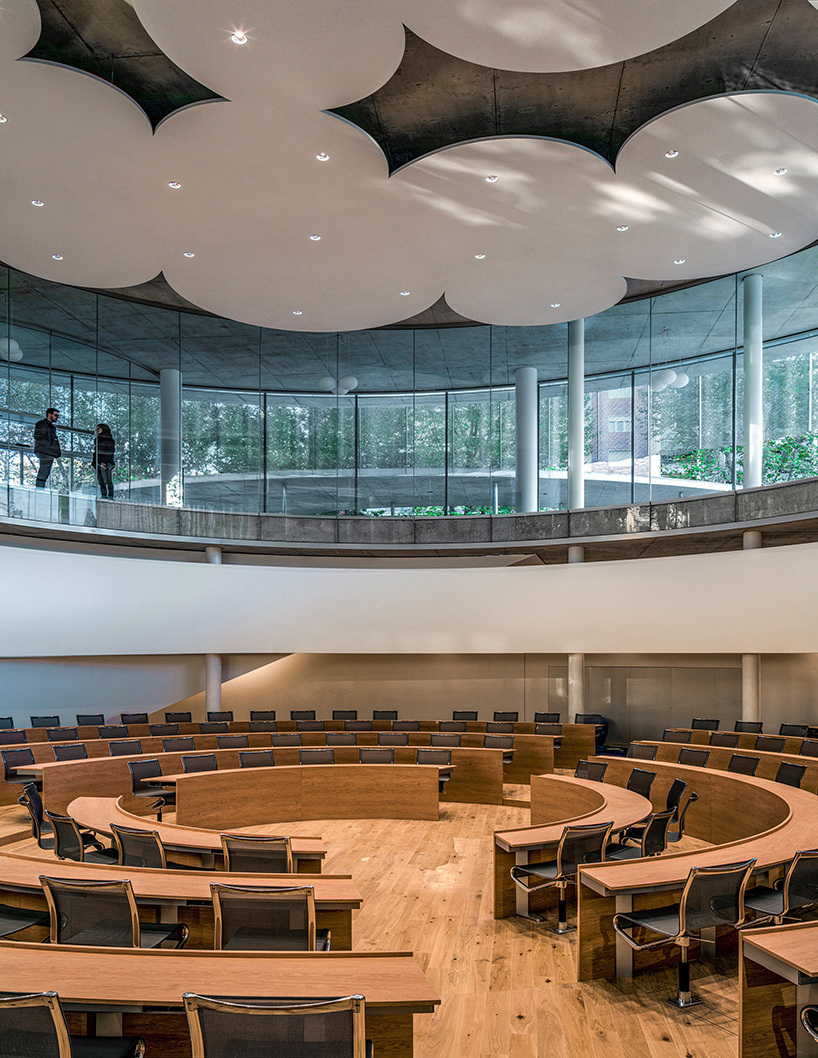 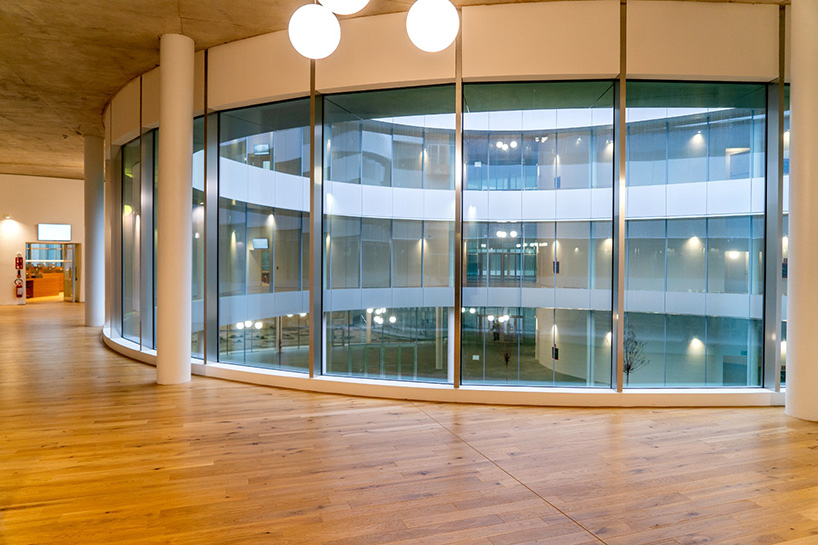 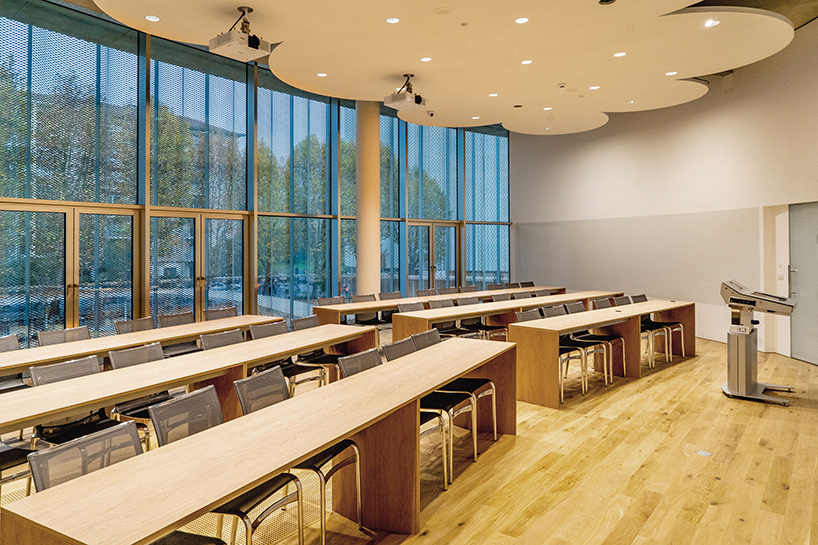 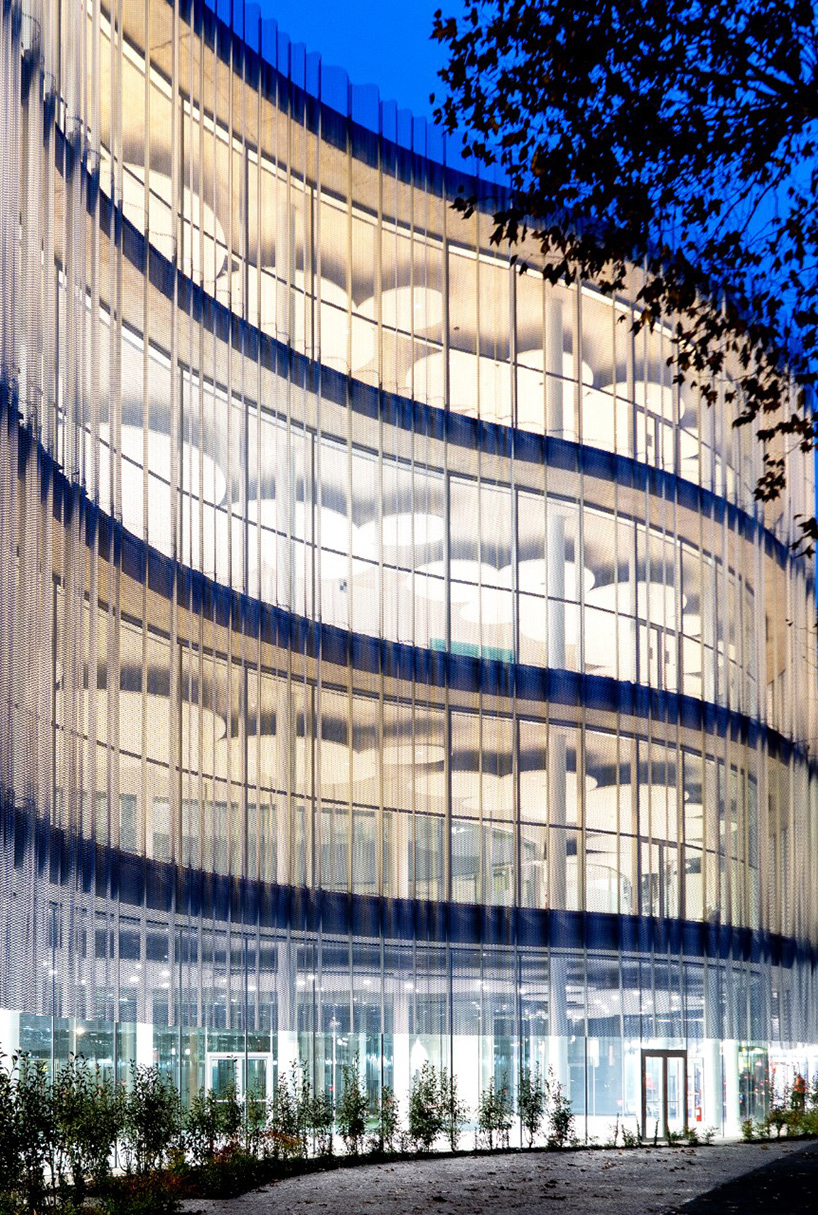 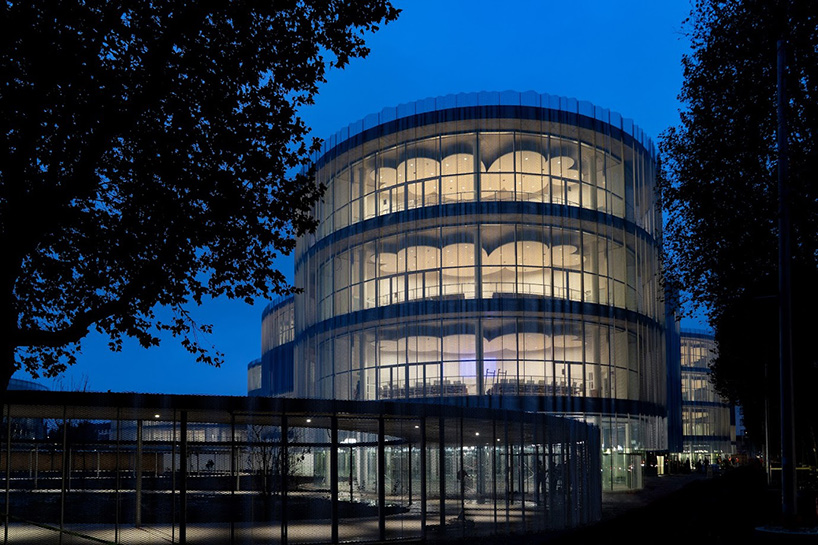