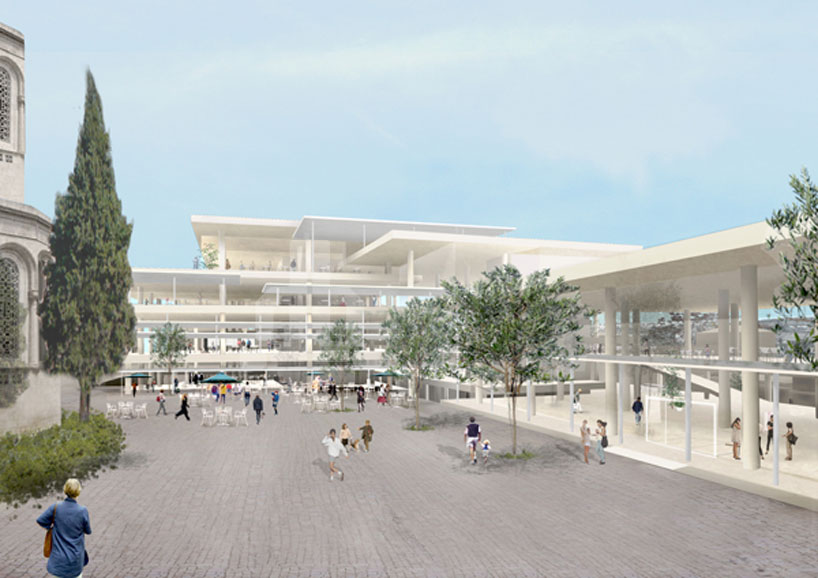 the plans for the new downtown jerusalem campus of belzalel academy of art and design by SANAA, in collaboration with local architects nir-kutz, have been unveiled. positioned within the city’s historic russian compound between the holy trinity cathedral and the museum of underground prisoners, the site was chosen by the government of israel, the jerusalem municipality, and the school for its status as a multicultural meeting place. the structural framework of the 400,000-square foot building is an arrangement of horizontal slabs, which are layered on top of one another at varying heights in such a way that they follow the topography of the surrounding area. the various sized blocks collectively form a roofed terrace offering views of the holy surroundings. 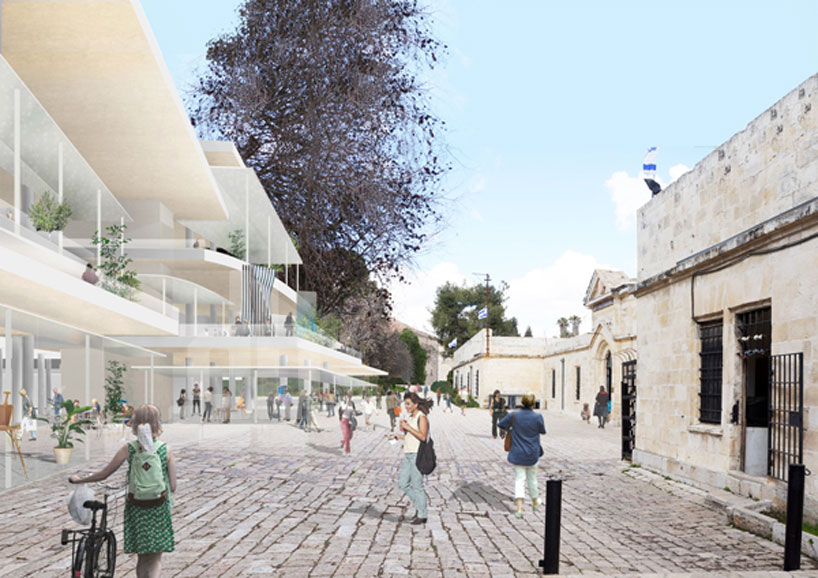 the interior is composed of a series of multi-level spaces where faculty and students can easily meet, study and present their work, with extensive glazing allowing floods of natural light to filter through. programs include a host of classrooms, two auditoriums, studios, an operational area and various workshops. the move of bezalel to a more centralized location within urban social texture, will reinvigorate jerusalem’s downtown core, bringing young creatives and their art back to the streets. a generous gift of $25-million USD from the jack, joseph and morton mandel foundation, part of the academy’s $100-million USD capital campaign, will help fund the construction of the new campus which is set for completion in 2017. 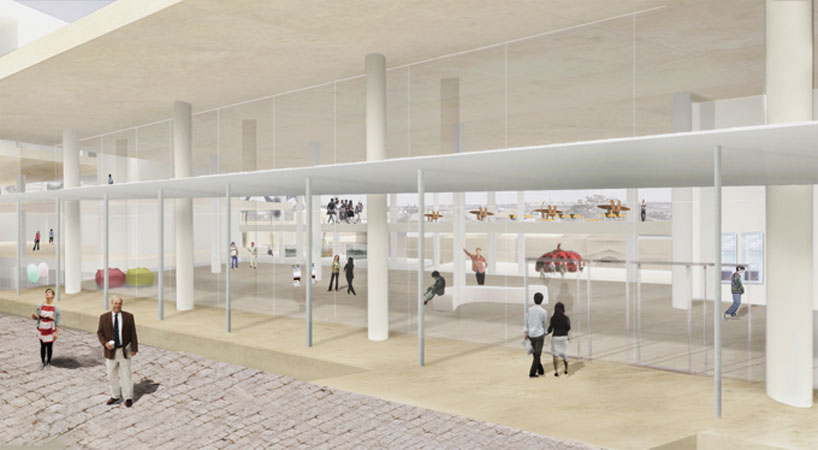 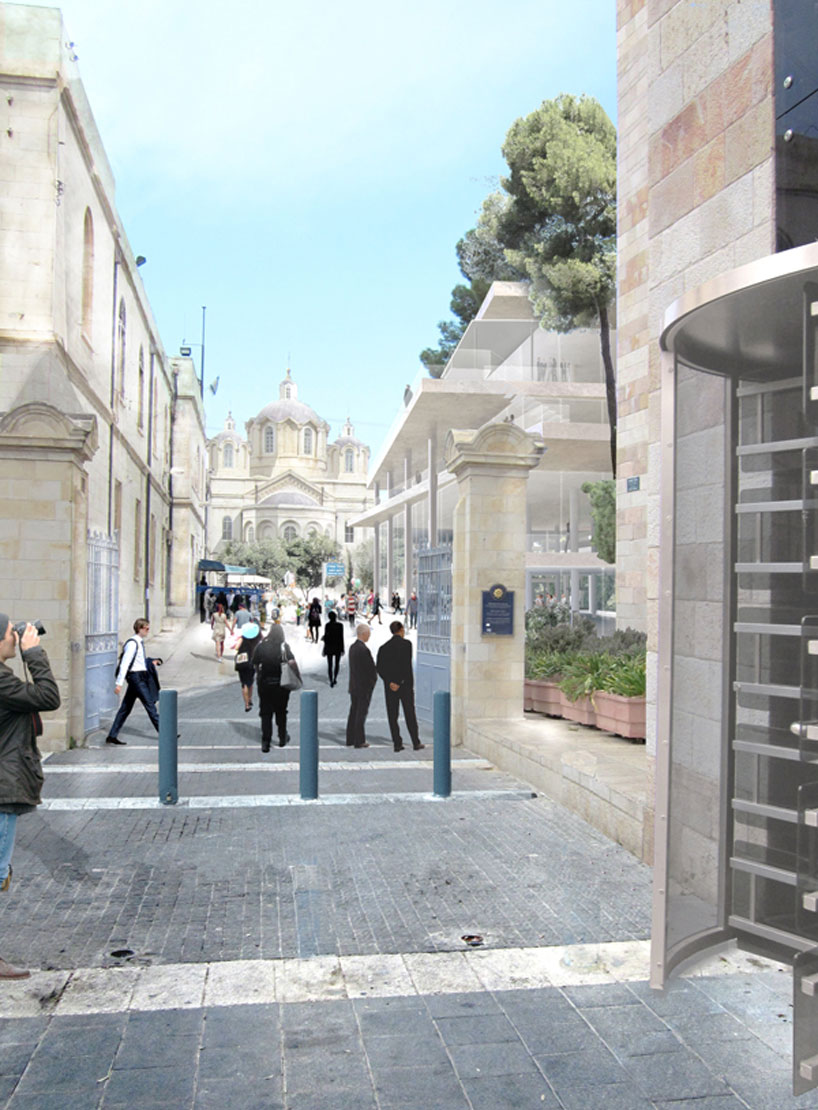 view from the courthouse
image © SANAA 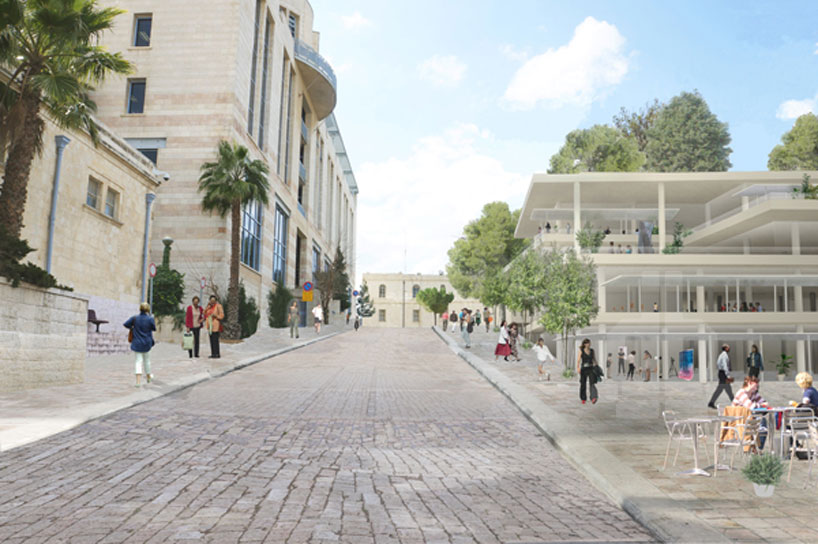 the new campus is positioned across from city hall
image © SANAA 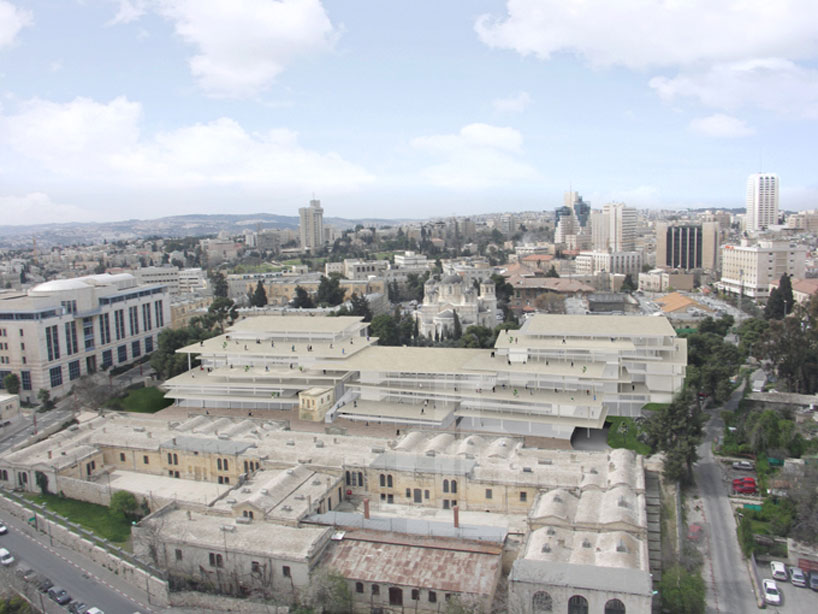 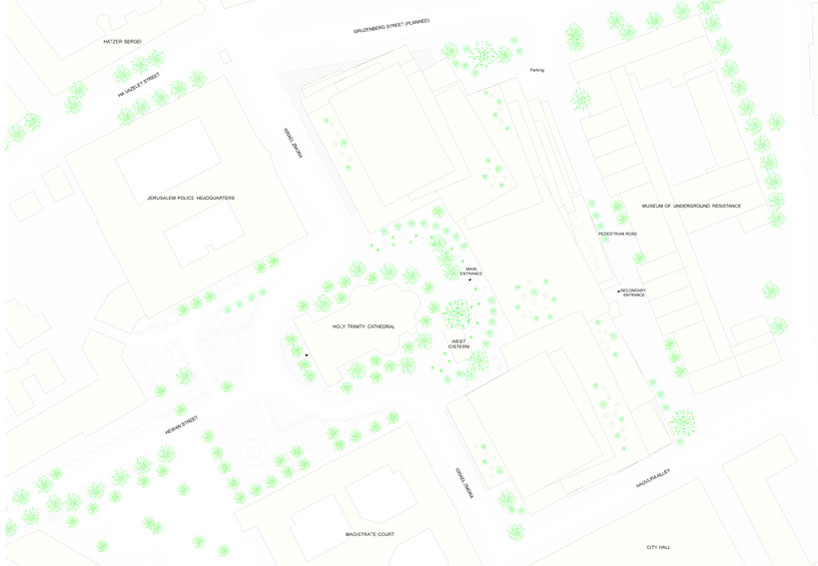 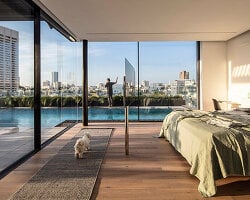 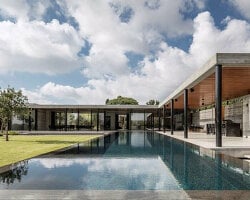 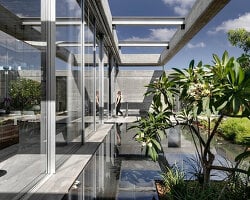 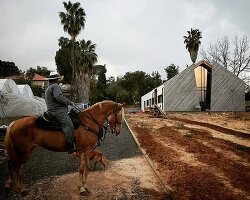 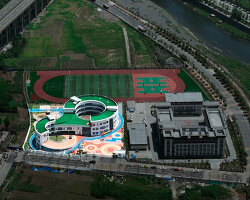 Jul 07, 2022
shaped like an infinity symbol, the 'pingli no.3 kindergarten' fosters endless exploration 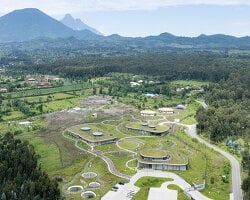