at the geneva location, the world health organization forms an incongruous architectural complex, erected around the main building, which was inaugurated in 1966. this structure, originating from a competition project won by architect jean tschumi, is now considered a contemporary masterpiece. after 58 years with its headquarters on the present site, WHO is now committed to a large-scale redevelopment, the construction of a work that will offer the advantage of concentrating all the institution’s activities in three buildings instead of ten, thus improving its daily operations and significantly lowering maintenance and energy costs. the office of sane architecture has responded to this prompt with a proposal based around the timeless puzzle of the rubik’s cube. 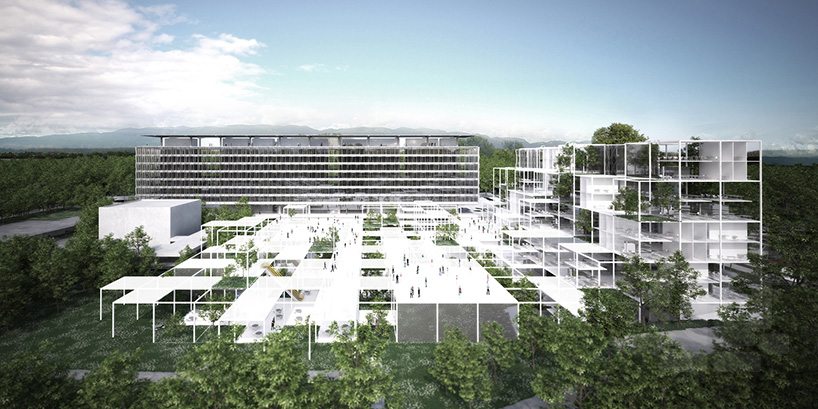 panoramic view of the complex

the approach concentrates its public program below level zero of the existing tschumi building in a lightweight structure that has the ability to blend into the terrain. the main view is slightly affected and the implementation respects the pedestrian permeability required. the facility becomes a trialogue between the central office, the landscape and the addition.

interior below the canopy

the key concept focuses on the toy as a symbol of intelligence, creativity, and perseverance. each side is divided into nine miniature blocks that can turn independently. in the final state, each face is uniform, presenting a different color than the others, but the rotation of the constituent pieces generates 43 trillion arrangements. as a result, the studio has imagined a space composed of modules with different options for the division of rooms, both horizontally and vertically. the envisioned interior provides a unique work environment that fosters creativity, with hues and shades that are best suited for the client. this versatility and flexibility of the system creates a dynamic atmosphere that can respond to all the forms that the organization will take in the future. 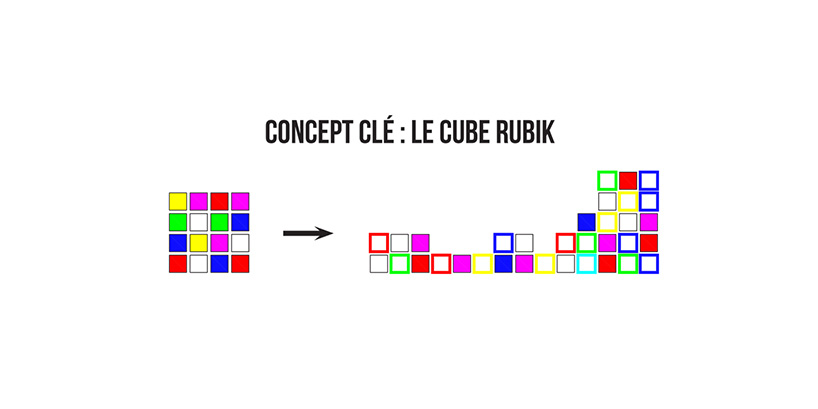 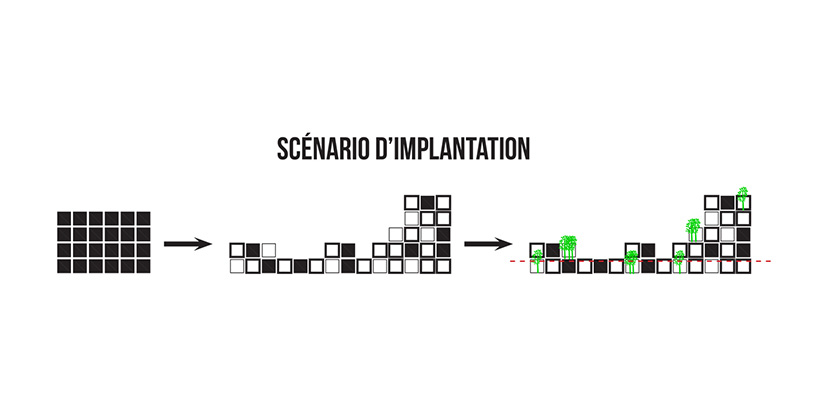 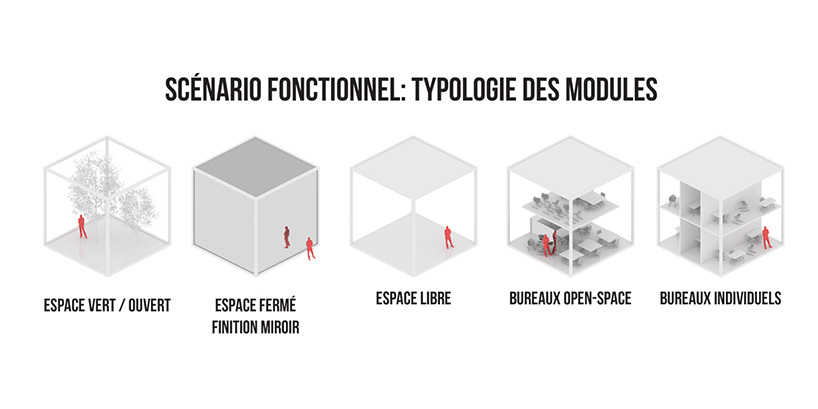 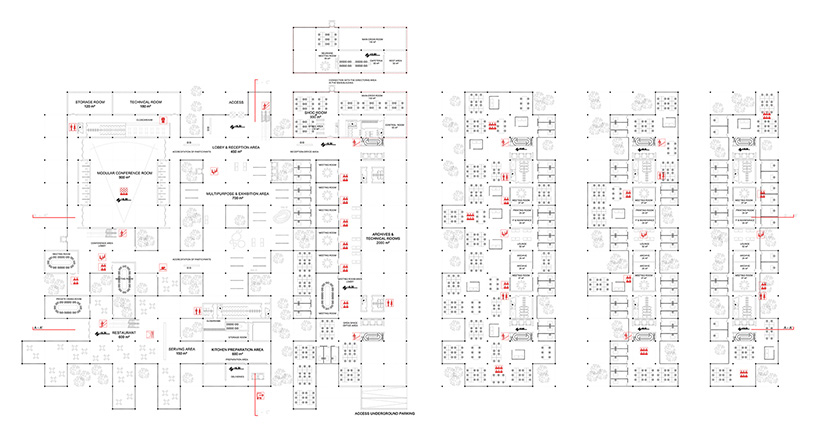 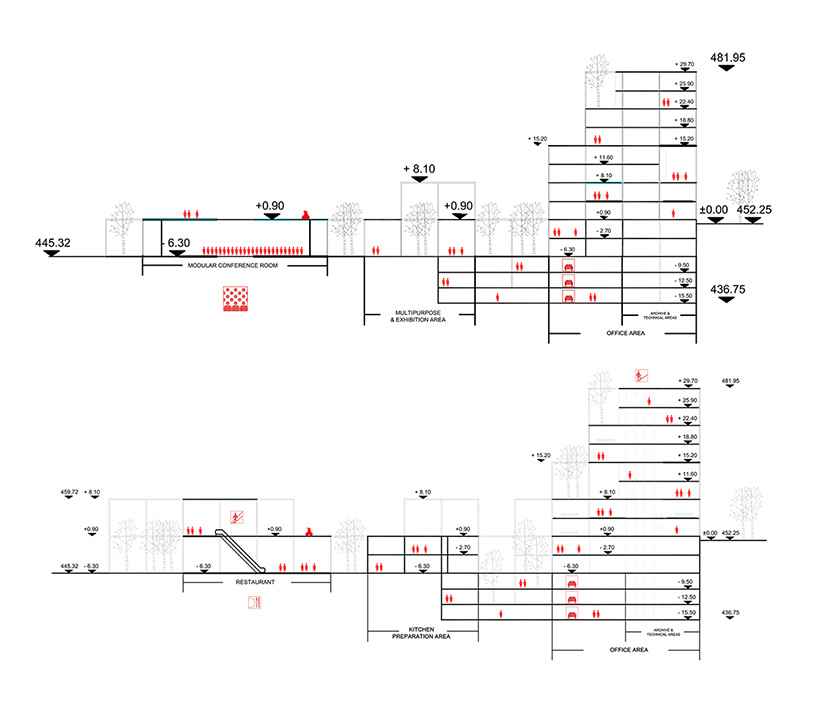 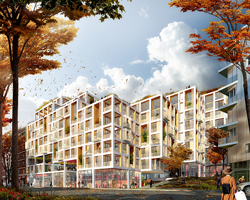 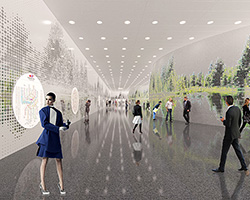 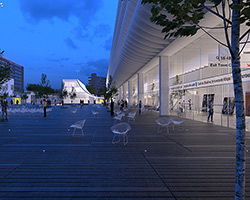 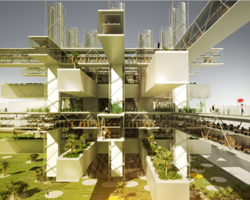