based on the idea of an oasis that eventually reveals itself, local firm sanitas studio has completed the landscape design and façade for a high rise in the center of bangkok in thailand. the ‘wyne sukhumvit condominium’ has a four storey carpark that was treated by peeling away its exterior skin and integrating a vertical garden into it. lines of folded stainless steel strips reflect the natural elements to help heighten the contrast between the plants and the built form. the surrounding site consists of a series of new developments, but is lacking in recreation areas and public parks, so the designers wanted to develop the location as a retreat in itself. 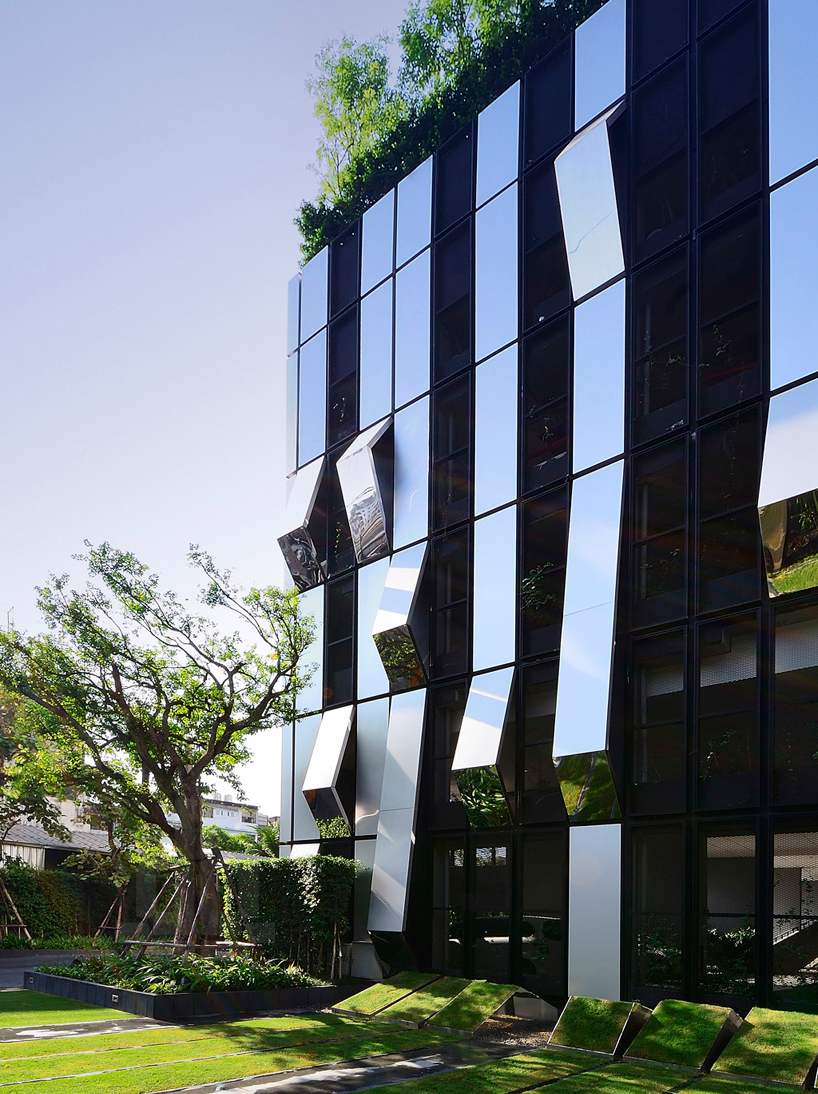 the façade is based on the idea of revealing

planting was placed in every possible area including: a walkway around the building foot print, a herb plot within a sculpture garden, a vertical green wall on the façade and a rustic sanctum by the swimming pool. in order to further the concept of revealing, the water on the fifth level is framed by strips of timber trellis, while the sculpture garden is constructed from a topography that eventually unveils different shapes. 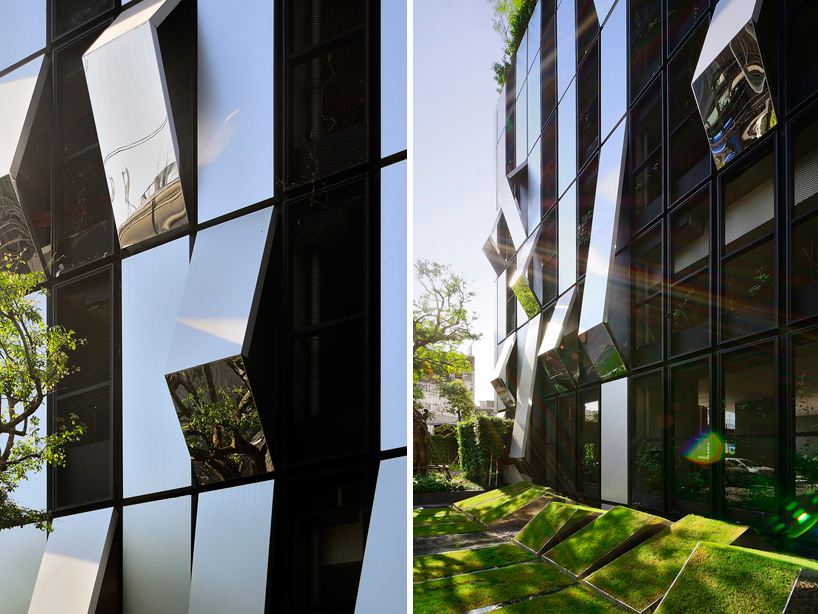 a large pattern was created on the ground floor by combining both hard and soft landscaping that wrap around the entire foot print of the building. the garden also features a mirror wall, which at first appears to define the space, but then looks as if it is disappearing with the wind as it gently blows on the pixellated pieces. the urban oasis seeks to help enliven residents and provide somewhere relaxing away from the surrounding concrete jungle. 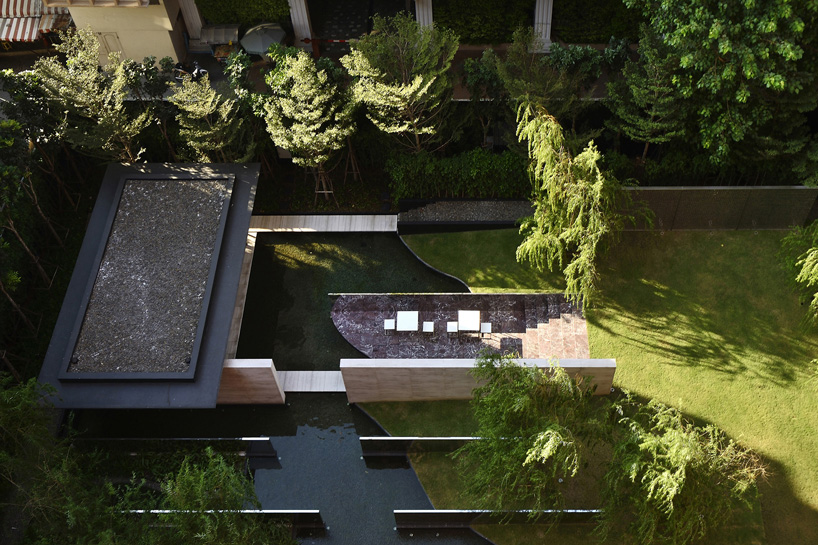 aerial view of the sculpture garden 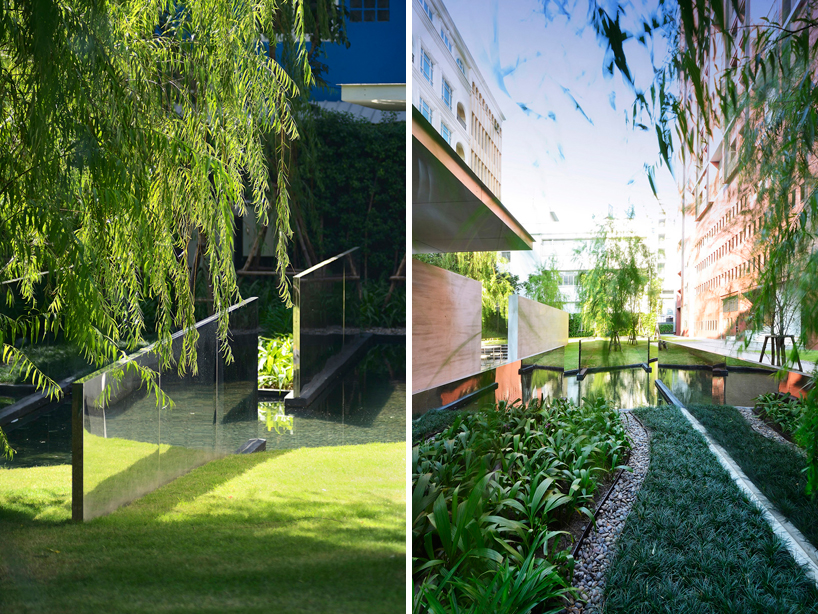 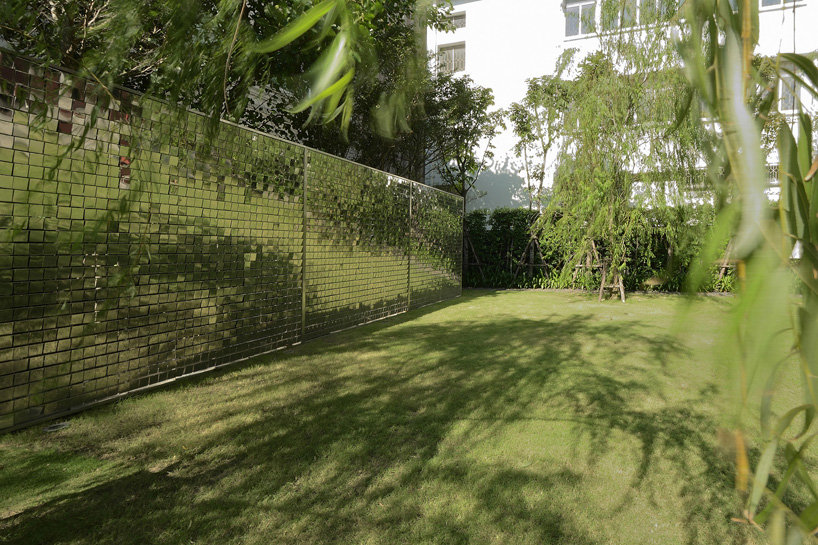 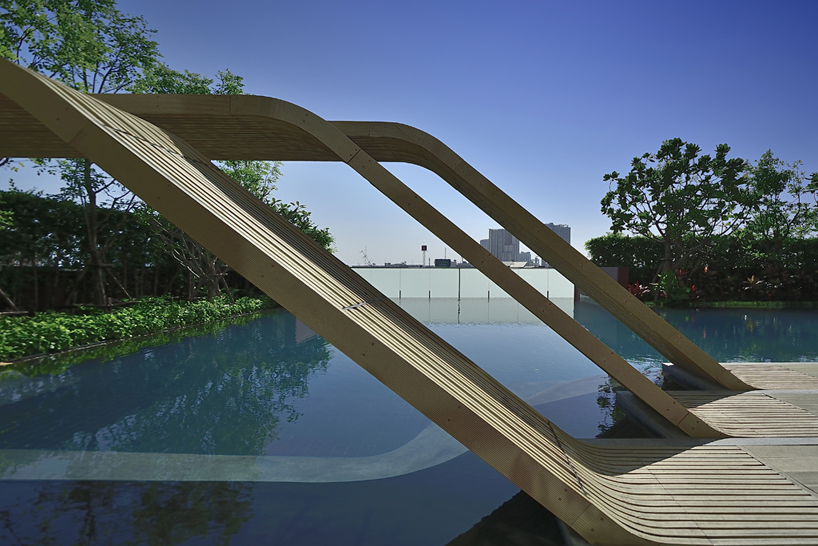 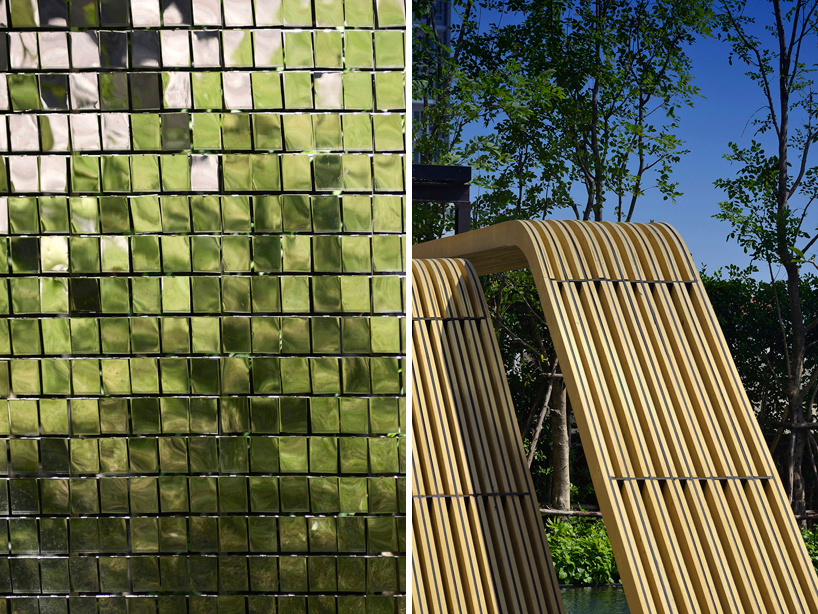 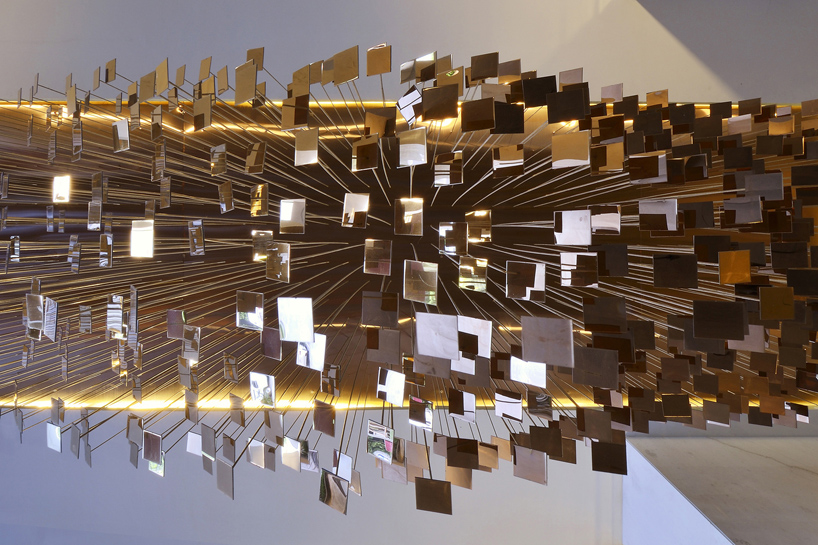 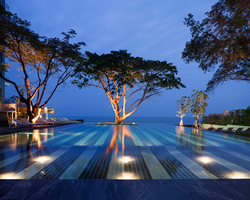