demonstrating a considered approach to a ‘themed space’, sans-arc studio have designed a new-york influenced mixed-use venue that offers a bar, radio broadcasting lab, barbershop and food in adelaide, australia. 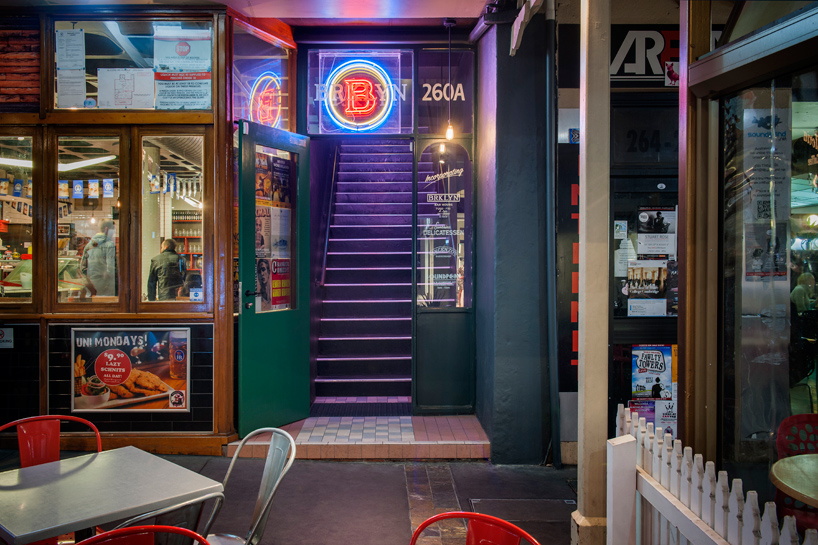 named ‘brklyn’, the scheme is located in a space that was previously occupied by the radio-broadcaster with an under-utilized bar and work-spaces. led by matiya marovich, sans-arc decided to approach the project by re-creating a ‘street’ filled with characteristic and recognized shops of the new york borough to include a jewish deli, italian barber and ‘loft-bar’. 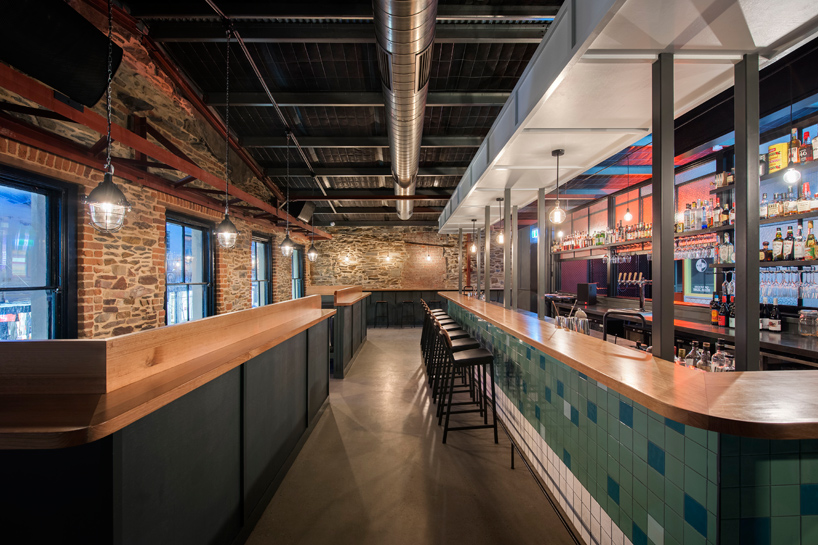 these multiple functions and programs have been woven to establish a coherent and distinctive layout that mimics the daily movements of life in brooklyn; commuting, climbing stairs, turning corners and eventually getting to your destination. furthermore, the materials, colors, signage and graphics have been chosen carefully to enable the space to instill an atmosphere that is identifiable to the streets of new york. 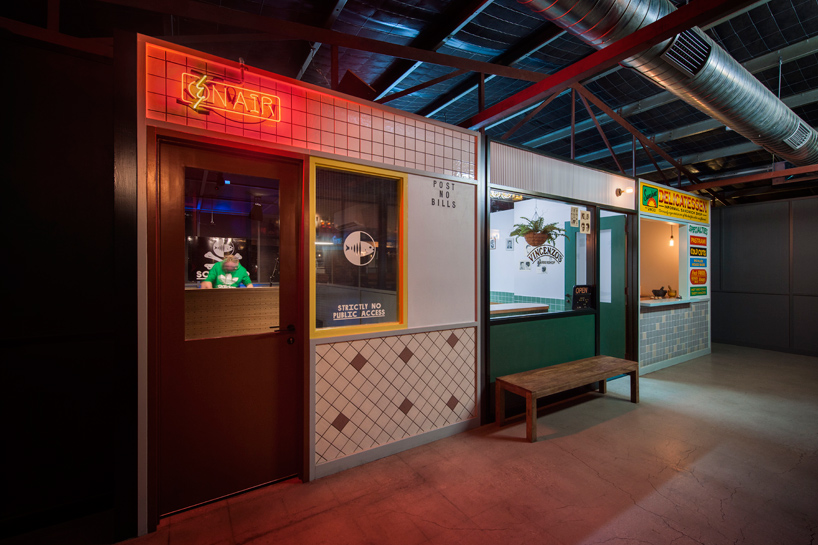 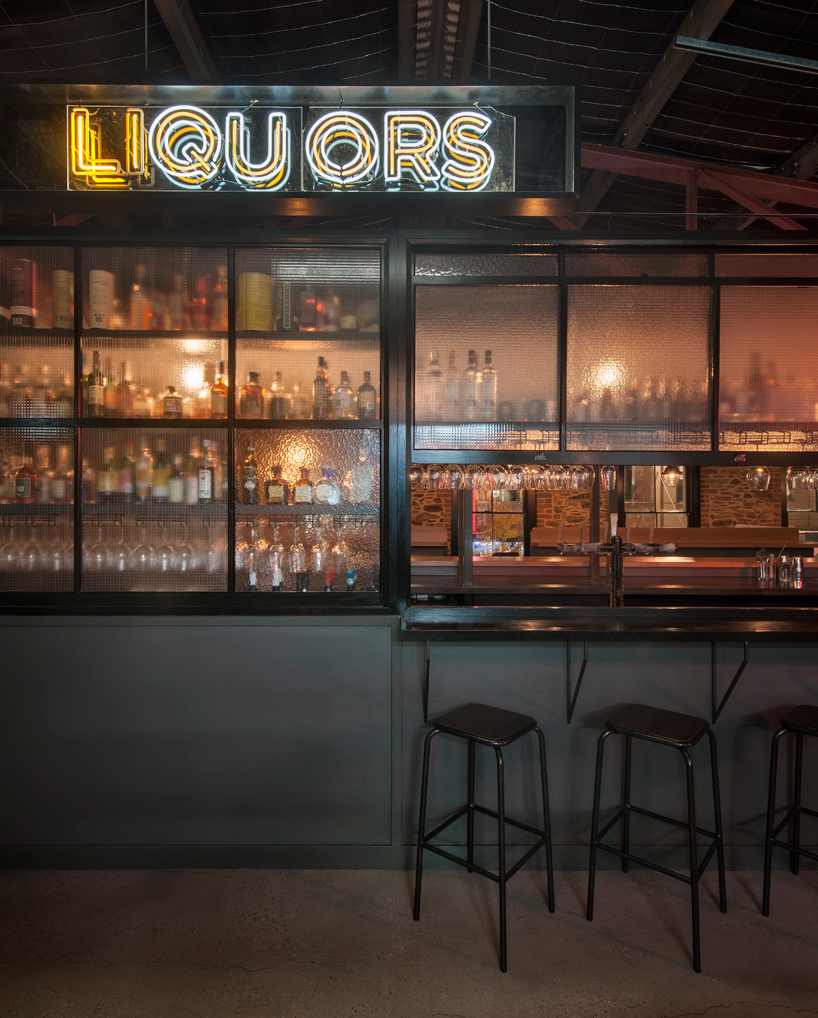 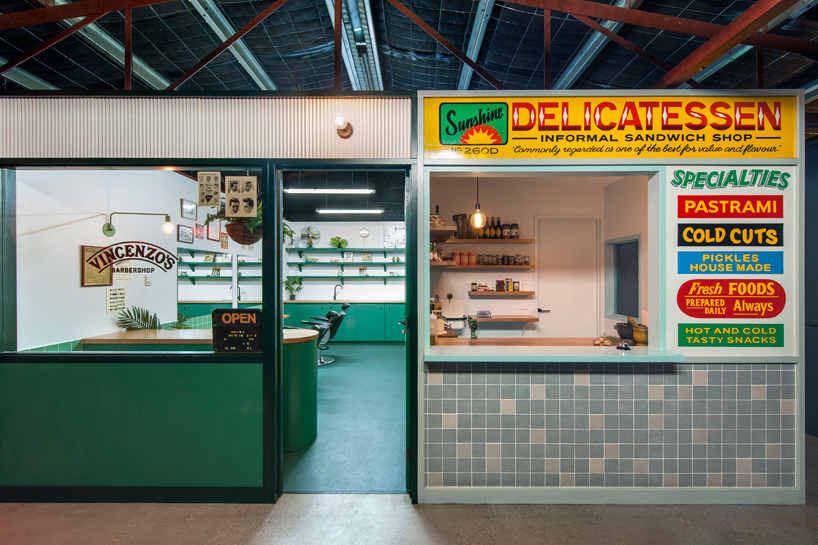 compositions, textures and proportions were photographed by the designer and formed the base for the material
palette of the project 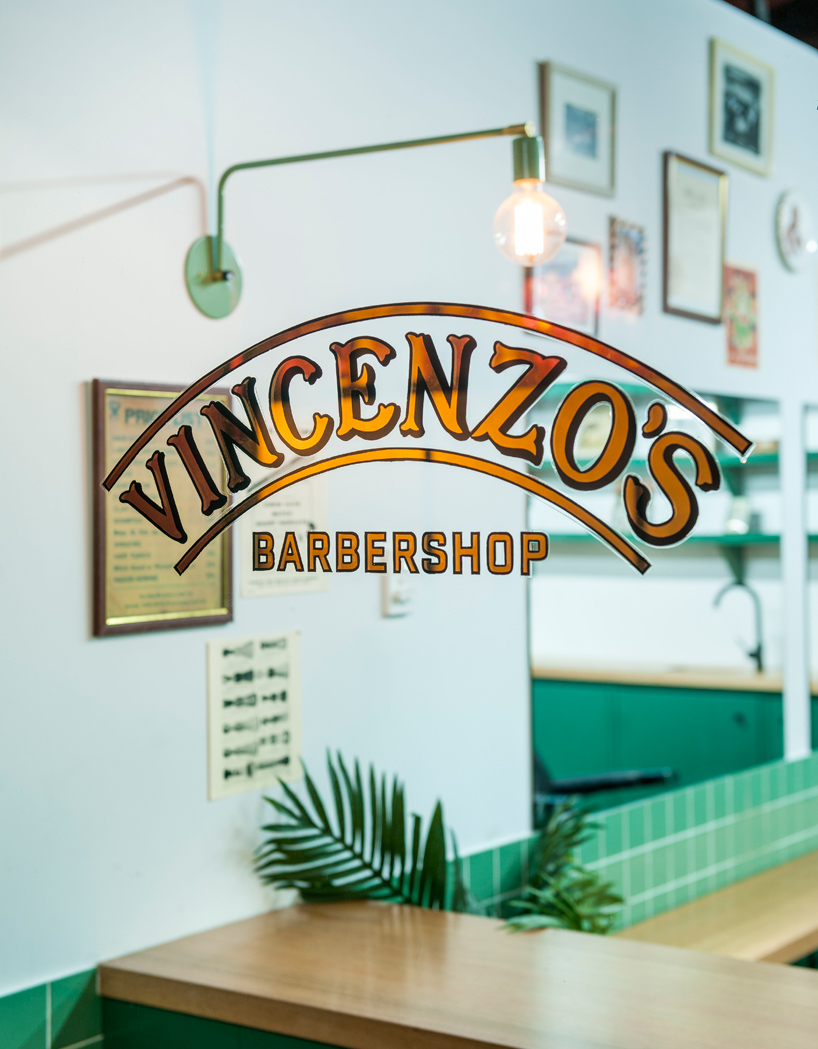 this space follows a narrative, whereby every detail has been considered to engage visitors 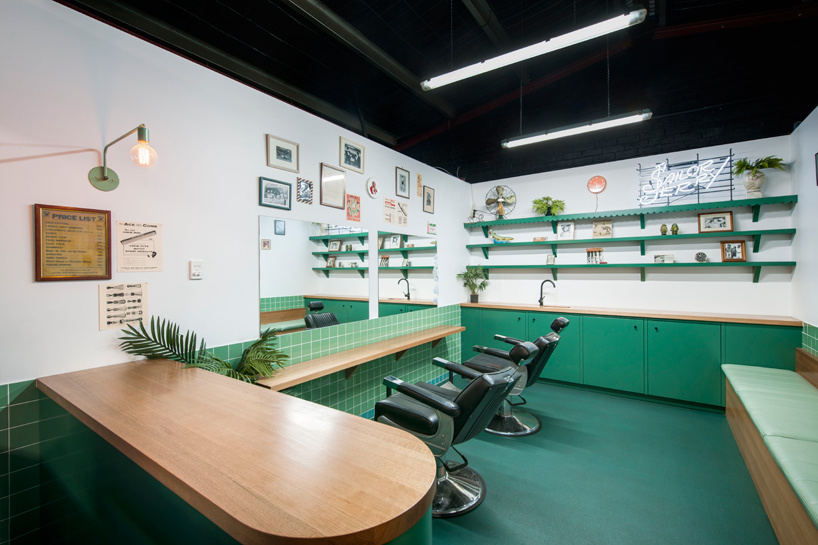 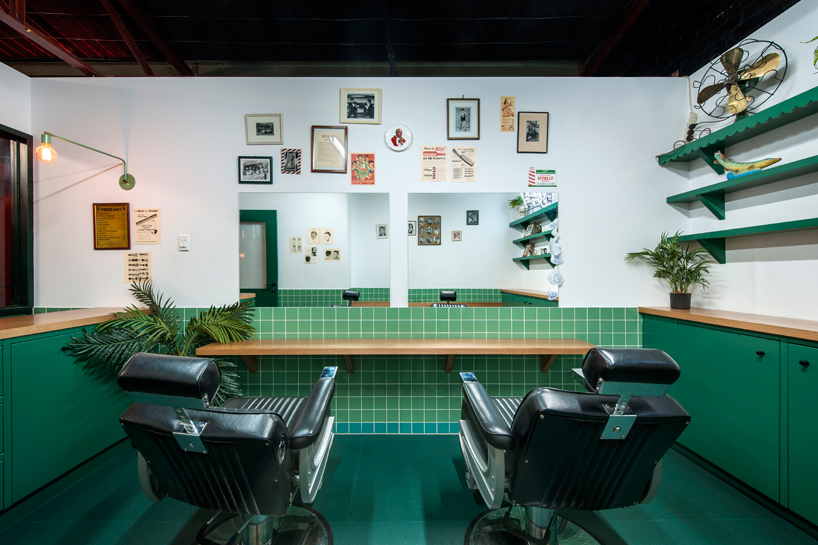 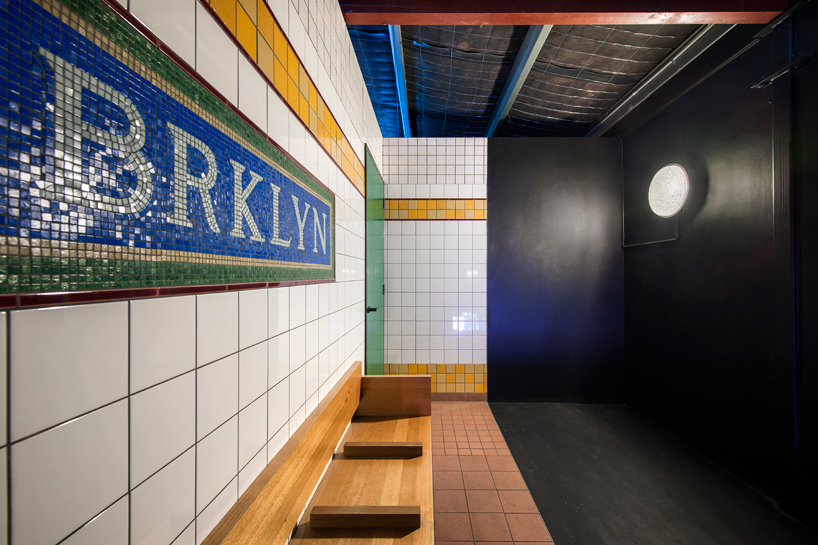 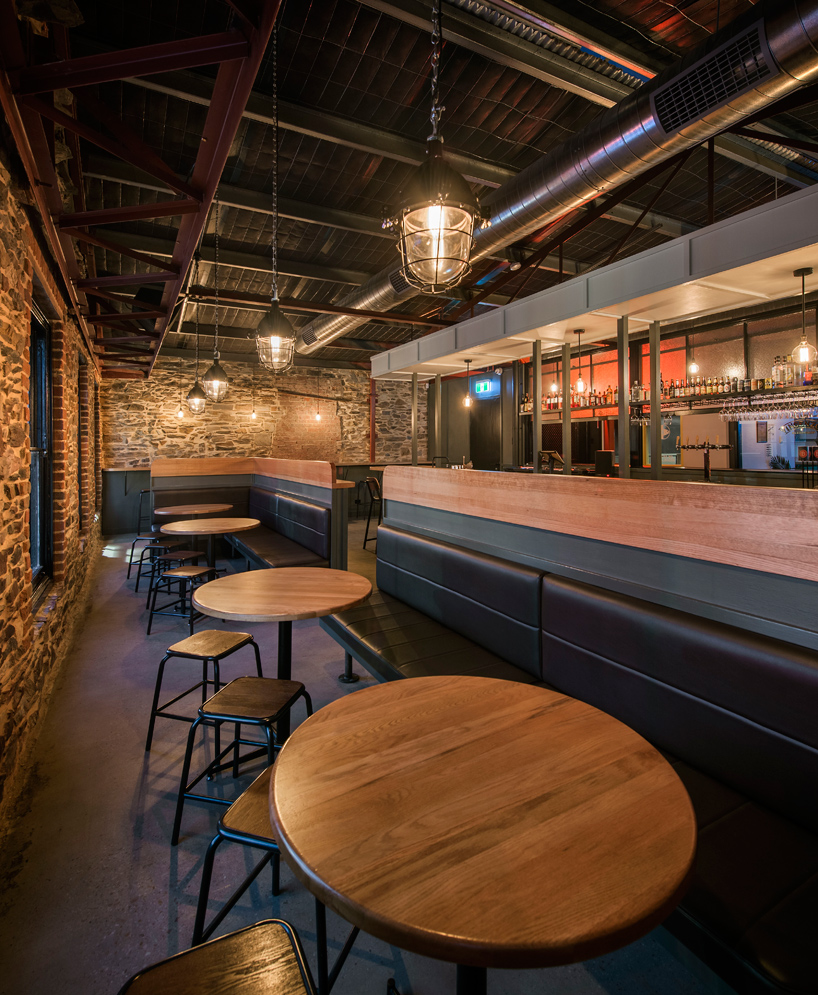 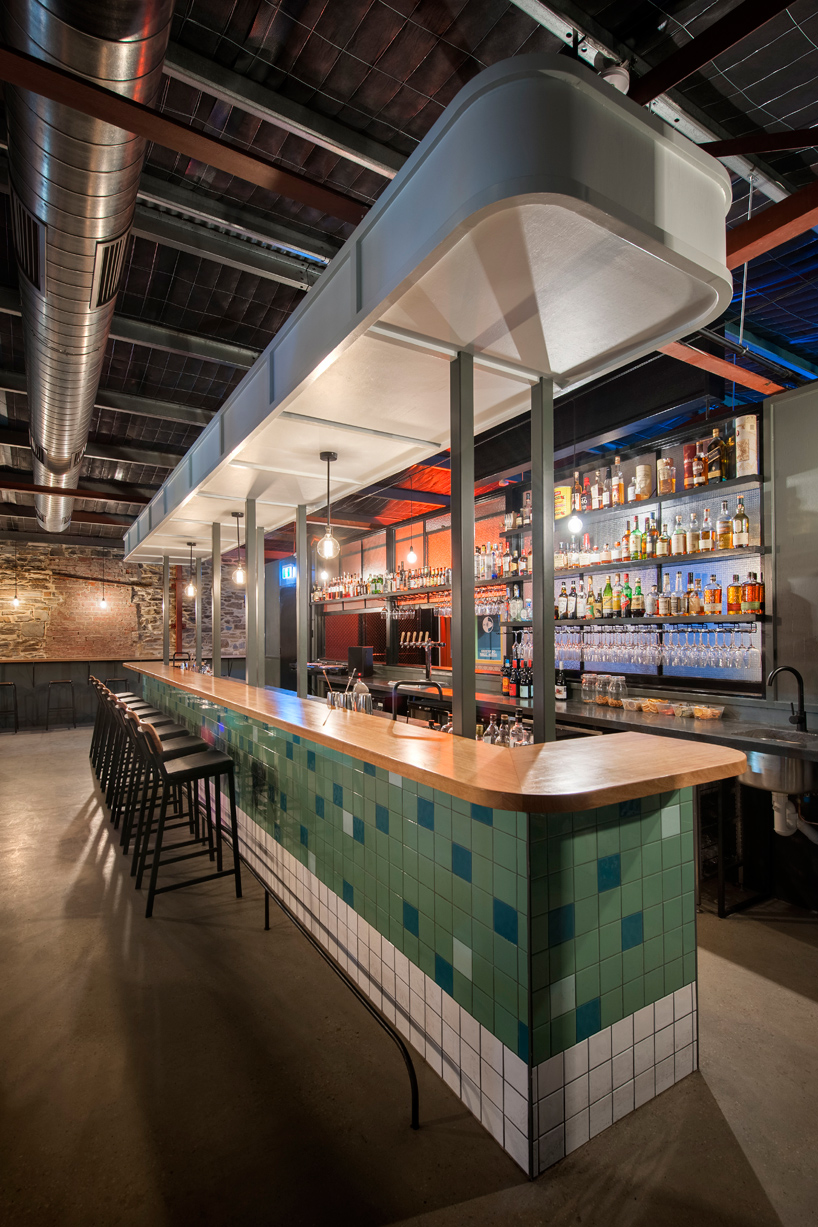 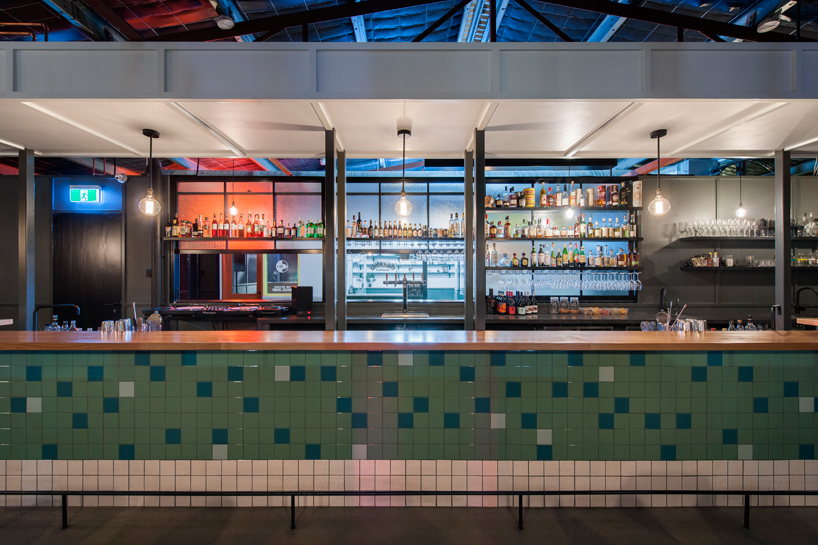