spanish architect santiago calatrava has just unveiled his preliminary designs for denver international airport’s (DIA) south terminal redevelopment program.  the concept for the redevelopment, will not only enhance the airport‘s connectivity and functionality, but is also expected to create more than 6,600 jobs. 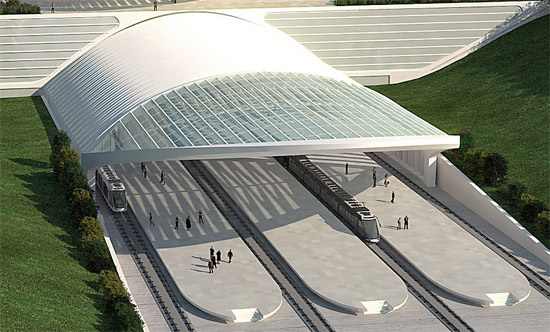 santiago calatrava‘s project, one of the largest in the country, includes the construction of a signature rail bridge, a terminal train station, a 500-room hotel and conference center and a multi-function civic plaza complete with retail and concessions.  the rail station, plaza and hotel will form a highly integrated and dynamic complex, located directly south of the jeppeson terminal.

‘my goal in designing a train station adjacent to such an iconic structure as the jeppeson terminal has been to complement it with a design of independent identity and equal quality,’ said calatrava. ‘it is my sincere hope that the vision expressed in this proposal not only respects and complements the existing architecture, but enables denver international airport to continue to serve as a landmark for centuries to come.’ 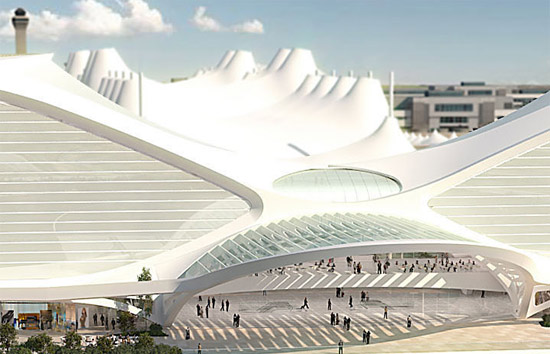 denver international airport is currently one of the few major airports in the world without a passenger rail link to the downtown city core. to provide local, regional, national and international customers  with a modern transportation hub that is more efficient and comfortable, calatrava and dia are collaborating with rtd to provide a signature bridge and terminal station as part of the new commuter rail service between dia and downtown denver’s union station. completion of the bridge and station are currently scheduled for 2015. 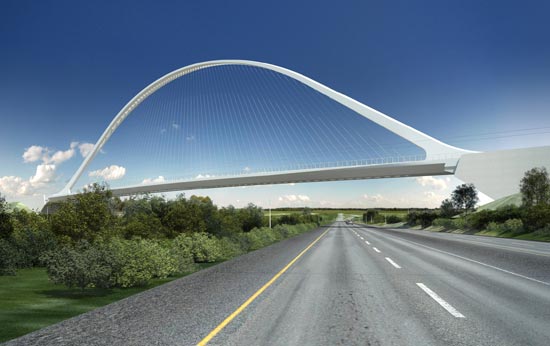 as denver international airport continues to expand its role as an economic engine for the city and county of denver and the state of colorado it will transform into a micro-city, with increased revenue potential. the new hotel and conference center are key components of this new development, along with a civic plaza that provides restaurants and commercial retail, as well as space for special programs including exhibitions, art fairs and other special events. 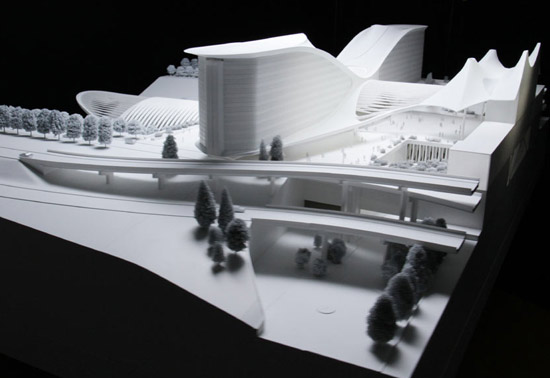 calatrava’s concept for the south terminal redevelopment program is the first phase of a planned enhancement of denver international airport and is already asserting itself as an icon for 21st century airport design.