construction work is continuing in dallas, texas, where spanish architect  santiago calatrava’s latest bridge structure to span the city’s trinity river is taking shape. the final piece of the first of two steel arches that will make up the margaret mcdermott bridge has been raised into place, joining the previously constructed ‘margaret hunt hill bridge’ — also designed by calatrava. now in place, the arch stands at a height of 328 feet (100 meters), and spans a total of 1,311 feet (400 meters).

costing $113 million USD, the introduction of  santiago calatrava‘s proposed margaret mcdermott bridge will provide an efficient circulation hub for both pedestrians and cyclists. the arch on the westbound side of the structure will be complete at the end of 2016, while the entire margaret mcdermott bridge, (which will support hike and bike trails on both sides of I-30), is scheduled to be complete by the summer of 2017.

the margaret mcdermott bridge under construction in texas
video courtesy of travelbydrone.com 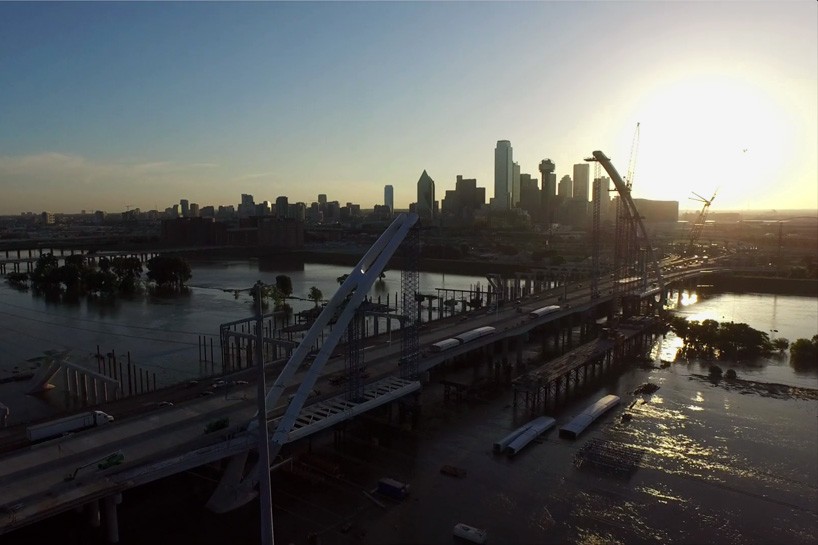 the project is set to complete in 2017
image © santiago calatrava