spanish architect santiago calatrava is working on plans for a new bridge to traverse rio de janeiro’s canal de barra. once complete, the span will carry the city’s new metro line, connecting the center of rio with barra de tijuca — the area which will host the olympic park and village during the summer games of 2016. 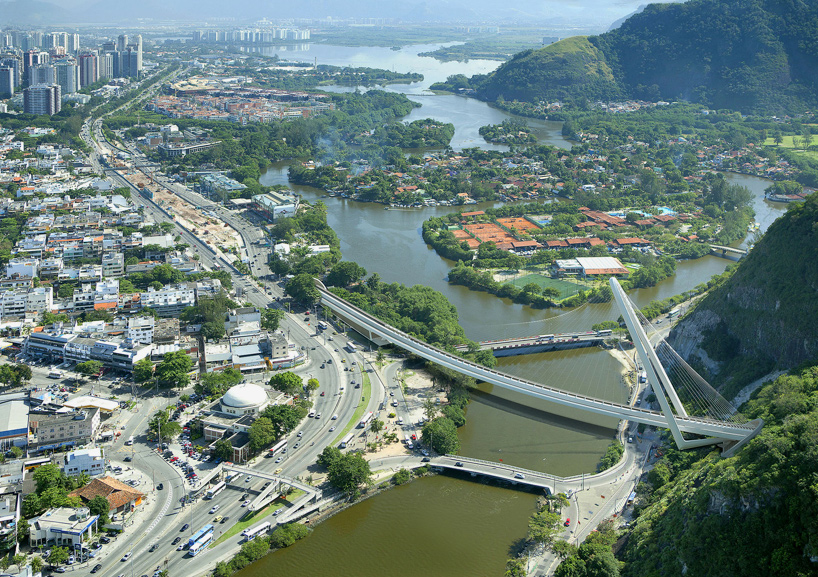 the bridge’s deck, developed by calatrava, has an inclined parabolic pylon — a gleaming white steel arch —  that rises 70 meters above the banks of the canal, generating a striking contrast with the surrounding landscape. laced through the soaring arch are 58 cables, with diameters ranging from 70 to 145 millimeters and length ranging from 42 to 106 meters, effectively distributing loads. 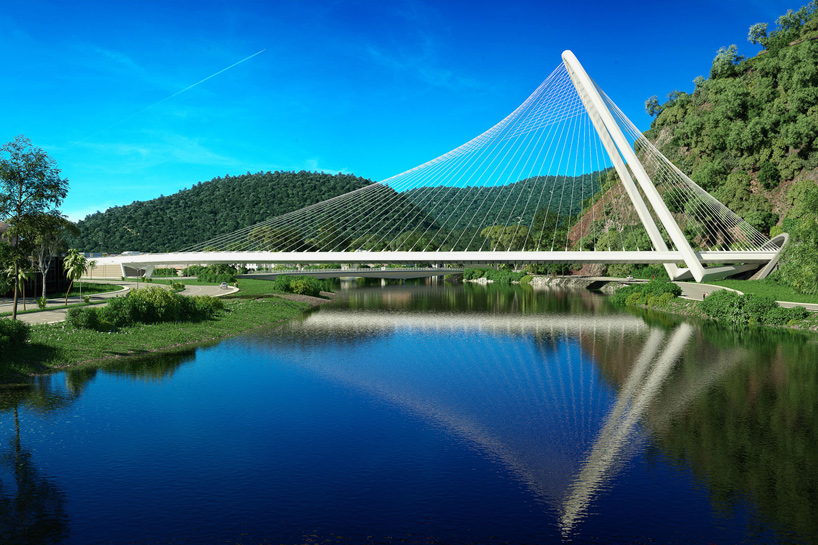 the bridge will carry the city’s new metro line, connecting the center of rio with barra de tijuca 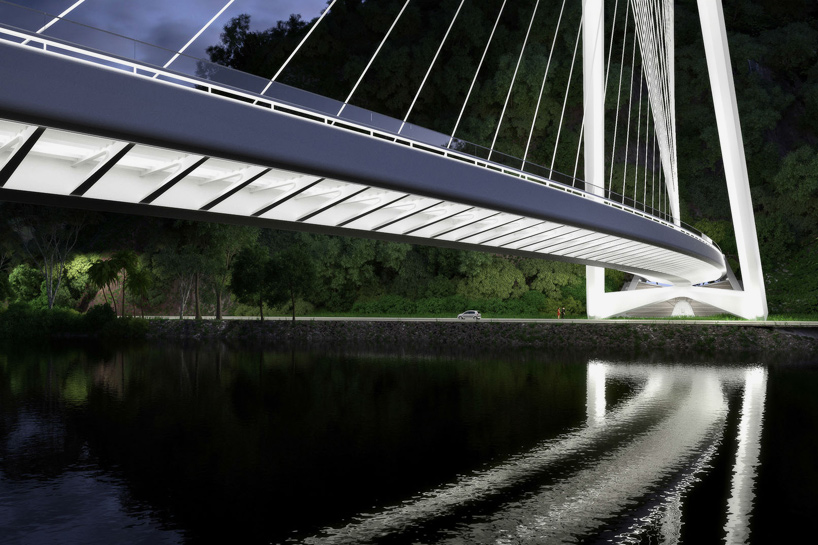 58 individual cables are laced through the soaring arch 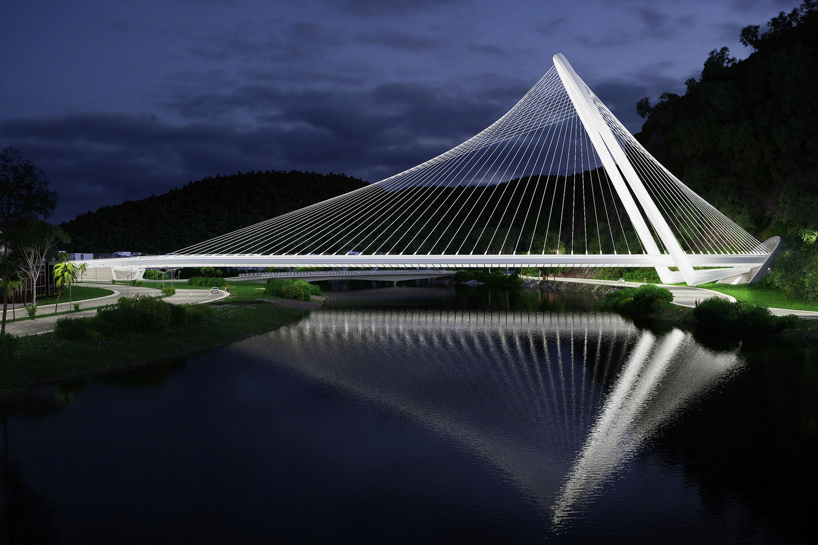 supporting the bridge’s deck, a gleaming white steel arch rises to a height of 70 meters 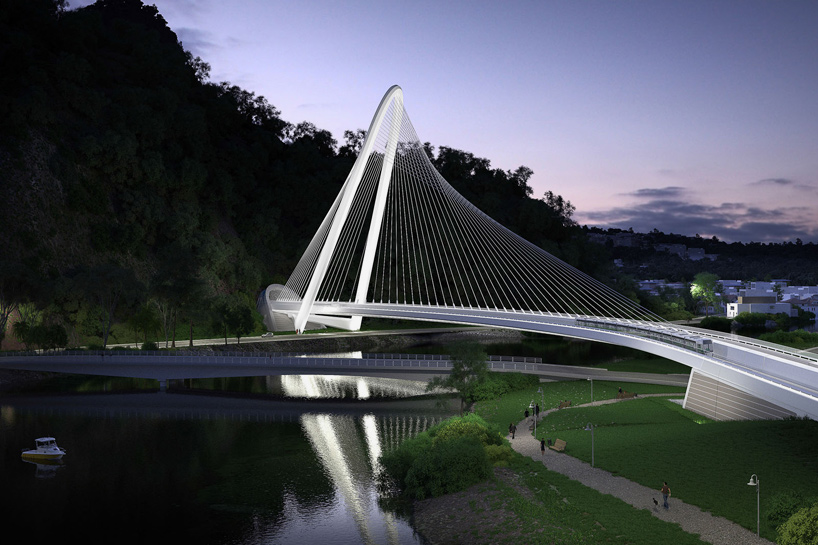 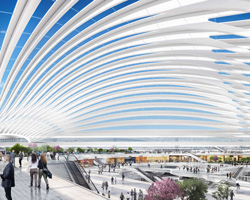 Jan 23, 2019
an inside look at santiago calatrava's holistic vision for chicago o'hare airport 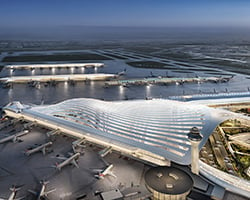 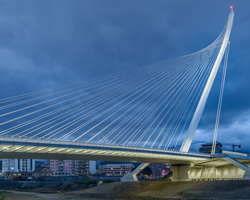