on october 9, 2005, the final phase of the santiago calatrava-designed ‘ciudad de las artes y las ciencias’ (the city of arts and science) in valencia opened to the public. the el palau de les arts reina sofia (the opera house and performing center) finished off the cultural site which is also home to: l’àgora (a covered plaza which hosts a variety of events); el museu de les ciènces príncipe felipe (prince philip science museum); el pont de l’assut de l’or (a suspension bridge); l’hemisfèric (planetarium);  l’oceanogràfic (open-air oceanographic park); and l’umbracle (a landscaped walkway that acts as a sculpture garden). now, 8 years after its inauguration, calatrava is under some heat from his home city who is suing him for the building’s rapid deterioration. it has been reported that pieces of the ‘white elephant’ have been crumbling off of its façade as a result of high winds, thus forcing officials to cancel performances and restrict public access to the €100 million complex until further notice. a technical report has been issued to evaluate the opera house’s current state to determine a further course of action. 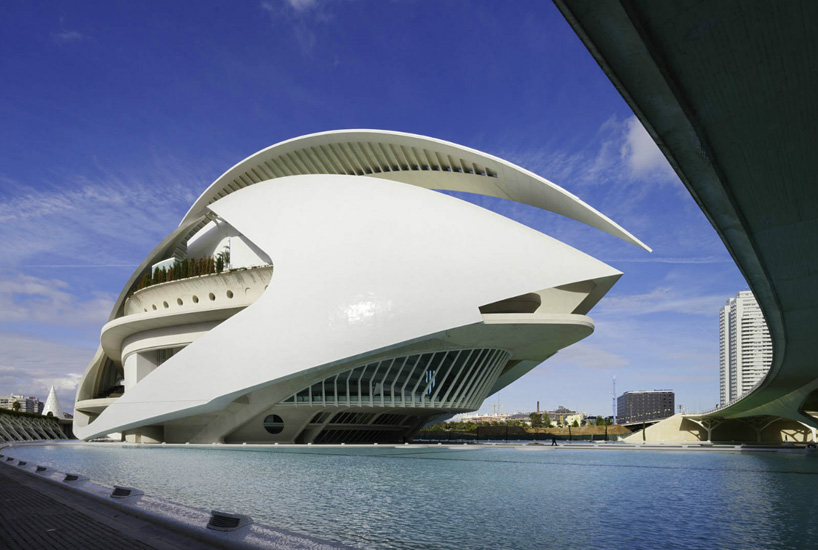 santiago calatrava is no stranger to controversy or structural adversary. for example, his footbridge in bilbao, spain, a pathway paved in glass tiles is now blanketed by a black carpet as a result of the high number of pedestrians having slipped on its surface, his constitution bridge in venice, italy posing similar issues; and he has been sued tens of millions of dollars over the course of many of his projects which often see construction delays, and exorbitant expenses, as evidenced most recently by the PATH transportation center that he is working on near new york’s ground zero, which is 6 years behind schedule and has already doubled the original estimated budget cost since its ground breaking. 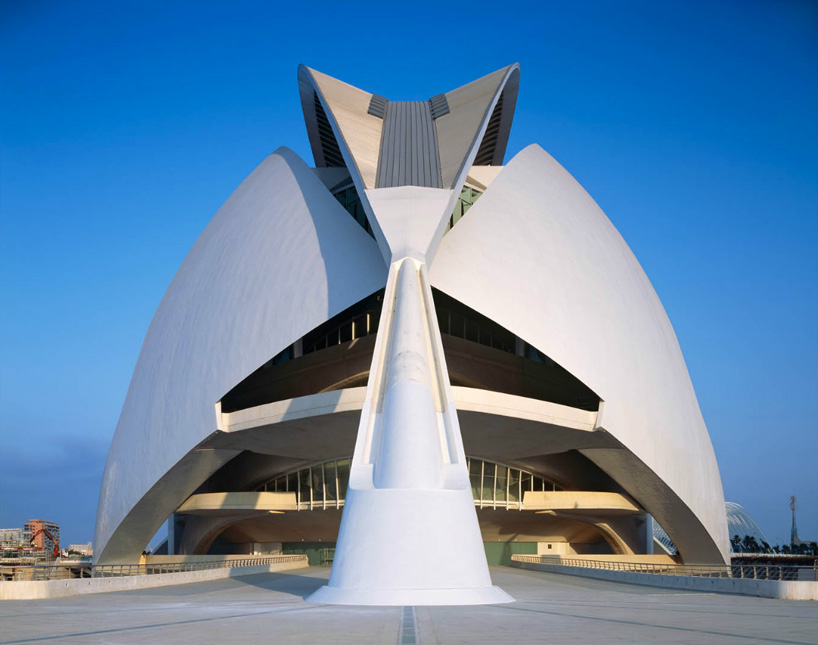 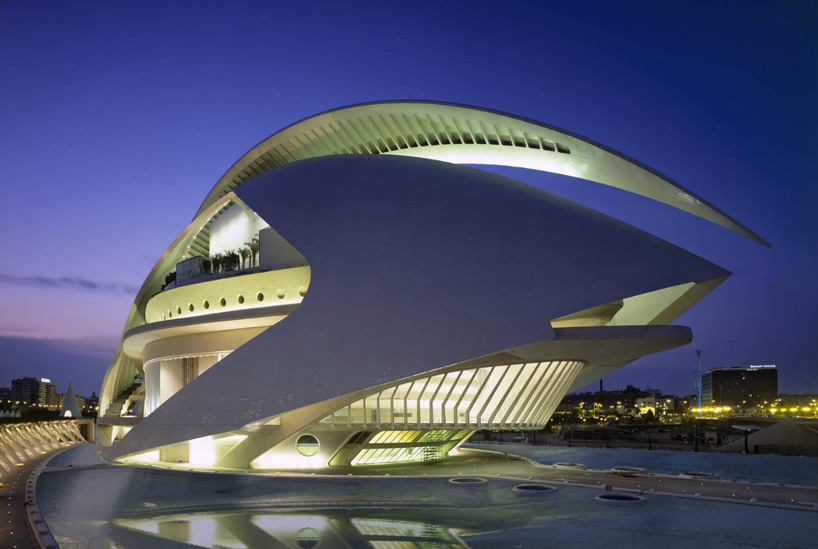 the ‘white elephant’ by night 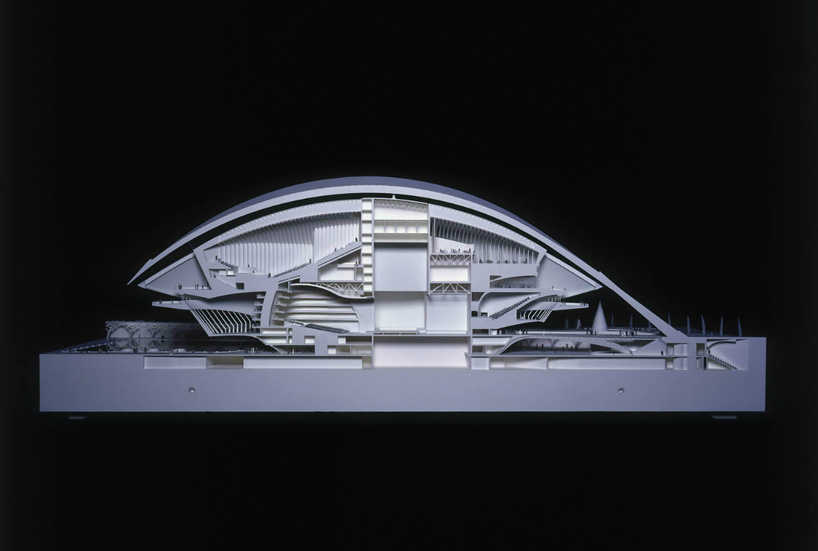 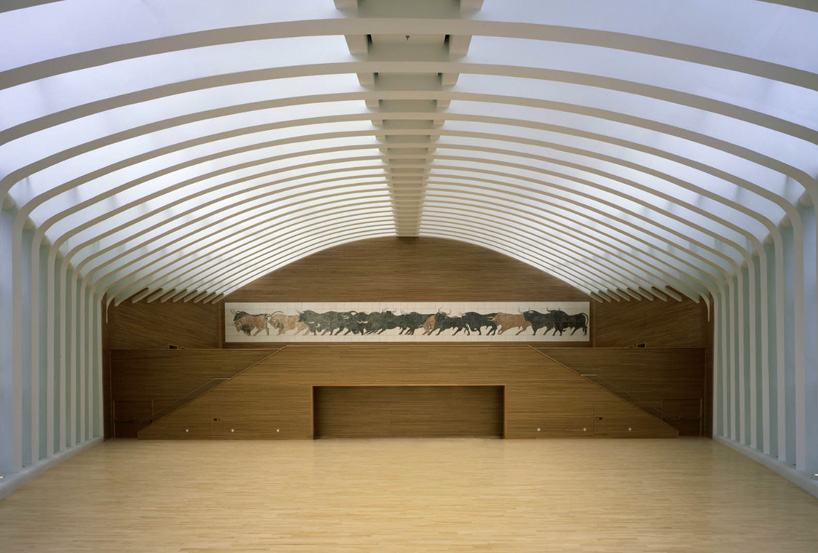 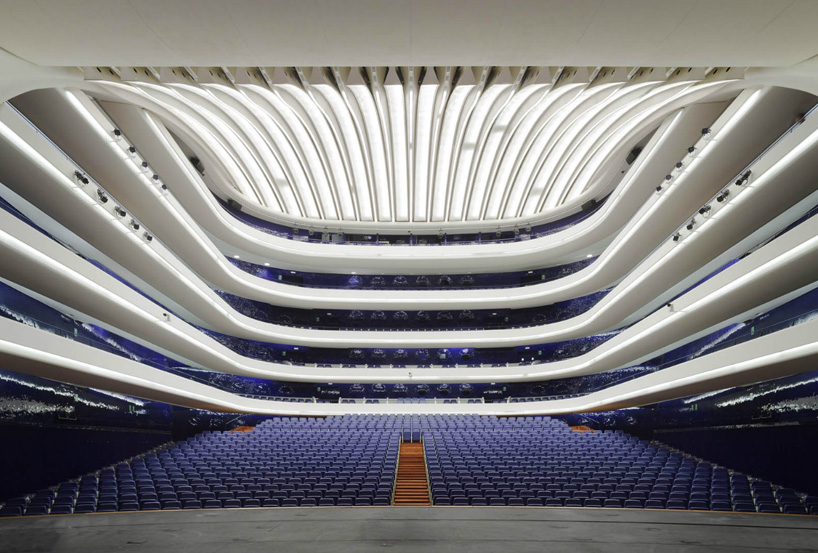 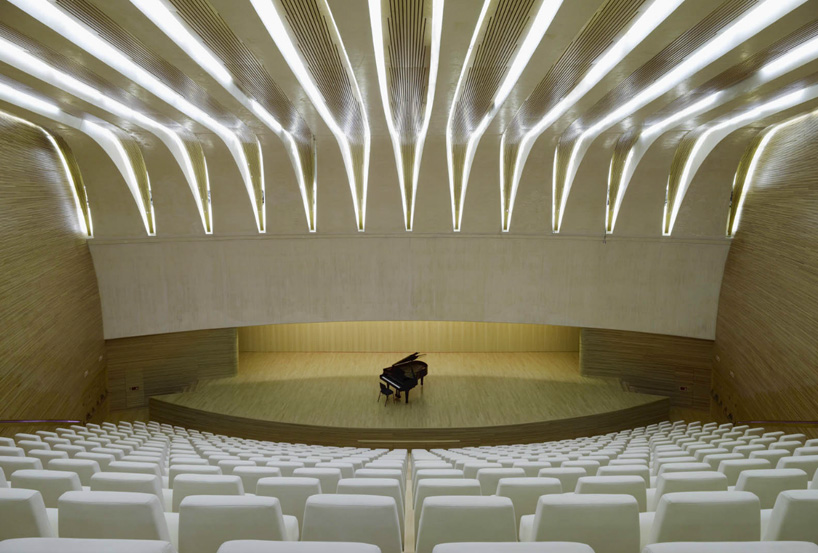 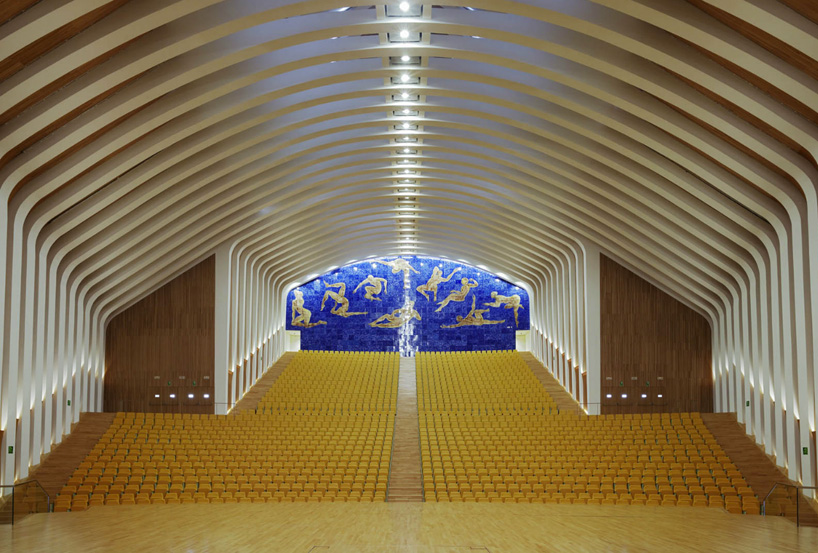