american artist sarah oppenheimer was commissioned by rice university art gallery, houston to create an installation for their gallery space. ‘D-17’ took a year and a half in the making. the epic 65-foot, aluminum-sheathed white structure angles above the transom of sewall hall’s front doors, into the foyer and extends into the floor of the gallery itself. along the way the work seemingly passes through two walls of glass that act as filters, subtly changing the color of the structure as you look through them.

‘D-17’ is a massive physical intervention into the building and gallery. seeing it in bright daylight creates an entirely different experience of the installation. approaching sewall hall in full sun, d-17 is essentially invisible; the wall of windows becomes a mirror reflecting the green leafy grounds of the campus. your only real clue to what lies inside is the foot or so of the structure that pokes out from the opening above the doors. it is only once you enter through the doors that the rest of the massive construction is revealed, looming above you. while the daylight turns the building’s glass exterior into a mirror, the same thing occurs discretely inside. an overhead channel in the piece directs sunlight in from the outside, and when that channel of light hits the glass of the gallery wall, it creates a tiny mirror. standing in the entry and facing the gallery, you can peer up into the open channel.

inside the gallery is where you really feel the work’s energy. the expansive aluminum plane angles dramatically up from the gallery floor and soars out toward the courtyard beyond. that slender channel running along one side of the piece directs your eye out into the trees beyond the building.

pulling off a work of this scale involved wood and metal fabricators, structural engineers, architects, a fire and safety inspector, as well as an intrepid construction team. the fabrication process began this summer with actual construction beginning in august. in june, oppenheimer conducted a design workshop with rice architecture students in which they analyzed the light conditions in the space and reflectivity of the gallery’s glass wall. in creating her work, the artist takes on the role of a scientist leading a research team as well as that of a contractor supervising a construction crew. 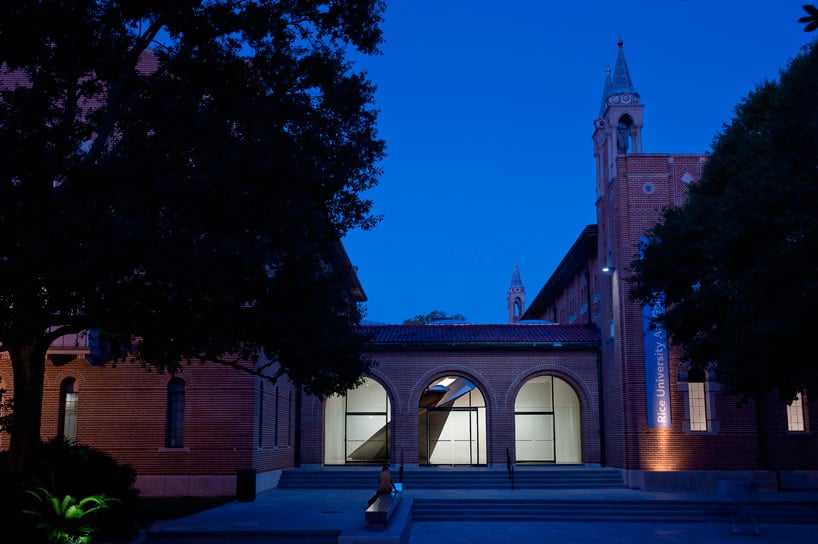 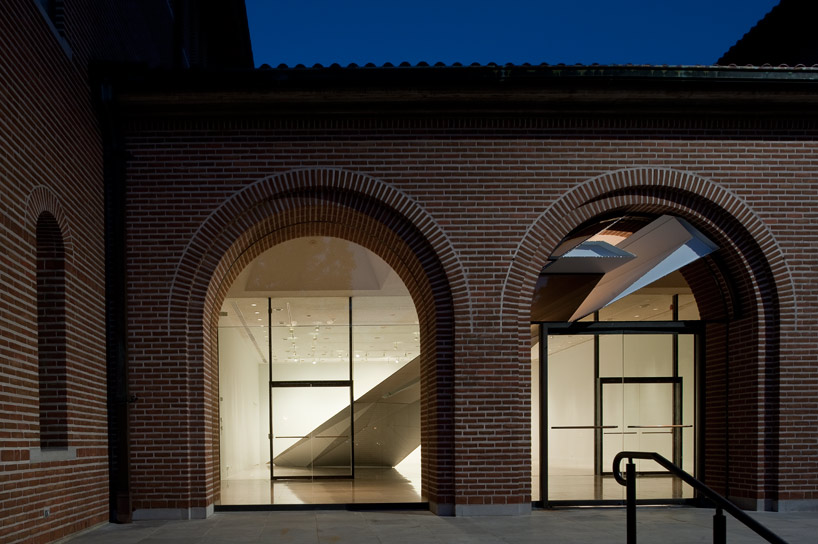 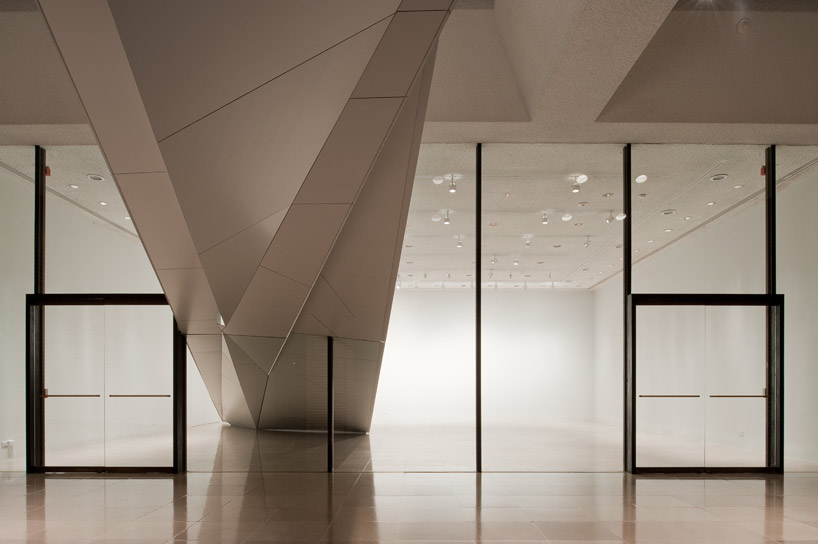 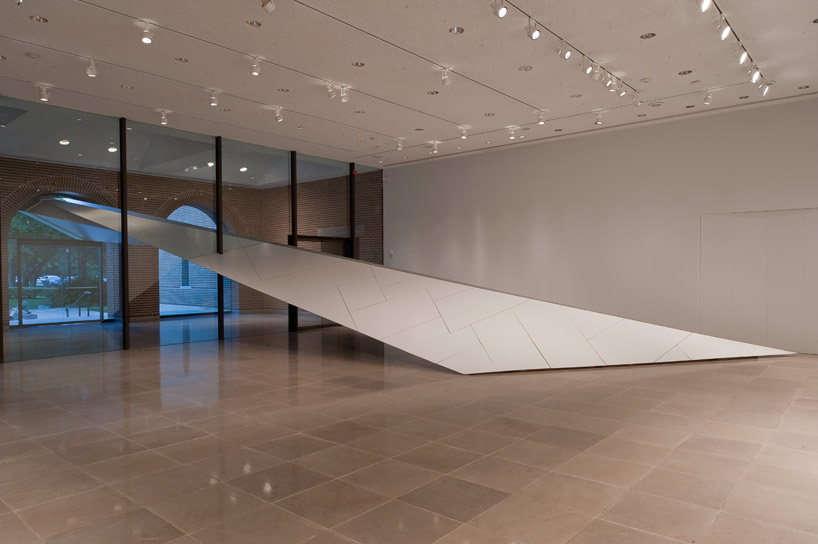 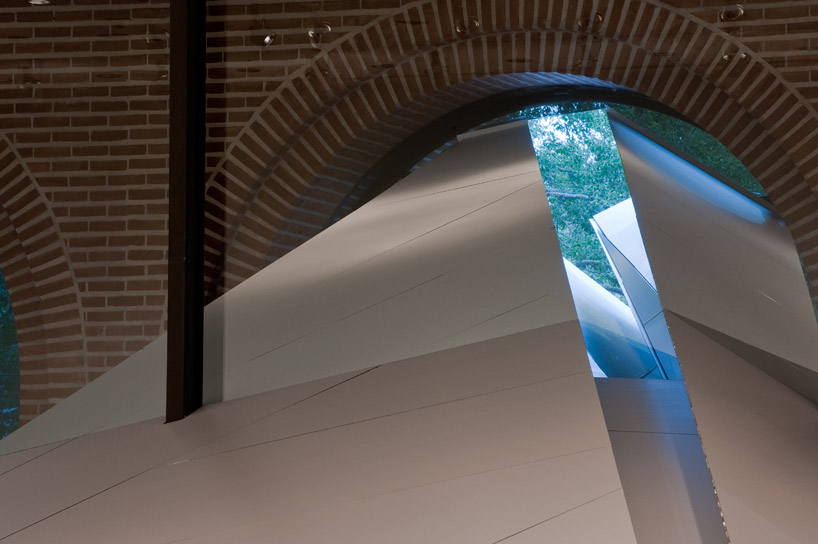 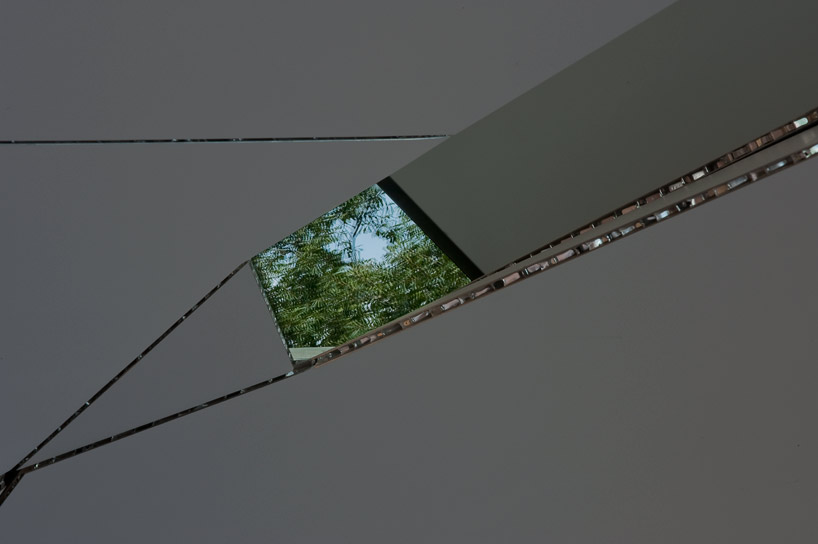 sarah oppenheimer received a BA in semiotics from brown university and an MFA from yale university, where she is a critic in the school of art.