the shorefast foundation along with the fogo island arts corporation commissioned norway-based studio, saunders architecture to design a series of six artists’ studios in various locations on fogo island in newfoundland, canada. the foundation works with the people of fogo island to find ways to preserve the landscape and its civilization through the arts and culture. 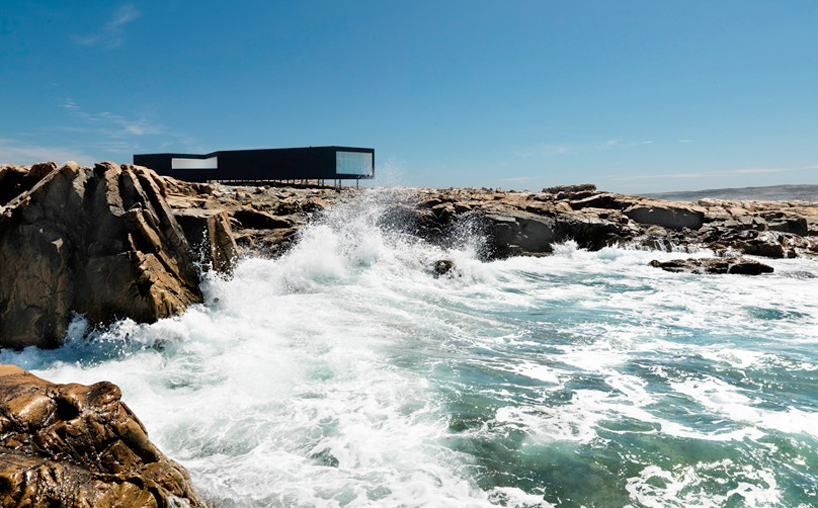 situated on the north atlantic, the island is home to a community who have lived for centuries between strong winds and waves in pursuit of fish. the islanders live in the untamed landscape in a subtle and unpretentious way and have seen their traditional way of life threatened by forces largely beyond their control.

designed in a way that would respect and dignify the fragile landscape while maintaining a connection between the past and the future of the island, the angular studios rise above the rocks and the waves to provide panoramic views of the unique landscape. 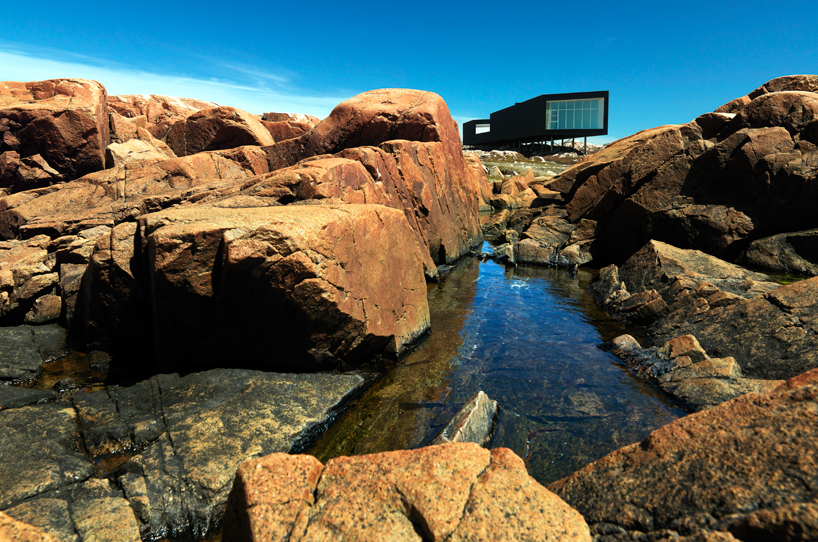 measuring 120 m2, the design of the ‘long studio’ reflects the transition of the seasons. the entrance of the structure consists of an open but covered space which represents the spring and the beginning of the seasonal activity. the single stretch of whitewashed patio space leads to an exposed central area which encourages outdoor habitation during the summer days. the final and main body of the studio is a fully enclosed space that looks out towards the sea. large windows at either end and a skylight provides natural light to flood the interior. a one meter thick wall located on the south side houses storage, toilets and washbasins, with doors that are flush to the wall, minimizing any visual distraction within the space. 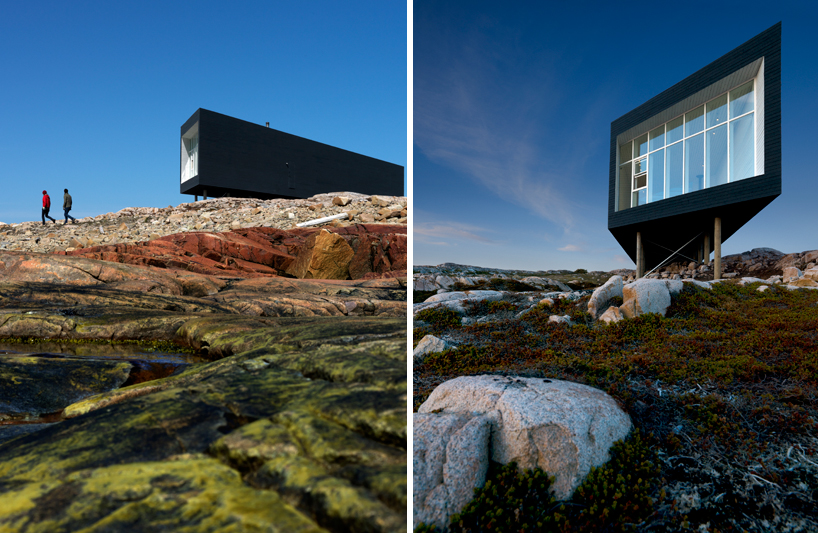 each studio is supported by pillars on the end that faces the sea, while the entrance areas all have a small concrete foundation anchoring the structure to the rocky terrain. with this type of construction, the studios can be placed in almost any place on the island. in addition, this allows for the studios to be prefabricated in a local workshop during the winter months, then placed in the landscape during the spring. 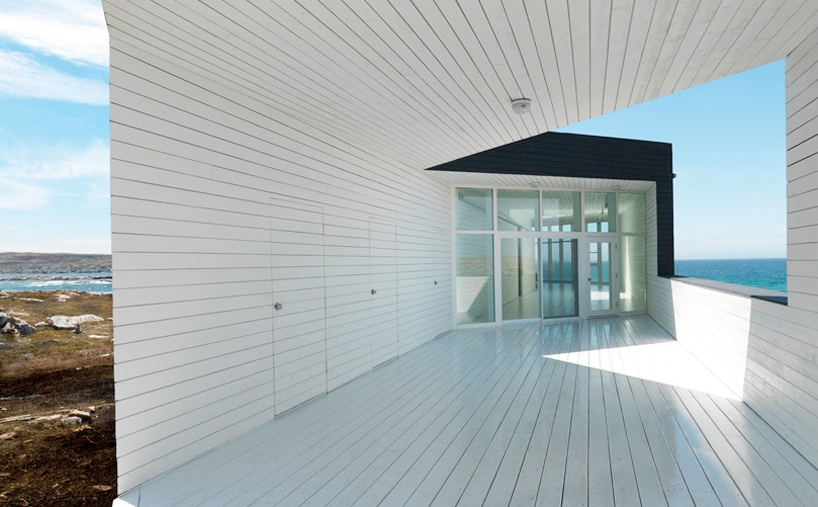 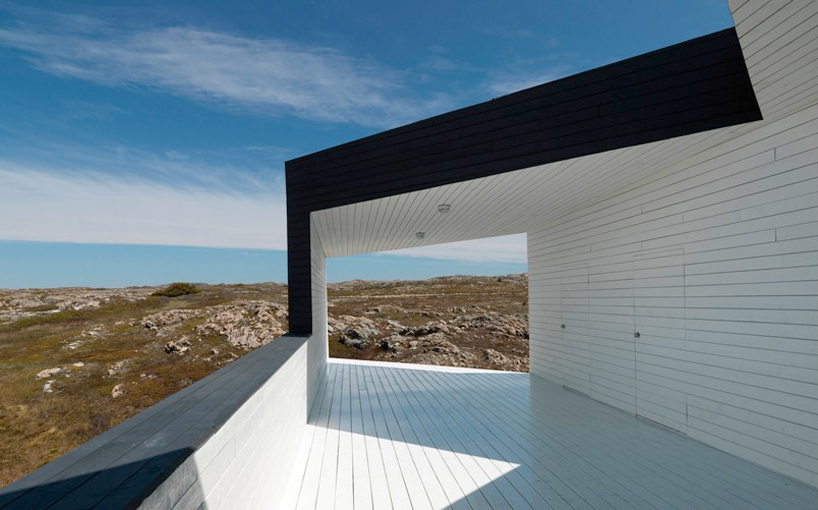 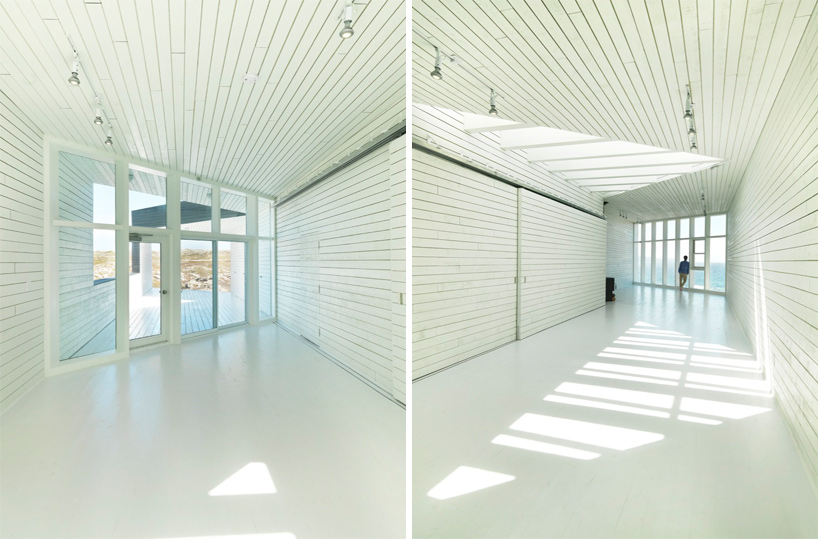 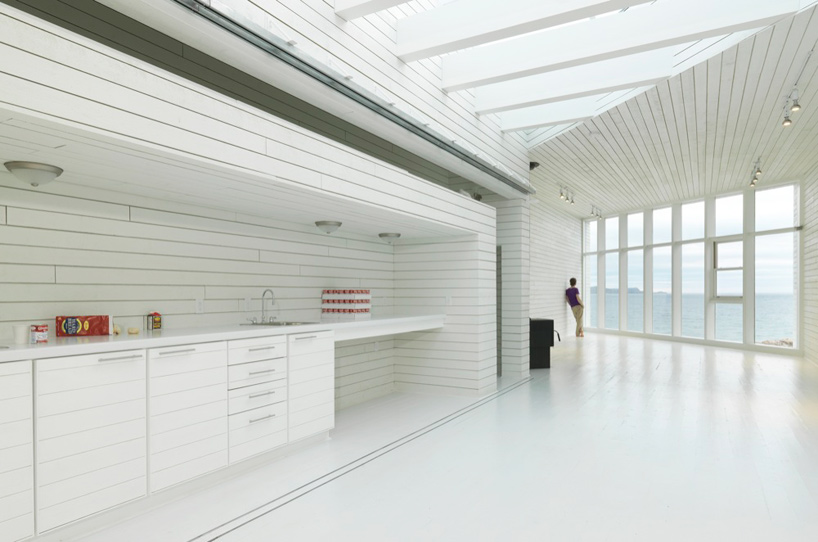 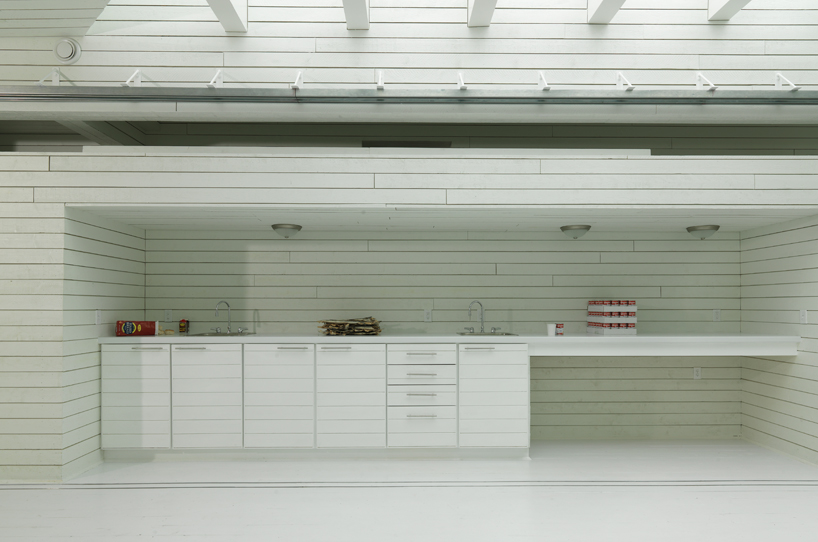 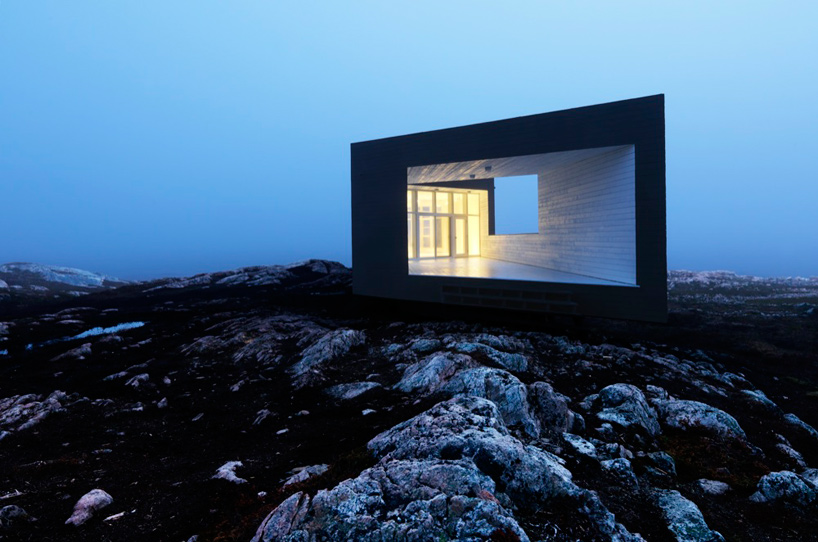 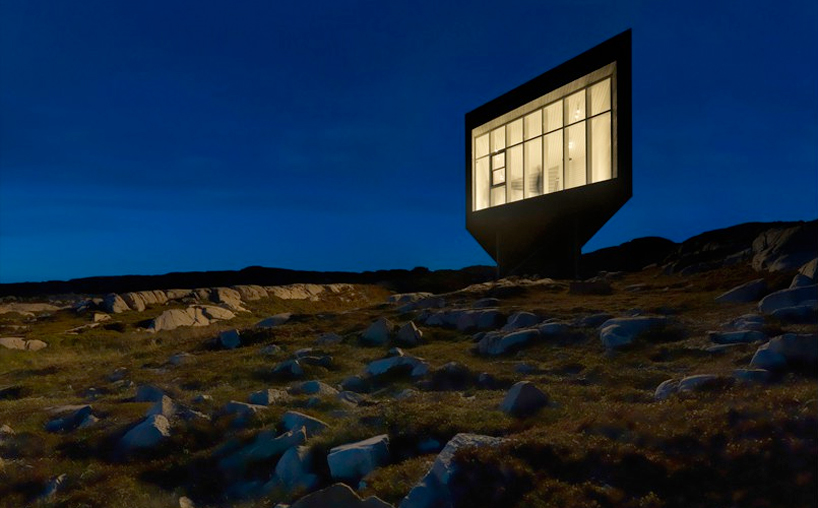 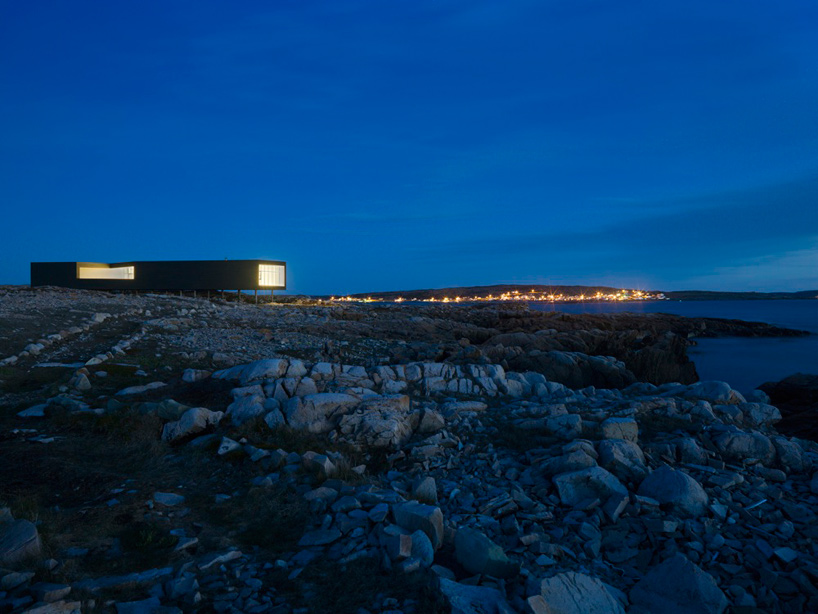 the three-storey ‘tower studio’ stands as a vertical icon in an expansively horizontal landscape. purposely designed to contrast with the elements of the site, the 80m2 studio features twisting planes which result in a dynamic and sculptural form. the upper levels provide a double height room for the artists while the lower floor offers storage and extra studio space. directed northwards to the sea, a large window wraps around the western facade to ensure diffused daylight into the studio. a roof terrace allows for a panoramic view of the surrounding landscapes. 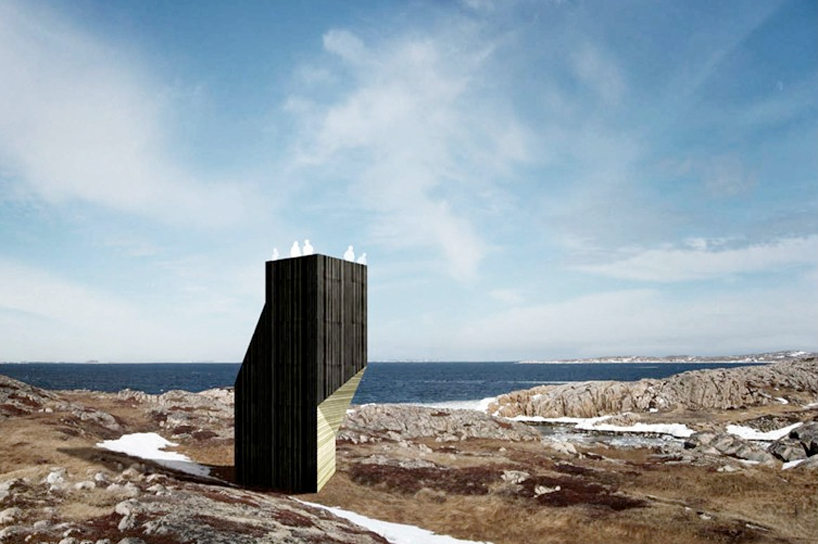 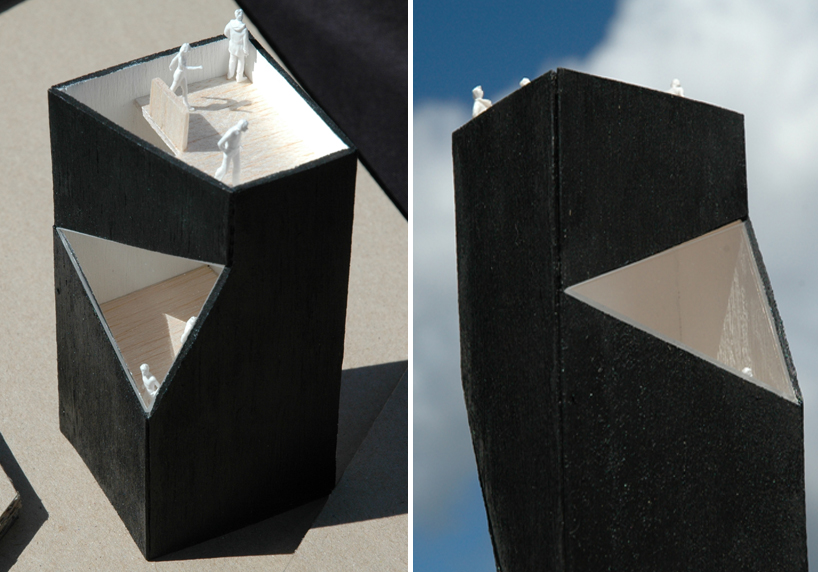 a number of other designs are still being constructed on the island. six studios will eventually provide residencies to artists. 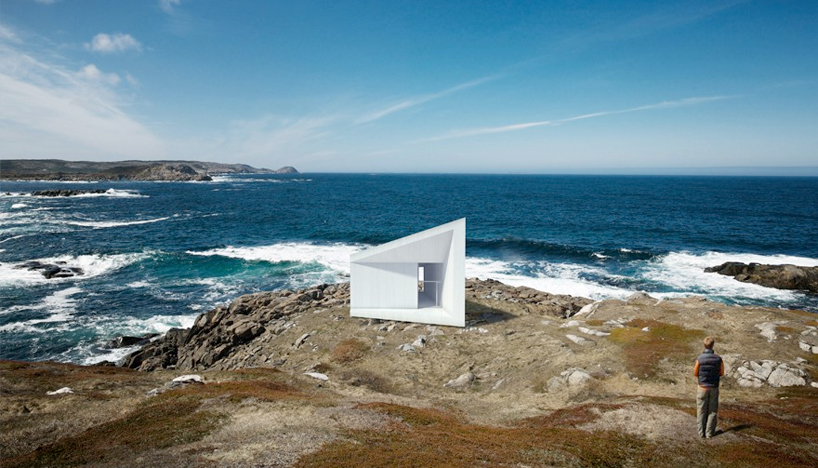 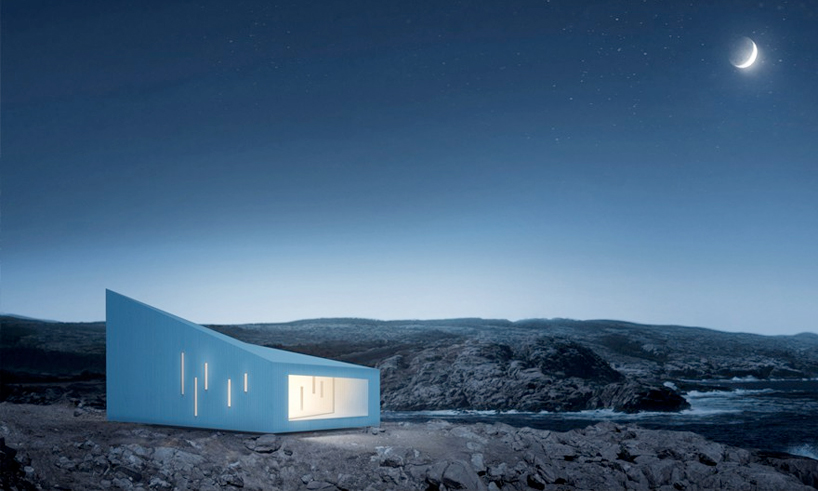 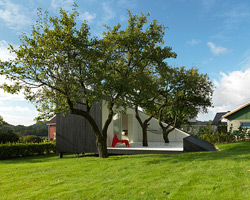 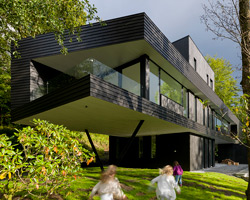 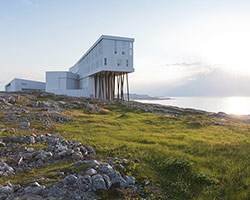 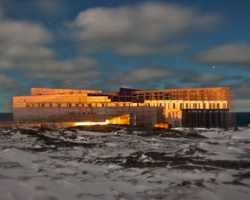 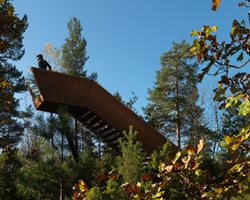 Dec 26, 2021
B.L.U.E. architecture studio caves nature into zolaism dessert café, china
following a GRC pouring process, the man-made stones were transported on site for assembly for a design that secludes people into quietness from the urban rhythms.
architecture
420 shares
connections: +1880