seeking to reassert a connection a particularly historic section of the mississippi river, the minneapolis parks foundation has commissioned the development of a new waterfront park adjacent to st. anthony falls. dubbed ‘water works’, the design is being led by SCAPE / landscape architecture and ROGERS PARTNERS architects+urban designers, whom revealed their plans on october 22. the four acre site will feature heritage ruins, wide stretches of local vegetation, bike/pedestrian pathways, a pavilion structure, and a series of flexible landscape ‘rooms’.

upon reaching the milestone in the landscape redevelopment effort, rob rogers, founder of rogers partners remarks, ‘this is a remarkable opportunity to re­‐link the minneapolis downtown with its storied waterfront. through significant new urban connections, and a recreational and educational pavilion, the park will provide an all‐season place of respite and delight right at the site of the city’s origins – st. anthony falls.’

‘this site is where minneapolis became the city it is today and has long been a point of convergence: between water and land, industry and recreation and between people from across the world. these falls have attracted and captivated people – first native americans, and later, european settlers, who harnessed the power of the falls through a massive intake canal unheard-­of in size, and turned minneapolis into the world’s milling capital. with many hours of collaborative input from community leaders and engaged citizens, and in partnership with staff and citizen advisors appointed by the minneapolis park board, the minneapolis parks foundation has presented a schematic vision for a four-­season park on st. anthony falls that meets the needs of 21st century residents and visitors, while celebrating and reactivating the most compelling features of the site, including the historic intake canal.’ 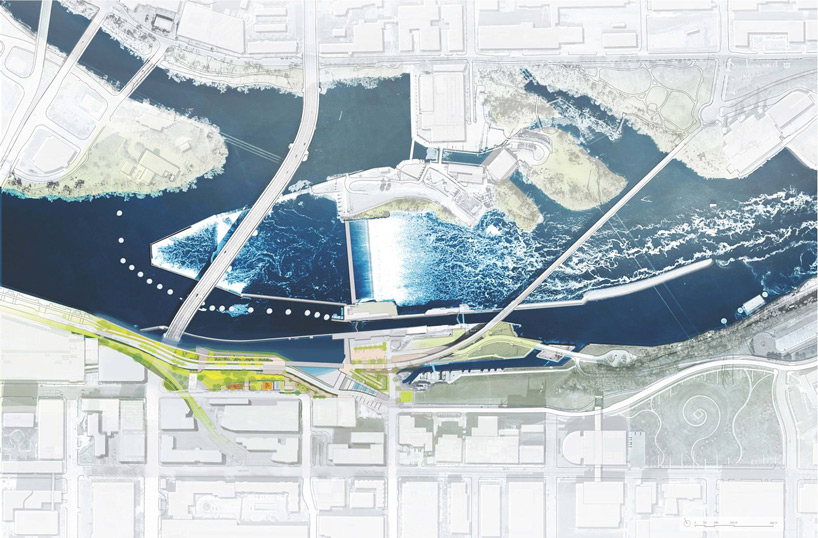 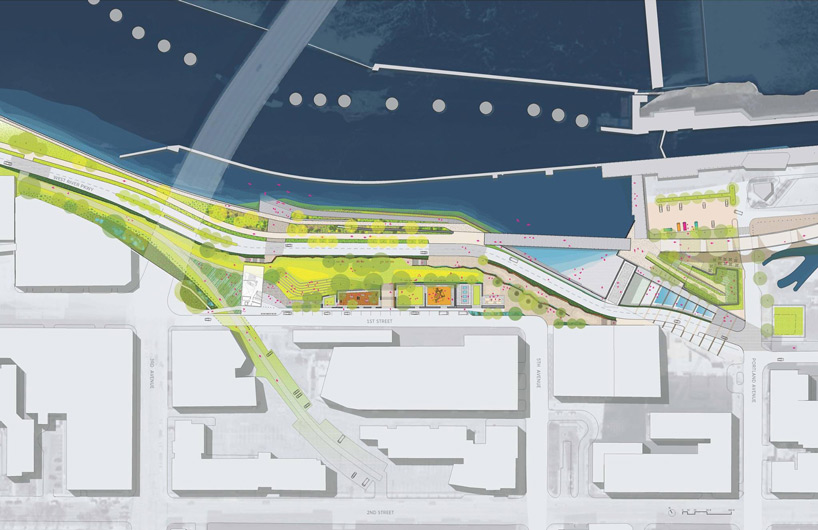