the crystalline landmark designs by schmidt hammer lassen architects for the central harbour front of helsingborg, sweden will  consists of a 16,900 m2 congress, a hotel facility and a 17,100 m2 housing area on helsingborg. the new facilities will play an important part in the ongoing development of the promenade running the length of the city waterfront. the structure is characterized by a deformed grid structure that gives it a crystalline aesthetic, thus, coining its nickname ‘the sale crystals’. the hotel is expected to be 12-storey high, while the congress will initially be 3-storey with added levels in the later future. 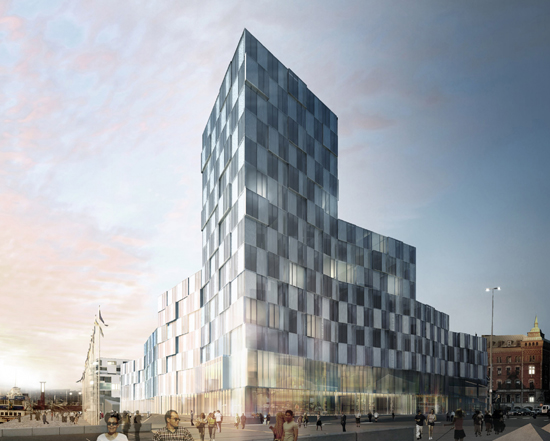 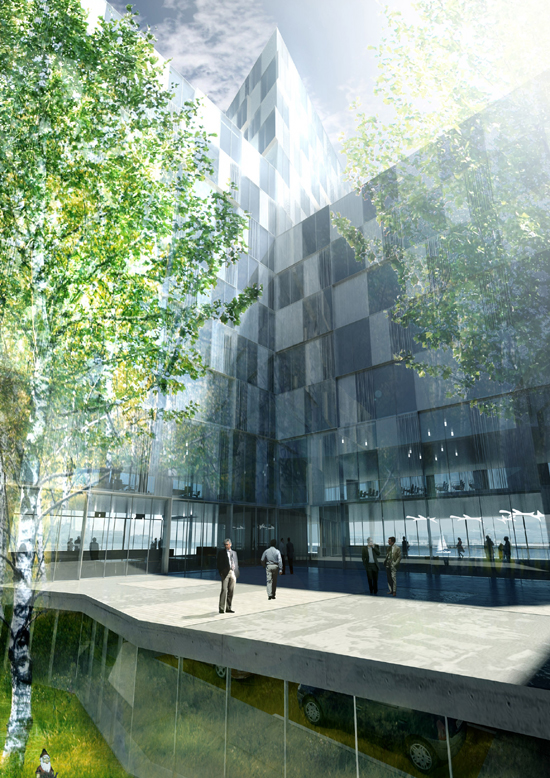 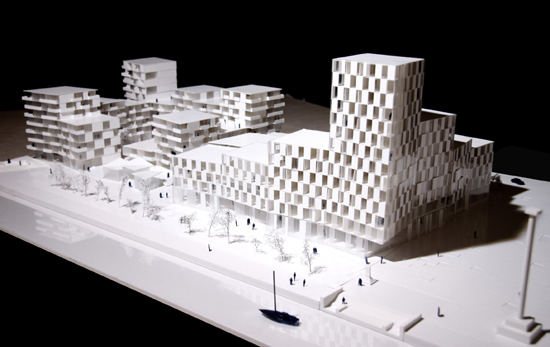 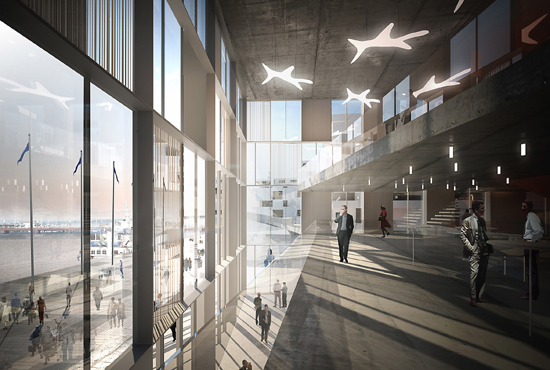 interior of the crystalline landmark

the congress and hotel centre will run along the sea promenade to meet the apartment blocks that are separated from the congress centre by a pedestrian street. the apartment will have the same ‘salt crystal’ grid while its fascade will have a shifting rectangular pattern to further reinforce an element of openness and lightness to the building. the apartment blocks will vary from two to nine stories. the highest unit will placed in the north corner of the block to provide sun and daylight from the south to all 130 apartments.

‘this scheme creates a range of varied and unique city spaces. it forms a life between the buildings, the accessible ground levels, and the new building has coherence with the city. We have created a dynamic architecture, which gives Helsingborg a new landmark on this unique and special site.’ – KA, associate partner of schmidt hammer lassen architects 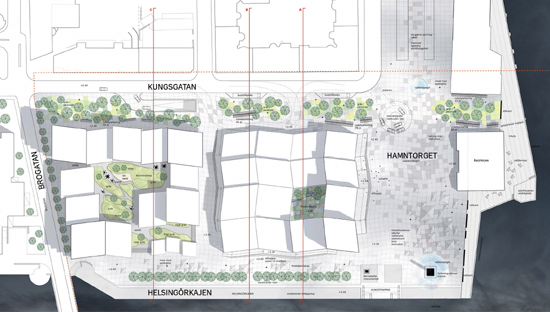 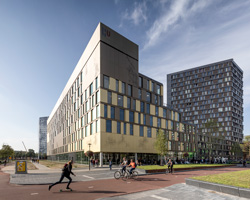 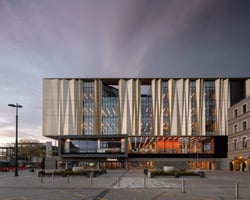 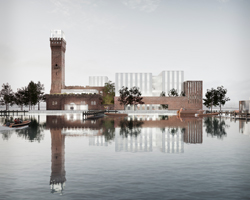 Nov 22, 2021
SANAA to revitalize moscow's historic 'hexagon' pavilion as part of the garage museum
built in 1923 moscow, the six buildings of 'the hexagon' will be renovated by SANAA to join the garage museum of contemporary art.
architecture
0 shares
connections: +1120